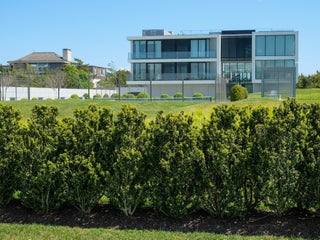 Travellers around the world are flocking to boutique hotels — but no one can agree on what, exactly, they are

Travellers are all about the boutique hotel trend – but what exactly is a boutique hotel? Business Insider spoke with four industry experts, including legendary hotelier Ian Schrager and director of the annual Boutique Hotel Awards Shlomo Gabbai, to get to the bottom of it. “In truth, there is no […] I toured the $10,000-a-night penthouse suite of a new luxury hotel in the heart of Times Square, and I felt like I was miles from the most hated part of New York

Legendary hotelier Ian Schrager just opened a brand-new luxury hotel in the heart of Times Square in New York. The Times Square EDITION is a 452-room luxury hotel that includes a restaurant run by a Michelin-starred chef, an outdoor terrace, and a nightclub. A standard guest room starts at $US360 […] Ian Schrager, the cofounder of legendary nightclub Studio 54, says the club could be recreated today with a few adjustments. Studio 54 was a New York City club known for its wild parties in the early 1970s and ’80s and for attracting high-profile guests like David Bowie and Andy Warhol. […]