Russia using one of its ‘super weapons’ in Ukraine suggests it’s ‘desperate’ because its troops are ‘stuck,’ US official says

A US defense official said Monday that Russia's use of the new Kinzhal missile could mean it is running low on "precision-guided munitions." 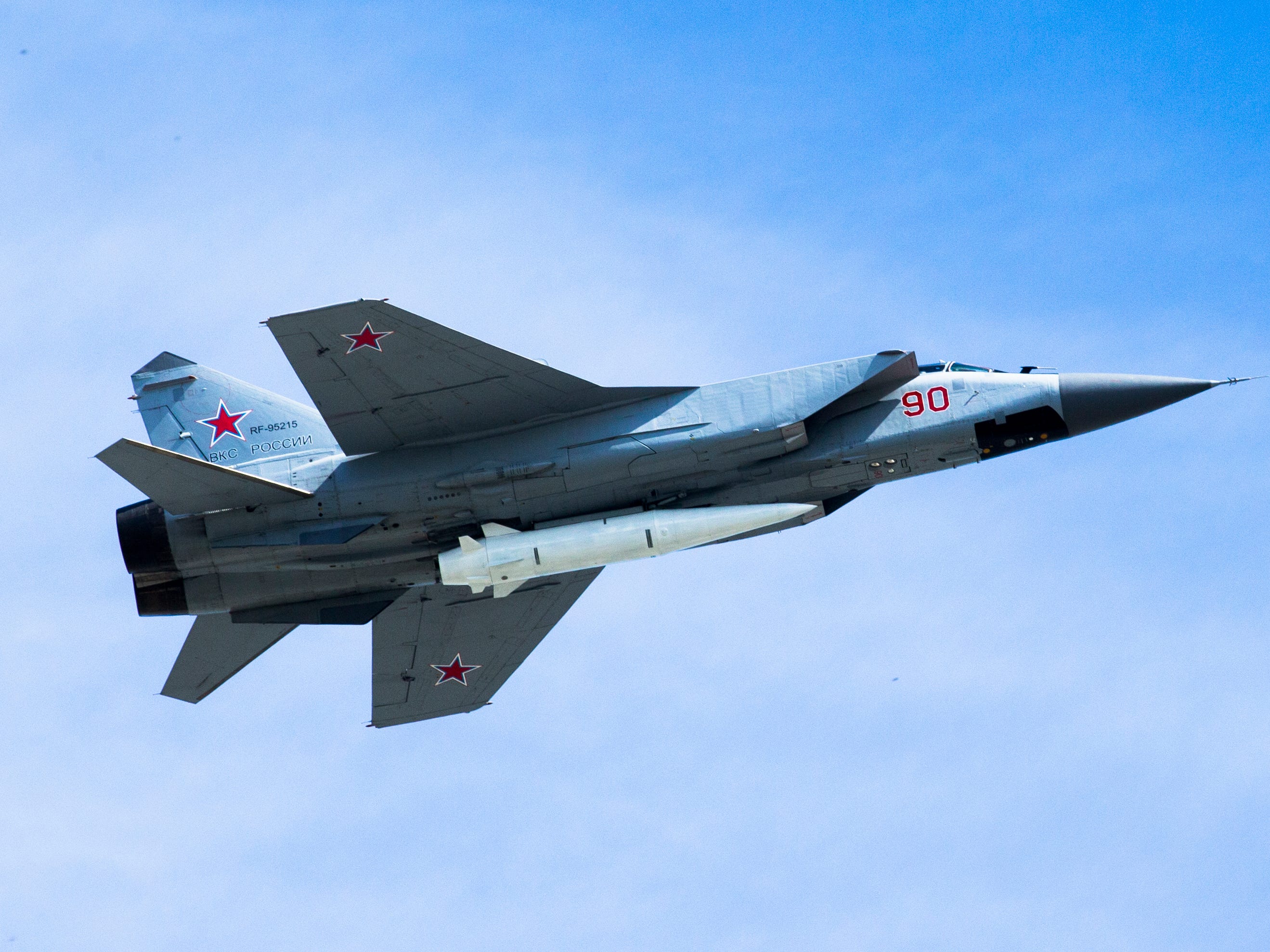 The projectile, possibly a missile or a countermeasure, was reportedly launched mid-flight inside the atmosphere somewhere over the South China Sea. 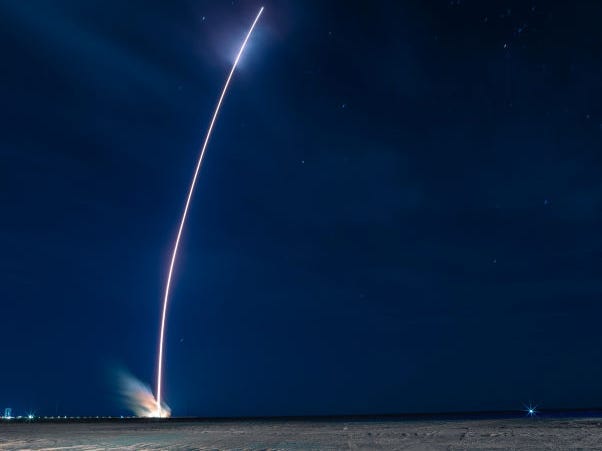 North Korea has been testing new missiles and launch platforms. The latest missile, purportedly a hypersonic weapon, is named the Hwasong-8.

DARPA said the test "was a successful demonstration of the capabilities that will make hypersonic cruise missiles a highly effective tool."

The B-52 bomber tried to launch the test missile, a booster for the AGM-183A ARRW, but it was unable to complete the launch sequence. 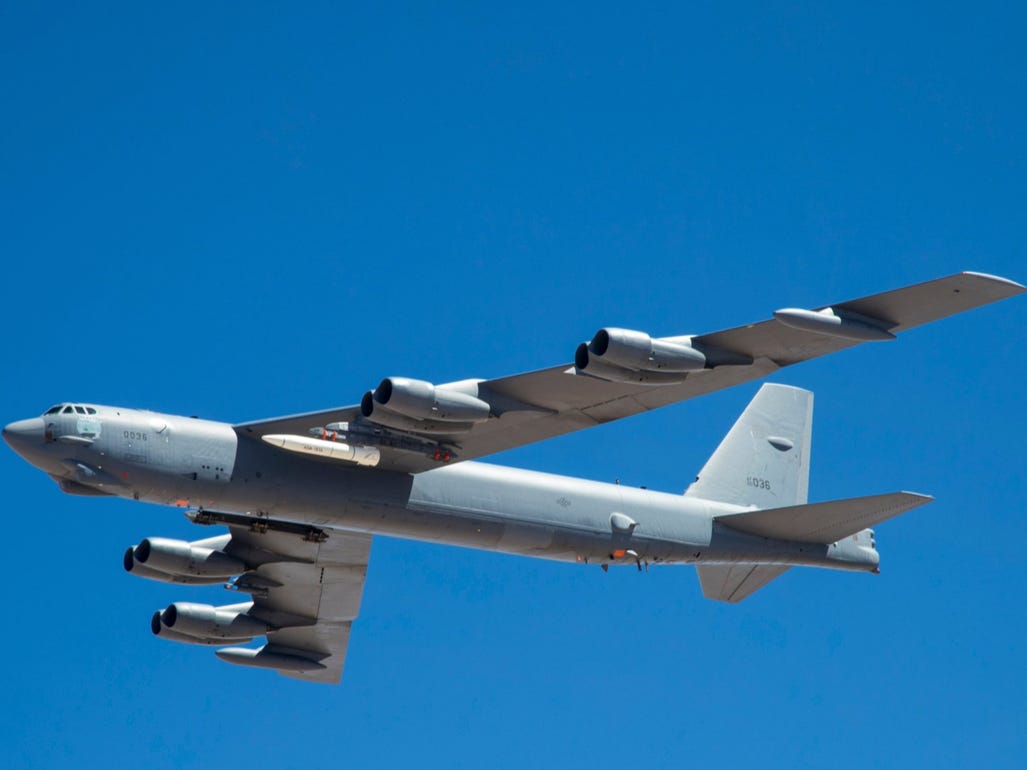 A photo from a big Army conference last fall posted to the official Flickr page of the secretary of the Army appears to reveal plans for a new type of hypersonic weapon, Aviation Week’s Steve Trimble first reported Sunday. The photo shows Army Secretary Ryan McCarthy holding a briefing slide, […] 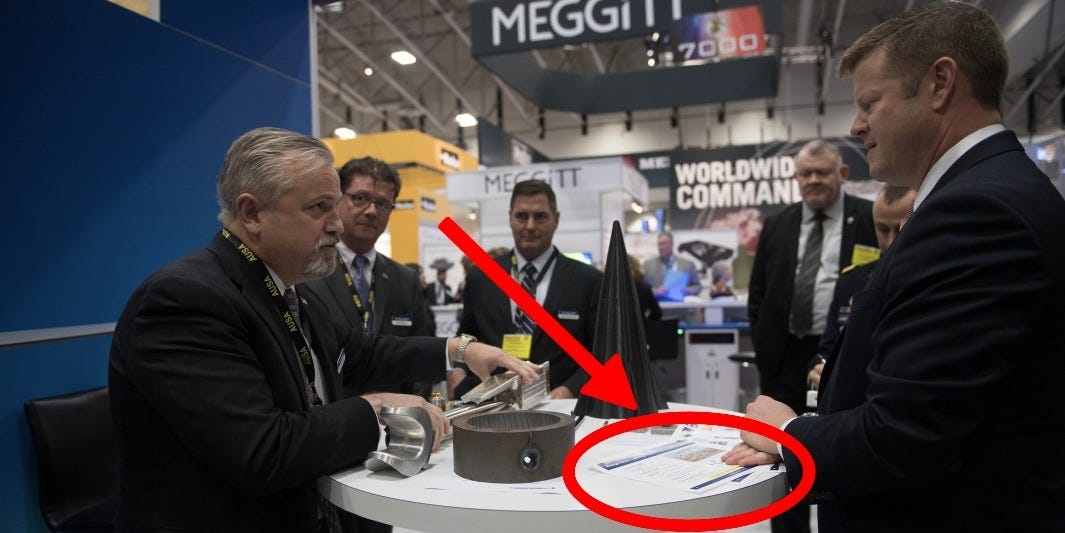 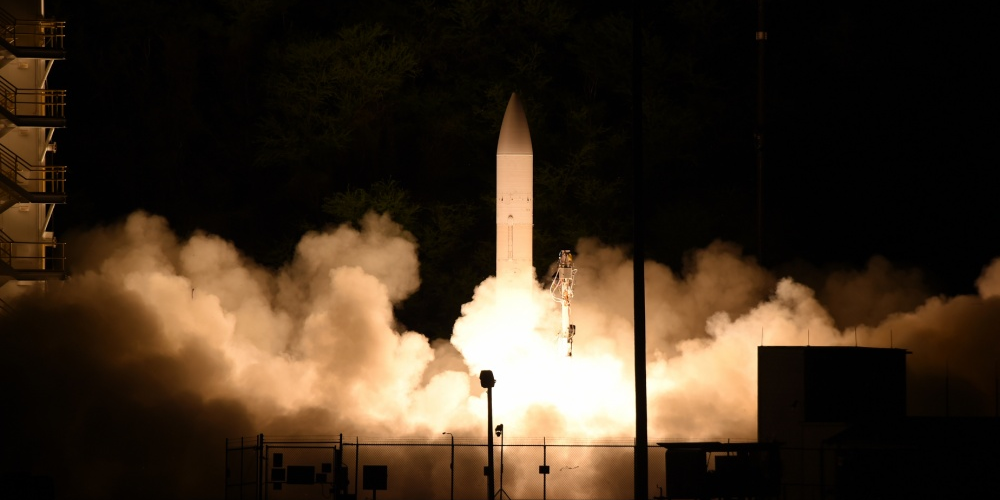 Russian President Vladimir Putin said on Thursday that he offered US President Donald Trump the chance to buy Russian hypersonic missiles, supposedly to stop a US-Russia arms race. “If you want we can sell you some, and this way we will balance everything out,” Putin said he told Trump, according […]
News Jun. 14, 2019, 7:25 AM

A US Air Force B-52 Stratofortress bomber took flight with the service’s new hypersonic weapon for the first time on Wednesday. The AGM-183A Air Launched Rapid Response Weapon (ARRW) being tested was an inactive prototype that the Air Force used to evaluate effects on both the weapon and the aircraft. […]
News Jun. 6, 2019, 3:41 AM

The Army is in a “full-out sprint” to deliver hypersonic and directed energy weapons to the warfighter in the next few years, a general said on Wednesday. The service is expected to field Stryker combat vehicles with 50-kilowatt lasers that can shoot down enemy drones, missiles, and artillery and mortar […]
News Oct. 19, 2018, 7:40 AM

In a fiery warning to rivals, Putin says any country that nukes Russia will ‘drop dead’

Putin warned that rivals like the US that aggressors who strike Russia will perish as sinners, while Russian “martyrs” will go to heaven. Boasting that Russia’s nuclear arsenal has already surpassed its competitors, Russian President Vladimir Putin issued a fire and brimstone warning to his nuclear rivals Thursday. In the […]

The US Army, Navy, and Air Force are teaming up to field unstoppable hypersonic weapons to take on China and Russia

With an eye on defeated a powerful enemy, the US Army, Navy, and Air Force are teaming up to jointly develop hypersonic weapons for advanced warfare. “The Army can get there the fastest. It will be in the field, manned by soldiers, and create the deterrent effect that we are […]
News Sep. 2, 2018, 12:54 AM

The US Air Force put out an open-ended request Thursday for hypersonic weapon concepts and development programs from qualified vendors with experience related to hypersonic platforms. The call comes amid an escalating arms race with China and Russia, both of whom have been actively testing new hypersonic systems. A hypersonic […]
News Aug. 15, 2018, 12:07 AM

The US Air Force has awarded a contract to Lockheed Martin for a hypersonic weapon, the second such contract this year. The request comes just one week after China tested a hypersonic aircraft that some experts believe can carry both conventional and nuclear payloads and evade existing missile defences. The […]
News Apr. 30, 2018, 4:45 AM

Russia, China, and the US are competing in a hypersonic weapons arms race. These weapons can travel at above mach 5 and are manoeuvrable, making them extremely difficult to intercept. Comments by US officials about Russia and China’s recent gains have led some to believe that the US is currently […]
News Apr. 21, 2018, 5:46 AM

Mike Griffin, the undersecretary of defence for research and engineering, said at two congressional hearings that China is beating the US when it comes to hypersonic missile development. He also said that the only way the US could win a war against China was through superior technology, and that the […]
News Mar. 21, 2018, 10:17 AM

China has advanced anti-ship missiles that can seriously limit the strike capability of US Navy jets. The Navy is turning to ways to extend the flight time and range of its aircraft through the use of conformal fuel tanks and aerial refuelling drones. The fuel tanks and are expected to […]