From stereotypes to harassment, Hooters waitresses have heard it all. One waitress revealed what she is sick of hearing on the job. A former Hooters manager ran a UK branch for 21 years. Some people traveled hundreds of miles for the same authentic experience that US customers enjoyed.

Mark James said running a Hooters restaurant in Nottingham, UK, was challenging as customers had high expectations that it would live up to its image. 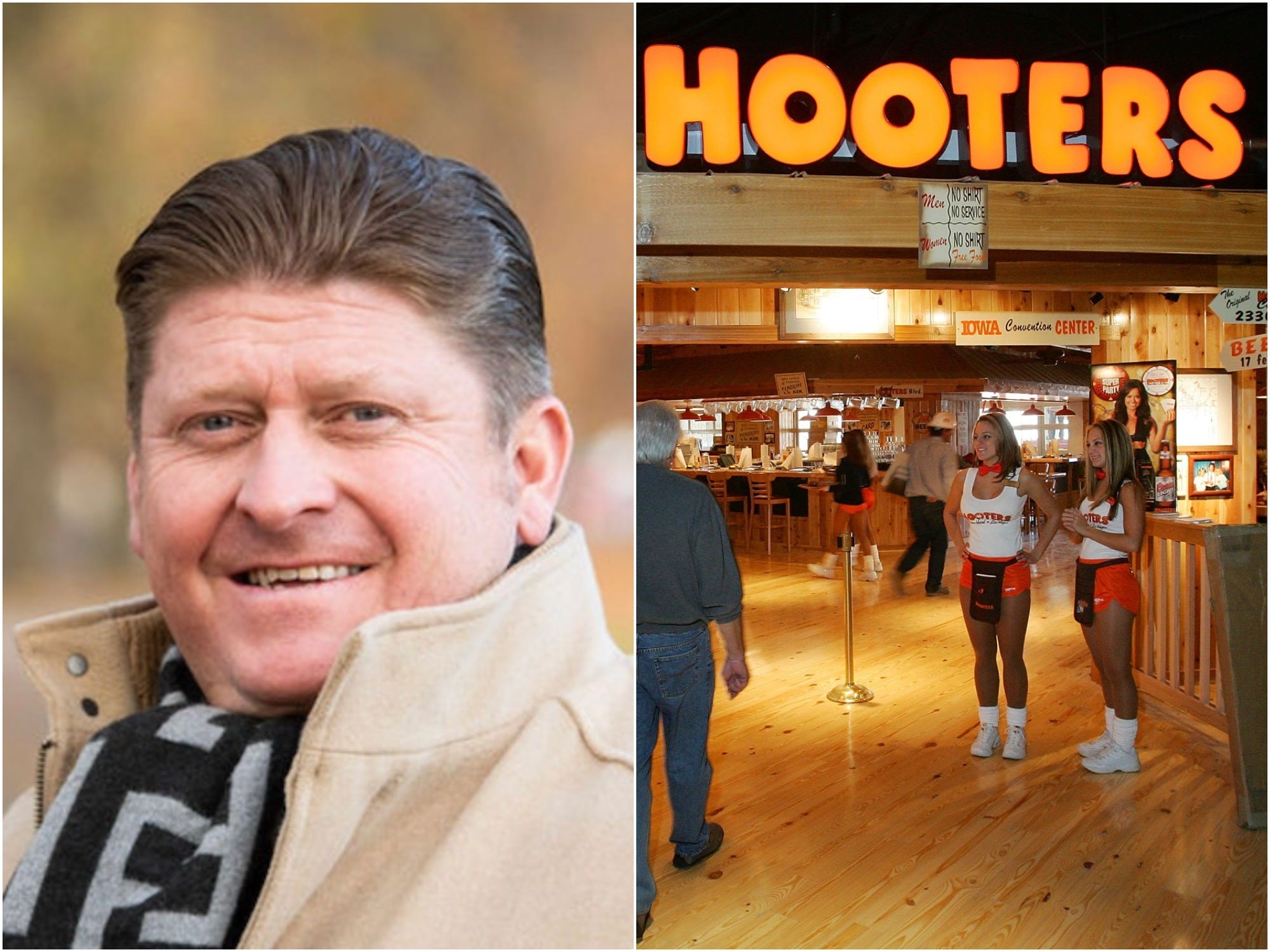 I love working at Hooters, but hearing about our viral new ‘underwear’ uniforms almost made me quit

"I don't know of one coworker who was in favor of the shorts," the Hooters employee told Insider. "The current uniform can be uncomfortable as is." 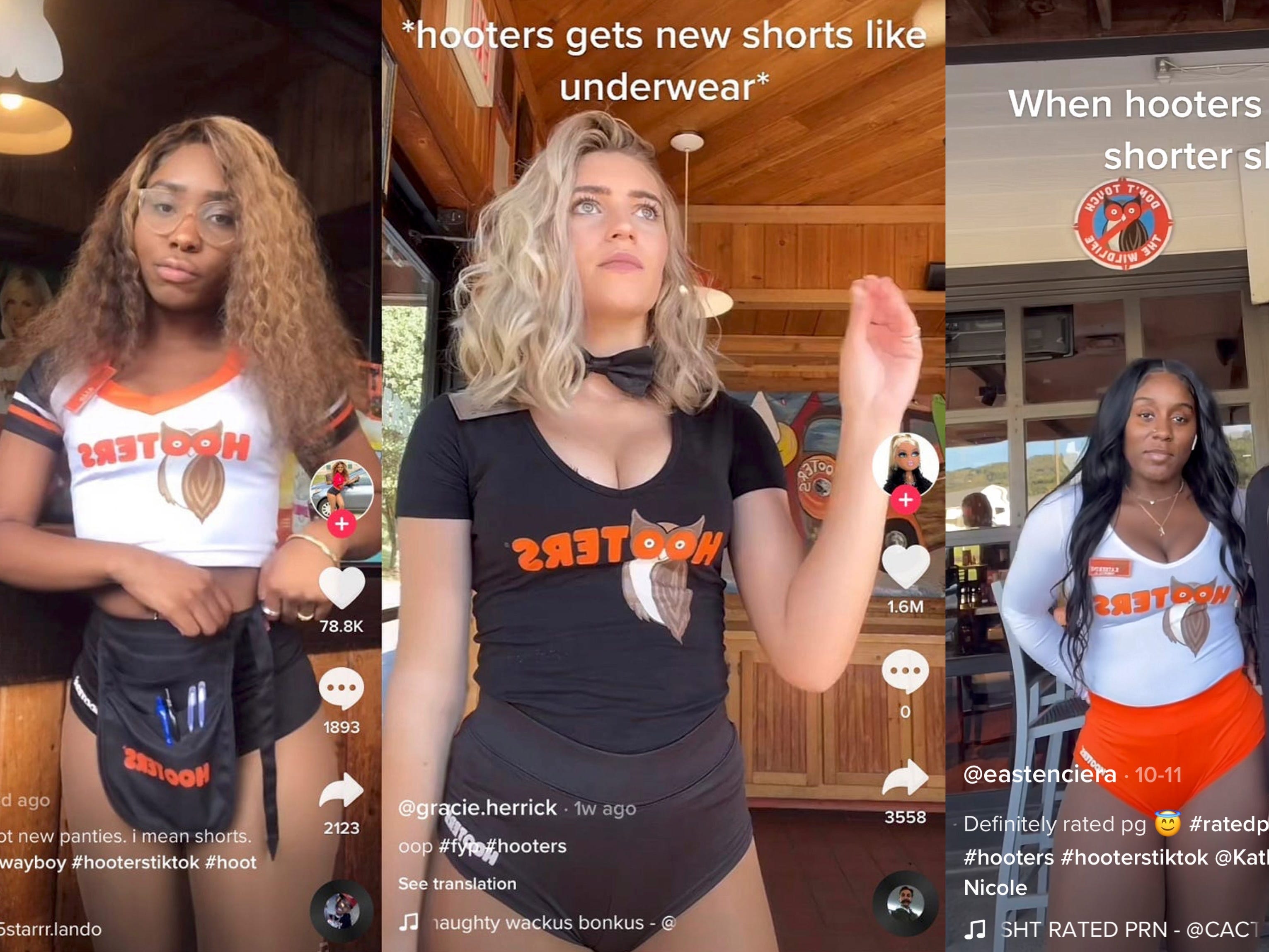 Hooters waitress reveals how much she typically makes in tips, with one shift netting her as much as $408 on top of her hourly wage

Kirsten Songer, who works at Hooters, used a TikTok video to discuss the tips she earns on top of her hourly wage of $2.13. 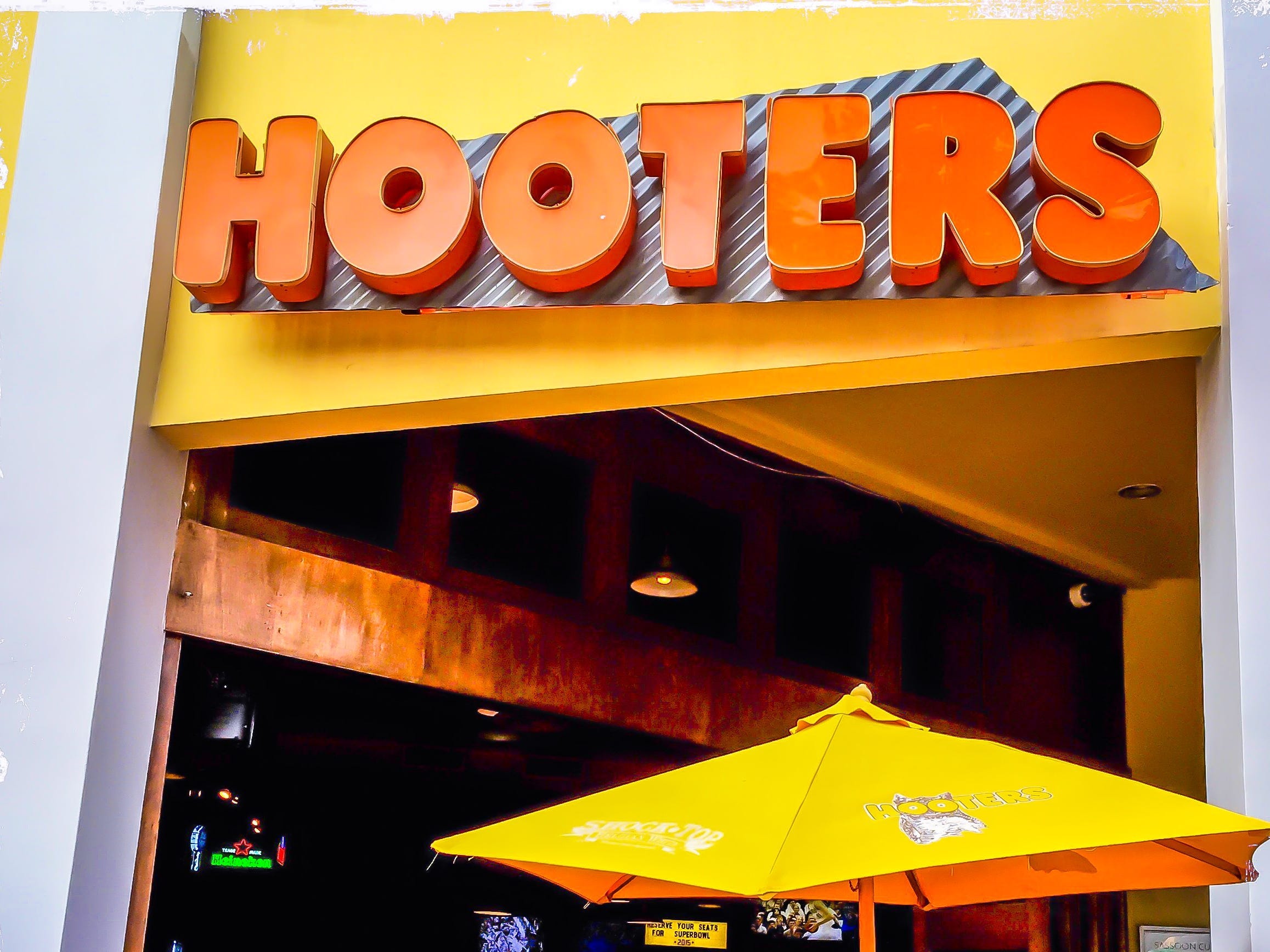 Some Hooters employees say they won’t wear the new uniform shorts that are now optional: ‘I feel like I’m working in my underwear’

Four Hooters workers told Insider that the shorts were more revealing than what they agreed to wear when they were hired. 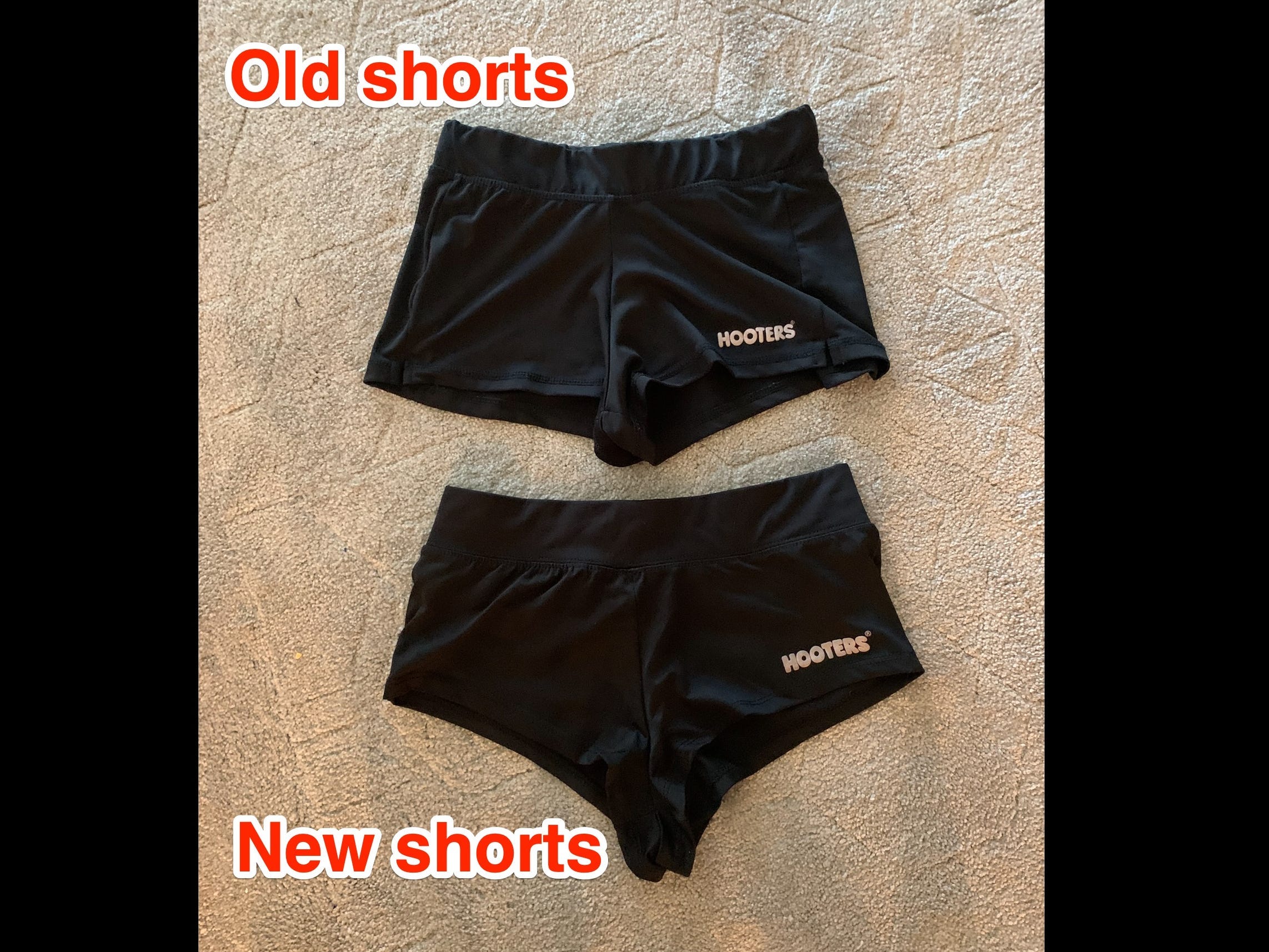 "We are clarifying that they have the option to choose from traditional uniforms or the new ones," a spokesperson wrote in an email to Insider.

‘We survived 9/11 and the 2008 recession. We’re strong’: Hooters’ CEO says sales are better than ever

Hooters is growing with the fast-casual chain Hoots, plus three current virtual concepts with more on the way. 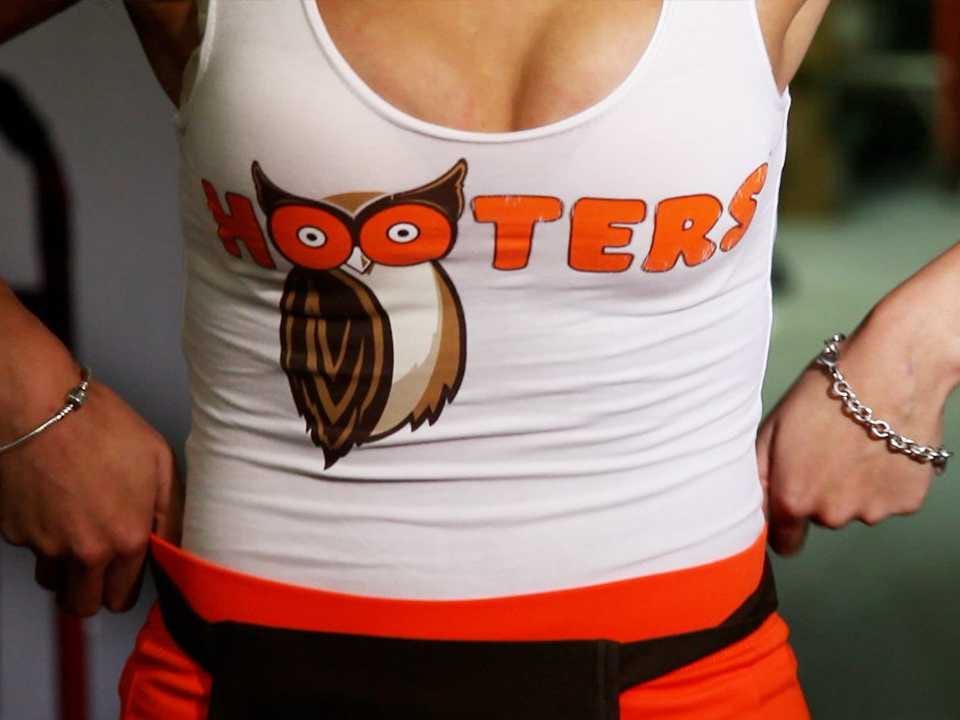 Hooters CEO Sal Melilli told Business Insider that March Madness will be a “telling piece” of understanding what business will look like in 2021. Melilli said the chain has created multiple scenarios for March Madness, to accommodate different COVID-19-related restaurant rules and outcomes for the tournament itself. Hooters and other […] Warren Buffett raised $US210,000 for charity in 1999 by auctioning off a wallet containing a stock tip. The famed investor’s 20-year-old wallet also contained a Geico business card and an expired Hooters discount pass, according to The Wall Street Journal. The winning bidder offered to share the stock tip with […]

Hooters is adding plant-based wings to the menu, a vegetarian option made in partnership with meat alternative maker Quorn. The chicken chain hopes that the plant-based wings appeal to its ageing core customer base, as well as millennials and female customers, Hooters’ global chief marketing officer Carl Sweat told Business […]
News Sep. 25, 2019, 2:01 AM Comedian George Lopez confronted a customer at a Hooters restaurant in Las Cruces, New Mexico, on Sunday. An insider told TMZ that the customer had been making pro-Trump comments and yelling “MAGA” all night. Lopez, 57, can be seen snatching the man’s phone and grabbing him by the back of […]

Hooters, the restaurant chain known for its hot wings and tank top-wearing servers, operated an airline in the early 2000s. You might not have known about it because it didn’t last long – about three years in fact. Here’s how Hooters Air became a successful airline before turning into a […]
News Apr. 5, 2018, 6:47 AM

As Hooters’ sales slump, Twin Peaks is on the rise. The mountain lodge-themed “breastaurant” chain has reported nine quarters of positive comparable sales, with same-store sales growing 5.1% in 2017. According to CEO Joe Hummel, Twin Peaks’ success depends on successfully combining “Twin Peaks girls” with a foodie-approved menu. “Everybody’s […]
US Feb. 24, 2018, 6:58 AM

You might not remember it, but at one point Hooters had an airline. Hooters Air launched in 2003, but closed about three years later. The company cited a number of reasons for the airline’s failure, including a $US40 million loss. But in the short time that Hooters Air existed, it […]
News Nov. 1, 2017, 11:05 AM

‘It’s about women’s rights’: Baristas working at a ‘sexpresso’ stands are suing for their right to serve coffee in bikinis

Millennials are less interested in breasts than...
Next Page »