A Hong Kong police officer knelt on a protester’s neck during an arrest, video shows

A 16-year-old student was detained by Hong Kong police on Friday. Video footage shows two officers pinning her down, with one of them kneeling on her neck. “I couldn’t breathe,” she said. Her detention mirrors the American police killing of George Floyd, a Black man, who was detained by an […] 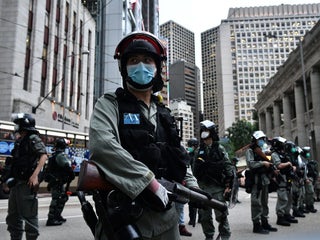 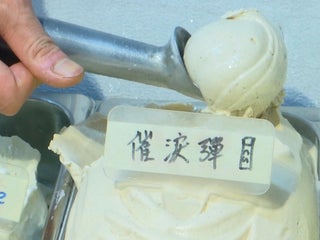 Pepe the Frog, an alt-right symbol in the US, has emerged as the face of the Hong Kong protests

Pepe the Frog, a symbol associated with America’s alt-right, has emerged as a pro-democracy freedom fighter in Hong Kong. Hong Kong protesters view Pepe the Frog as one of them – a character that can be sympathetic to their cause and struggles. Matt Furie, the artist behind Pepe the Frog, […] A video released Sunday showed a child leading Hong Kong protesters in a chant. Sunday’s protest was one of the largest yet in a series of demonstrations that have been going on for more than two months. Visit INSIDER’s homepage for more stories. A heartwarming video shows the moment a […] Chinese pop stars have come forward to publicly express their support for China, as Hong Kong’s protests enter their eleventh week. At least eight pop stars from mainland China, as well as a singer from Taiwan and one from Hong Kong, have posted on social media stating their allegiance to […] Citywide protests organised by the pro-democracy movement held on Monday brought Hong Kong to a standstill, with businesses shuttered, roads empty, and over 100 flight cancellations at the city’s airport. Here are 12 photos that show the mass protests – as well as unusual silence – that gripped Hong Kong. […] Hong Kong’s chief executive apologised after protests against her plan to introduce a bill that would allow China to extradite people from the city. “This incident has made me realise that I need to do better,” Carrie Lam said at a Tuesday press conference. But she refused to withdraw the […]

Protesters in Hong Kong are attempting to hide their identities amid mass protests over a controversial extradition bill. Protests began Sunday and continued Tuesday night and into Wednesday. Clashes between protesters and police turned violent on Wednesday. Debate on the bill was slated for Wednesday morning but was postponed. The […] Protesters in Hong Kong are being told to avoid public hospitals over fears of arrests by police, who activists warn may be stationed outside medical buildings. Eighty-one people injured during the protests were sent to public hospitals, according to Hong Kong’s information bureau. Eleven people have been arrested in connection […]