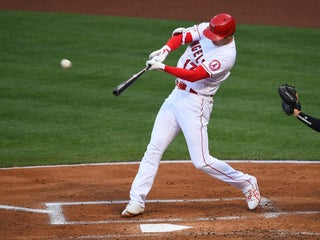 Barack Obama penned a beautiful tribute to Hank Aaron after the baseball legend died Friday at 86 years old. The former president lauded Aaron for both his talent on the diamond and his tenacity to endure racism off of it. Letters circulating on social media depict the degree of virulent […] 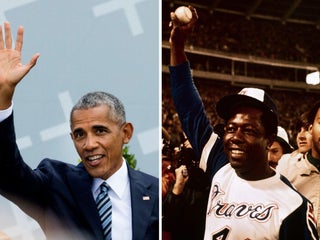 Cody Bellinger hit a Game 7-winning home run to clinch the Los Angeles Dodgers’ spot in this year’s World Series. The 2019 National League MVP enjoyed an epic bat drop and strut to first base before celebrating the solo blast with his teammates. After crossing home plate and jumping around, […] 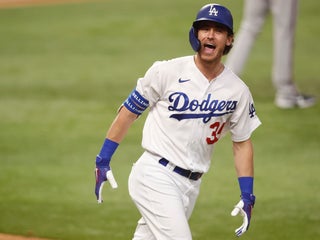 Right fielder Manuel “Manny” Margot was the breakout star of the Tampa Bay Rays’ 4-2 victory over the Houston Astros in Game 2 of their ALCS series. Margot started off the game with a three-run blast – his fourth home run of the entire season – to put the Rays […] 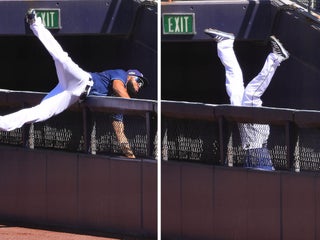 Fernando Tatis Jr. had the bat flip of the MLB playoffs, but the Padres star said the José Bautista-esque celebration was only the second-best of his career

San Diego Padres superstar Fernando Tatis Jr. ripped an opposite-field blast over the right-field fence to extend the Friars’ seventh-inning lead to 9-6 over the St. Louis Cardinals Thursday night. After launching the 3-2 pitch out of the park, the 21-year-old calmly walked out of the batter’s box and, with […] 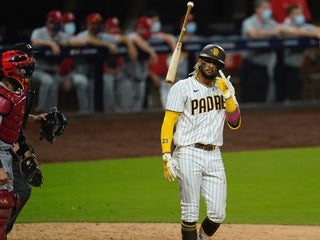 In a surreal scene, Josh Donaldson of the Twins was ejected after hitting home run when he rounded the bases and then antagonized the umpire by kicking dirt on home plate

Minnesota Twins third baseman Josh Donaldson was ejected after squabbling with home plate umpire Dan Bellino during Thursday’s game. After Bellino called a controversial strike against Donaldson in the sixth inning and the duo exchanged words, the former AL MVP ripped a dinger over the left-field fence. He kicked dirt […] 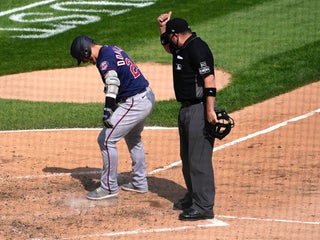 A video of Bombers 18U Gold National Team star Emma Humplik hitting absolute blasts during batting practice has gone viral. In the clip, the 18-year-old catcher hits ball after ball to the moon and over the outfield fence. The coach of a team Humplik faced back in February said the […] 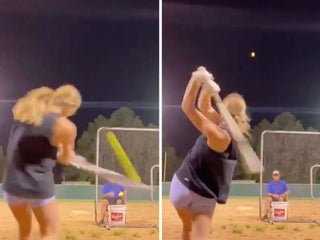 New York Mets slugger Pete Alonso has been named the 2019 National League Rookie of the Year. As a tribute to the 24-year-old, the MLB released an emotional video in which Alonso reflects on “What The Good Life Means to Me.” In the video, Alonso – who paced the NL […] Bryce Harper hit a monstrous walk-off grand slam into the upper deck in Philadelphia to cap a wild comeback for the Phillies on Thursday night. On Twitter, fans celebrated the wild finish, as well as the brilliant commentary that the moment provoked. The Phillies have had an up-and-down season thus […]

Trevor Story hit 3 home runs including one that travelled 505 feet, the longest in the history of Statcast

Colorado shortstop Trevor Story had himself a night on Wednesday, hitting three home runs to help the Rockies to a 5-3 win over the Giants. Story’s biggest home run of the day came as a 505-foot moonshot that is the longest since baseball began tracking distance with Statcast. It was […]

The Cleveland Indians and Minnesota Twins are playing a two-game series in Puerto Rico, the first regular-season MLB games on the island in eight years. Two-time All-Star Francisco Lindor was born in Puerto Rico and hit a home run in the fifth inning. The crowd erupted as Lindor was rounding […] Bryce Harper hit a broken bat home run on Monday night in the first inning of the Nationals game against the New York Mets. The home run travelled a whopping 406 feet over the right-center fence, giving Harper his eighth home run of the young season. Baseball fans were left […] Shohei Ohtani, the Japanese Babe Ruth who can both hit and pitch, hit his first career home run, a 3-run home run for the Los Angeles Angels on Tuesday night in his first career at bat in front of the home fans. After rounding the bases, Ohtani’s Angels teammates gave […] The 2018 MLB season started off with a bang as Chicago Cubs center fielder Ian Happ hit a home run on the very first pitch of the year. It was the 25th home run of Happ’s career, and be just the start of a rough first inning for the Marlins, […] MLB is directing teams to store balls in air-conditioned, closed rooms with climate sensors this season to combat the recent surge in home runs. Dry conditions can make the balls slicker and more lively, perhaps leading to more home runs. MLB will study the effects on the balls to see […]

On the 29th anniversary of Kirk Gibson's... Aaron Judge has put together one of the... On Tuesday, Alex Gordon of the Kansas City... JD Martinez accomplished one of the rarest feats in baseball: 4 home runs in one game Giancarlo Stanton may not break the Major...