Hoda Kotb thought she was destined to be an aunt. Now that she is a mom of two through adoption, she says there’s no better feeling.

The "Today" show anchor opened up in a podcast about her journey of becoming a mom through adoption and how her daughters felt like hers immediately. 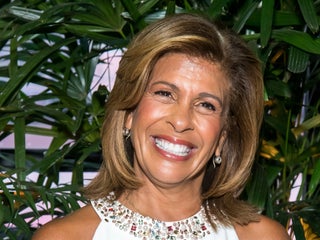 Kathie Lee Gifford hosted the fourth hour of the “Today” show for the last time after 11 years on the program. Gifford initially announced her departure in December after more than a decade in a fan-favourite pairing with co-host Hoda Kotb. Personal tributes from celebrities and fans of the 65-year-old […]

Kathie Lee Gifford announced on Tuesday that she is leaving the “Today” show sometime after the show’s anniversary in April. Gifford has been a member of the NBC morning show for nearly 11 years, co-hosting the popular fourth hour since 2008. Kathie Lee Gifford made the tearful announcement that she’s […] NBC is considering bumping Megyn Kelly’s ratings-troubled show back an hour, Page Six reported. “Megyn Kelly Today” has struggled with ratings since its September 2017 premiere. The slot would be filled by Kathie Lee Gifford and Hoda Kotb’s hour of the “Today” show. After months of low ratings, NBC is […] Hoda Kotb and Savannah Guthrie of the “Today” show told People magazine in an interview that they are still heartbroken over NBC’s firing of Matt Lauer over sexual misconduct allegations. The pair described saying a prayer before going on air in November to announce the news of Lauer’s firing. Kotb […] Hoda Kotb said Matt Lauer congratulated her after she replaced him as the “Today” show coanchor on Tuesday. Kotb told Entertainment Tonight that Lauer sent her a text with “some really nice words.” NBC fired Lauer in November after receiving a complaint of “inappropriate sexual behaviour.” Hoda Kotb said in […] The “Today” show hosts have vowed to cover the allegations against their former colleague Matt Lauer “as journalists” and be transparent with viewers. Savannah Guthrie, Hoda Kotb, and Kathie Lee Gifford have said on the show that they are saddened by the allegations and grappling with how to process the […]

Here’s What The ‘Today Show’ Hosts Look Like Without Makeup