Alex Ovechkin delivered a scary knockout to the 19-year-old rookie Andrei Svechnikov in the first period of Monday night’s game between the Washington Capitals and the Carolina Hurricanes. It was Ovechkin’s first fight since 2010 and just the fourth of his career. He outweighs Svechnikov by about 40 pounds. After […]

Tampa Bay Lightning defenceman Andrej Sustr suffered a gruesome gash to his face when he was involved in a fight and his visor broke. Sustr needed 15 stitches to the wound on his face and later shared photos from before and after the team doctor’s needlework. He is a hockey […] San Jose Sharks’ center Joe Thorton lost a huge chunk of his beard while fighting Toronto Maple Leafs’ center Nazem Kadri on Thursday night. The fight took place just seconds into the game, after the two had been removed from center ice before the opening puck drop. After the game, […] Kevin Bieksa of the Anaheim Ducks threw a... In most other sports, there are serious consequences for fighting. However, in hockey, fighting is part of “The Code.” Fighting has been an officially accepted part of hockey at the professional level for almost a century. Rule 46 in the NHL rule book allows referees to determine appropriate penalties after […] 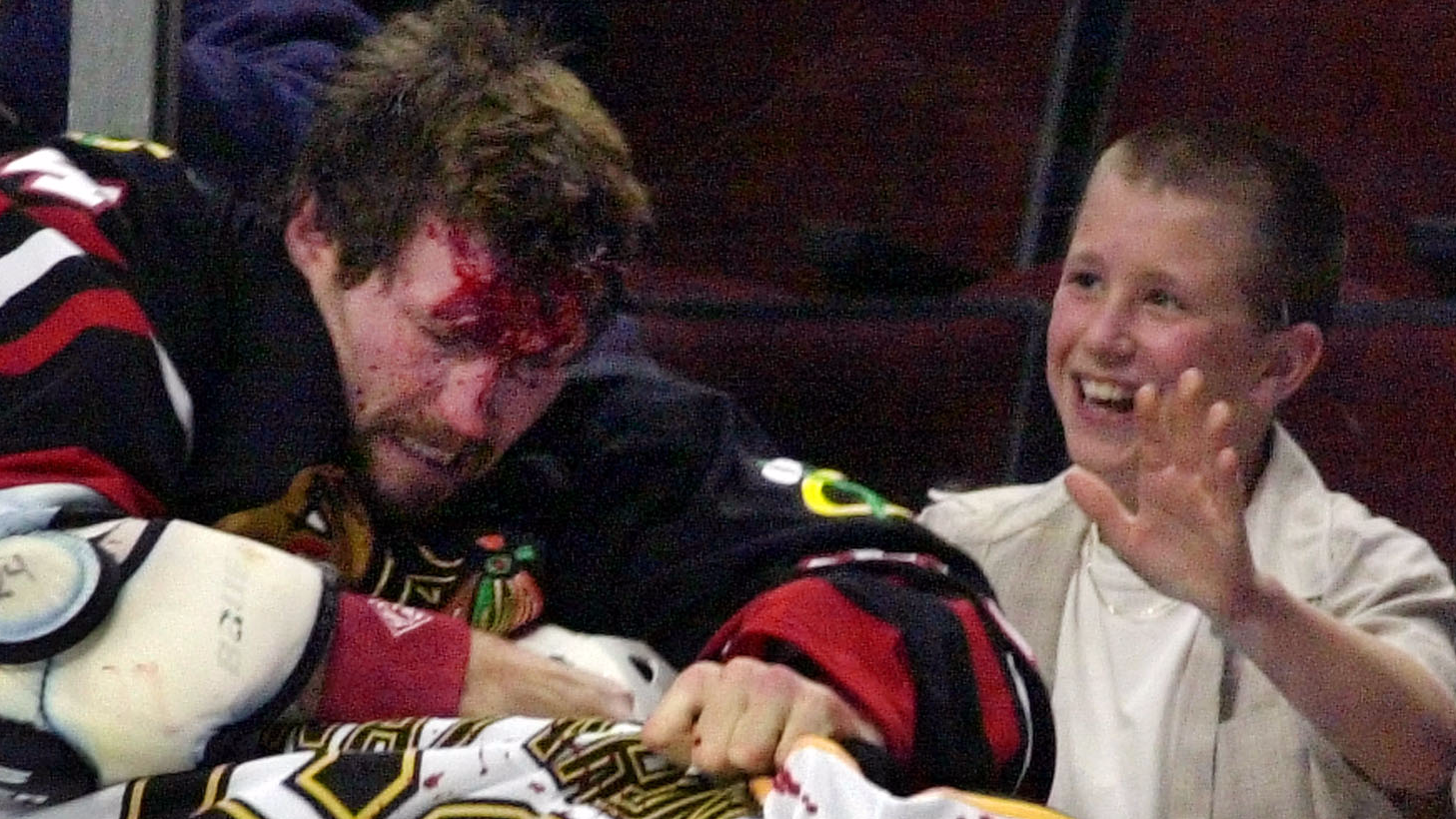 Minor league hockey goalie knocks out opposing goalie with one punch, then helps him up

Although fisticuffs are relatively... A huge line brawl broke out between the Philadelphia Flyers and the Washington Capitals. But the part that has NHL fans buzzing was the unprovoked attack by Flyers goalie Ray Emery on opposing goalie Braden Holtby. While goalies squaring off during a line brawl is not uncommon, it was clear […] One thing that has curbed the frequency of massive brawls in hockey are the severe penalties for players leaving the bench area. But what happens when a brawl breaks out in the bench area? We found out this weekend when Rockford Ice Hogs and Chicago Wolves faced off in the […] The NHL Playoffs Have Been Hijacked By Violence And Cheap Shots, And It’s An Absolute Joke

[credit provider=”NBC”] Over the last two weeks the NHL Playoffs have descended into an exhibition of violence in all its forms.The games have been secondary to the ritualized violence of fighting, and the outlawed violence of cheap shots and head hunting. WATCH: A Flyers Player Got In A Fight Immediately After Scoring A Goal Last Night

The puck was barely settled in the back of the net when Philadelphia Flyers winger Scott Hartnell and Maple Leafs defender Dion Phaneuf dropped the gloves and went at it last night. Ralph Nader In An Open Letter To NHL: BAN FIGHTING

[credit provider=”AP” url=”AP”] I’m pretty sure Ralph Nader isn’t running for President this year, and if he’s not doing that, he must fill his time with other things. One of these things is an organisation called League of Fans, self-described as a “a sports reform project founded by Ralph Nader to […] The Biggest Problem In Hockey Isn’t Fighting Itself, But The ‘Enforcers’ Notoriously Responsible

Derek Boogaard was in 66 fights as an NHL player. As a minor league player and a junior level player, he was in many, many more. An exact number we cannot possibly figure out, but we do know that Boogaard was punched in the head more times than any man […]

Things got crazy in Nashville last night when the Predator’s Jordin Tootoo got into a nasty collision with Sabres’ goalie Ryan Miller. WATCH: An NHL Player Knocks A Guy Out Cold And Then Taunts Him On His Way To The Penalty Box