At least six people were killed and more than a dozen were injured in armed clashes that broke out in Beirut. 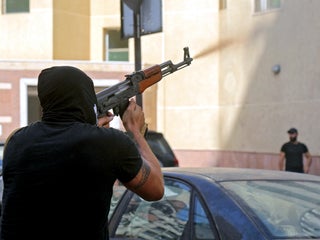 How Iran and Hezbollah trapped Israel into staring down 150,000 rockets on its border that it can only counter at a terrible cost

Israel this week sent more units to reinforce its northern border with Lebanon, which bristles with rockets and missiles from the Iranian proxy group Hezbollah. Tensions there threw light on a long-standing dynamic which Israeli sources told Insider is a trap their leaders effectively walked into. Over decades Hezbollah has […] 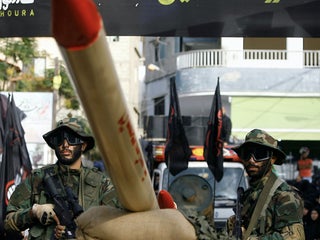 The US released a Lebanese terrorist – who raised $US1 billion for Hezbollah – after he served just one year in prison. Security officials in Europe and the Middle East are baffled as to why America would spend a decade hunting down such a high-value target and then let him […] 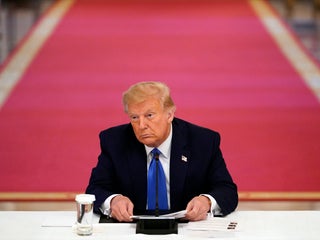 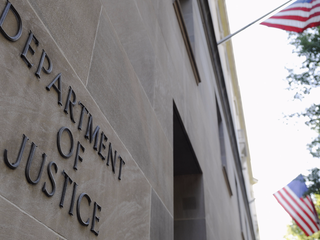 The US and Iran started this year exchanging blows, with the US killing a senior Iranian commander and Tehran firing ballistic missiles at US troops in Iraq. Neither side has escalated tensions further, but Iran’s sprawling network of proxies and assets has raised concern it could strike US interests around […] The Trump administration quietly released $US105 million in military aid to Lebanon amid rising criticism and concern from US lawmakers and both current and former US officials. The military aid was placed under a mysterious hold for months with no explanation. Democratic Sen. Chris Murphy, who sits on the Senate […] The Trump administration has frozen over $US100 million in military aid to Lebanon as it faces a major political crisis, and it’s offered no explanation as to why. US lawmakers and experts are warning the aid freeze plays right into Iran and Russia’s hands. The aid freeze could make it […] The police in Greece think they may have finally arrested Muhammed Ali Hamadi, a notorious Hezbollah terrorist who took part in the 1985 hijacking of a TWA jet in which a US Navy sailor was tortured and killed. But some sources in the US have said they don’t believe the […] The US put sanctions on a Hezbollah-linked bank, a likely show of support for Israel as conflict with Lebanon looms

US officials entered the surging conflict between Israel and Lebanon Monday, imposing sanctions on a Lebanese bank linked to Hezbollah. It came as Israel identified what it said were the leaders of an Iran-backed Hezbollah tech project which has prompted a series of air strikes. Tensions in the region are […] Tensions between Israel and its neighbours have soared in the past week. Israel has launched air strikes on Iraq and Syria, while Hezbollah in Lebanon accuses it of trying to assassinate a leading militant with exploding drones. Sources in Hezbollah, Lebanese intelligence, and the UN, tell Business Insider they fear […] Attorney General Jeff Sessions announced a new transnational organised-crime task force on Monday. It’s part of the Trump administration’s crackdown on crime that has been one of its priorities since President Donald Trump took office. The Justice Department, following Trump’s lead, has intensified its efforts against the transnational gang MS-13, […] Secretary of State Mike Pompeo said Monday that the US would “crush” Iranian proxies around the world and impose the “the strongest sanctions in history” on the country. In his first major policy speech as secretary of state, Pompeo unveiled the Trump administration’s new strategy toward Iran almost two weeks […] Airstrikes in northwest Syria are believed to have killed more than a dozen Iranian personnel. The perpetrator of the strikes has not been confirmed, but they appear to have been carried out by Israel. The death toll makes an Iranian response, and potential escalation, more likely, according to a former […] The resignation last month of Lebanese Prime Minister Saad al-Hariri at the hands of Saudi Arabia has put Hezbollah, a Shia jihadist group, at the helm of Lebanese politics. Impoverished Sunnis, many who feel leaderless and have radicalized over the decades as a result, may become pushed into sectarian violence […] Even by Middle Eastern standards the events of the past week have been extraordinary. Where does one begin? Perhaps a timeline with the key headlines would help. But, before we do that, lets establish a few ground rules. The geopolitical prism through which we must view the Middle East is […]

Saudi Arabia may be working to set the scene... Three men alleged to have links to Lebanese...