5 missing after a US Navy helicopter crashed off San Diego

The US 3rd Fleet said one crew member was rescued after Tuesday's crash, and the search was still underway for the others. 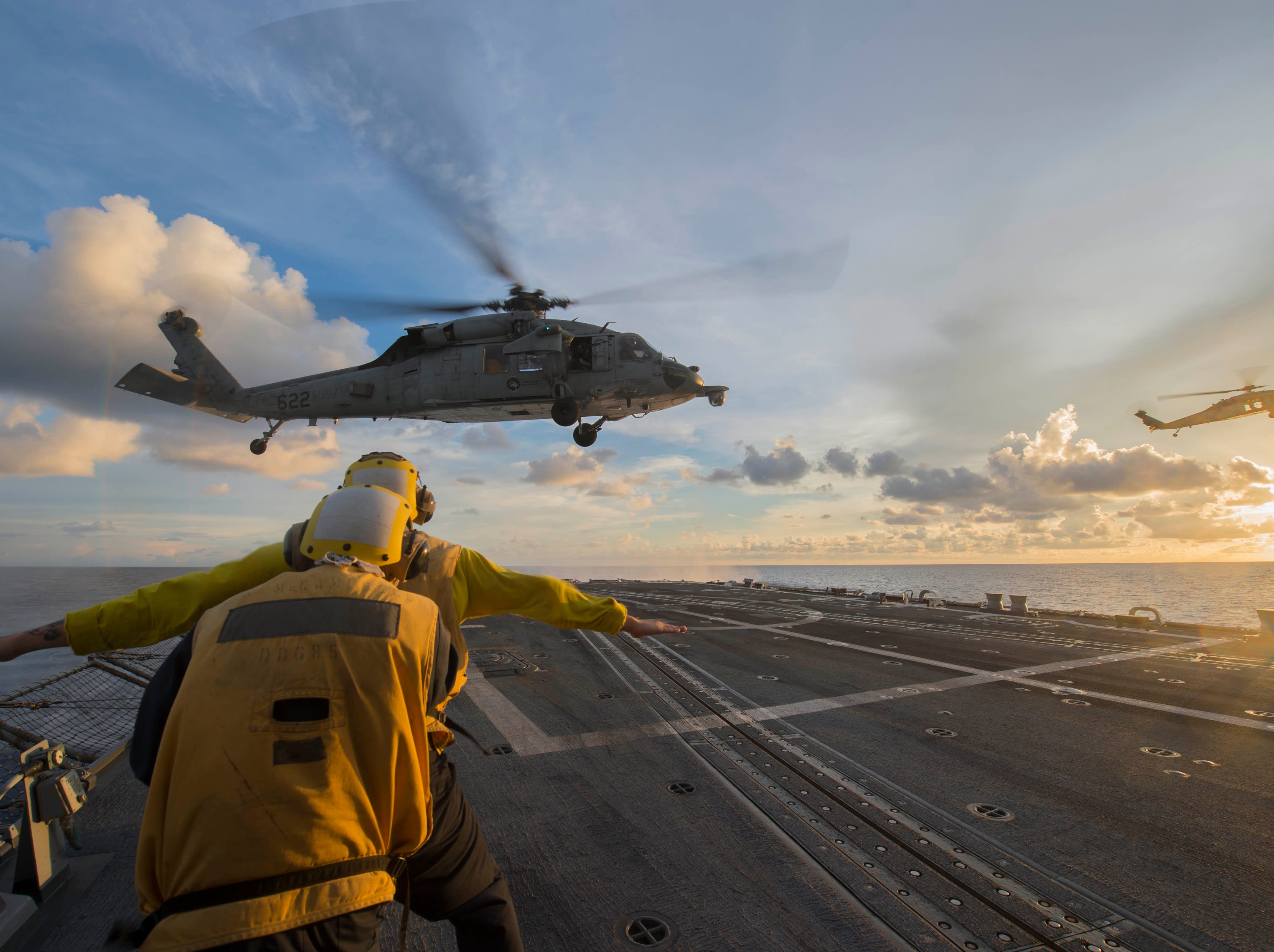 Soldiers at the Sabalauski Air Assault School must survive 'day zero' before beginning what's known as the Army's "10 toughest days." 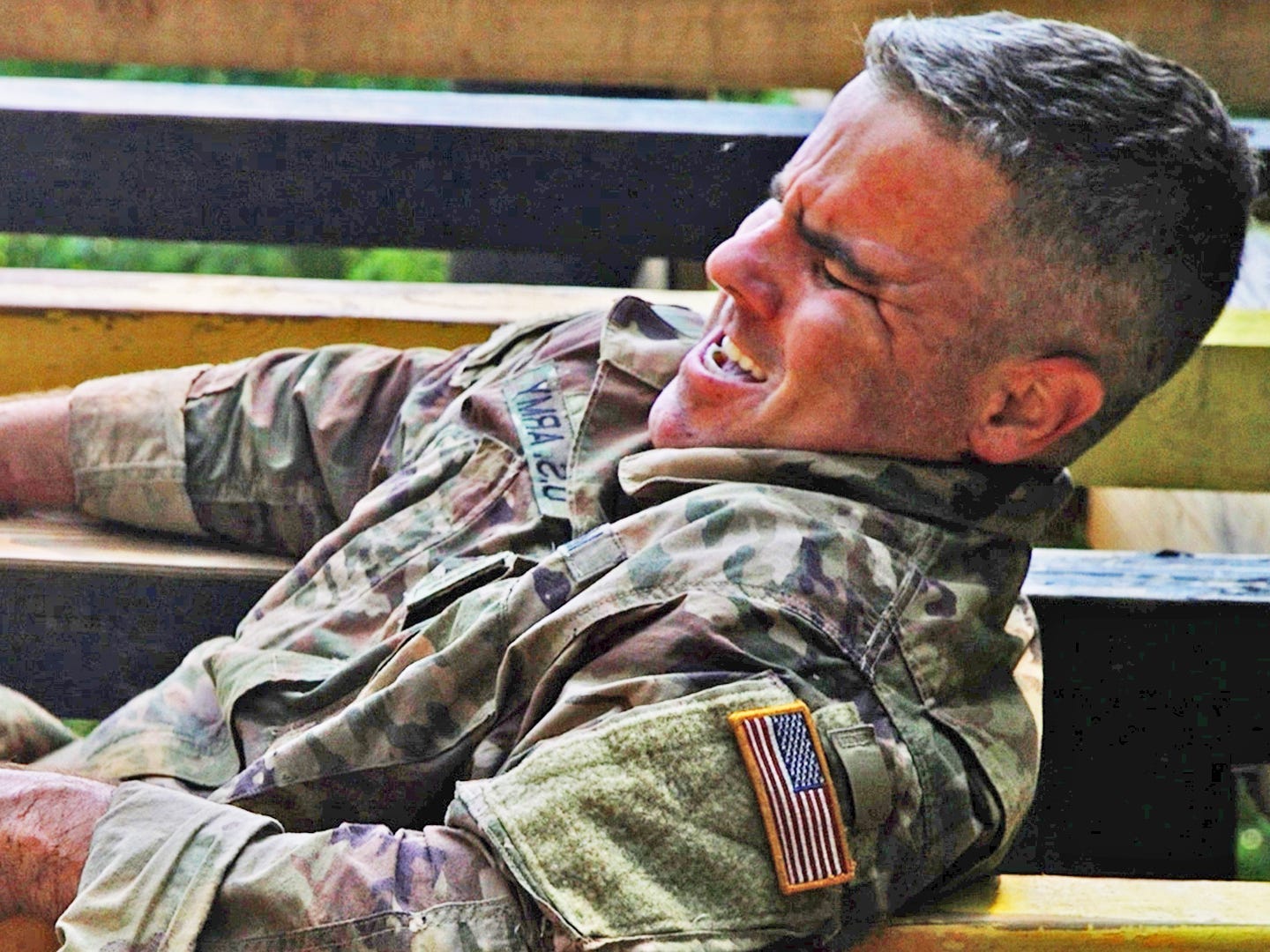 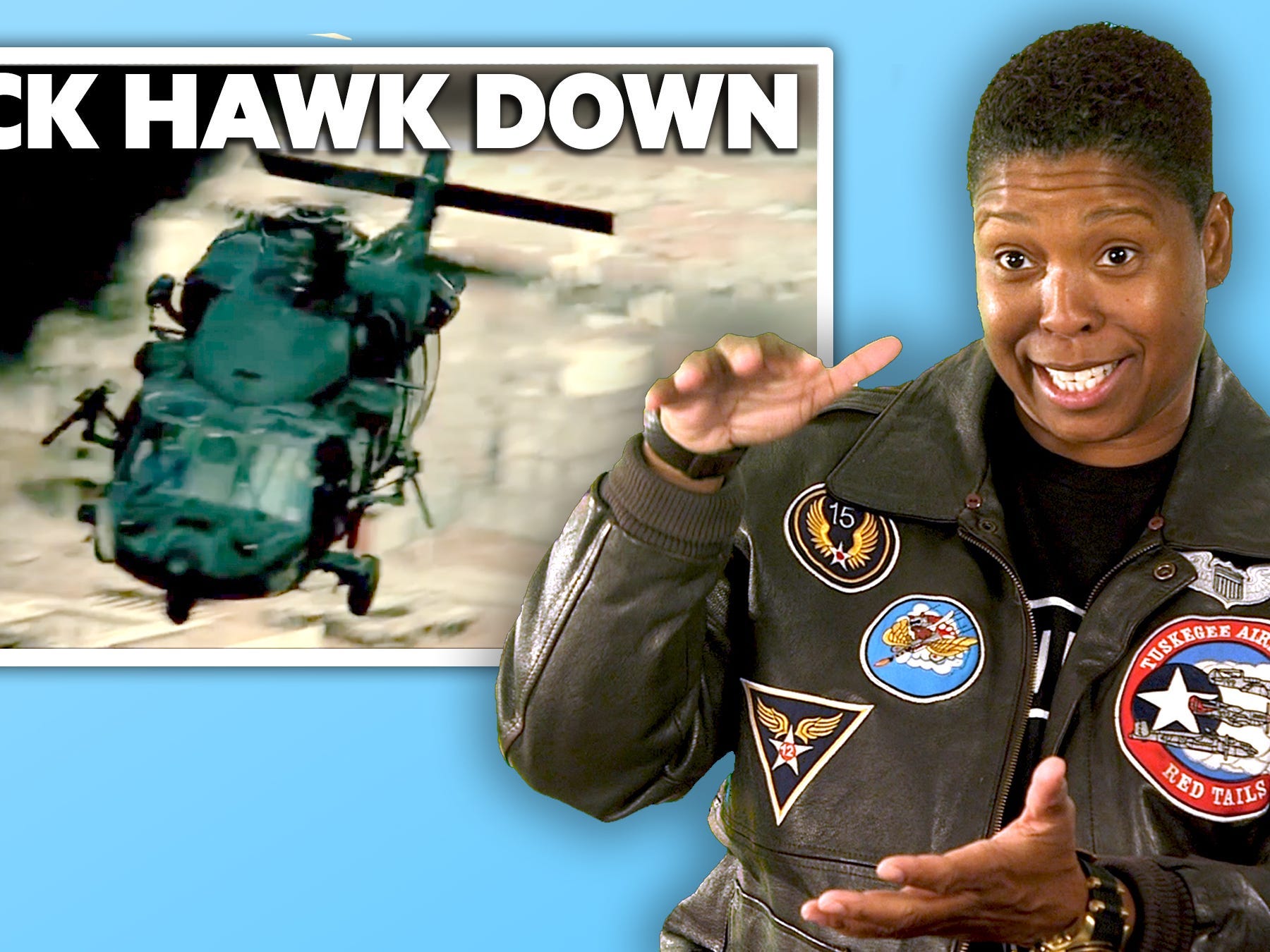 VIDEO: US military helicopters chase away crowds of panicked Afghans swarming its planes

Thousands of Afghans flooded the airport and swarmed the large C-17 airlift planes as the Taliban seizes control of the country. 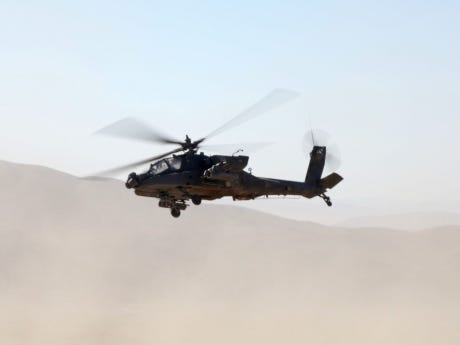 Ingenuity has traveled more than a mile in total. Its recent flights have taken the little drone over more treacherous terrain.

Flight 10 is a significant milestone: Ingenuity has now flown twice as many times as NASA engineers originally planned.

In the next five years, the Army and US Special Operations Command will have decide if the Little Bird has any life left. 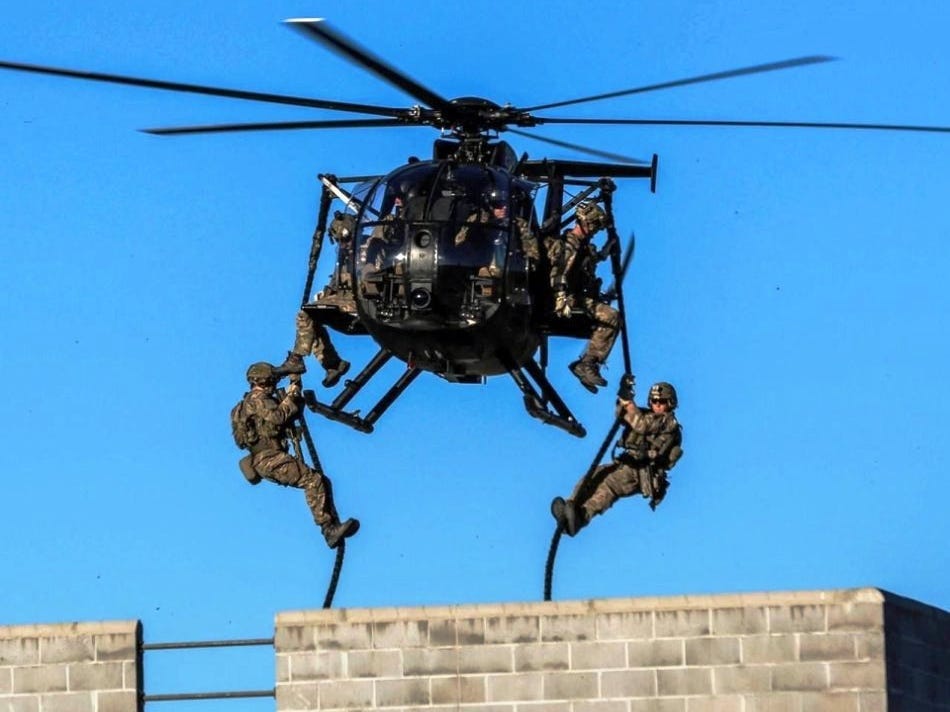 A 360-degree video captures the sound of Mars' windy atmosphere. Another panorama gives a look at the rover's tracks. 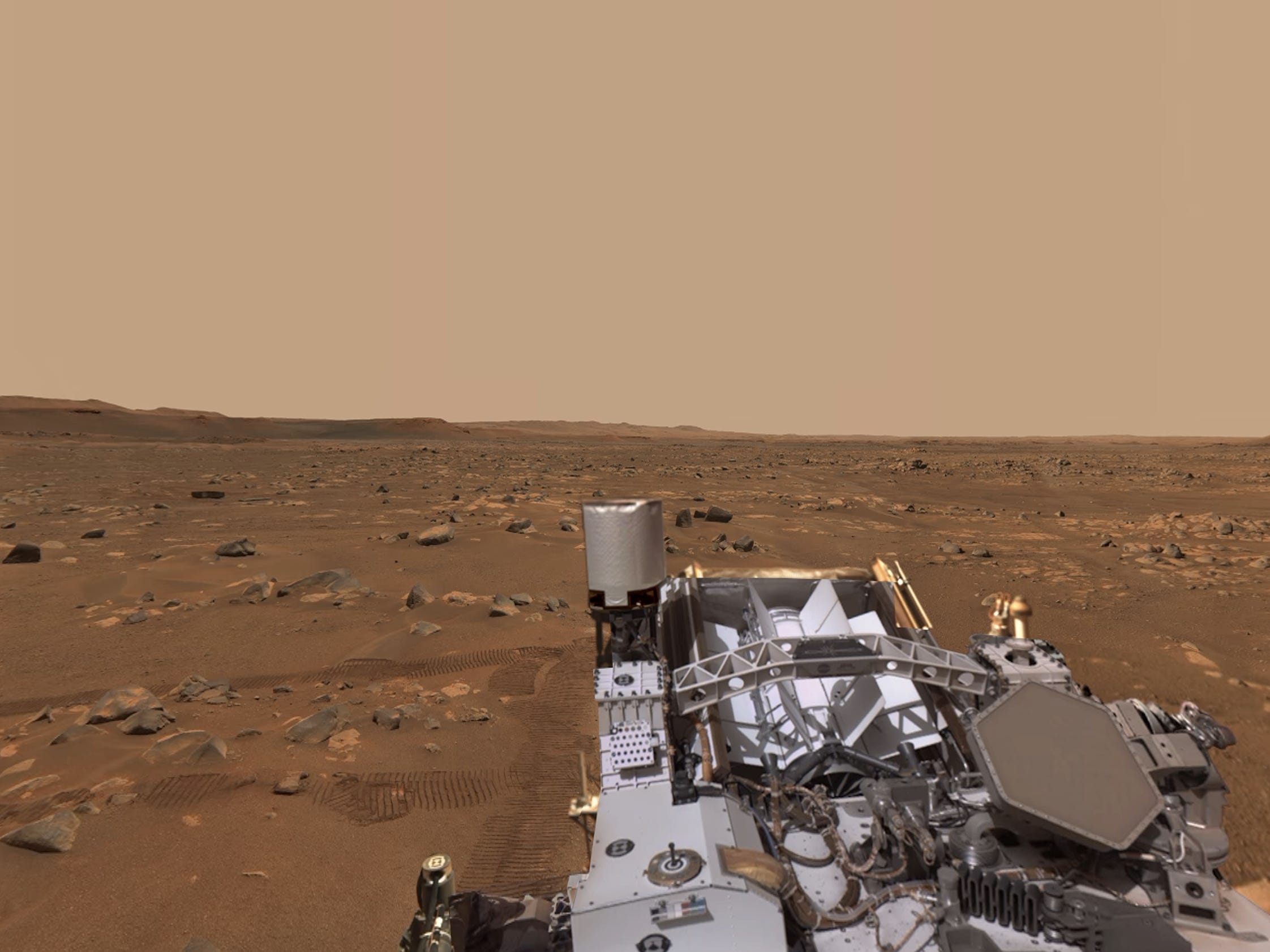 Ingenuity has done it again: NASA’s Mars helicopter landed in a new spot it had never seen before

Ingenuity had never seen this new airfield before, but it landed safely anyway. The helicopter has repeatedly defied NASA's expectations. 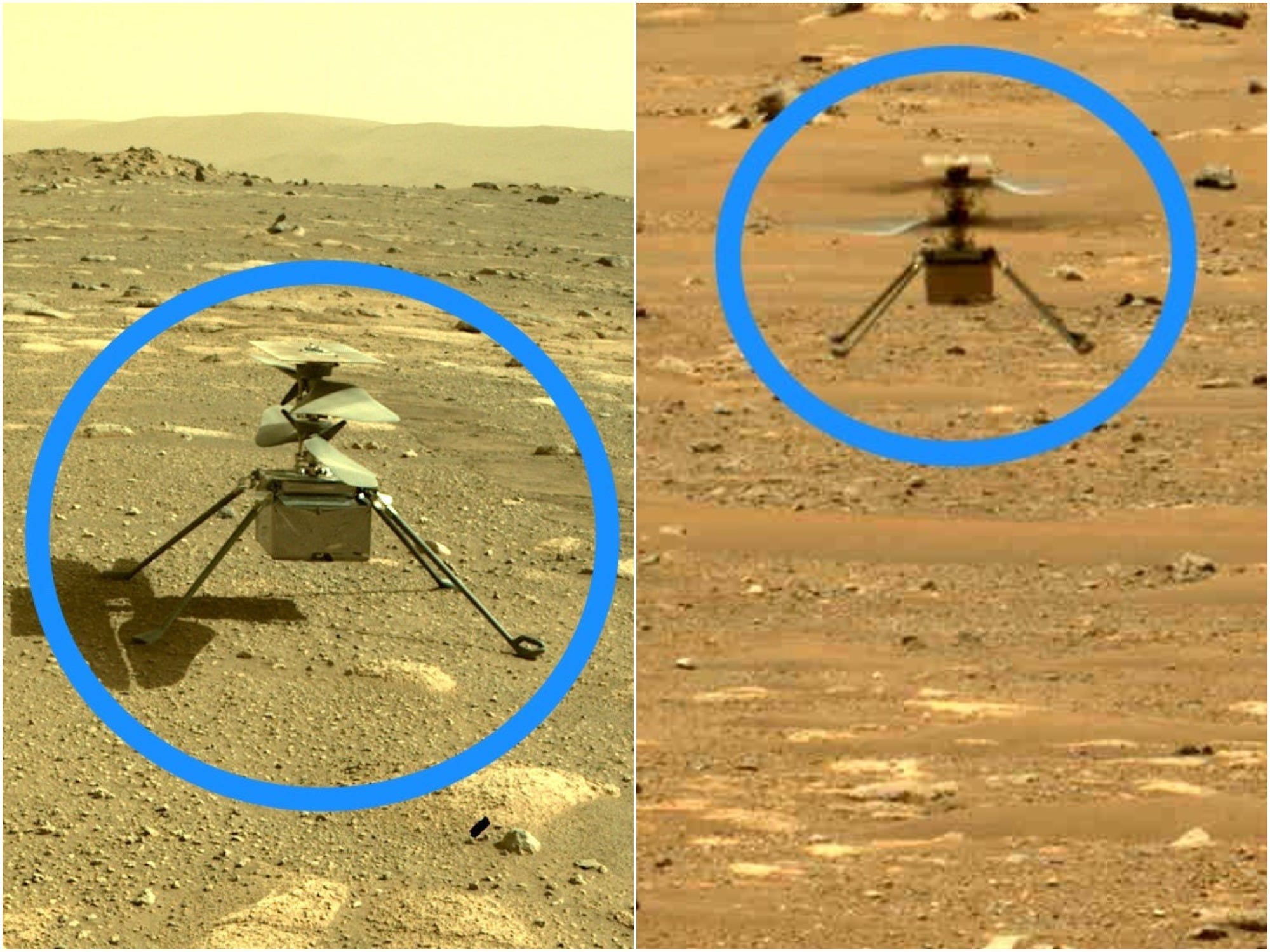 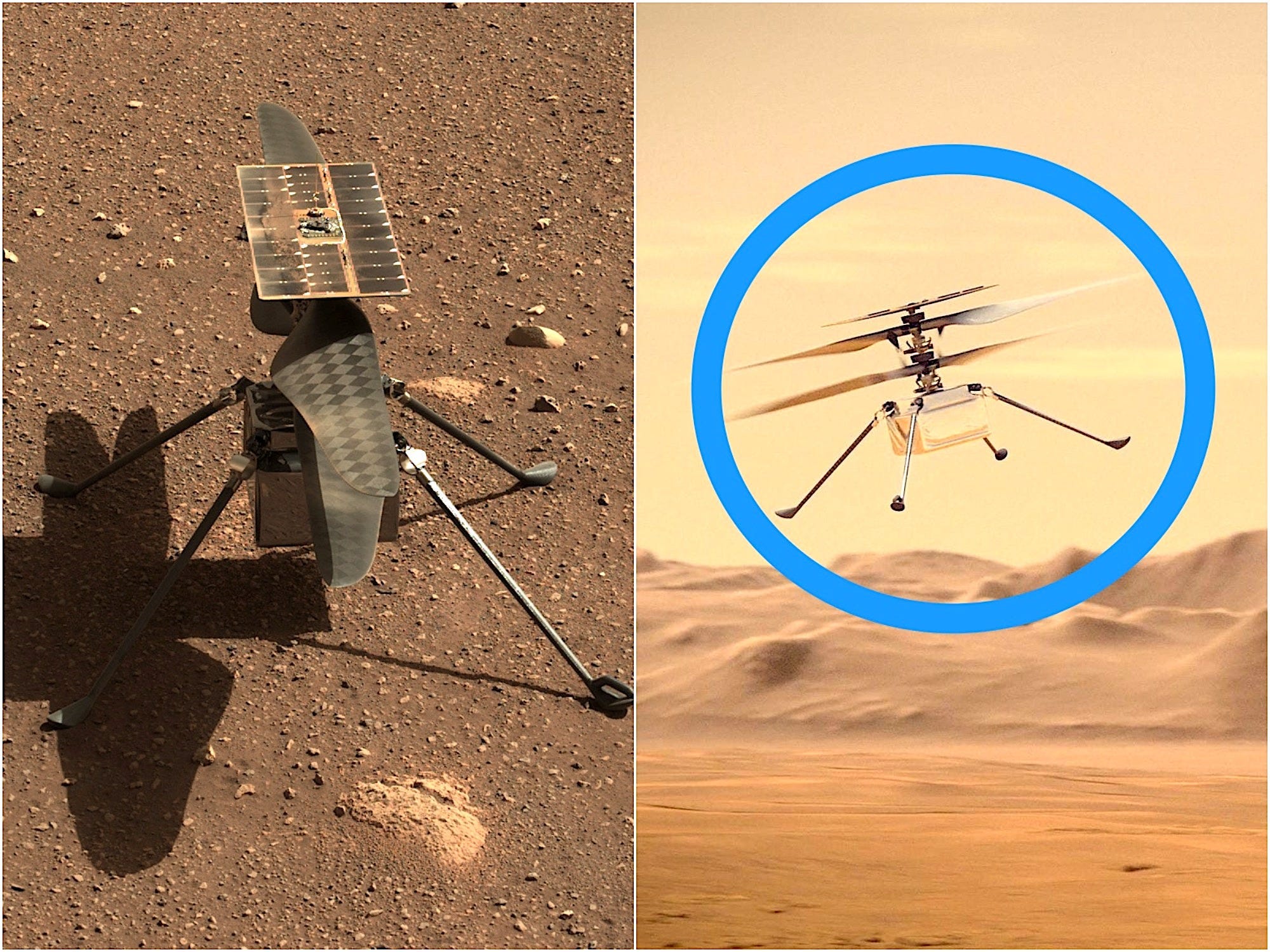 Ingenuity has embarked on a fresh mission to scout Martian terrain. Its next flight will take it to a new, unsurveyed area. 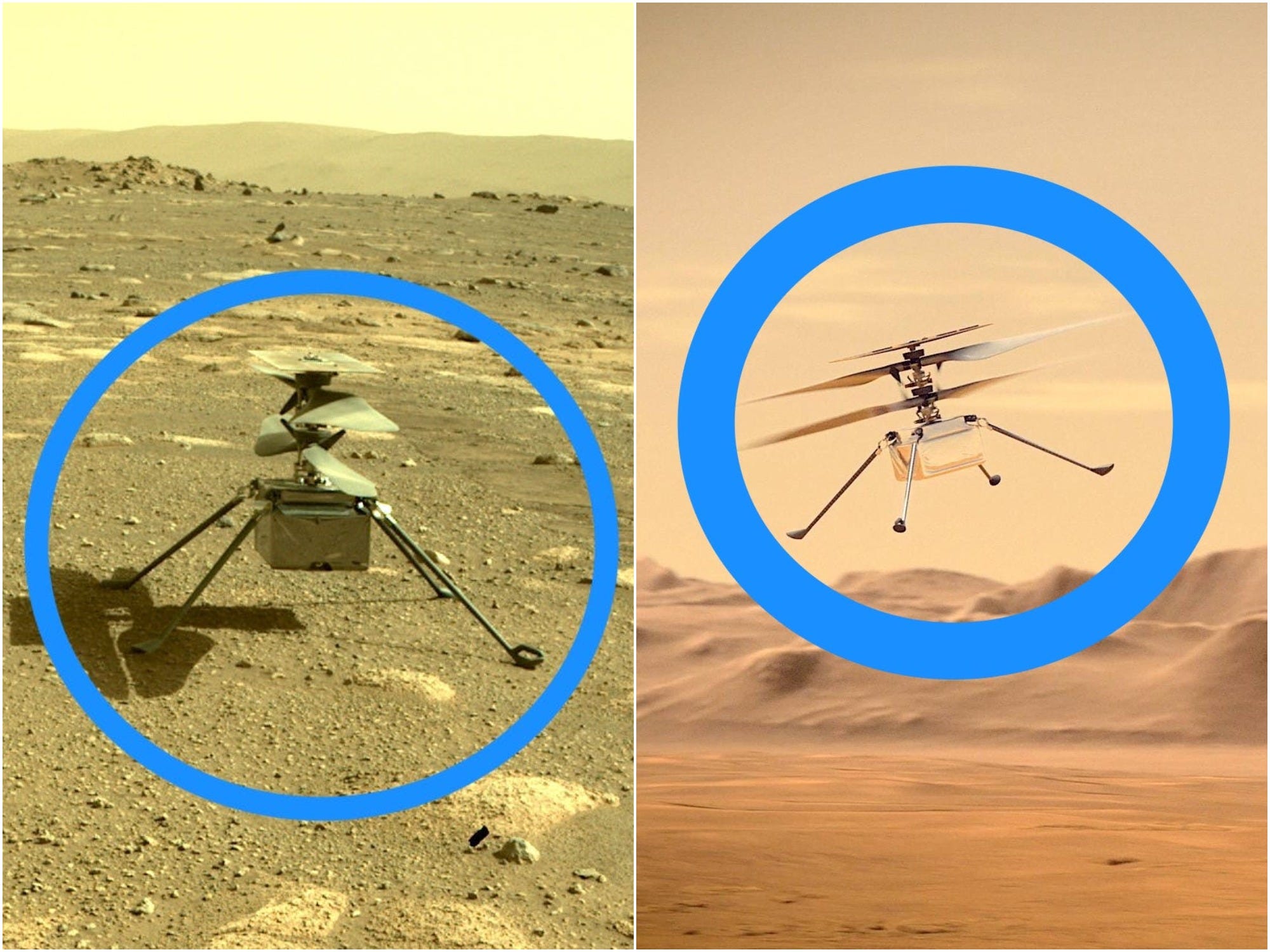 Ingenuity is shattering milestones that NASA engineers once thought impossible. It flew higher than ever and landed in new territory. 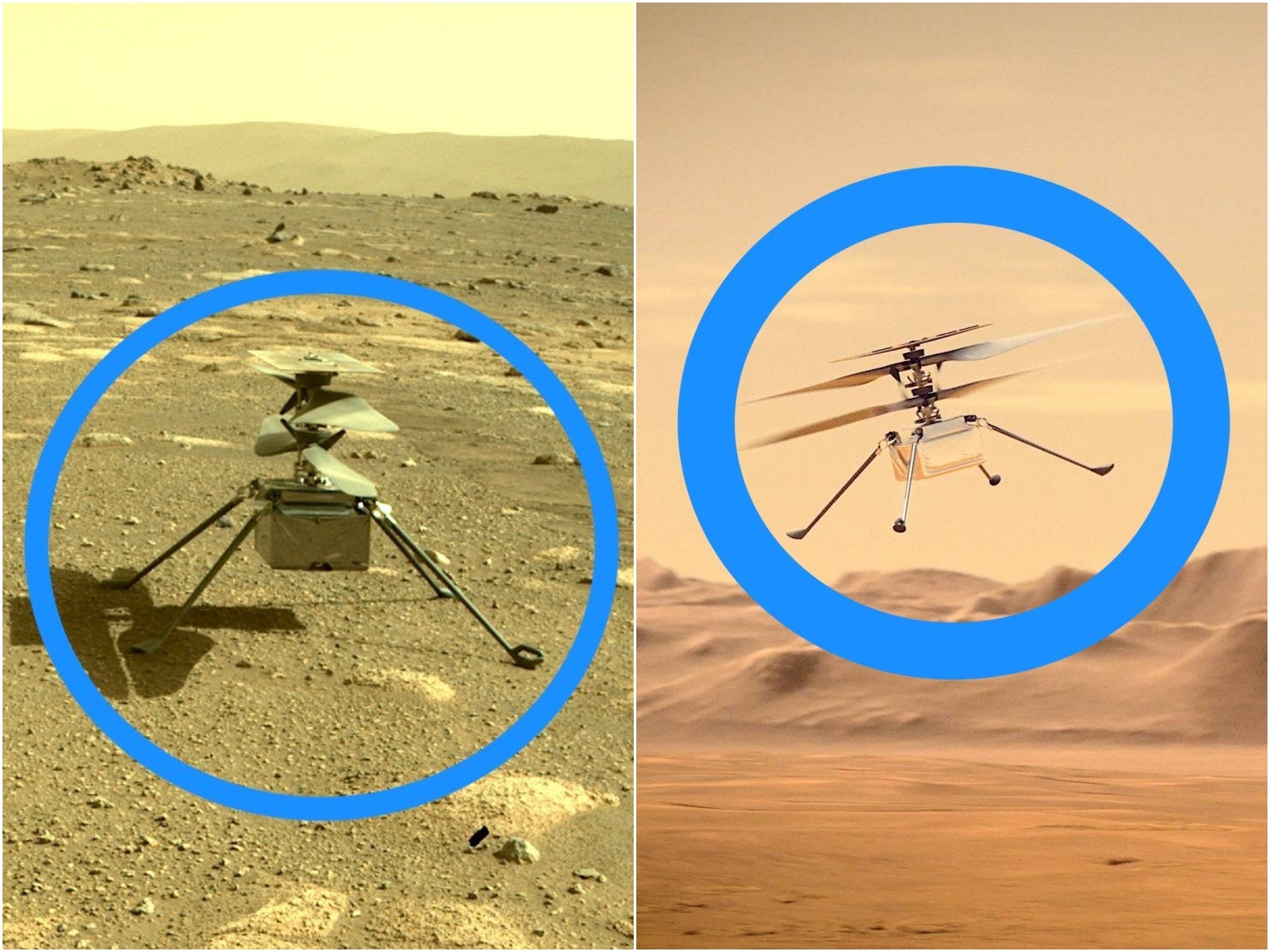 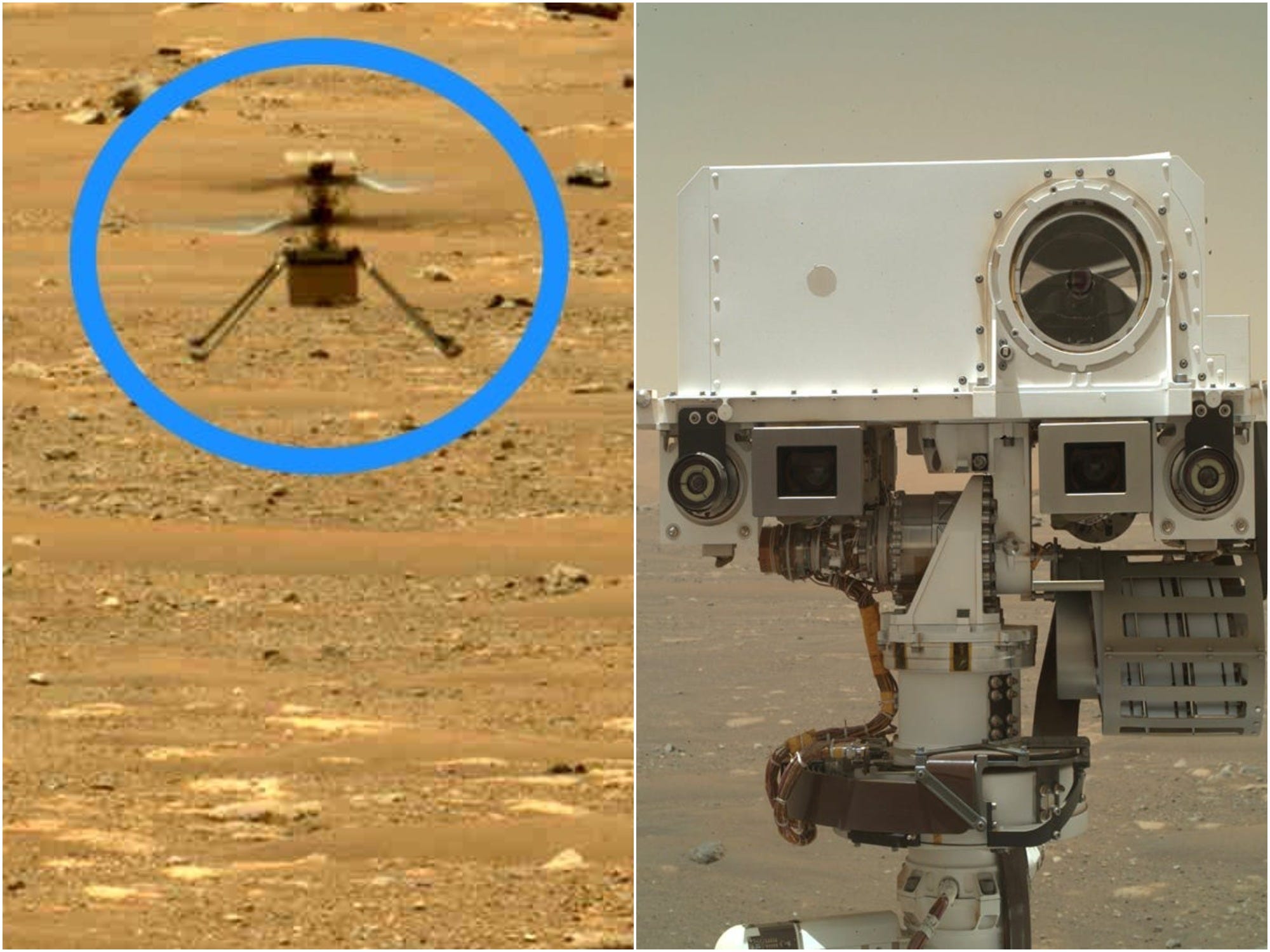 The Ingenuity helicopter is starting to scout uncharted Martian terrain in a surprise second mission.

Ingenuity's flights have gone so well that NASA has completely changed its plans. The helicopter gets at least another month to test new capabilities.

NASA’s Ingenuity helicopter just failed to lift off from the Martian surface, but it will try again on Friday

Ingenuity didn't get off the ground for its ambitious fourth flight. NASA engineers have just a week left to push the Mars helicopter to its limits.

Sunday's flight pushed the helicopter to its farthest distance yet: around 330 feet. Ingenuity has another two flights ahead. 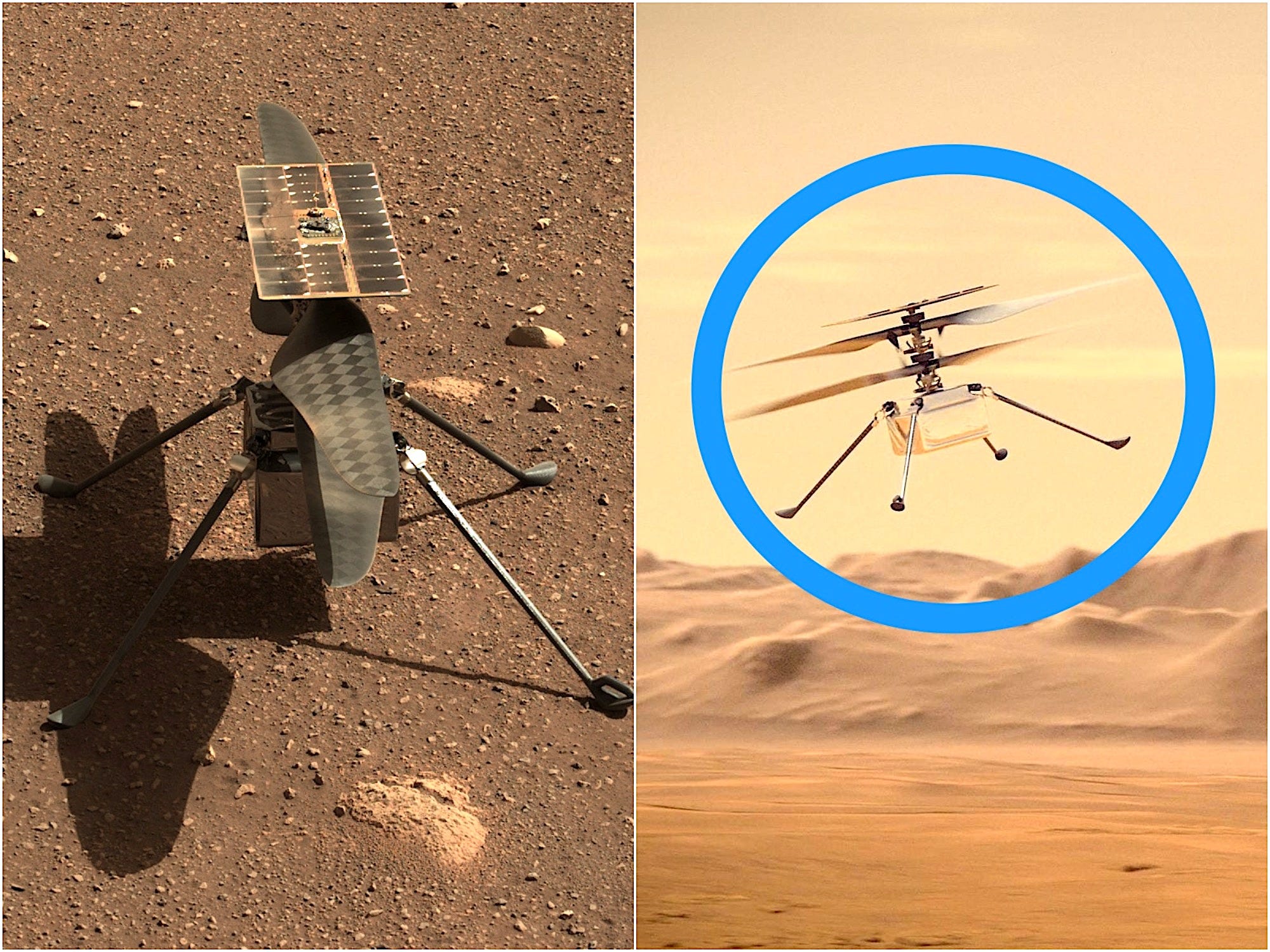 The Ingenuity team aims to push the space drone to the extremes. They don't expect it to survive, though. 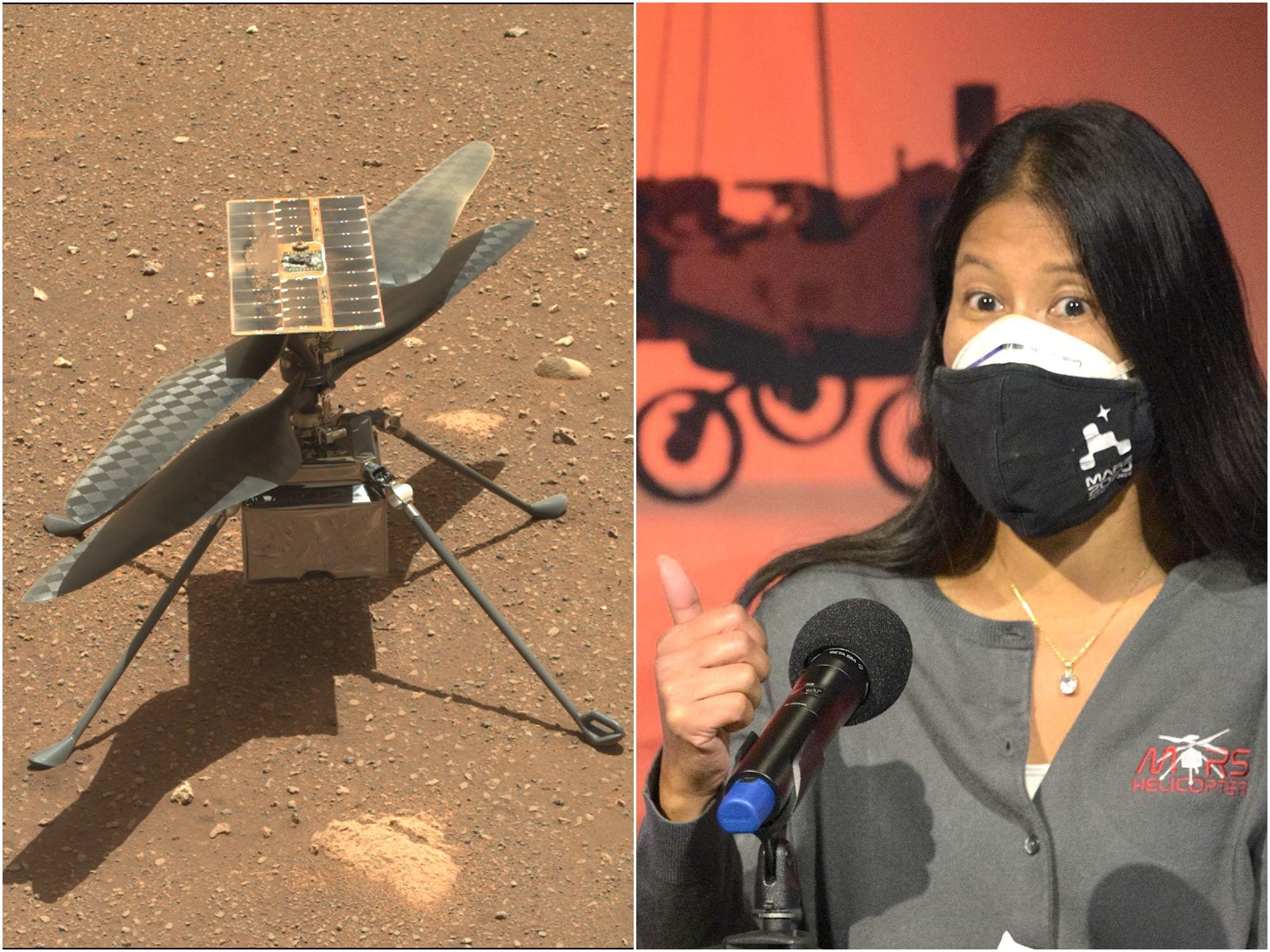 Ingenuity is moving fast after its first flight. Future attempts will go further and faster as NASA engineers push the helicopter 'to the limit.'

Stunning video of the Ingenuity helicopter lifting off, flying, and landing on Mars gave its NASA team ‘goosebumps’

Ingenuity's first flight was "flawless" and "absolutely beautiful," the NASA team said. The helicopter could power up again on Thursday. 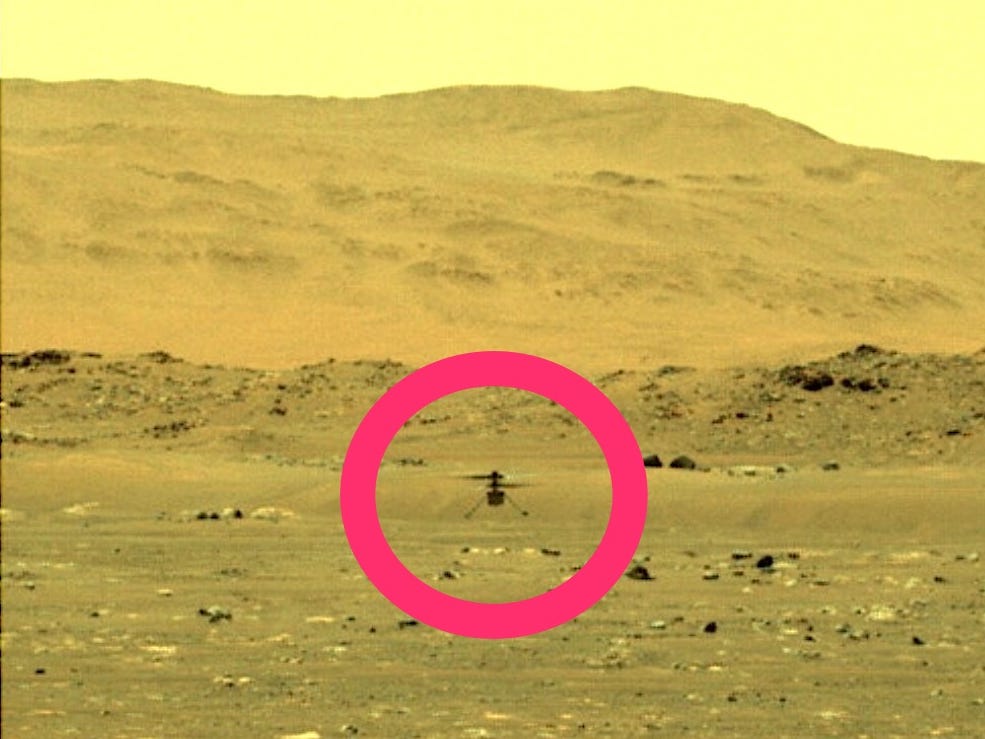