Born September 12, 1909, Lawrence Brooks is the oldest known US World War II veteran. He celebrated his 112th birthday with the National WWII Museum. 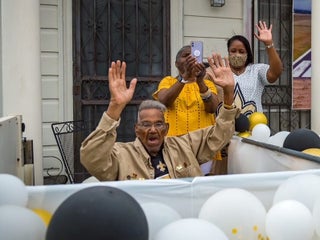 Royals around the world are helping people in need during the coronavirus pandemic. Princess Sofia of Sweden traded her tiara for scrubs to volunteer in a hospital. Prince Harry and Meghan Markle delivered meals to critically ill people in West Hollywood. Visit Insider’s homepage for more stories. Royal families around […] 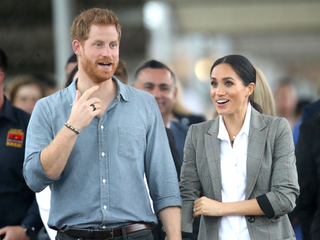 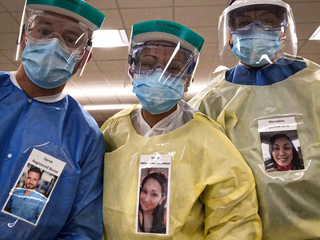 Kristall Goytia and Jason Oswald had to postpone their wedding due to the coronavirus pandemic. It was too late to cancel their flowers, so they donated the bouquets to The Legacy at Forest Ridge assisted living facility in Selma, Texas. The nursing home shared photos on Facebook of residents smiling […] 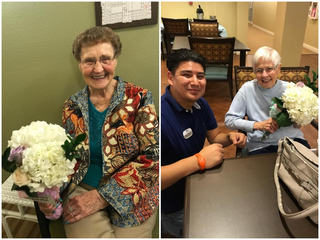 A couple got married at home because of the coronavirus, and their entire neighbourhood surprised them by celebrating from their cars

Anastasija and Josh Davis were supposed to have a 135-person wedding, but had to downsize due to the coronavirus pandemic. They held a small ceremony in Josh’s parents’ house. Then, friends surprised them by holding up signs and blasting music from their cars. Photos of their neighbourhood celebration were shared […] 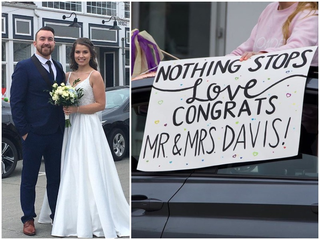 Italy is on lockdown to slow the spread of the coronavirus pandemic. Twitter user @valemercurii posted a video that shows people singing together through their windows. It has been viewed over 1.8 million times, with many finding it both heartbreaking and inspiring. Visit Insider’s homepage for more stories. Italy is […] 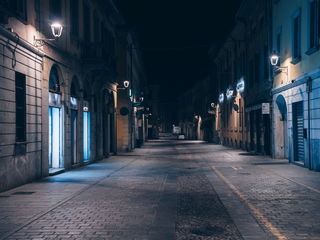 After coronavirus cancelled their daughter’s bat mitzvah party, a family turned the food into meal deliveries for people in quarantine

Jordana Shmidman’s bat mitzvah celebration in New York had to be postponed because of the coronavirus pandemic. The food was already prepared, so the Shmidman family told the caterers to package it up for delivery to people in quarantine. Parent volunteers delivered the food to quarantined staff members of SAR […] 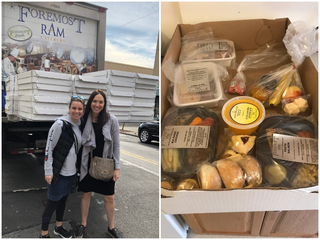 The coronavirus pandemic that originated in Wuhan, China, has reached over 150 countries and resulted in thousands of deaths. People are carrying out acts of kindness in the midst of the pandemic, making get well soon cards for people in quarantine and repurposing food from cancelled events to feed first […] 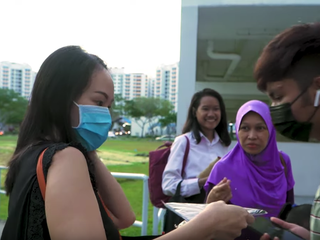 A special education teacher gave her students roles in her wedding, and the photos will warm your heart

Colleen Costello is a special education teacher at Lakeview Academy in Milledgeville, Georgia. She invited her students to participate in her wedding ceremony, two as ring bearers and one to walk her down the aisle along with her father. She told Insider that having her students at her wedding “made […]

The family of a police officer killed in the line of duty Photoshopped him into their Christmas card, and it’s helping them cope with their loss

At just 24 years old, Tyler Edenhofer died in the line of duty in 2018, and his family has not taken a family photo since. This year, that changed, as his stepmother, Joellen Simons, brought the family together to take a picture for their Christmas card. The photographer, Julie Linville, […] A teacher in Massachusetts recently adopted a former student after his mother died from breast cancer, Boston News25 reported. The student, 14, has Down syndrome and moved with his mum to Massachusetts for her to receive better treatment. The teacher said she was instantly drawn to the student, and decided […] One heartwarming story to emerge from the devastating accounts of the Maria Fire in Ventura County, California, is that of Ram, the great horned owl. Ventura County firefighters found the owl injured and suffering from smoke inhalation among the ashes of the wildfire. He was taken to the Camarillo Wildlife […] Heartwarming ways people are helping those affected by Hurricane Dorian

Ordinary citizens are stepping up to help those affected by Hurricane Dorian. Chef José Andrés of World Central Kitchen is feeding thousands of people in the Bahamas. An unnamed man in Florida spent nearly $US50,000 to buy 100 generators and supplies from Costco. A 6-year-old boy used the money he […] Ryan Paul, a 12-year-old boy with autism, called 911 when he couldn’t find his teddy bear. Officer Khari Manzini of the Woodbridge Township Police Department showed up at the Pauls’ home minutes later. Manzini had undergone training through Parents Of Autistic Children (POAC)Autism Services and responded with kindness. When 12-year-old […]

A few years ago, Star and her 13 puppies were found abandoned in a box in southern Missouri. All of them were severely malnourished. Only nine of Star’s puppies survived. Eventually, all the dogs were adopted by families in the St. Louis area, including Star, who recovered from advanced kidney […]

Much of what the media report can seem negative or downright depressing. That’s because two of the main objectives of journalists, especially those covering people in power, is to expose wrongdoing and shine a light on problems in society so they can be fixed. But it’s also important to highlight […]