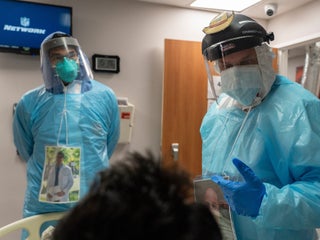 The US law requiring calorie counts on menus is expected to save tens of thousands of lives and over $10 billion in healthcare costs, research shows

The US finalised a law requiring chain restaurants to list calorie counts on menus in 2018. New research shows that adding calorie counts leads diners to consume 7% fewer calories on average. The study found that on a national scale, the law is expected to prevent 136,000 new cases of […] 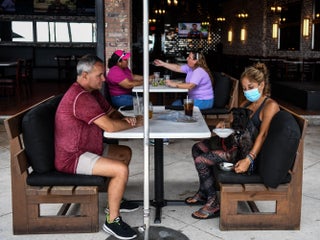 A growing number Republicans are satisfied with the cost of healthcare in the United States, according to a new Gallup poll released Wednesday. The increase comes as another major index from the Labour Department showed average insurance prices spiking 20% over the last year. The poll noted overall satisfaction with […] Choosing a health insurance plan? Pay attention to your coinsurance costs — they could leave you with thousands in medical bills The CareCredit card offers financing for medical expenses, pet care and more. Here’s everything you need to know

The CareCredit card from Synchrony Bank offers financing for a wide variety of health-related expenses, from beauty treatments to medical procedures to pet care. CareCredit has both short- and long-term financing options. The short-term option has 0% interest for up to 24 months, and the long-term option gets you a […] I found an alternative to expensive health insurance premiums and it’s saved me $50,000 in 5 years

I joined Liberty HealthShare, a health sharing ministry, with my family in 2014 after becoming self-employed and losing my employer-sponsored health insurance. While Liberty has paid everything it should, I admit it can be slow when it comes to processing payments. Liberty is not an insurance company, rather a group […] The Trump administration on Monday said that it wants hospitals to be required to list out their prices for procedures. In a proposed rule, the administration said in particular it wants to make public information about the prices hospitals set and the prices they negotiate with health insurers, which can […] California lawmakers passed a budget deal that expands Medicaid coverage to undocumented residents, ages 19 to 25. The budget also expands subsidies to help middle-income individuals buy their own health insurance. To help pay for the plan, the budget includes a fine on people who don’t buy health insurance – […] The average cost of healthcare in 21 different countries

The United States spends the most money per person on healthcare. Twenty-one countries spent more than $US3,000 on healthcare per capita in 2017, according to data from OECD. Despite spending more money than any other country on healthcare costs, health outcomes aren’t any better in the US. Americans pay a […] How much your healthcare costs in all 50 states

Healthcare is costly – but costs also vary tremendously based on where you live. Workers in some states paid potentially as little as $US4,700 for healthcare in 2017, while costs in several other states topped $US8,000, a report from The Commonwealth Fund found. Read on for the 10 most expensive […] Bill Gates said in a Reddit AMA that being a billionaire has made him happier because he doesn’t worry about the cost of healthcare or education. But Gates added that you don’t need a billion dollars to alleviate financial stress. Recent research suggests that money can boost life satisfaction and […] Last week, Business Insider sat down with David Cordani, the CEO of health insurer Cigna, to discuss skyrocketing healthcare costs in the US. In 2017, the US spent $US3.5 trillion on healthcare. Spending is expected to climb to $US5.7 trillion by 2026, according to the Center for Medicare and Medicaid […] 33 cities around the world where healthcare is good, housing is affordable, and people have the best quality of life

Wellington, New Zealand, has the best quality of life of any city in the world, according to a report from Deutsche Bank. Measures that went into the bank’s quality of life index include quality of healthcare, cost of consumer goods, and housing affordability. Boston has a better quality of life […] Sean Parker, billionaire and ex-President of...