AOC says the quiet part out loud about Medicare for All: It has virtually no chance of becoming law right away

AOC conceded that Medicare for All may not become law right away in an interview with the Huffington Post. “The worst-case scenario? We compromise deeply and we end up getting a public option. Is that a nightmare? I don’t think so,” she said. Her comments highlight a possible pivot Sanders […] 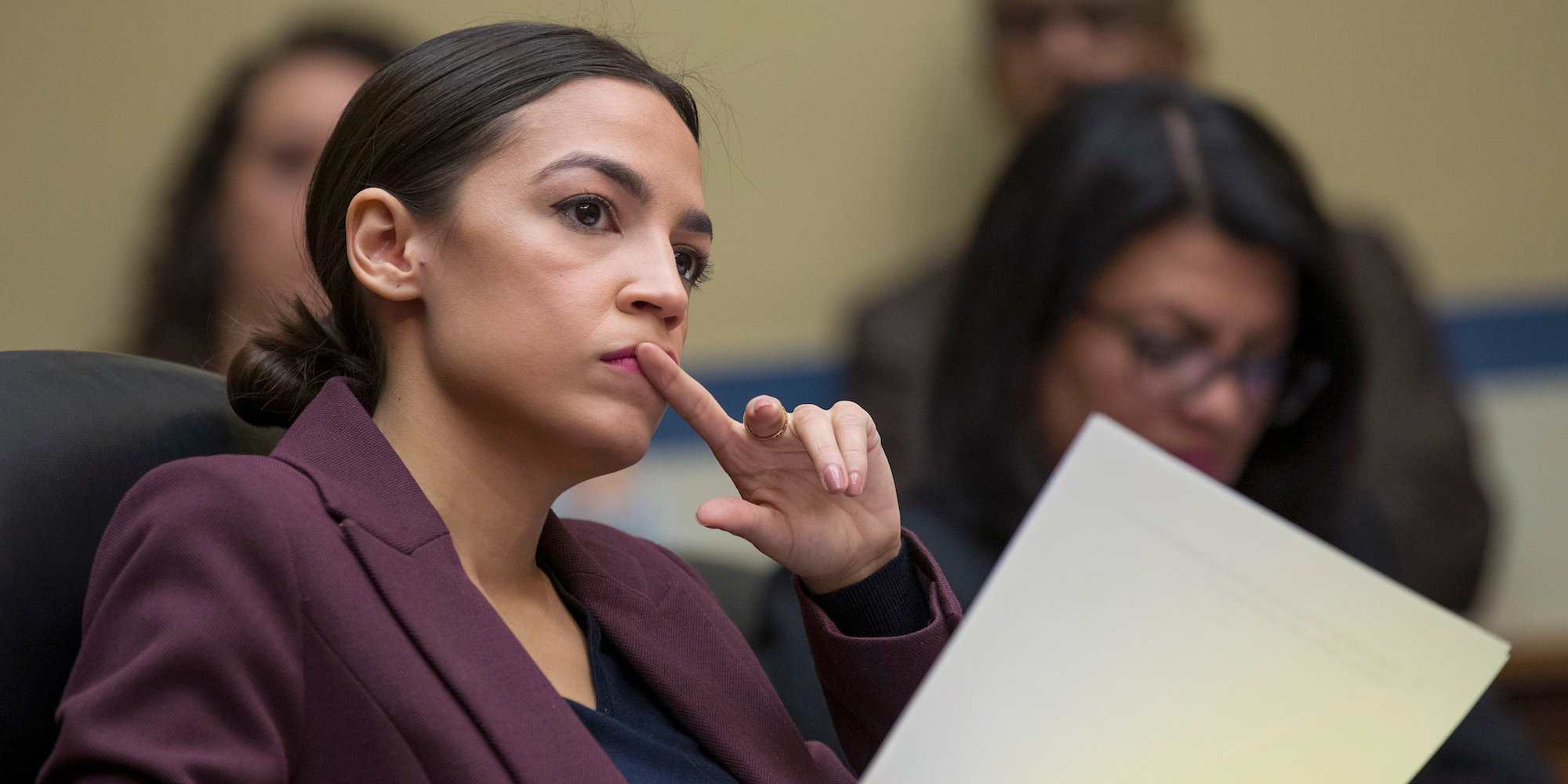 Healthcare in the US and around the world is due for a major shake-up. We spoke to Cheryl MacDiarmid, an executive at the pharmaceutical company GlaxoSmithKline about one major similarity between the US and Canada’s healthcare system: they’re unaffordable as both countries’ populations age. To change this will take a […]

The Obama Administration Secretly Changed The Obamacare Sign Up Deadline

During the past couple of months, deadlines for the Affordable Care Act have changed frequently due to the horrible launch of the federal exchange website. The administration has said for a while that today is the last date for people to sign up for coverage that begins January 1. According […]

Gallup is out with a new poll this morning on what respondents would like Congress to do with Obamacare. Despite the horrible launch of the federal exchange website, opinion over what to do with the site has barely budged in two years. Take a look: The percentage of people who […]

President Obama’s approval ratings drop to record lows in a new Washington Post/ABC Newspoll. Just 42% approve of him while a new high of 55% disapprove. Faith in Obama’s handling of different issues has fallen across the board, but has particularly plummeted in health care. Nearly two-thirds of Americans (63%) […]

Minority Leader Nancy Pelosi (D-CA) joined David Gregory on Meet The Press this morning and attempted to justify President Obama’s line that “if you like your plan, you can keep it.” Despite the fact that millions of Americans are receiving cancellation notices, Pelosi has refused to admit that the president’s […]

Actually, Nothing Has Changed In The Obamacare Fight

Around 1 pm today, the House will vote on Rep. Fred Upton’s ” Keep Your Health Plan Act” which would grandfather in all plans up until January 1st, 2013 and allow insurers to continue selling those plans outside of the exchanges. The bill is certain to pass, but many pundits […]

When President Obama repeatedly told Americans, “If you like your plan, you can keep it,” he understood that it wasn’t true. Health care reform is very disruptive. There simply was no way Obama could keep that promise. But the president also knew that many Americans who discovered their policies were […]

Sorry, You Still May Not Be Able To Keep Your Plan

Rep. Fred Upton (R-Mich.) has proposed a bill that to fix Obama’s “if you like your plan, you can keep it” lie. It won’t work and a Fox News segment last night shows it. Upton’s bill would “grandfather” in all plans that existed as of Jan. 1st, 2013 and allow […]

The ” Keep Your Health Plan Act,” which House Republicans plan to vote on this week, is supposed to make good on President Obama’s promise that “if you like your health plan, you can keep it.” Instead, it would just make Obamacare implementation even messier than it already is. The […]

Yes, The US Could Probably Learn A Lot From The French Health Care System

[credit provider=”AP Images” url=”http://www.apimages.com/secured_user/Download.aspx?st=dl&id=1044988c44e5da11af9f0014c2589dfb&isgb=false”] In 2000, the World Health organisation took a long hard look at the world’s healthcare systems, and ranked France as the best in the world. The US ranked 37th.Since that point France has repeatedly been called the best system in the world, to the point where doing so […]

Faced with the Supreme Court’s surprising decision to uphold President Barack Obama’s signature healthcare legislation, the Republican Party spin machine has gone into overdrive, as GOP leaders and strategists try to use the ruling to argue that the law amounts to a massive tax increase on middle-class Americans.

Ginsburg And Scalia Give Some Big Clues On Obamacare

The U.S. Supreme Court could release an opinion on health reform any day now, and every word out of the justices’ mouths is fueling speculation on its fate.

CHARTS: Why Obamacare Adds Hundreds Of Billions To The Deficit

[credit provider=” BarackObamadotcom” url=”http://www.youtube.com/watch?v=NXtJhLUOFXE&feature=player_embedded”] The Mercatus centre’s Charles Blahous has just launched a frontal assault on Obamacare, by releasing a study showing that the health-care reform is very unlikely to reduce government spending on health-care. More likely it is going to blow an enormous hole in the budget, and increase deficits by […]

[credit provider=”Alex Wong/Getty Images” url=”http://abcnews.go.com/Politics/wireStory?id=13662567#.TxdEl3NFG7Y”] I was always sceptical of the projections that ObamaCare would reduce the budget. In fact, I made some counter-predictions of my own.The cuts needed were very deep, and likely to be politically difficult; the benefits claimed in terms of actual improving health or even personal […]

20 Years Of Experiments To Reduce Medicare Cost Have Failed Miserably

The Congressional Budget Office (CBO) released a memo yesterday reviewing programs conducted by the centre for Medicare and Medicaid Services (CMS) to reduce federal spending on Medicare (via Sarah Kliff of WonkBlog). The result? They were a complete wash.

The Obama Administration will issue a final rule today to help mitigate critical drug shortages and hopefully give consumers a break on predatory price gouging, the U.S. Department of Health and Human Services said.

Average Health Care Premiums For Families Could Soar To $24,000 Per Year

[credit provider=”Flickr” url=”http://www.flickr.com/photos/isafmedia/3424052020/”] American workers have been shouldering the burden of rising medical costs as health insurance premiums shot up 63 per cent from 2003 to 2010, a new study reveals.Based on findings from annual government surveys of companies, the Commonwealth Fund found health insurance went off the charts in […]

Joe Wilson: I Was Totally Right After All — Obama Was Lying

[credit provider=”Courtesy of CQblogger via YouTube”] Representative Joe Wilson (R-SC), who gained national notoriety for shouting, “You lie!” during an address by President Barack Obama to a joint session of Congress, now says he’s been “vindicated” for calling out the President.On his campaign website, Wilson wrote that the President did, […]