The suspect, Jsaan Carlos Strover, escaped from custody Thursday morning while being extradited by the Maricopa County Sheriff's Office of Arizona. 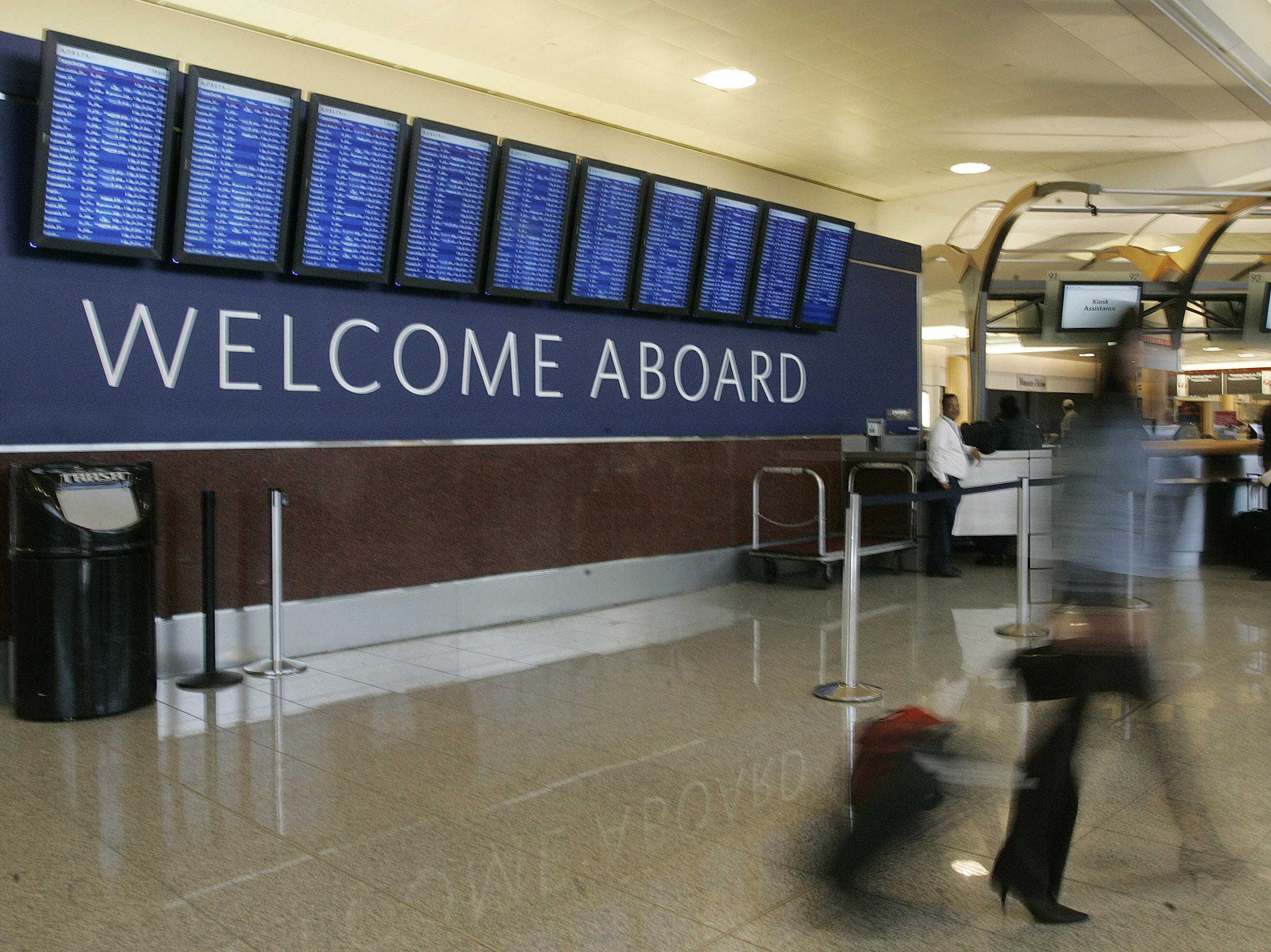 A prize-winning show dog has been lost at Hartsfield-Jackson Atlanta International Airport since Saturday, ABC News reports. The dog was missing from her crate when it was loaded onto a KLM Royal Dutch Airlines flight to Amsterdam on Saturday. A Hartsfield-Jackson representative told ABC News that the airport’s airfield and […] Orbitz.com recently completed a study where they published findings on the best and worst airports to be stranded in during the holiday season. Using only the 15 busiest airports in the U.S. included a 2017 Port Authority of New York and New Jersey Airport Traffic Report, Orbitz then studied certain […] A man in his underwear ran onto the tarmac at an American airport, jumped onto the wing of a Delta plane, and pounded on the windows while yelling at passengers inside

A man jumped a fence and ran onto the tarmac at Hartsfield-Jackson Atlanta International Airport on Tuesday. Police say Jhryin Jones, 19, scaled the wing of a Delta Air Lines plane and pounded on the windows. A passenger told a local TV station that Jones appeared to be yelling at […]

A Delta Air Lines flight from Atlanta to London made an emergency landing at Atlanta’s Hartsfield-Jackson International Airport on Wednesday after an engine began emitting smoke, CBS reports. The aircraft returned to Atlanta and was hosed down by aircraft rescue and firefighting units, according to Hartsfield-Jackson’s Twitter account. No injuries […] The Georgia legislature passed a tax reform bill on Thursday which excluded a provision that allowed airlines to re-fuel at Hartsfield-Jackson Atlanta International Airport without paying the state’s sales tax. The exclusion was motivated by Delta Air Lines‘ announcement that it would join a number of businesses in ending its […]