An employee shared the secrets behind the chain's burgers, including how they're always cooked to a well-done temperature. 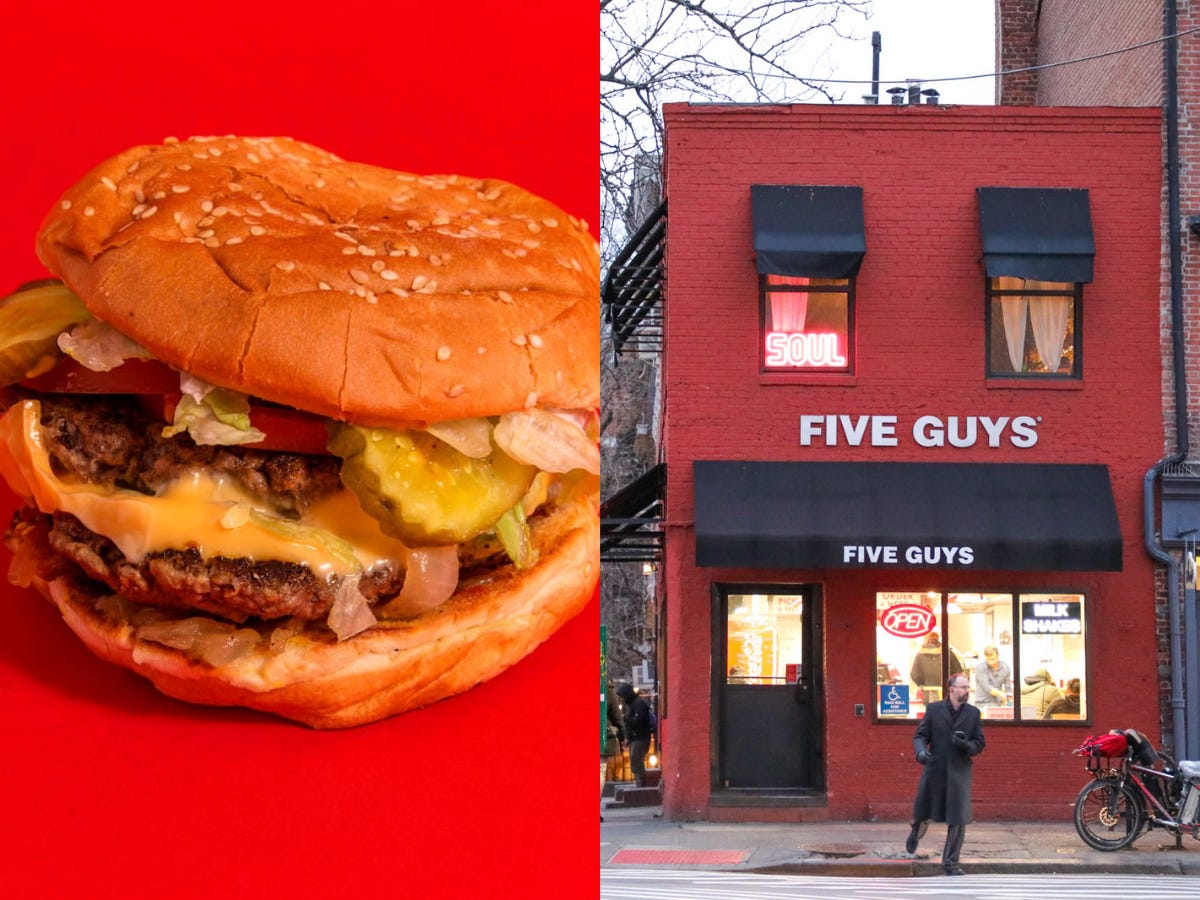 I made Ina Garten’s caramelized-onion burgers, and the easy recipe was perfect for a late summer cookout

An Insider reporter thought Ina Garten's caramelized-onion smash burgers were juicy and delicious despite using only a few ingredients. 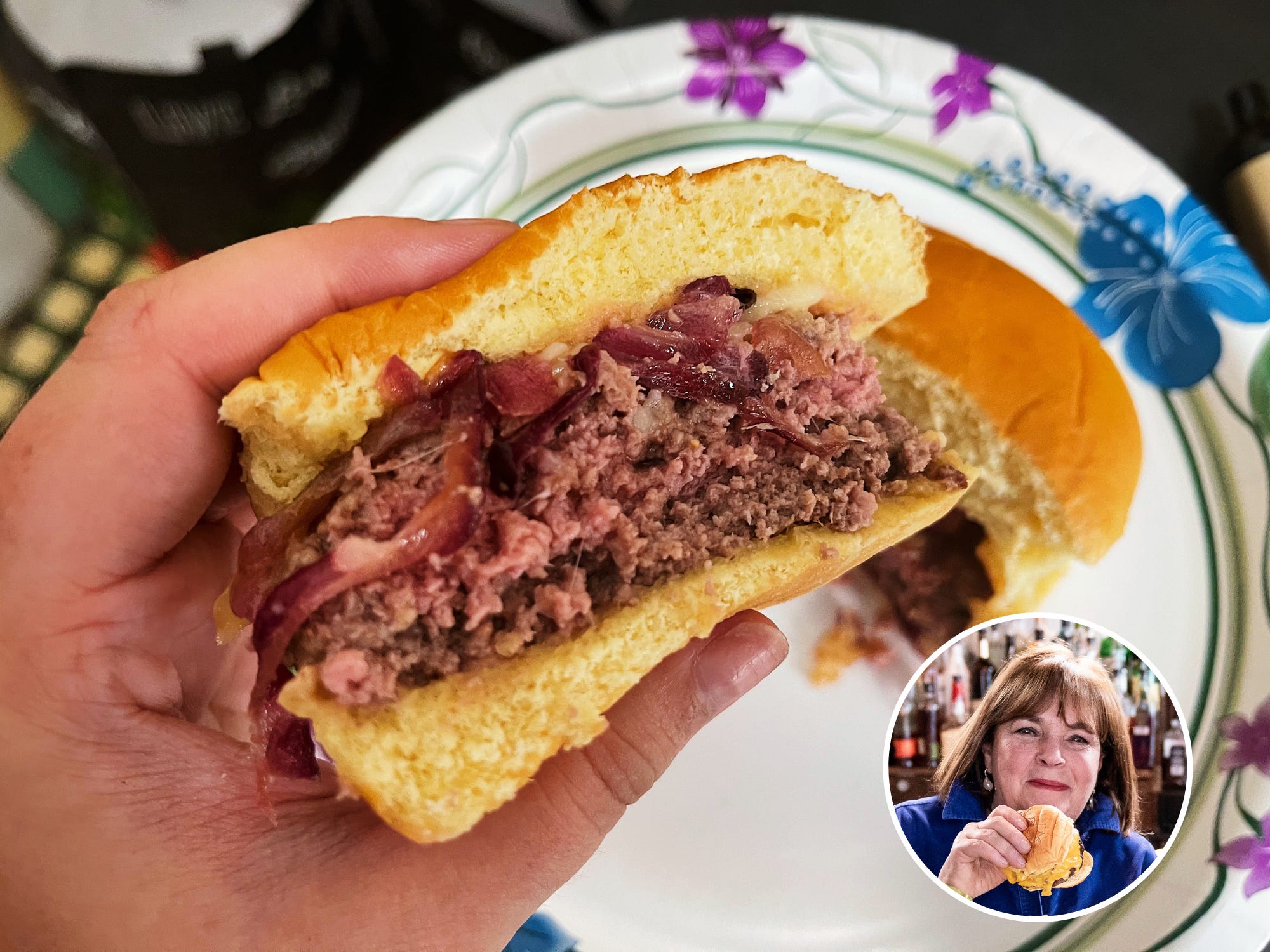 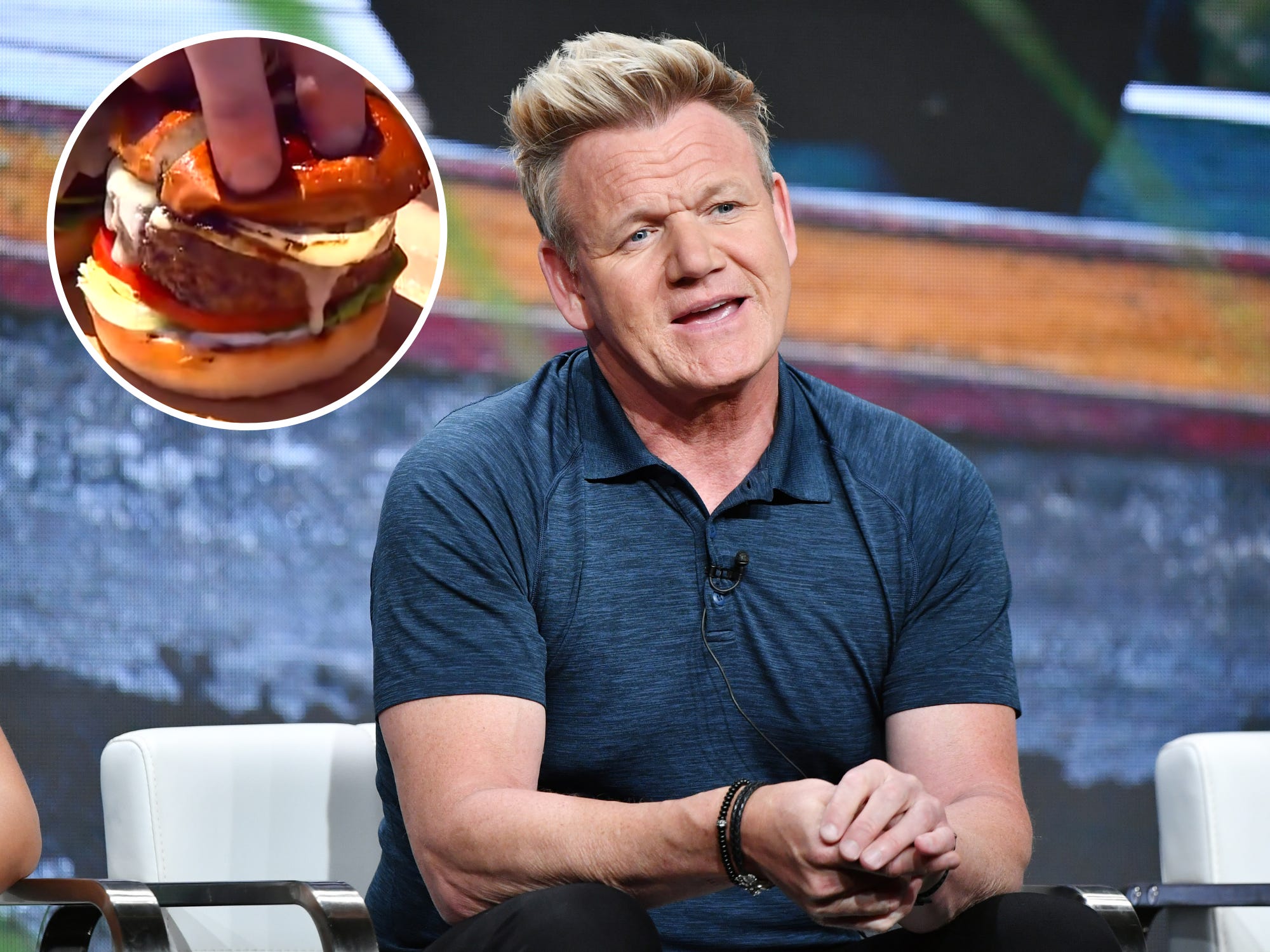 I tested Gordon Ramsay’s perfect American burger recipe against his friends’ ‘Euro-burger,’ and the winner’s toasted bun pushed it over the edge

Gordon Ramsay took on his friends in an on-screen burger competition and our reporter made both to see which was better. 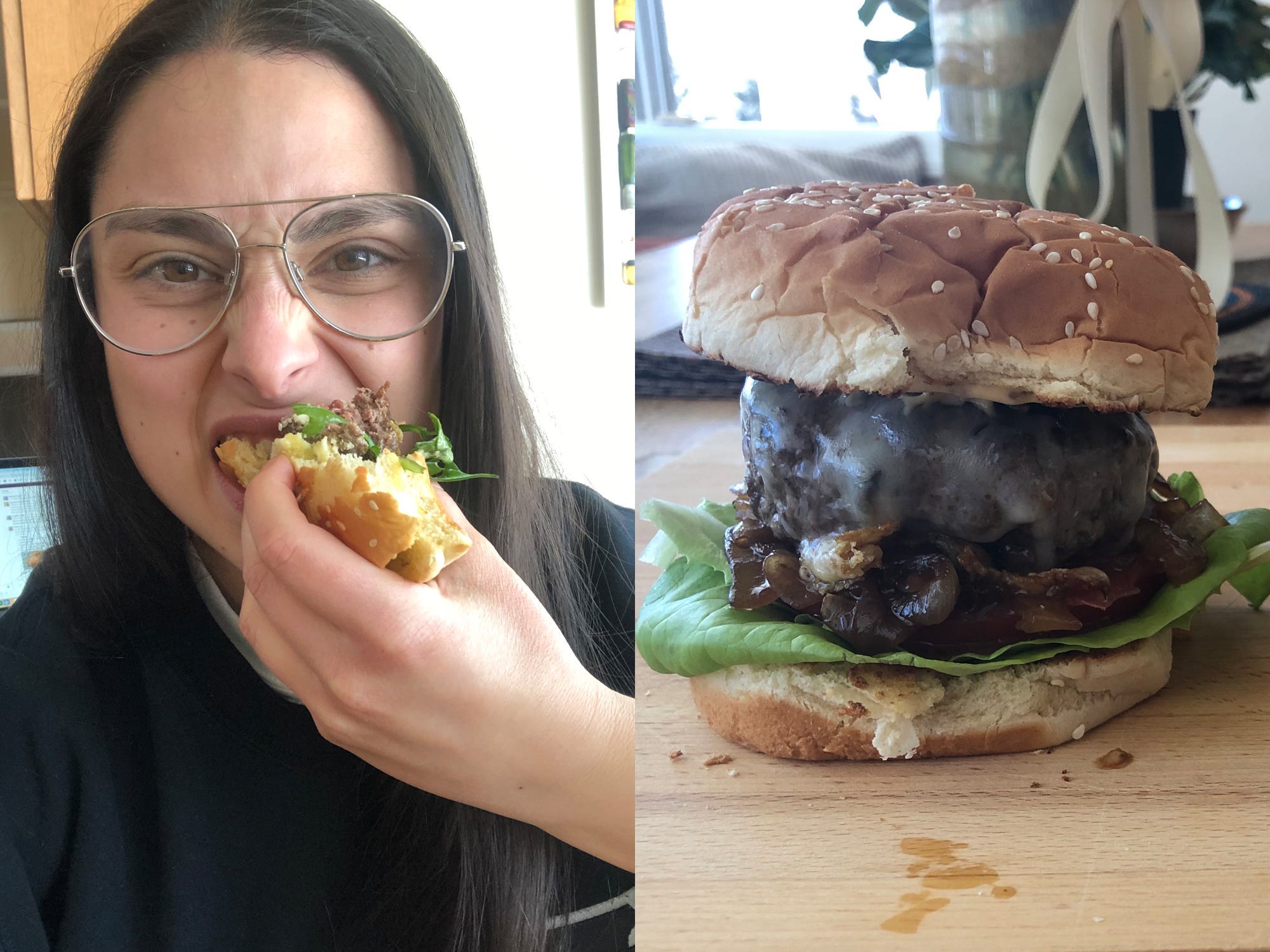 I ate at Carl’s Jr. for the first time and found the chain desperately needs a new personality

Every burger chain has something that makes it stand out. However, as someone who’d never eaten at Carl’s Jr. before, I had trouble figuring out what that chain’s “thing” is. I ate at a Carl’s Jr. restaurant for the first time in order to find out why people might choose […] I compared the cheapest and most expensive burgers from McDonald’s, Burger King, and Wendy’s. Only one chain offers better quality for more money.

Value for money is one of the biggest reasons people eat fast food. So I set out to find out what your money gets you at McDonald’s,Wendy’s, and Burger King. I compared the cheapest burger with the most expensive burger at each chain and found that only one chain has […] I compared Wendy’s cheapest burger with its most expensive, and found the $7 upgrade is more than worth it

Wendy’s is all about the beef. It prides itself on using the same fresh, never frozen beef in all of its burgers. So if the beef is the same, then what’s the point of an upgrade? I compared the cheapest burger at Wendy’s with the most expensive burger, and I […] I compared Burger King’s cheapest burger with its most expensive, and found they both offer a poor value I compared McDonald’s cheapest burger with its most expensive, and the difference was staggering

Value is one of the biggest reasons people often eat at McDonald’s. However, McDonald’s recently did away with its value menu, replacing it with frequent deals. The chain has also made changes to appeal to higher-end customers, such as upgrading its beef and rolling out delivery. With increasing wealth inequality […] Shake Shack now has a secret ‘Game of Thrones’ menu, but it comes with a catch

Shake Shack is offering a secret “Game of Thrones” menu at its Madison Square Park location in New York City. Starting now, the burger joint will offer a spicy “Dracarys Burger,” which will be available for $US10.99 through April 21, and an ice-cold “Dragonglass Shake” that will last through May […]

The Impossible Burger is a plant-based patty made by Silicon Valley startup Impossible Foods with backing from Bill Gates. The burger is available across the US, most recently in White Castle burger chains. Environmentalists and journalists are taking issue with the burger’s safety because of a key ingredient called heme, […] We tried the fancier, pricier burgers McDonald’s is betting on to boost its sales — here’s the verdict

McDonald’s lineup of premium burgers is helping the fast-food giant’s sales numbers, it said in April. These premium burgers use select ingredients and are marketed as higher-quality menu options. We tried them all and found that they are, on the whole, a higher quality than McDonald’s classic burgers, and they […] McDonald’s is now making Quarter Pounder burgers with fresh – not frozen – beef. Each burger is prepared fresh to order – but McDonald’s says that the change isn’t slowing down the chain. Here’s a step-by-step look into McDonald’s kitchen and how exactly the fast-food burger gets made. On Tuesday, […] On Tuesday, McDonald’s announced its Quarter Pounders would soon be made with fresh beef – historically a signature menu item for its rival Wendy’s. Wendy’s shot back with a Twitter campaign slamming McDonald’s for continuing to use frozen beef for most burgers, including the Big Mac. “You shouldn’t have to […] McDonald’s announced on Tuesday that it is swapping frozen beef for fresh meat in Quarter Pounders across the US. However, the chain isn’t currently making the change to other burgers, such as the Big Mac. “We have value customers and they’re happy with where those products are,” the company’s U.S. […] McDonald’s announced on Monday that it had completed its rollout of quarter-pounder burgers made with fresh – not frozen – beef across the US. Business Insider tried the new fresh-beef burger in March and found it to be an impressive improvement on the old-school Quarter Pounder. The fresh beef burger […]

Everyone has an opinion about the perfect... Carl’s Jr. is arguably known more for its provocative ads than its burgers, but the chain pivoted away from its controversial image in 2017. The chain just opened a location in New York City, and I decided to try it for the first time. The burgers were underwhelming, but the […] While on a recent trip to my hometown... There’s a secret ‘Burger Joint’ inside this swanky NYC hotel