A lot of things can go horribly wrong in a fighter jet, and how you handle the stress of the moment may determine whether you live or die, the retired US Navy Cmdr. Guy “Bus” Snodgrass writes in his new book, “TOPGUN’s Top 10: Leadership Lessons from the Cockpit.” Talking […] 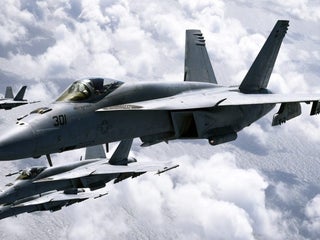 Guy Snodgrass, author of the book “Holding the Line: Inside Trump’s White House with Secretary Mattis,” told Insider, “Absolutely, Mattis did not want me to write this book.” Mattis’s assistant gave a statement to Politico about the book, saying that in writing it, Snodgrass had “surrendered his honour.” But Snodgrass […] Trump ordered former Defence Secretary James Mattis to “screw Amazon” out of a lucrative government cloud contract, former Defence communications director Guy Snodgrass alleges in a new book, according to a preview from Task & Purpose. The revelations in Snodgrass’s book, “Holding The Line: Inside Trump’s Pentagon with Secretary Mattis,” […] Mattis got so annoyed on calls with H.R. McMaster that he pretended the line got disconnected

Former Defence Secretary Jim Mattis’ relationship with former national security adviser H.R. McMaster was tense enough that Mattis feigned interruptions of their calls, according to his former speechwriter. While on a flight, Mattis took a call from McMaster in the White House, according to retired US Navy commander Guy Snodgrass’ […] Vice President Mike Pence once called Jim Mattis to see if he was interested in becoming Trump’s defence secretary. Mattis said he was busy.

Former Defence Secretary Jim Mattis put a phone call with Vice President Mike Pence on hold as he was volunteering at a food bank, according to an upcoming book written by Mattis’ aide. Guy Snodgrass, a retired US Navy commander and Mattis’ former speechwriter, recounts in his book, “Holding the […] ‘Who gives a s— about Afghanistan?’: Trump stunned officials with his comments during a military briefing, former aide says

President Donald Trump bemoaned a US-led coalition mission to provide aid to Afghanistan and derailed a meeting with top military officials last year, according to an upcoming book by an aide to former Defence Secretary Jim Mattis. “Seriously, who gives a s— about Afghanistan?” Trump said, according to Guy Snodgrass, […]