Alison Brown, a 38-year-old personal trainer and gym owner in Canada, completed 730 burpees in an hour, breaking the former world record by a female of 709. She wanted to show her son he could do anything he set his mind to, and chose the burpee because of it symbolized […] 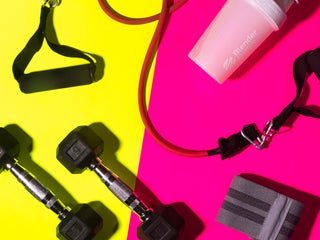 A farmer in Hawaii is thought to be growing the largest and heaviest avocados in the world. Kenji Fukumitsu’s avocados are as big as a newborn baby and weigh over 6lbs each. He donates many of them to a nearby medical centre. Millennial brunch aficionados may need to add a […]

This is the deepest swimming pool in the world

VIDEO: Y-40 The Deep Joy is the kind of pool that scuba and free divers dream of. It holds a Guinness World Record as the deepest pool for diving at 137 feet. It also has various features for divers of all levels to practice their skills. The most incredible world records of 2015 The World’s Largest Video Game Collection Just Sold For Over $US750,000 "The razor-toothed piranhas of the genera... At the 2010 Winter Olympics in Vancouver, 19-year-old Korean figure skater Yuna Kim made history. Known as the “Queen of the Rink,” she broke three world records during the competition: both the highest scoring short and long programs for women which combined to create the highest figure skating score ever […] This Incredible Rube Goldberg Machine Shows All Of World History

For absolutely no reason. A Rockstar Violinist Was Just Named The Fastest Person On Earth [credit provider=”Meredith Galante/Business Insider”] To generate excitement about the upcoming summer Olympic Games in London, London & Partners, the organisation that promotes tourism for London, recently launched a campaign to break 20 Guinness World Records between now and the start of the games.We were on hand at the London Hotel […] BIKINIS, PIERCINGS AND VIDEO GAMES: The Year In World Records

[credit provider=”Guiness World Records” url=”http://www.guinnessworldrecords.com/news/2011/10/australia-sets-record-for-largest-bikini-parade/”] In our society people are always trying to out-do one another.The Guinness World Records helps recognise some of these feats that are extraordinary and somewhat odd.