If you haven’t already applied for federal small business relief, you’re probably out of luck on this round — but you still have a few other options.

The US government added a second round of $US310 billion to the Paycheck Protection Program (PPP). But small business owners who haven’t applied for PPP loans yet, may be too late to receive any funding. Bankers, lawyers, and consultants said the volume of already approved loans will be enough to […] 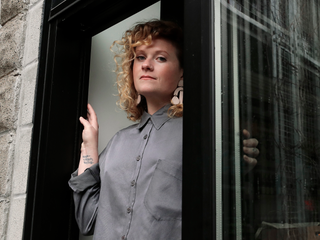 77,000 young Wall Streeters took the gruelling CFA exam in December — more than half of them failed

About 45% of the 77,000 December test-takers for the CFA Institute’s Level I exam passed. The exams are increasingly popular in Asia-Pacific, which had about 46,000 candidates in December – a 19% increase compared with last year. To accommodate the growth in Level I test-takers, Business Insider reported in November […] Brad Katsuyama, the CEO of upstart stock exchange IEX, didn’t realise how hard disrupting Wall Street would be. Katsuyama, who came to prominence as the star of Michael Lewis‘ 2014 best-selling ” Flash Boys,” said without the book, “I’m not sure if I’m sitting here for a stock exchange right […] The ‘big squeeze’: Ray Dalio, founder of the world’s largest hedge fund, breaks down how the next financial meltdown will look different from the last

Ray Dalio, the founder and cochief investment officer of Bridgewater Associates – the world’s largest hedge fund – spoke with Henry Blodget at Business Insider’s IGNITION conference on Monday. Dalio outlined why he thinks the next financial crisis will be different from the last, and placed great emphasis on a […] A Florida wealth-management firm that oversees $US2.5 billion hires brokers who’ve had run-ins with the law or regulators. Some of the brokers reported minor infractions, such as shoplifting as a teenager, while others faced enforcement actions from groups like the Financial Industry Regulatory Authority. The midsize firm’s strategy – which […] ‘In our early days, we were really hustlers’: The founder of a $75 million crypto fund shares his best advice for aspiring entrepreneurs

Kyle Samani, a cofounder and managing partner of the crypto fund Multicoin Capital who was recently named to Forbes’ “30 Under 30” finance list, shared the story of his entrepreneurial journey and gave some advice to aspiring startup founders. “Find your passion, and figure out how to do that 20 […] Goldman Sachs just bought a one-person startup, and it’s betting it could change the day-to-day lives of its bankers

Goldman Sachs has bought a one-person startup to help supercharge its bankers’ financial modelling skills. The bank is hoping the cloud-based software can begin to do for investment banking what SecDB, its risk-management system, has done for the securities division by creating a single place where models can be stored […] Sessions is out, marijuana wins in midterms: Cannabis investors react to a head-spinning 24 hours in Washington

It’s been a head-spinning 24 hours in the news cycle, particularly for investors in the scorching-hot cannabis sector. While cannabis bulls cheered Attorney General Jeff Sessions stepping down Wednesday – and Rep. Pete Sessions’ loss – they said the federal government needed to clarify rules around banking in the industry […] Goldman Sachs named its new partner class on Wednesday. It’s the first partner group under new CEO David Solomon and the class is more selective and diverse than ever. Goldman selects partners every two years, a throwback to its history as a private partnership and an attempt to preserve a […] UBS held an innovation competition last week for junior bankers in its investment-banking division. Five groups of finalists gave their pitches to a panel of judges made up of senior bankers. The winning team, known as Dal.ia, proposed using artificial intelligence techniques to automate some of the job’s more mundane […] Steve Kurz, 33, followed his former boss Mike Novogratz to Galaxy Digital Capital Management, where he’s the head of asset management. He was featured as part of Business Insider’s Rising Stars of Wall Street list. Kurz gives advice about how to take risks and get up-to-speed in crypto. One of […] Coinbase, the cryptocurrency powerhouse, has doubled its staff to 500 even amid bitcoin market rout These potential treatments for ageing could unlock cures to a range of age-related illnesses, from cancer to heart disease

By figuring out how to manipulate the human ageing process, researchers hope they might be able to delay ageing-associated diseases such as Alzheimer’s, cancer, osteoporosis, heart disease, and diabetes. Researchers from the National Institute on Ageing (NIA) are working to decipher how ageing happens on a cellular level and develop […] ‘We have pulled every lever imaginable:’ GM is joining America’s biggest companies in shaking up the healthcare system

GM is joining the growing chorus of employers looking for ways to shake up the US healthcare system and lower the cost of their employees’ healthcare. In 2019, the company will offer its salaried employees in Southeast Michigan a plan that works directly with Henry Ford Health System. Through that […] Morgan Stanley has analysed “key man” risk, looking at the damage that might be done if an influential CEO suddenly steps down. Asset managers, software companies, and large-cap banks have the highest risk, according to the study. The possible departure of JPMorgan CEO Jamie Dimon was highlighted as significant key-man […]