The New York Times reports that designer Telfar Clemens and his business partner Babak Radboy are confident in their original bag. 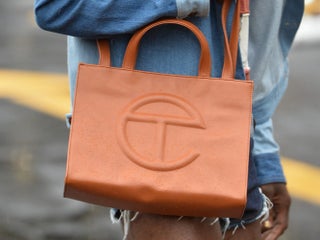 Clothing brand Guess soared as much as 27% Thursday after blowing past second-quarter estimates and raising its fiscal 2020 estimates. The retailer shifted its outlook higher than prior expectations due to “effective expense management” and improved profit growth, CEO Carlos Alberini said. The executive also said a new set of […] Victoria’s Secret got whacked by Trump’s tariffs. Here’s why fashion stocks are suffering.

Stocks plunged on Monday after China announced it would slap tariffs on US goods in response to higher US duties on Chinese goods. Fashion stocks including Victoria’s Secret-owner L Brands, Gap, and Abercrombie & Fitch were among the biggest decliners due to their dependence on Chinese suppliers and consumers. Markets […] 9 of the most beautiful, expensive luxury smartwatches you can buy

The world of luxury smartwatches is a wild, wonderful, and expensive place. There are some that come with a justifiable price tag – like the Emporio Armani Connected, which is “only” $US395. Others, like TAG Heuer’s white gold and diamond-encrusted timepiece, cost more than most people make in a year. […] Guess cofounder Paul Marciano has agreed to temporarily step down from the company while it investigates sexual misconduct claims made against him. Kate Upton accused Paul Marciano of sexually assaulting and harassing her when she first started out as a model. Marciano has denied the allegations. The cofounder of Guess […]