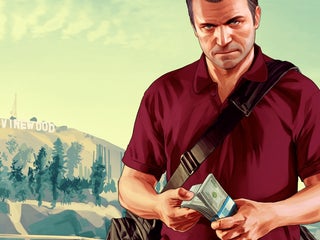 You can go anywhere in "Grand Theft Auto."... The "Grand Theft Auto" series is just shy of... The "Grand Theft Auto" series is, simply put, a... No ‘Grand Theft Auto’ game has ever looked this good

VIDEO: These guys recreated a live version of GTA using a drone and some simple graphics Out in stores September 17. Gives a sneak peek at multiplayer. In a fictionalized Los Angeles.