The 5.7% GDP growth in 2021 was the highest since 1984, when Reagan touted the booming economy in his now-famous "Morning in America" campaign. 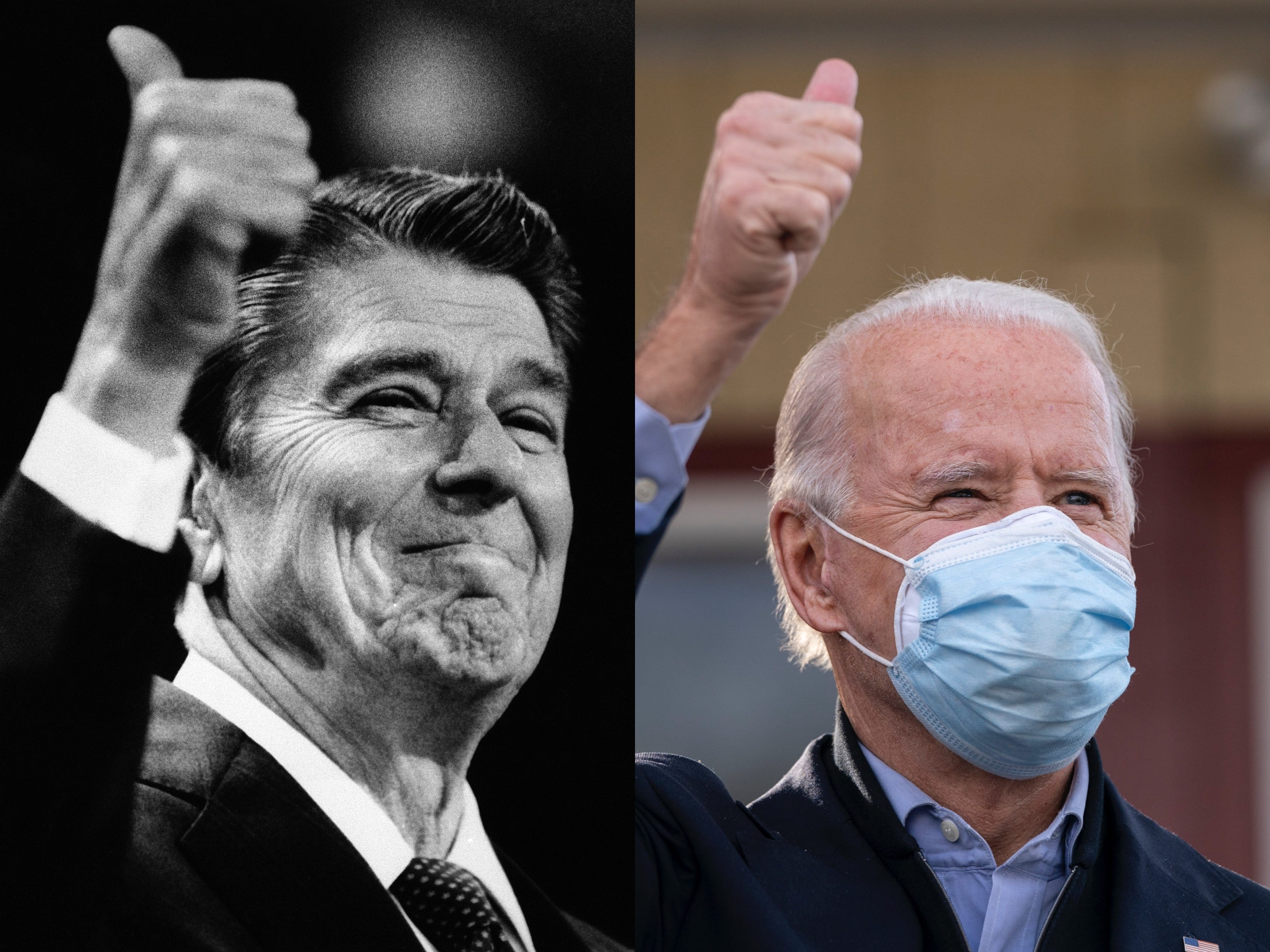 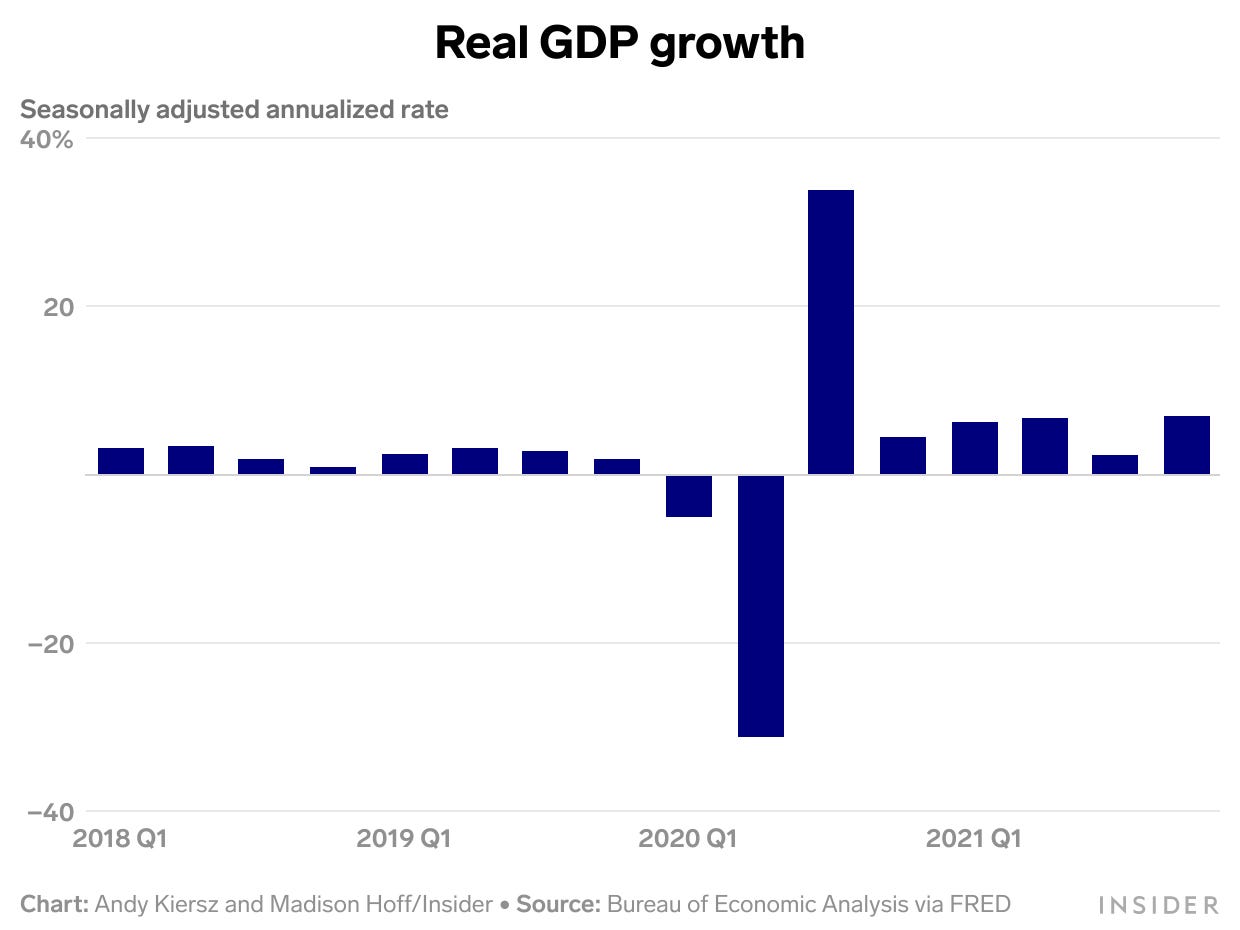 Wall Street’s verdict is in: the US economy is booming again

JPMorgan and Morgan Stanley just boosted estimates for Q4 growth, but it's a strange type of boom — Americans' economic optimism is at a decade low. 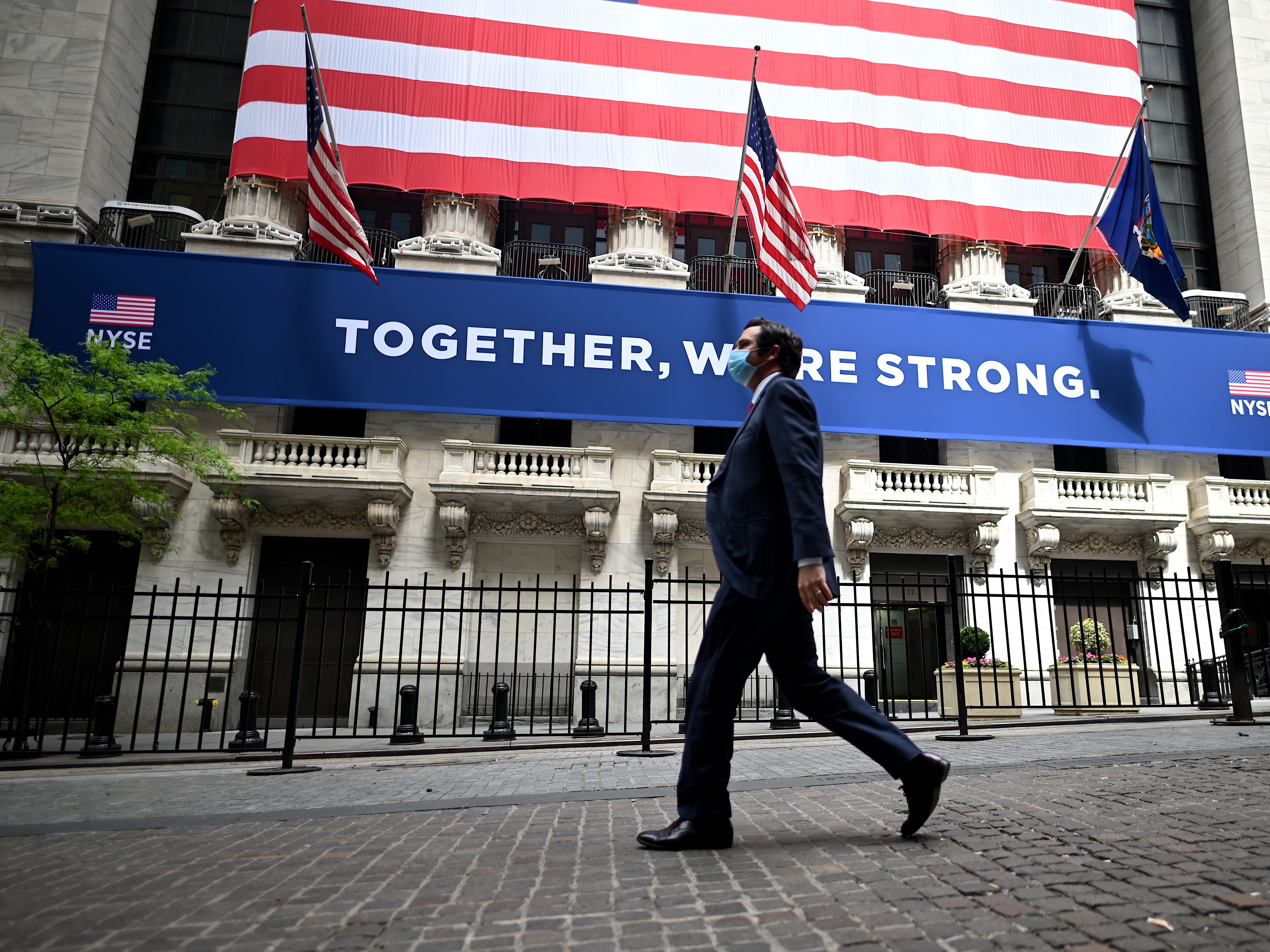 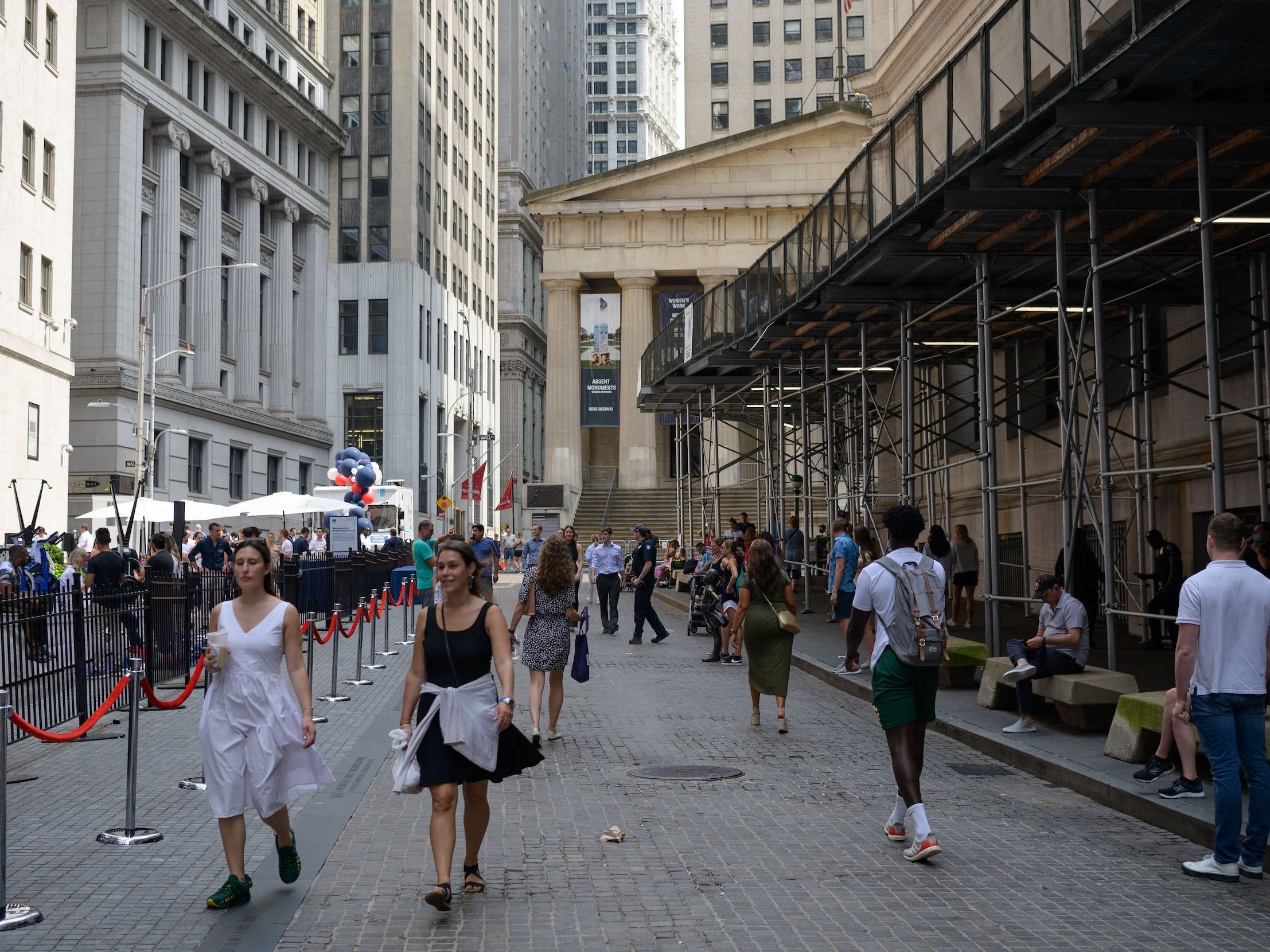 The economy benefitted massively from vaccines and reopening under Biden. Conversely, the Trump presidency saw the worst growth since Hoover. 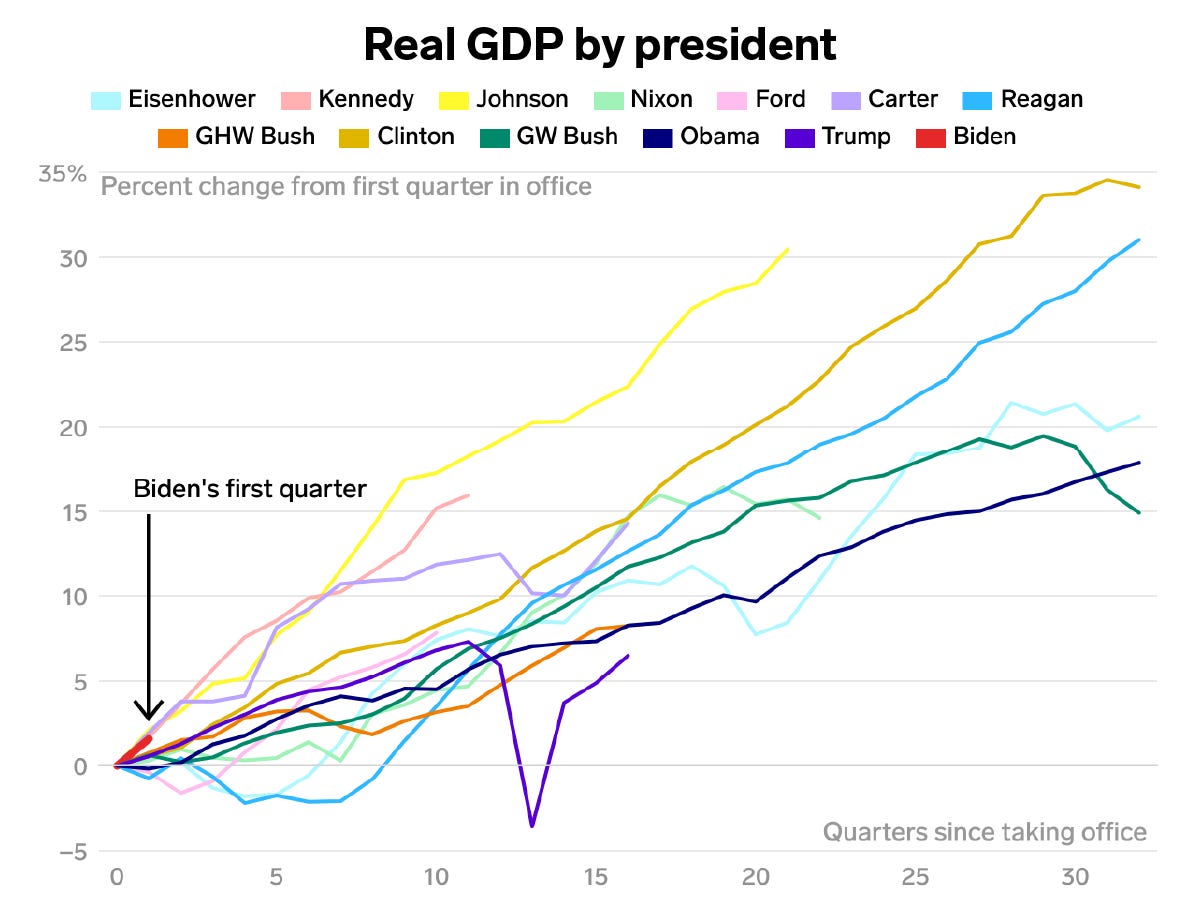 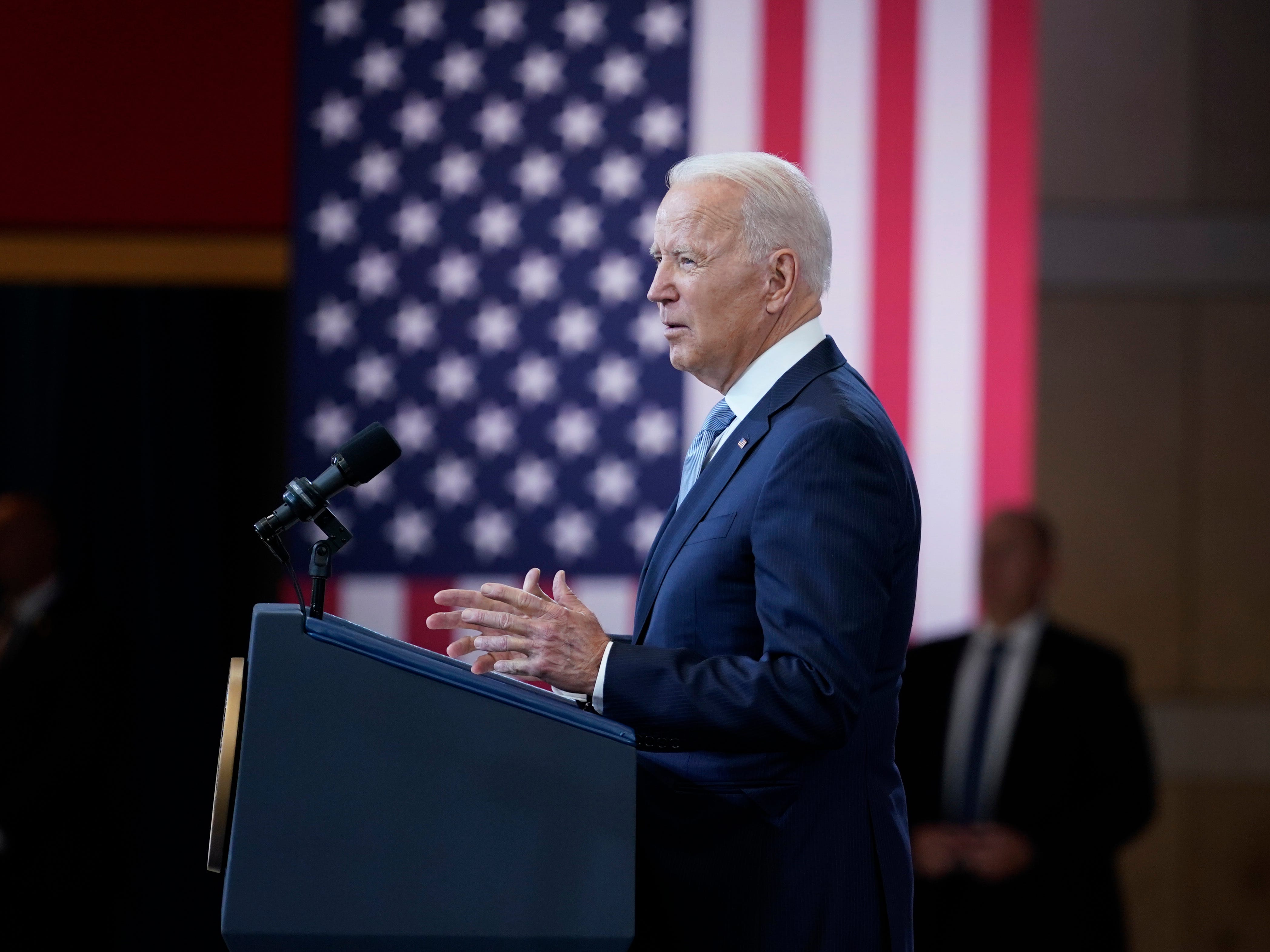 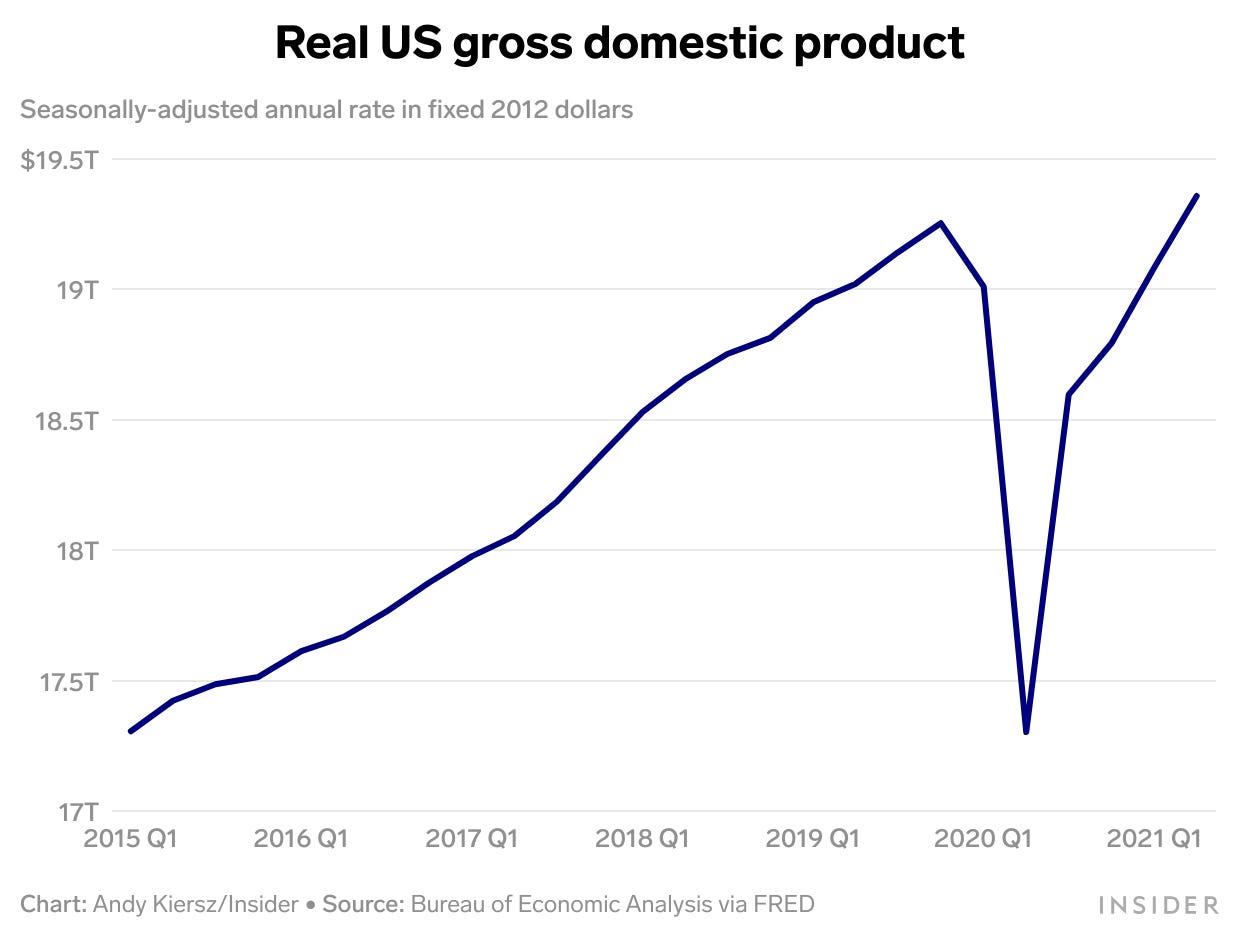 The UK economy grew 2.3% in April as pubs and restaurants reopened and the vaccine drive continued at pace

Chancellor Rishi Sunak said the UK GDP figures were "a promising sign that our economy is beginning to recover." 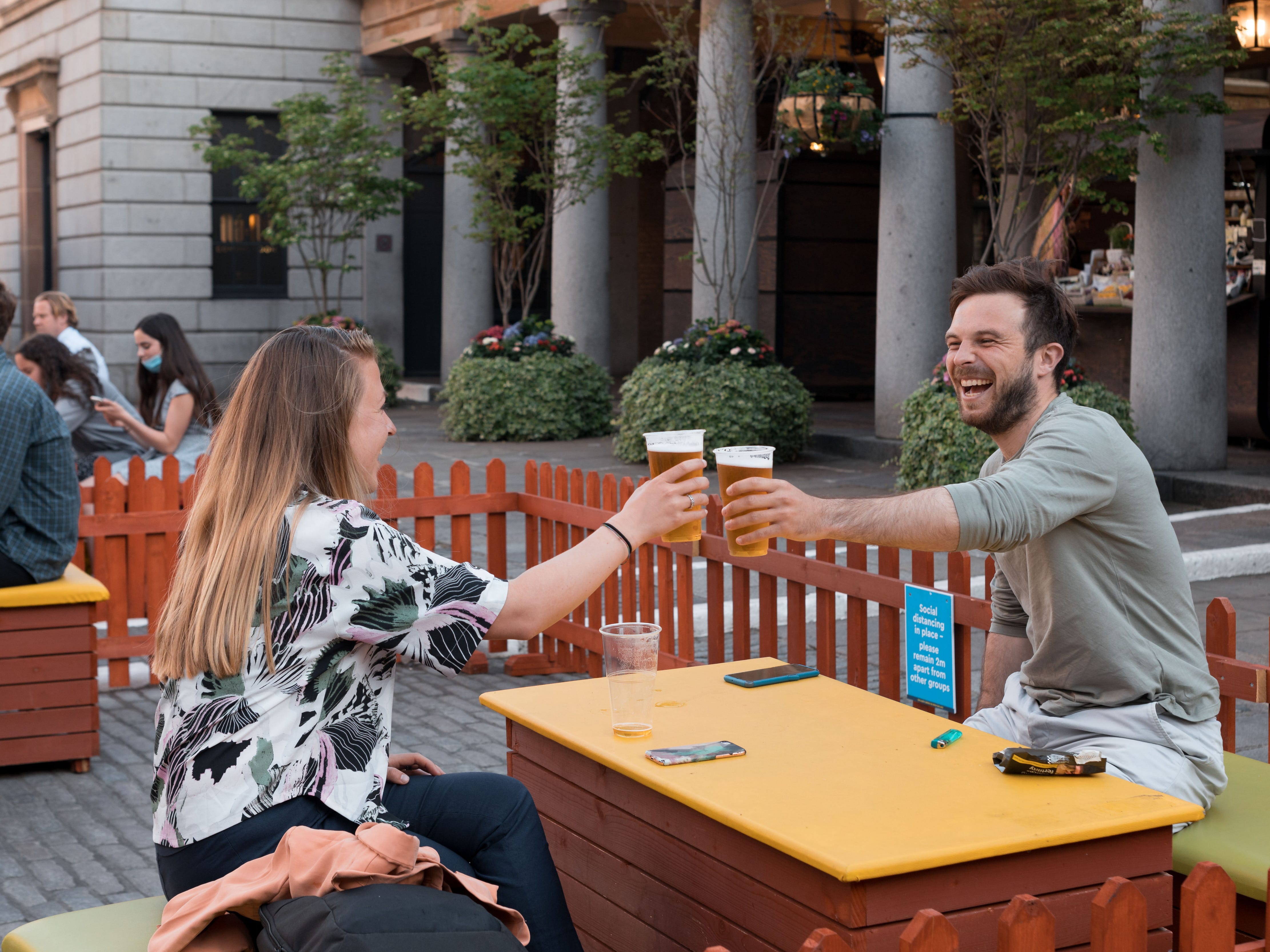 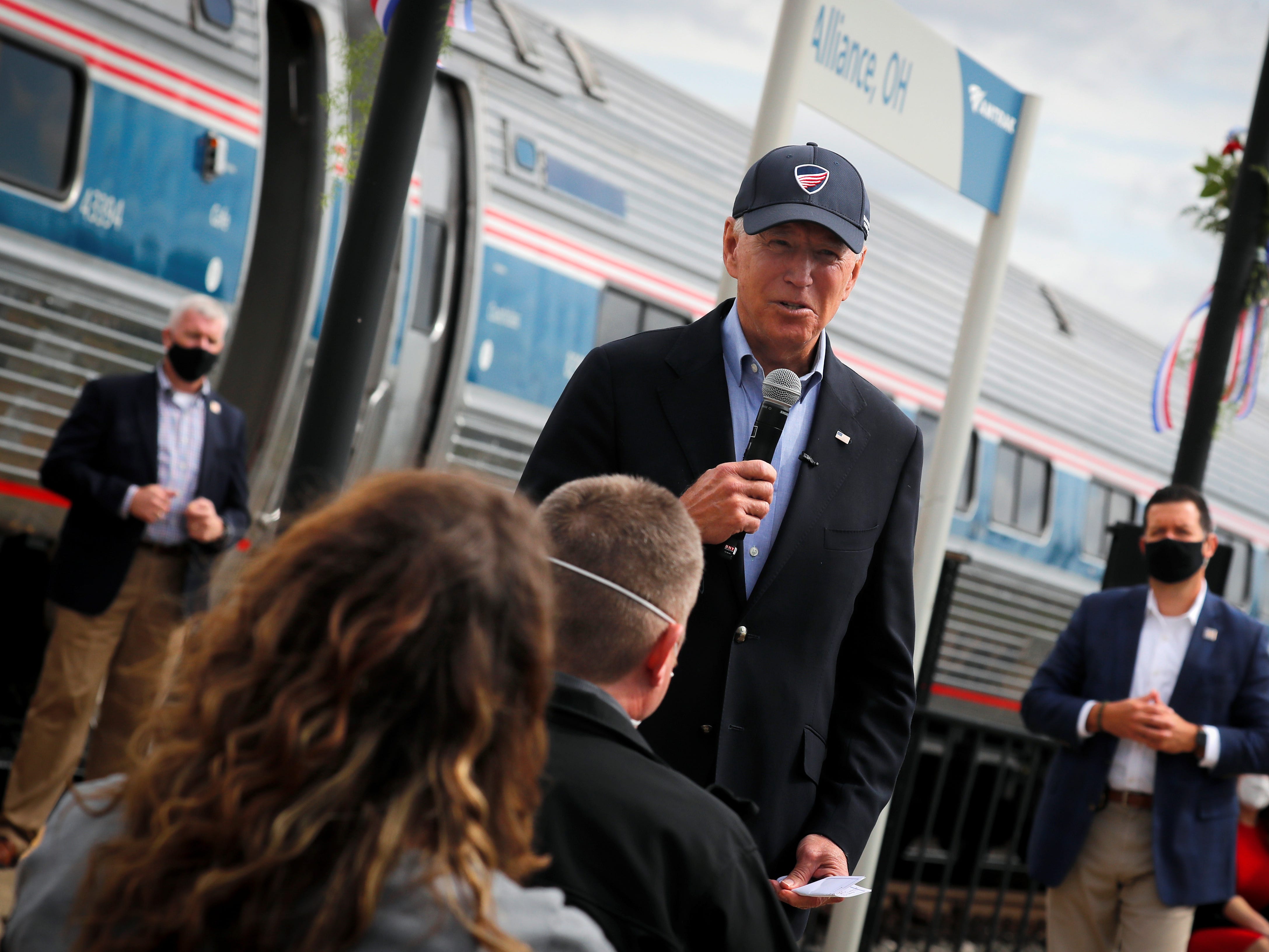 US GDP will exceed its pre-pandemic peak by the end of June, Atlanta Fed model says

The central bank's model sees second-quarter growth reaching an annualized rate of 10.4%. That would be the second strongest expansion since 1978. 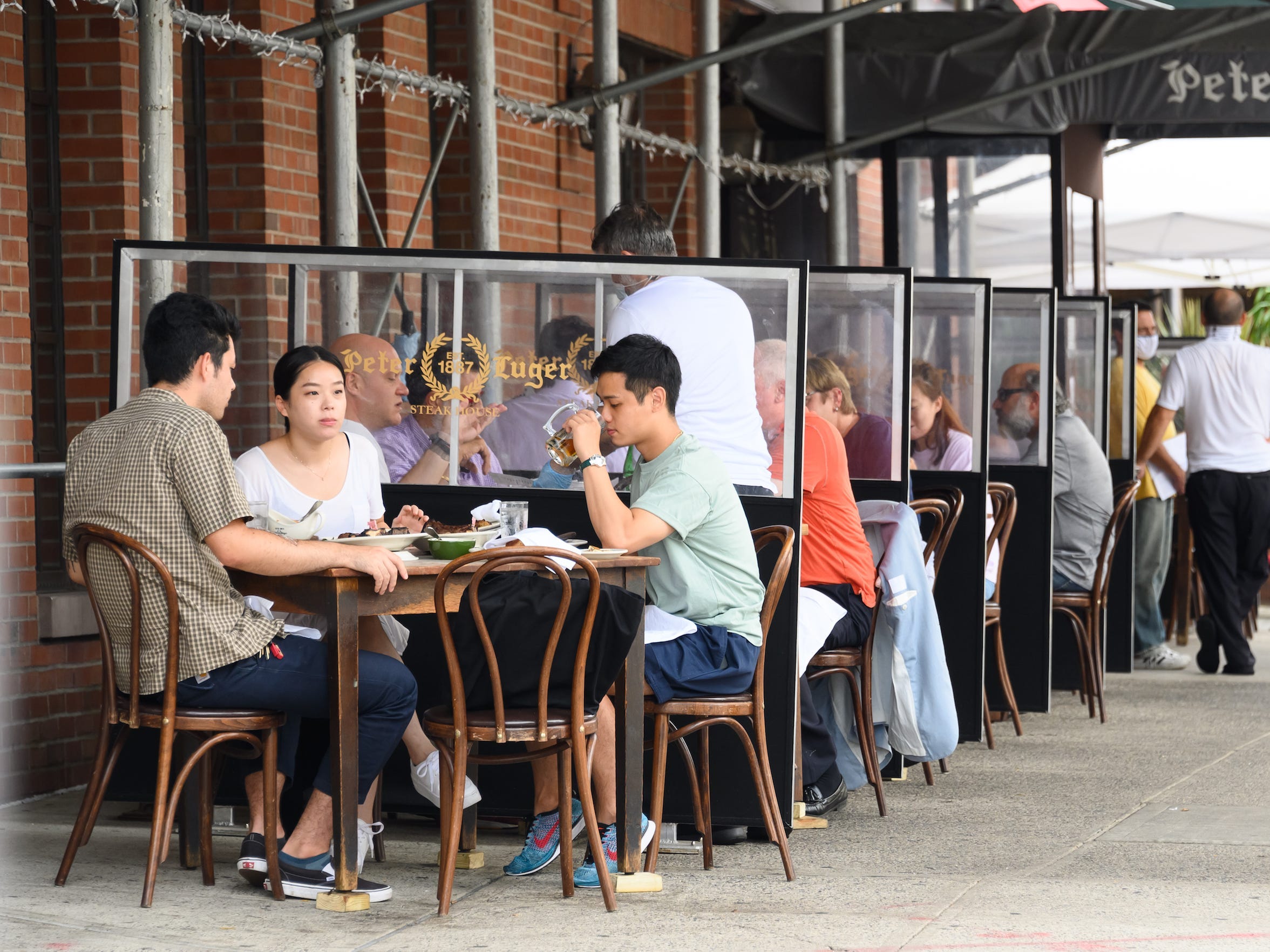 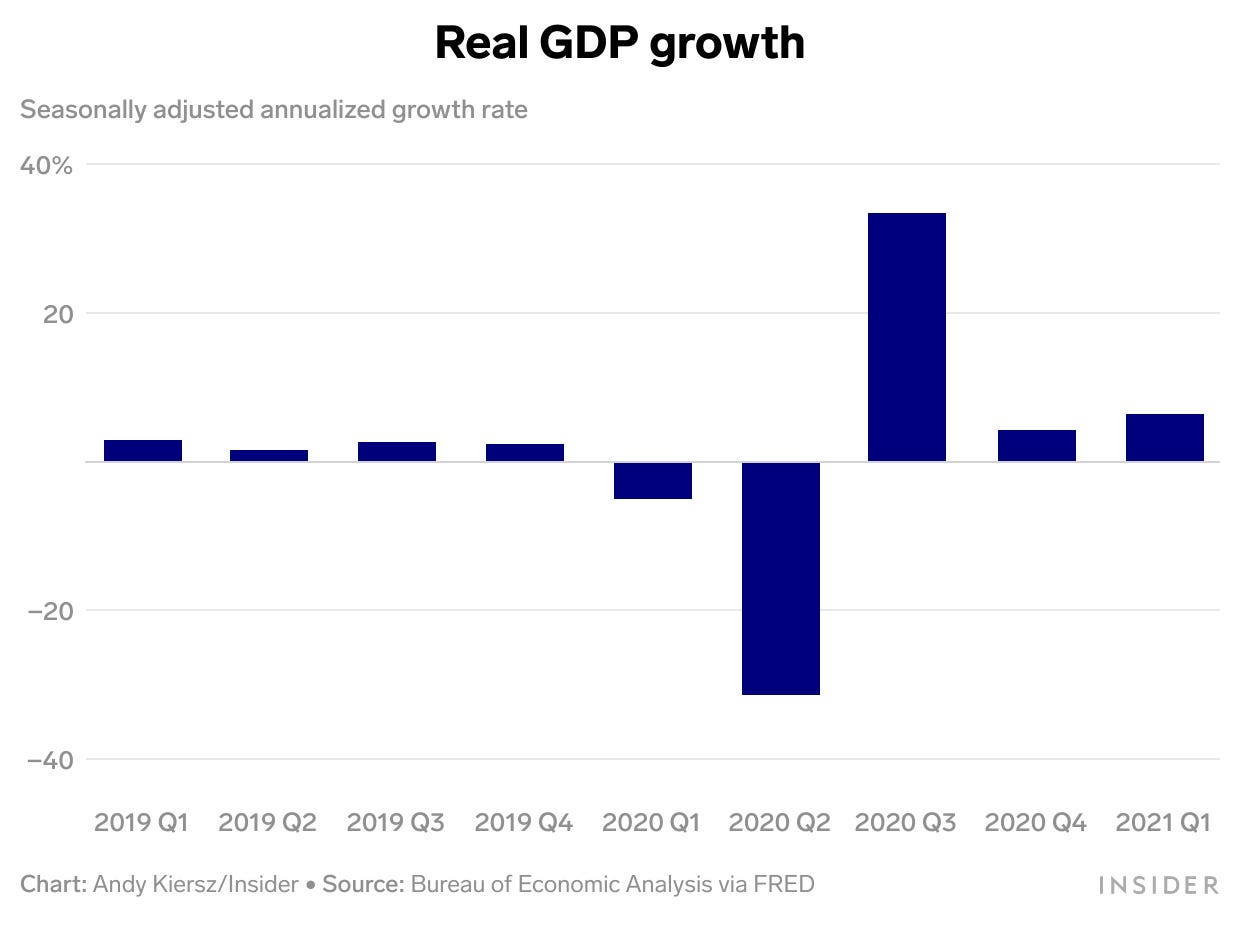 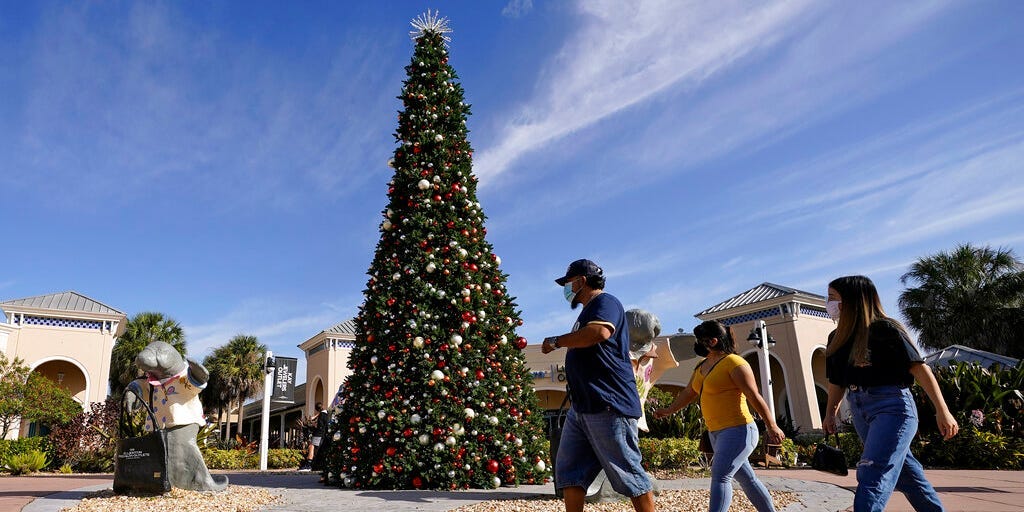 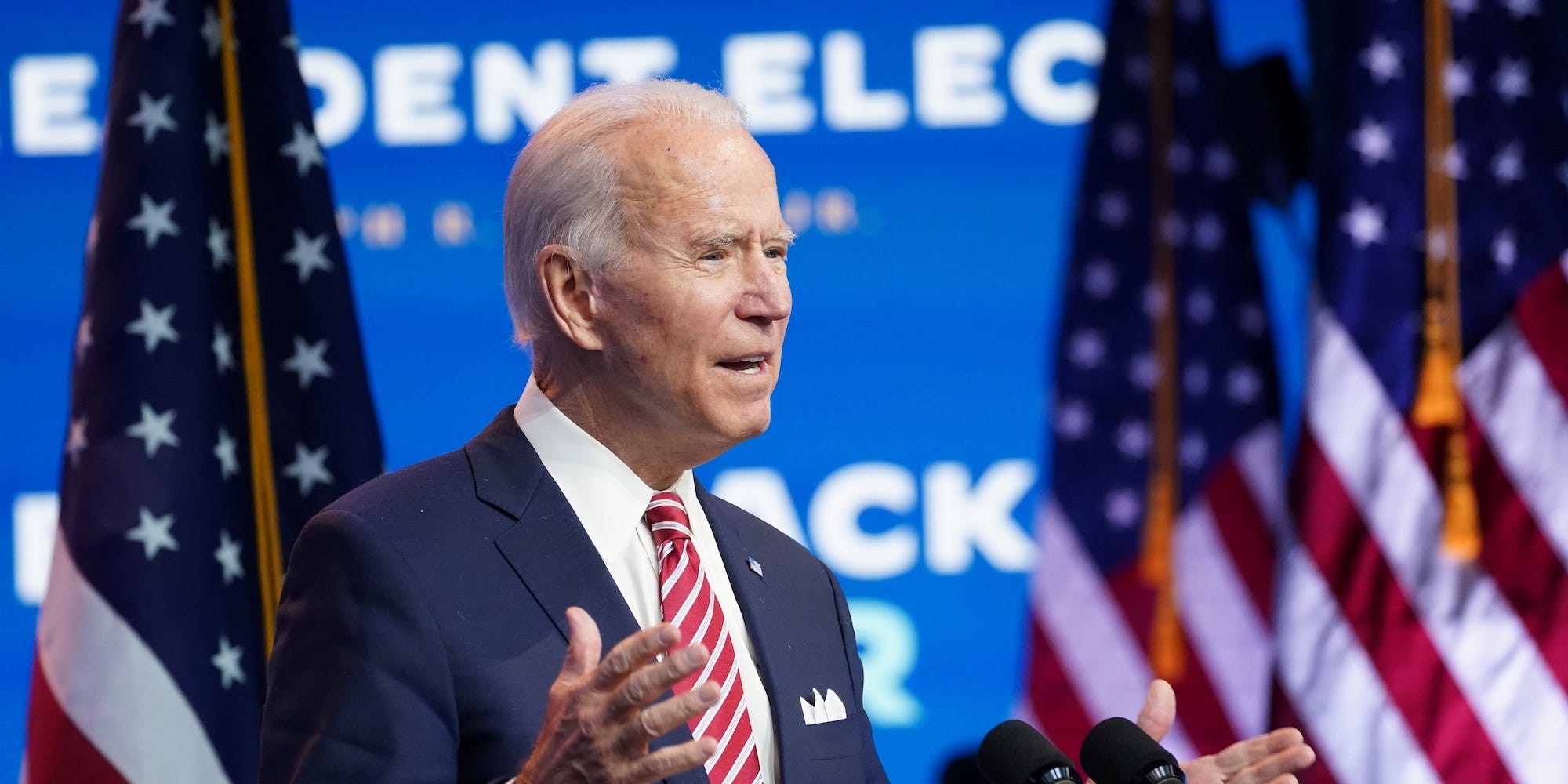 Spiking COVID-19 cases and slowing economic activity have led Goldman Sachs to cut its near-term growth forecasts. Economists led by Jan Hatzius predicted that US gross domestic product would grow by 3.5% in the fourth quarter, down from a forecast of 4.5%. The bank also lowered its first-quarter 2021 growth […] US equities climbed higher on Thursday as rallying tech stocks and encouraging economic data reversed some of Wednesday’s plunge. Apple,Amazon,Facebook, and Alphabet led gains ahead of the companies’ third-quarter reports. US GDP grew at a record 33.1% annualized rate in the third quarter, the Commerce Department said Thursday. The reading […] 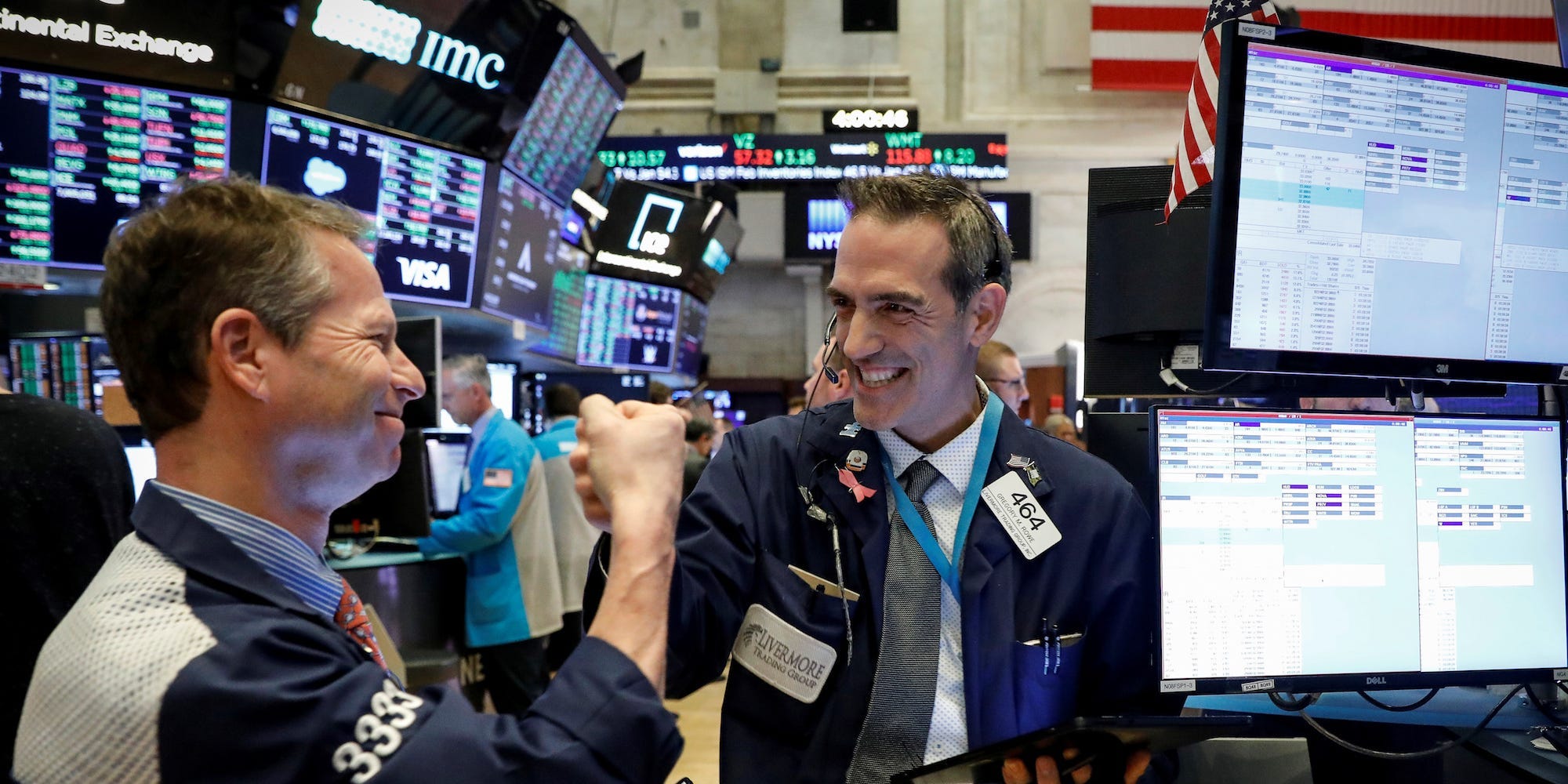 US equities slid on Thursday, even as economic data pointed to a stronger-than-expected pace of recovery. The US economy grew at a record 33.1% annualized rate in the third quarter, the Commerce Department said Thursday. The reading exceeded the 32% estimate from economists surveyed by Bloomberg. Weekly jobless claims fell […]

Trump is touting the record-shattering GDP report as evidence of a full economic rebound. Here’s why the recovery actually has much further to go.

The US economy grew 7.4% during the third quarter, or 33.1% at an annualized rate. But the economic recovery still has a long way to go, experts say. The GDP may not reflect the economic wellbeing of average people. “It’s masking these pockets of real distress,” former Federal Reserve economist […] 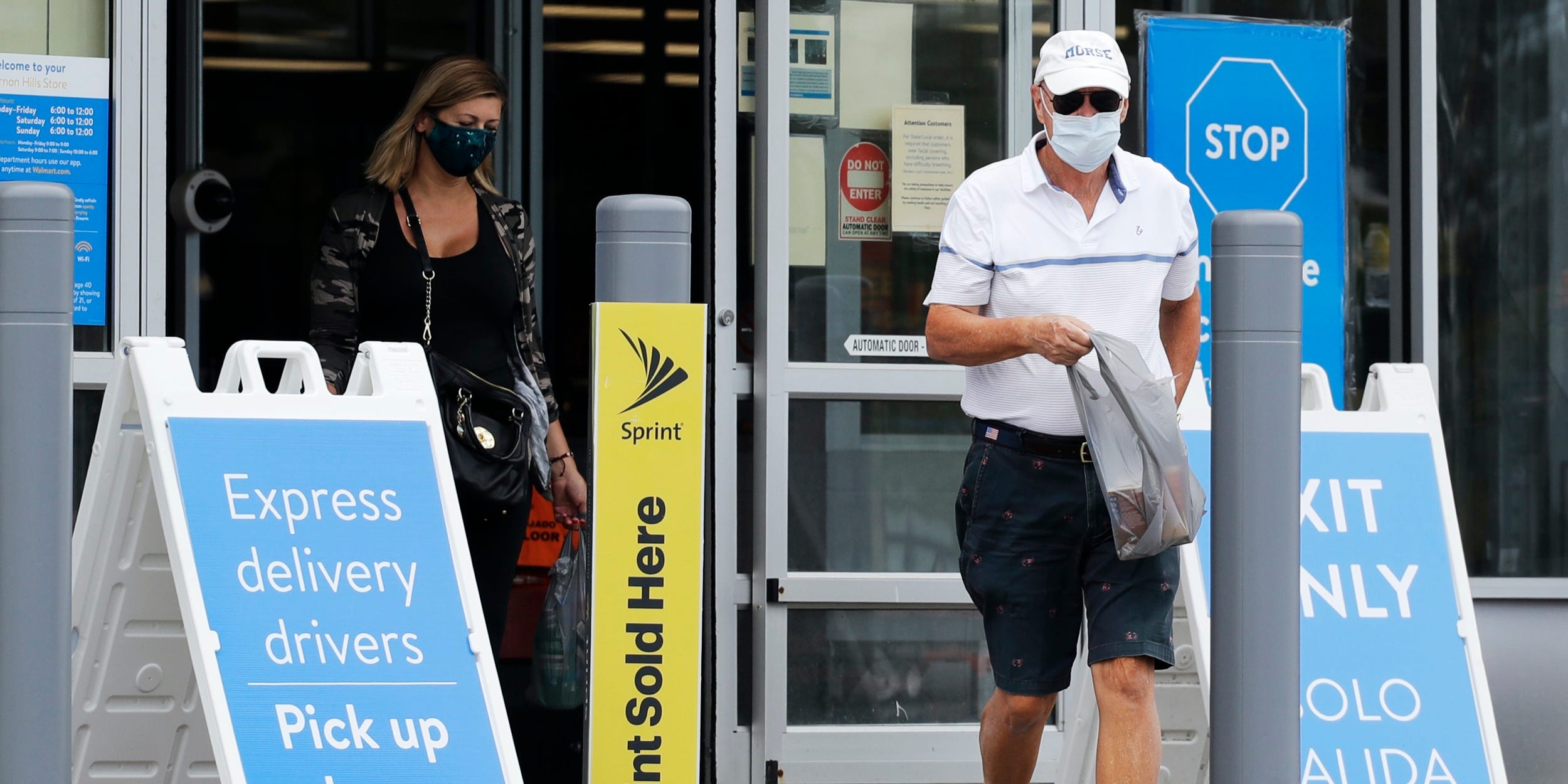 US gross domestic product grew at a record 33.1% annualized rate in the second quarter, the Commerce Department said on Thursday. The jump followed the second quarter’s 31.4% annualized slump and roughly doubled the next-biggest increase on record. Economists surveyed by Bloomberg had expected a 32% increase. The GDP reading […] 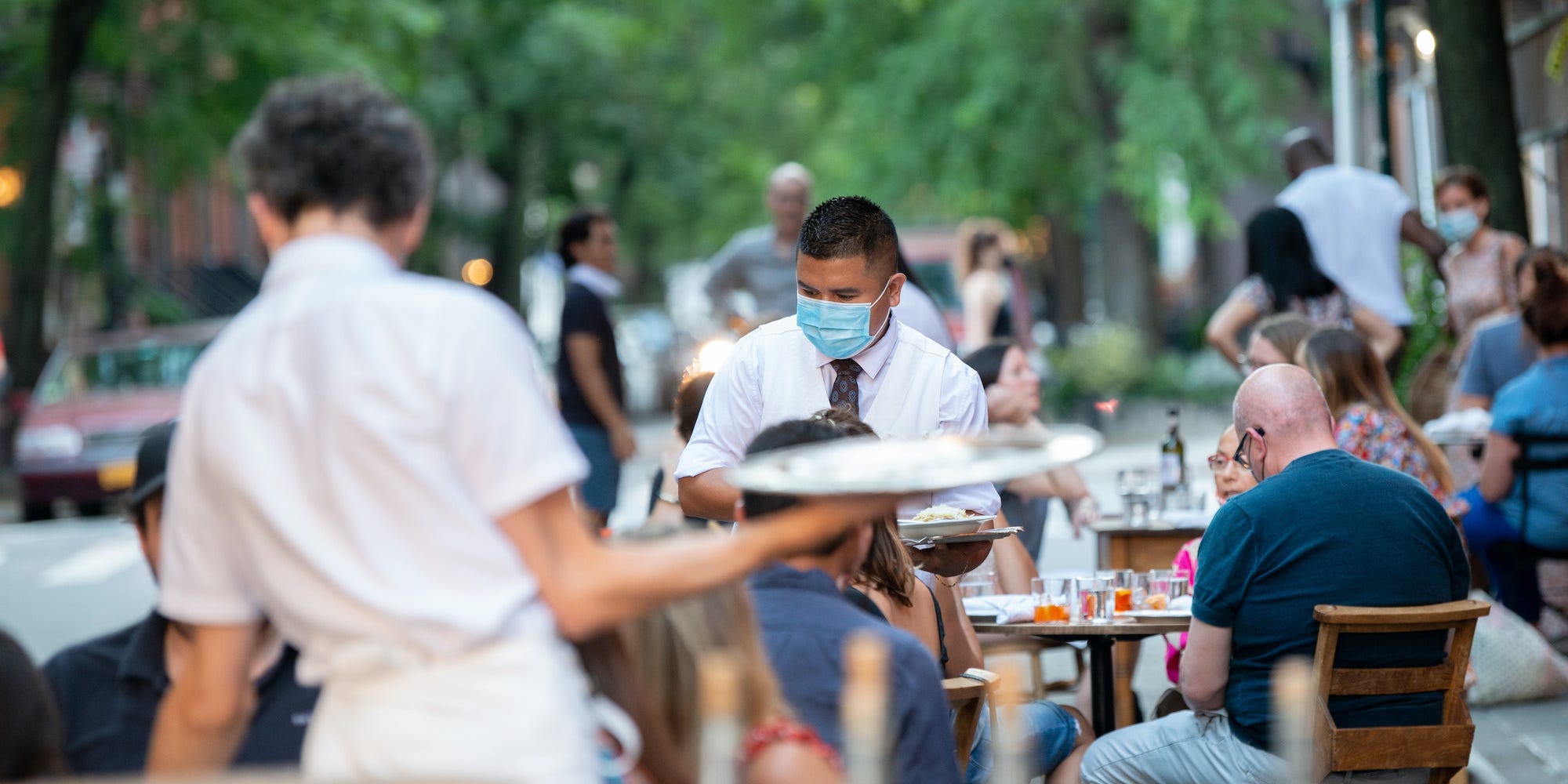