Shayla Herrington told Insider brides who bombard her are a red flag: "I would love to hear about your day, but not through a phone call every day." 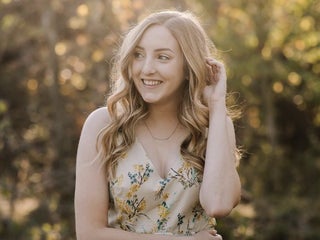 New York couple ditch their $15,000 wedding and splash out on four honeymoons instead

Yulia Thomas, a luxury travel advisor based in New York City, used TikTok to tell the story of why she used her wedding funds to travel the world. 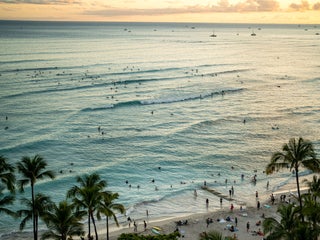 A groom shot 2 people on his wedding night while he was still wearing his tuxedo, reports say 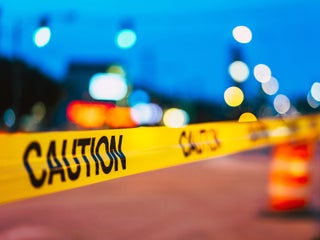 Katelyn Love's wedding photographer accidentally called her by her husband's ex's name at their wedding. The incident went viral on TikTok. 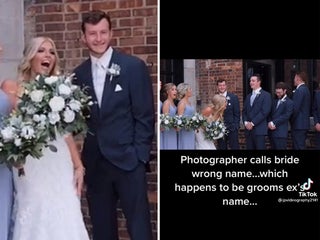 Fiona and Adam Gordon, a UK-based couple, had to postpone their March wedding celebration because of the coronavirus, though the couple still got married in a private ceremony. The Gordons decided to donate the food that was supposed to feed their wedding guests to two UK hospitals through the charity […] 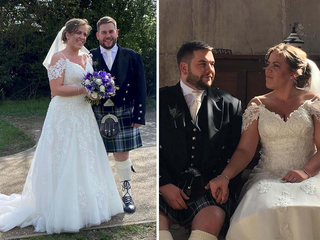 As it becomes more common for weddings to be postponed, couples are looking for alternative ways to celebrate the day they intended to get married. You can try to make the day festive by dressing up, scheduling a virtual cocktail hour with friends, or even reading your vows to one […] 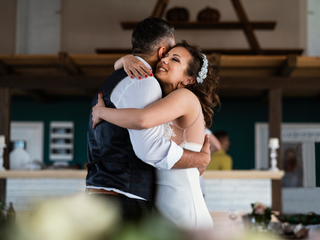 A New York couple got married on their roof after postponing their 200-guest wedding, and the pictures are stunning

Brooklyn-based couple Paula Fastuca and Ken Caccavale were supposed to have an almost 200-guest wedding in mid-March, but they had to postpone it because of the coronavirus. The couple decided to have a small wedding ceremony on the roof of their apartment building with their immediate family on the day […] 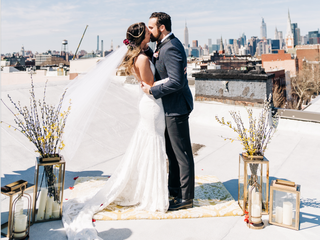 A couple’s dog filmed their wedding with a GoPro that was attached to his collar, and the video footage is actually stunning

Julia Luckett and Nick Pierce got married in June 2019. They decided to make their dog, Zhivago, part of the day by having him film the wedding with a GoPro that was attached to his collar. “We were pretty blown away by what he captured,” Luckett told Insider of the […] 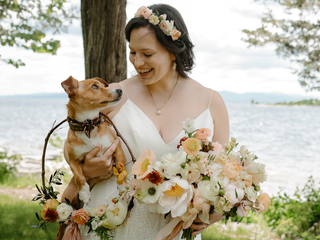 Sarah and Tad McFall, who met in December 2019, originally planned to get married in May 2020, but they decided to move their wedding up because of the coronavirus pandemic. Tad proposed to Sarah on Thursday, March 19, and they got married just two days later. Their families helped them […] 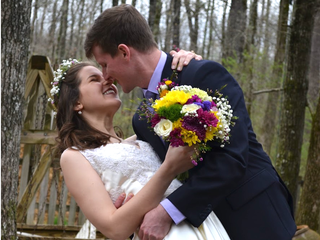 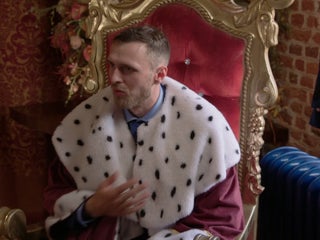 Melissa and Alex Bovee celebrated their 15th wedding anniversary in 2018 with a vow renewal in Cabo San Lucas, Mexico. Their photographer, Dan Dalstra, suggested they take photos in the ocean at sunrise the day after the renewal ceremony. During the shoot, Dalstra captured the exact moment a wave crashed […] 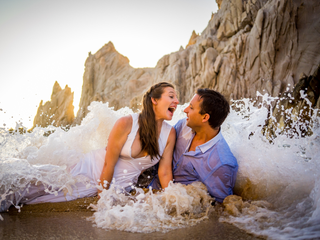 Carolina Pozo and Celso Peruyera got married in November 2019. The couple decided to have a destination wedding in New Orleans because they were drawn to the city’s romantic appeal and the unique traditions that it offers. Everything about their wedding was themed around the Big Easy, including a cocktail […] 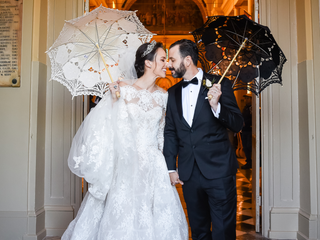 A groom’s mother is being criticised for buying a $3,700 bridal gown to wear to her son’s wedding

The mother of a groom has become the subject of intense criticism after purchasing a £2,895 ($US3,683) bridal gown to wear to her son’s wedding. Lydia was featured on “The Posh Frock Shop,” a British show that airs on Channel 4, in which award-winning designer Ian Stuart helps women find […] Zola found the most popular dates for weddings this year. June, September, and October are all popular. But what month you get married in really depends on what you want. Visit INSIDER’s homepage for more stories. If you’re going to a wedding in 2019, chances are good that it’s happening […]

9 unconventional ideas for your wedding party, inspired by real couples

Weddings in 2019 are becoming increasingly modern and personalised. As part of that trend, more couples are ditching tradition when it comes to their wedding parties – or forgoing them altogether. INSIDER recently spoke with three experts to learn more about how people are customising their wedding parties. If you’re […]

Getting left at the altar can be devastating. These people had different reasons for doing so. Some say they finally realised they weren’t in love anymore, others just didn’t feel it was the right time. Cold feet, scribbled notes, and mad dashes to the parking lot – these are the […]

How not to mess up a wedding speech, according to etiquette coach William Hanson

Bad speeches tend to be more prevalent at weddings than well-executed ones. Etiquette coach William Hanson offered Business Insider some pointers on making a good wedding speech. He says you want humour, relevant anecdotes, and a confident delivery, but not cringeworthy innuendo. It’s harder than it sounds. Wedding season is […]