A coral reef taller than the Empire State Building has become the first to be discovered in 120 years in the Great Barrier Reef. The reef was first discovered by Australian scientists aboard the Schmidt Ocean Institute’s research vessel, Falkor. It is only the eighth detached reef to be mapped […] 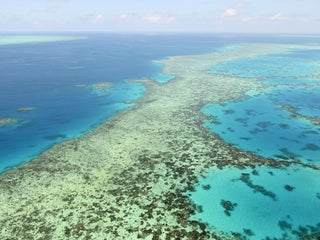 Netflix has commissioned its first Austrlaian original docmentary, “Microworlds: Reef”. The documenrary is set in The Great Barrier Reef and gives viewers a peek into the world of the reef’s tiny inhabitants. The new film announcement comes as Queensland is named as the location for a number of upcoming television […]

While millions of people around the world stay home, there’s still the opportunity to travel. It just has to be done virtually. Australia is a top destination for many travellers, and it’s home to all types of adventures. From zoos to zip lines, here’s how to travel Australia virtually. Visit […] 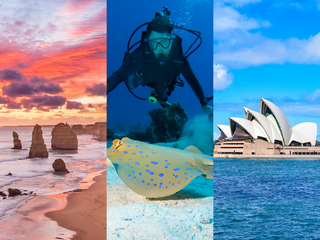 The Great Barrier Reef is at a critical tipping point that will determine its long-term survival. Coral bleaching as a result of global warming is a key reason for the reef’s decline. Coral reefs provide a home for 25% of all marine life, are an incredible natural resource for breakthrough […] 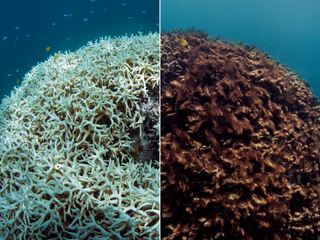 Uber and Queensland Tourism have launched a next-level submarine ride service at the Great Barrier Reef and named it like a boss: scUber. If you thought Uber Black was posh, this is a whole different ball game. The short-term service will give tourists the opportunity to win or buy a […]

Global warming is severely compromising the ability of the Great Barrier Reef’s corals to recover. There was nearly a 90% fall in new coral growth last year, according to a study published in Nature on Wednesday. The Great Barrier Reef is the world’s largest living structure but scientists are now […]

A new luxury cruise will take guests around the world to 6 continents in 117 days — here’s a look inside the ship, where suites cost up to $165,999 per person

Regent Seven Seas will take guests around the world in four months on a luxury cruise that kicks off on January 5, 2021. Passengers will venture to six continents and 56 UNESCO World Heritage sites. The 117-night cruise ranges in price from $US61,999 to $US165,999. The time is now for […] Labor plans to snatch back any unspent funds from the $443.8 million grant the former Turnbull government gave the Great Barrier Reef Foundation (GBRF) if it wins the next election. The Opposition’s environment spokesperson says he’s written to GBRF chairman Dr John Schubert advising him that a Shorten government would […]

Australian scientists have built an underwater robot to protect the Great Barrier Reef. RangerBot will be able to identify predatory crown-of-thorns starfish and kill them without damaging the rest of the marine ecosystem. QUT used $750,000 in funding Google to develop the “world first” drone. Researchers at the Queensland University […]

The Turnbull government announced $444 million to protect the Great Barrier Reef in the May budget It went to a little-known private foundation with just six staff and a range of corporate backers that reads like a who’s who of big business in Australia. The government has been under fire […]

WATCH: An underwater robot is being tested on the Great Barrier Reef

Both aerial and underwater robots at sea are being tested to allow greater remote monitoring of the Great Barrier Reef. A hyperspectral camera attached to Blue ROV2 was used to capture images with more than 270 bands of colour. The researchers also launched large aerial drone off the research vessel […]

Climate change is one of Australia’s biggest national security risks

Climate change poses a “current and existential national security risk” to Australia, according to a Senate inquiry. The Senate report indicated that the Asia-Pacific region is “most vulnerable” to risks associated with climate change, that could increase the potential for conflict. Australia is among the most vulnerable countries to climate […]

Half of the coral reefs that make up Australia’s Great Barrier Reef have been killed off by searing heat waves that caused coral bleaching events in 2016 and 2017. The Australian government is investing $US379 million to improve water quality and save reefs. But most experts think that because the […] The Turnbull government has committed $500 million to a protection package for the Great Barrier Reef. The unprecedented investment is the largest single environmental protection package in Australian history. More details of the package will be detailed in the federal budget in May. The Turnbull government has committed $500 million […]

Coral bleaching of the Great Barrier reef is getting worse

It is no longer news that the Great Barrier Reef has suffered extreme bleaching. In early 2016, we heard that the reef had suffered the worst bleaching ever recorded. Surveys published in June that year estimated that 93% of coral on the vast northern section of the reef was bleached, […]