Sydney property prices are tipped to rise by more than $216,000 this year – while experts say risky loans remind them of the GFC

Economists have predicted Australian property prices will continue soaring throughout the remainder of the year on the back of record low interest rates. Sydney is expected to lead the market higher, with prices finishing the year 21%, or $216,300, higher. Meanwhile some economists warn the Morrison government’s loan guarantee scheme […]

A deep European recession is now ‘inevitable’ and it could hit the continent as hard as 2008 despite policy moves, UBS says

UBS says that a deep recession in Europe is now its base case scenario despite heavy fiscal and monetary stimulus. The continent’s economy could shrink by as much as 4.5% similar to the global financial crisis in 2008. “A European recession appears inevitable – the question is how deep and […] 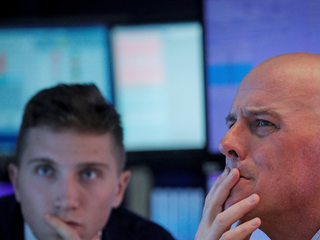 Speaking at the Australian Financial Review’s Business Summit, Prime Minister Scott Morrison warned the economic impact of the coronavirus outbreak in Australia could be worse than the one wrought by the global financial crisis. He said the hit to the economy “would be greater if coronavirus were to have a […]

Having overseen a successful sidestep of the last real recession risk, former Prime Minister of Australia Kevin Rudd has offered his strongest piece of advice yet to the current government, in an opinion piece published on Thursday in the Australian Financial Review. In it he argues that Australia has a […]

Platinum Asset Management chief executive Andrew Clifford is as conservatively positioned as he was when the world was on the brink of a global financial crisis in 2007. Although Mr Clifford would not go so far as to say Platinum saw the GFC coming, he said the investment house’s traditionally […]

The Reserve Bank of Australia (RBA) isn’t overly concerned about a recent spike in short-term US dollar borrowing costs, suggesting it’s not been driven by a perceived deterioration in creditworthiness in the financial system. It’s not a GFC-type event, in other words. “The recent spike does not relate to major […]

Australia’s banking regulator, APRA, is cracking down on riskier home loan lending. Following the introduction of a 10% annual cap on investor housing credit in late 2014, it subsequently introduced additional restrictions on interest-only lending in March last year, announcing that these type of loans will be limited to 30% […]

Science has found a link between the GFC and cancer deaths

The GFC did more than try to destroy the world’s financial markets. Medical researchers have now linked the economic crisis to more than 260,000 additional cancer deaths around the world. The cause is thought to be the stress of losing jobs and reduced health spending following the 2008 economic slump. […]

The guy who wrote The Big Short says bankers were ‘stupid’, nothing has changed and global finance is still ‘rotten’

We won't get off "lightly" this time.

The world's favourite punt is on again.

'Whinging isn't going to get us anywhere."

As if the US Government wasn't enough