Conor McGregor must leave his comfort zone if he’s to return to the top of UFC, Georges St. Pierre said

St. Pierre said McGregor needs coaches to tell him what to do and that he shouldn't be the boss of his own training camps. 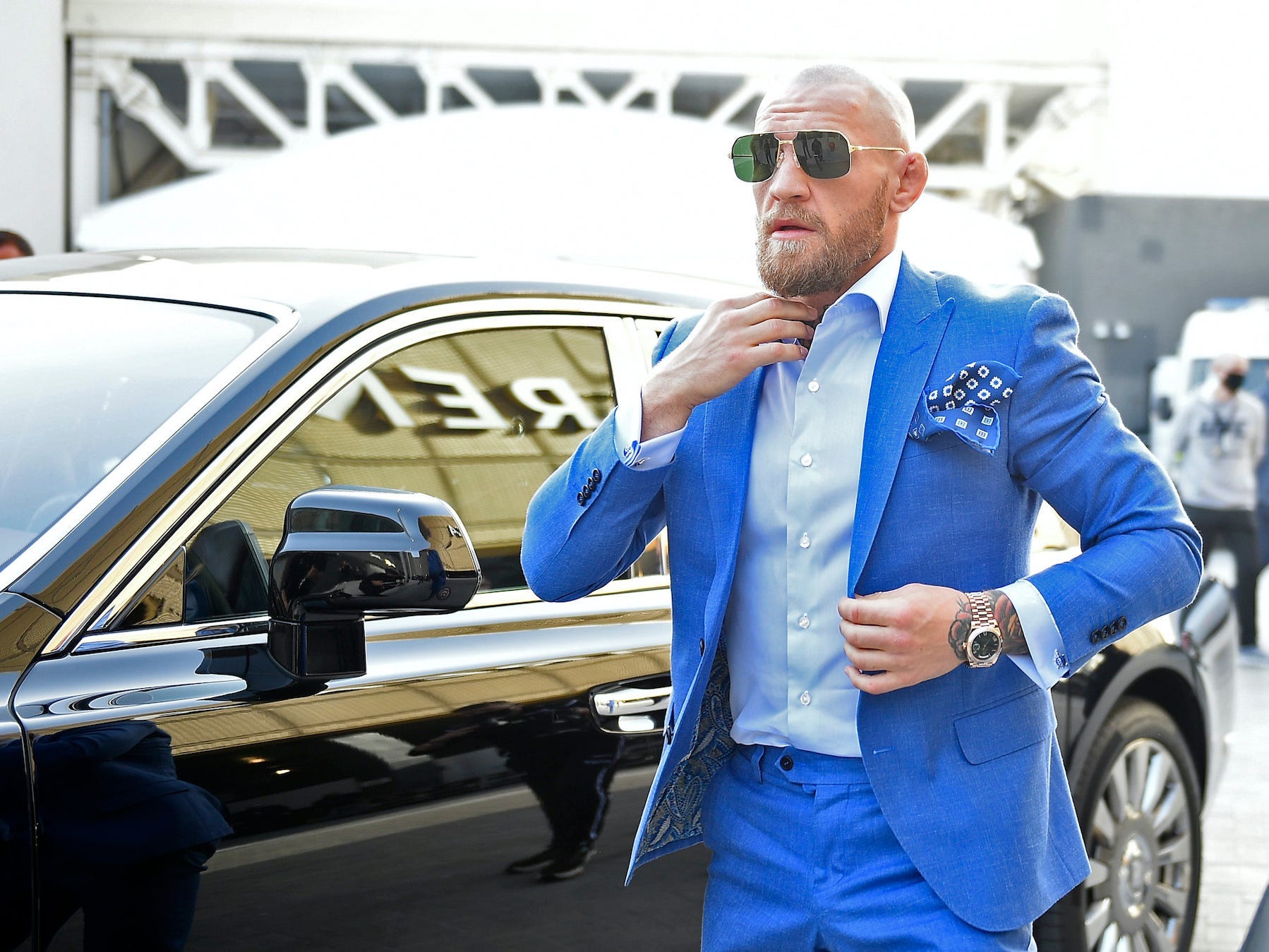 Georges St. Pierre hailed ‘invincible’ Khabib Nurmagomedov who retired after a ‘perfect career’ in the UFC

Georges St. Pierre had high praise for Khabib Nurmagomedov after the UFC lightweight champion retired with a win and an unbeaten career Saturday. Nurmagomedov sent Justin Gaethje to sleep with a triangle choke at UFC 254 on Fight Island, broke down in tears in the Octagon, and then announced his […] 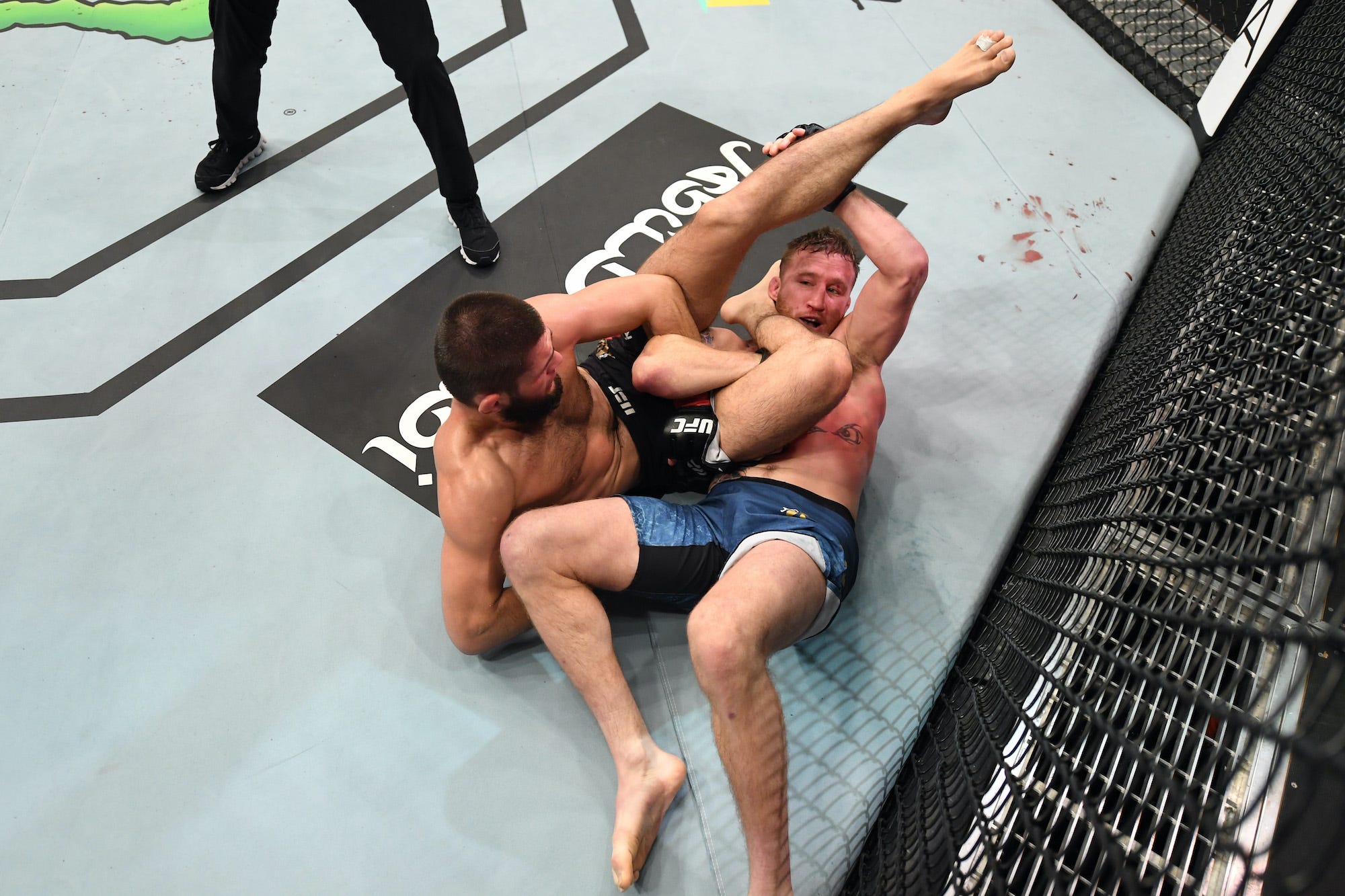 If Khabib Nurmagomedov fights Georges St. Pierre, the winner will be the greatest MMA fighter ever, the Russian’s coach says

The winner of the prospective Georges St. Pierre and Khabib Nurmagomedov mega-bout would produce MMA’s best ever fighter, Javier Mandez said this week. Mendez is the founder and head trainer at the American Kickboxing Academy in San Jose, and has often been by Nurmagomedov’s side through the years. He will […] 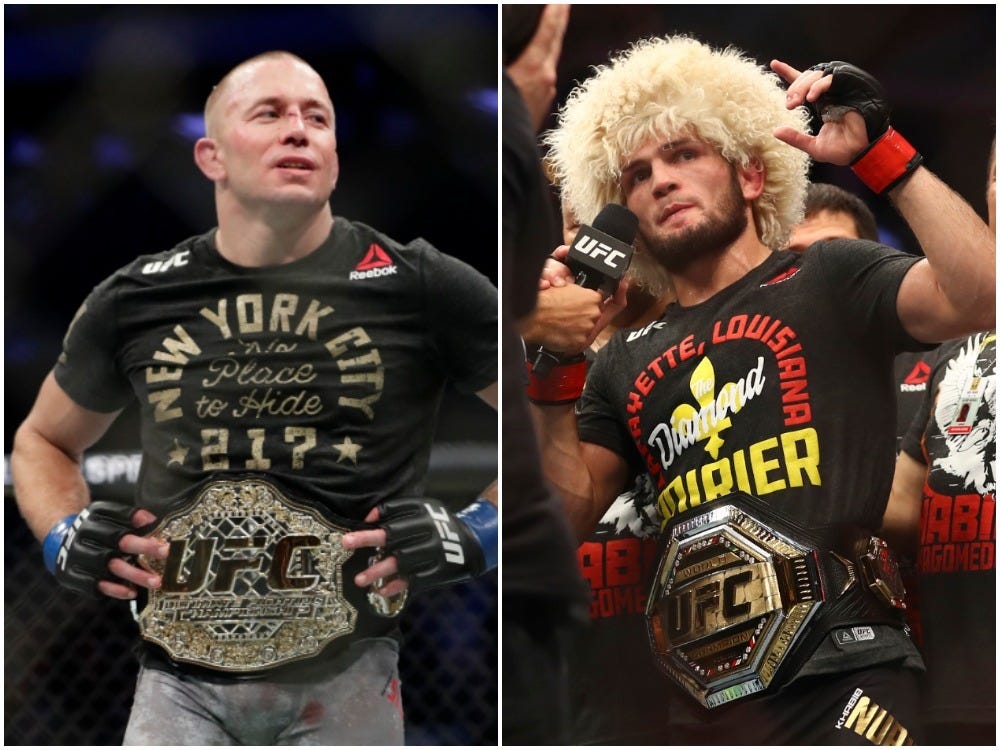 A Georges St. Pierre fight ‘would be the ultimate legacy builder’ for Kamaru Usman, according to a UFC analyst

Kamaru Usman defeated Jorge Masvidal with ease at UFC 251 on “Fight Island” June 12, and is linked with three possible fights. Usman said before and after the Masvidal win that he is targeting a mega fight with Georges St. Pierre. The UFC president Dana White said Gilbert Burns, the […] 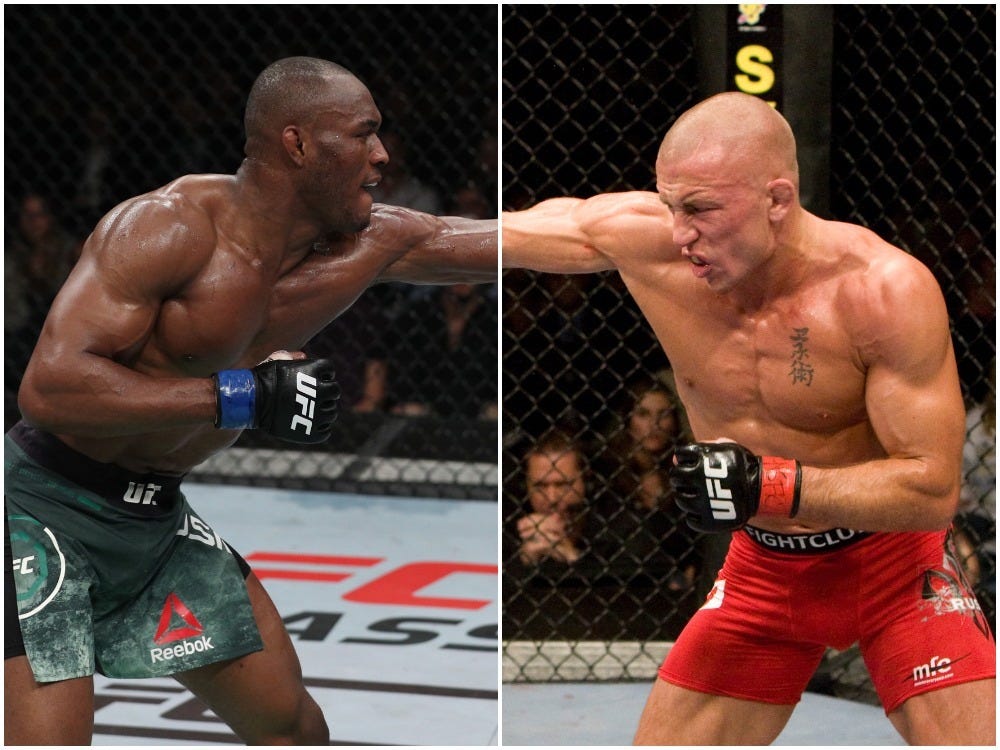 Kamaru Usman would welcome a ‘crazy fight’ with Georges St. Pierre after he dominated Jorge Masvidal on ‘Fight Island’

Kamaru Usman dominated Jorge Masvidal through five rounds at UFC 251. Speaking to the media after his “Fight Island” victory, Usman spoke once again of his desire to seal a lucrative match against the all-time great UFC fighter Georges St. Pierre. Usman had already told the media once this week […] 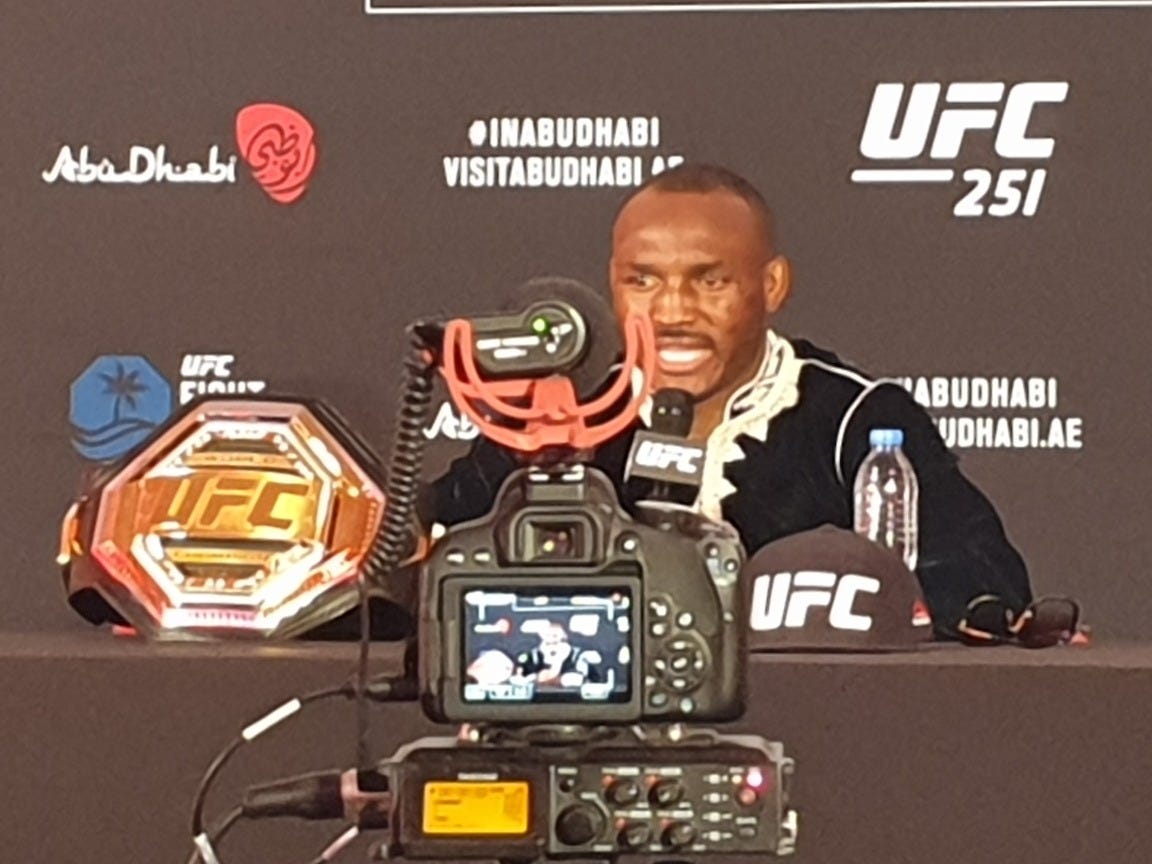 Kamaru Usman to target Georges St. Pierre in UFC mega-fight, should the champion retain his belt against Jorge Masvidal

Kamaru Usman would relish a mega-fight against all-time great fighter Georges St. Pierre. Usman puts his UFC welterweight championship belt on the line in a high-stakes “Fight Island” main event at the purpose-built Flash Forum. “Fight Island” is a quarantined area of Yas Island, in Abu Dhabi, and is a […]

Georges St-Pierre will only return to the UFC to fight either Conor McGregor or Khabib Nurmagomedov, says his coach Firas Zahabi. St-Pierre last fought in the UFC in November 2017 when he beat Michael Bisping, but has recently been touted for a return to the Octogan. “In my opinion he’ll […] One of the most celebrated boxing coaches is hoping to create two of the best-selling fights of all-time in 2019. Freddie Roach is Manny Pacquiao’s long-time trainer, and though the Filipino’s best days are behind him, Roach is gunning for one more big event – a rematch so Pacquiao can […] On Saturday, Conor McGregor will make his return to the UFC with a fight against Khabib Nurmagomedov for the lightweight title. The fight has the potential to be the biggest in the history of the sport, with McGregor far and away the biggest star in UFC history and Nurmagomedov an […]

Georges St-Pierre is looking slimmer than ever. The Canadian fighter last competed in 2017, when he choked Michael Bisping in three rounds and won the UFC middleweight championship. But fans looked at a photograph St-Pierre posted on social media and suggested the 37-year-old looked like he was slimming down to […] UFC striker Conor McGregor will fight twice this year, according to a leading mixed martial arts journalist. The Irishman has not competed in a UFC octagon for 16 months but has a number of viable opponents he could take on. We profile four potential opponents for ‘The Notorious.’ Conor McGregor […] Irish striker McGregor lost in the 10h round of a landmark boxing rules bout against Floyd Mayweather last year. But his comeback fight in UFC could be even bigger – provided he fights Georges St-Pierre. A fight between Conor McGregor and Georges St-Pierre would be the biggest fight of all […] Conor McGregor has a plan to lure Floyd Mayweather into a UFC fight, according to a legend of the sport