President Trump’s former national security adviser, Michael Flynn, and campaign aide, George Papadopoulos, are listed as speakers at a conference organised by a supporter of the QAnon conspiracy. The “Digital Soldiers” conference in Atlanta in September will feature speakers who address alleged attempts to censor conservative voices on social media. […] Trump tweets book endorsement for George Papadopoulos, a former adviser jailed in the Mueller probe whom Trump once called a liar he hardly knew Former Trump campaign advisor George Papadopoulos, who served time in prison for lying to the FBI, has applied for a pardon from President Donald Trump and is considering withdrawing his 2017 guilty plea. In his new book “Deep State Target,” published Tuesday, Papadopoulos is claiming he “misspoke” to the FBI […] Mother of jailed NSA contractor rails against Paul Manafort, Michael Flynn, and Michael Cohen: ‘Those actually responsible for threatening our election continue to get off easy’

Reality Winner’s mother wrote an op-ed in the Intercept describing the “maddening” experience of watching her daughter” languish” in prison while major figures connected to the Trump-Russia investigation receive what she calls preferential treatment. The now 27-year-old former NSA contractor was sentenced to five years and three months in prison […] Trump-Russia investigators are looking into an uncorroborated letter that claims George Papadopoulos was pursuing a business deal with Russians “which would result in large financial gains for himself” and President Donald Trump after the 2016 election. The letter is being examined by both congressional and FBI investigators, and two US […] In a new court filing, the special counsel Robert Mueller used the former Trump campaign aide George Papadopoulos’ own tweets against him. Papadopoulos’ lawyers have asked the court to postpone his sentence, which is set to start on November 26, pending the outcome of a separate case challenging Mueller’s authority. […] Former Trump campaign aide George Papadopoulos’ defence lawyers filed a motion withdrawing from representing him on Tuesday. They said in the court filing they were dropping out because “the criminal case [against Papadopoulos] has concluded, and the time for Mr. Papadopoulos to file an appeal has passed.” DOJ veterans tell […]

George Papadopoulos, a former campaign adviser for President Donald Trump, is seeking immunity before testifying to the Senate Intelligence Committee, according to multiple reports. Papadopoulos’ request came the same day he delivered a 7-hour testimony to the House Judiciary and Oversight committees as part of a probe into previous FBI […] George Papadopoulos’ wife is trying to scrap her husband’s plea deal with Mueller, and her comments could have huge ripple effects in the Russia probe

The wife of George Papadopoulos, a former foreign policy adviser on President Donald Trump’s campaign, is trying to scrap her husband’s plea deal with the special counsel Robert Mueller. One former federal prosecutor said he sees the attempt as part of a larger effort by Trump’s allies to discredit Mueller […] Former Trump campaign foreign-policy adviser George Papadopoulos reportedly communicated with former White House chief strategist Steve Bannon and former national-security adviser Michael Flynn during the 2016 campaign. The White House has sought to distance itself from Papadopoulos since he pleaded guilty in the Russia investigation last year, calling him a […] A new report claims three witnesses in special counsel Robert Mueller’s investigation said Attorney General Jeff Sessions failed to “push back” against proposals of a meeting between President Donald Trump and Russian President Vladimir Putin. The accounts contradict Sessions’s own version of events – he said he rebuffed the proposal. […]

Rep. Adam Schiff, the ranking Democrat on the House Intelligence Committee, attacked the release of a controversial memo from Rep. Devin Nunes, the Republican chair of the committee. The memo purports to show an overreach by the Department of Justice in obtaining authorization to surveil Carter Page, a former Trump […] George Papadopoulos’ fiancée opens up about her FBI interview, that mysterious London professor, and her wedding plans

Simona Mangiante, the fiancée of former Trump campaign adviser George Papadopoulos, described in an interview with Business Insider this week what her life has been like since Papadopoulos was arrested and put on house arrest last July. Papadopoulos pleaded guilty to lying to the FBI about his contacts with a […] Australian Prime Minister Malcolm Turnbull said that relations between the US and Australia remain strong after the US media reported that a top Australian diplomat passed along information to US officials that helped spark the FBI’s Russia probe. The New York Times reported that former Trump adviser George Papadopoulos told […] A New York Times investigation revealed that the FBI probe into whether President Donald Trump’s campaign colluded with Russia to meddle in the 2016 election started at a London wine bar in May 2016. George Papadopoulos, a foreign-policy adviser on the Trump’s campaign, told an Australian diplomat that Russia had […]

The FBI decided to investigate whether President Trump’s campaign colluded with Russia after early foreign-policy adviser George Papadopoulos told a top Australian diplomat that Russia had compromising information on Hillary Clinton, The New York Times reported. Though there were several events that prompted the bureau to investigate the campaign, Papadopoulos’ […] The fiancée of a former Trump campaign adviser says he was in touch with the campaign’s top leadership and disputes claims that he was a “coffee boy.” The adviser, George Papadopoulos, pleaded guilty to lying to the FBI and appears to be cooperating with the special counsel Robert Mueller’s investigation. […] ‘No collusion’: Trump speaks out after Mueller charges Flynn

President Donald Trump told reporters on Saturday that there was “no collusion” between his campaign and the Russians during the 2016 election. The comment came after the special counsel’s office announced Friday that it had charged former national security adviser Michael Flynn as part of the Russia investigation. Flynn is […]

Here’s everyone who has been charged, convicted, and sentenced in the Russia probe so far

On February 20, a federal judge sentenced Stone to serve 40 months in prison for convictions on charges of making false statements witness tampering, and obstruction in connection with the Russia probe. In March, Special Counsel Robert Mueller submitted the final report on his nearly two-year investigation to the Department […] 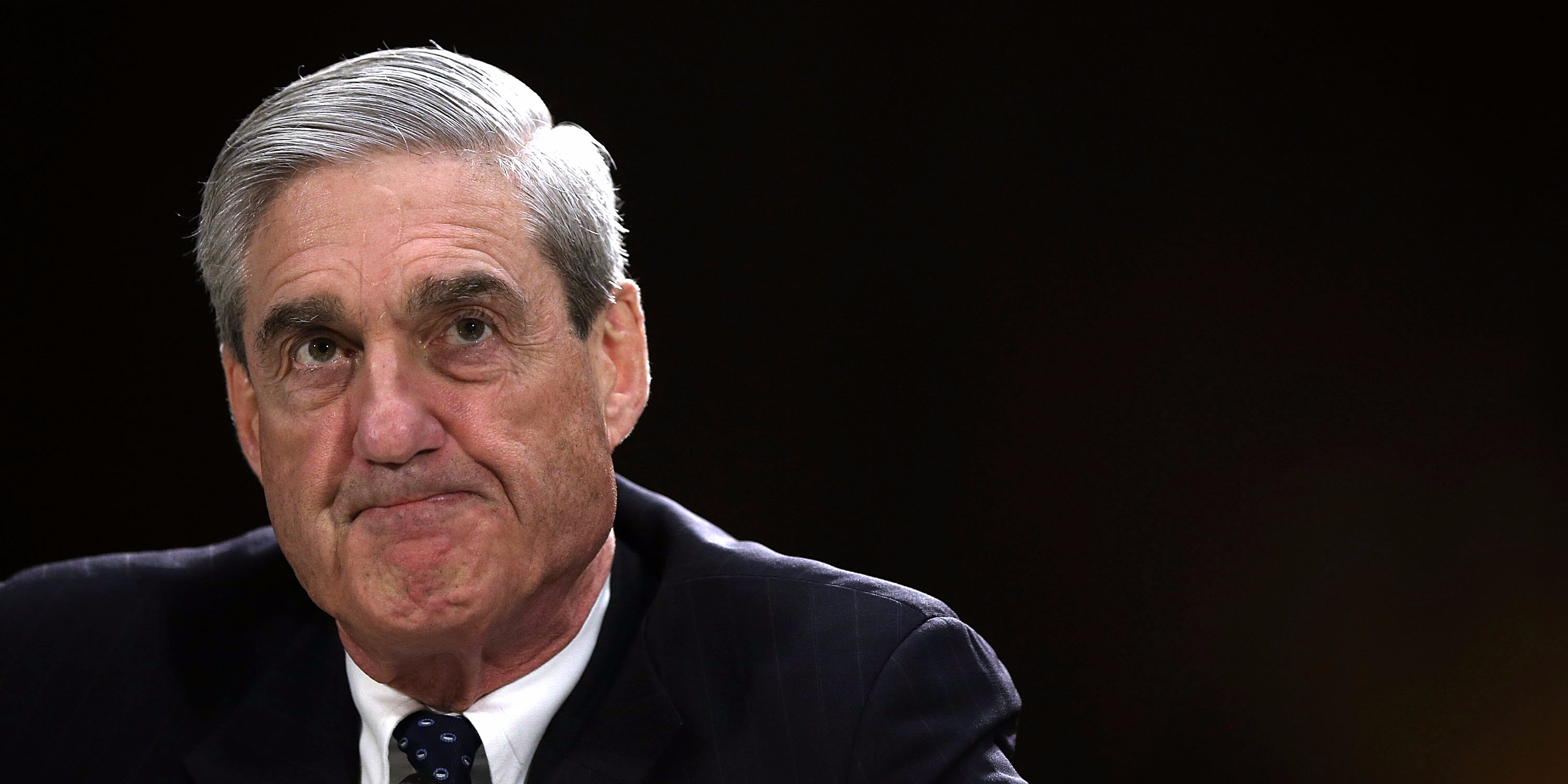