12 garage organization ideas to help you overcome the clutter

Planning, identifying new storage methods, and keeping the floor clear are just a few garage organization ideas to use when tidying your space. 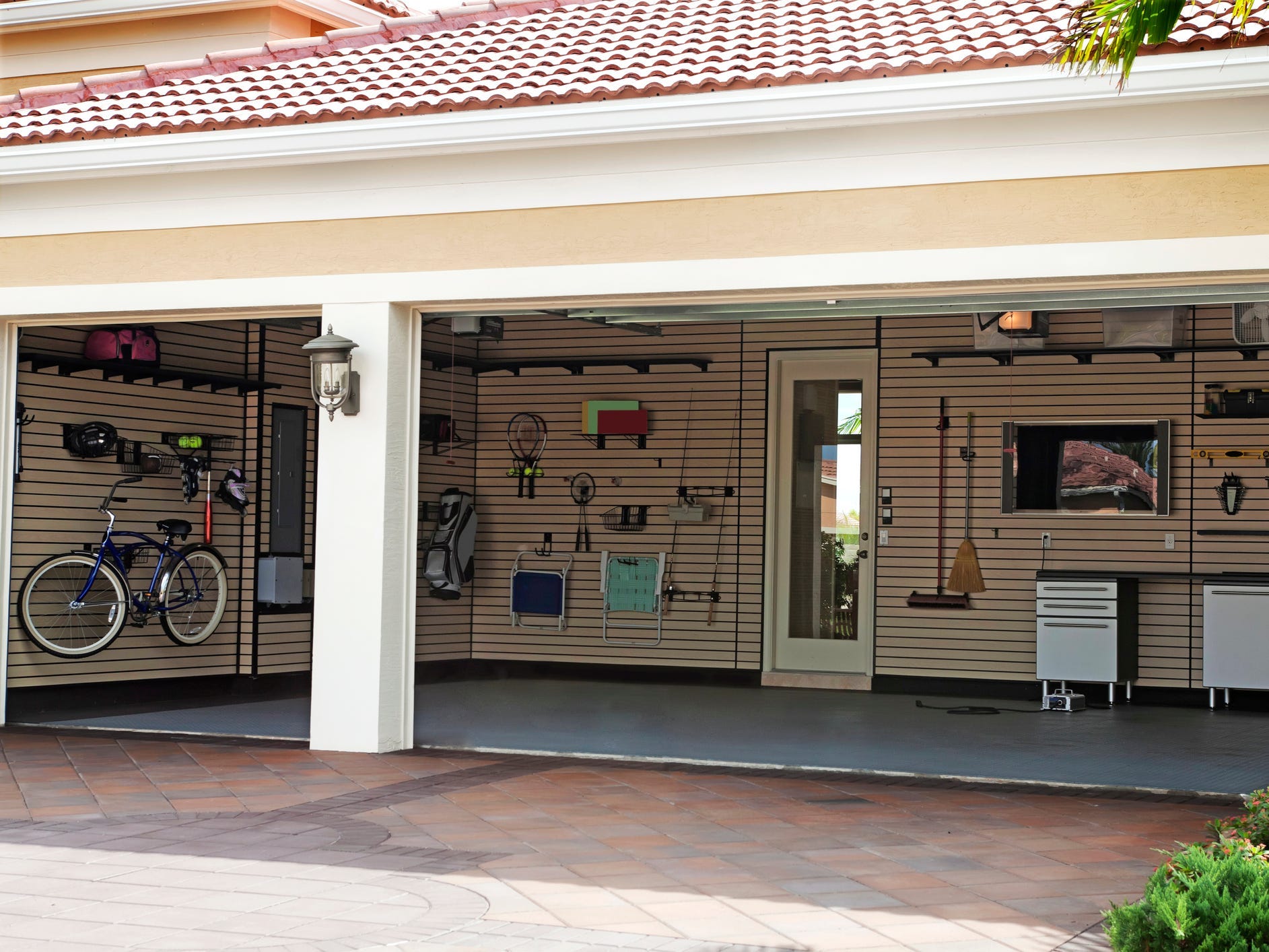 This design firm turns mansions into $45,000 vehicle showrooms by parking luxury supercars in the living room — see how it’s done

Supercar Capsule creates bespoke private showrooms and garages to turn a supercar into a work of art meant to be displayed as such. The company can do so by either designing and constructing a showcase villa or tower, or modifying an already existing room or garage. The United Arab Emirates-based […] 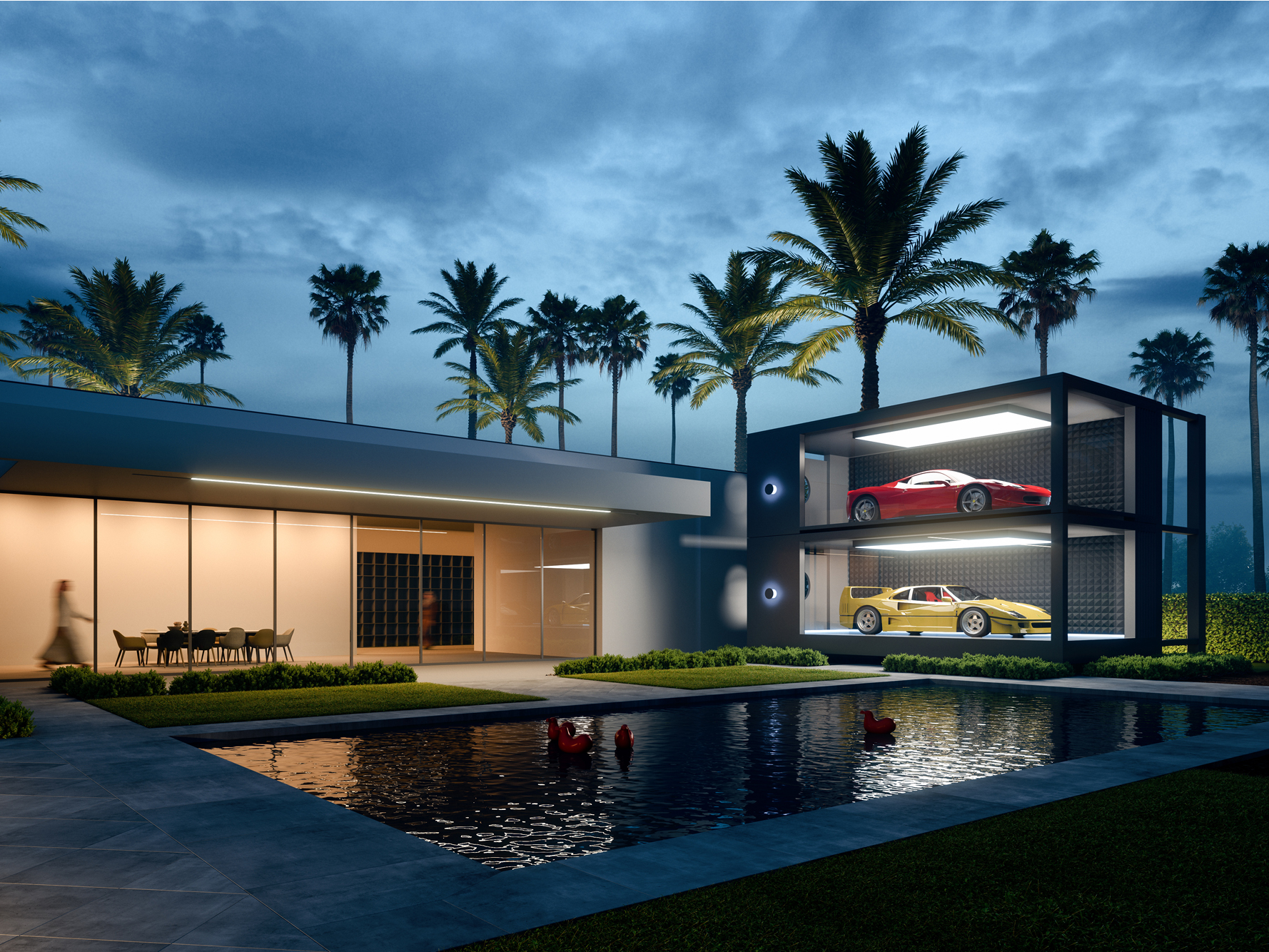 A $3.2 million San Diego mansion with a 20-car garage larger than the house is up for sale

The $US3.2 million San Diego property was owned by WWE Hall of Famer Bill Goldberg and has been listed with Hunter and Maddox. The home is 4,630 square feet, but the car museum-garage is even larger at 6,800 square feet. The car museum can hold over 20 vehicles and has […] A mansion in Evergreen, Colorado, owned by a former race-car driver is listed at $US20 million with LIV Sotheby’s International Realty. The mansion, nicknamed “Thunder Ridge,” has a 100-car showroom, a Hugh Hefner-inspired indoor swimming pool, a beauty salon, and a “Star Trek”-themed movie theatre. The owner, Richard Berry, is […] One of the largest ‘log homes’ in the US is on sale for $8.2 million and just got a price cut

A custom log home on approximately 1,249 acres of property in Okaloosa County, Florida has been listed at $US8.2 million after a price cut from it’s original listing at $US9.5 million. One of the home’s wildest features is a 5,000 square foot 22-car garage that can be heated and cooled. […] Go inside a $45 million car collection with over 450 cars

Businessman Rodger Dudding owns one of Europe’s largest car collections, with over 450 cars – and he’s still adding more. Dudding has been collecting cars for 50 years and has an array of rare rides spanning from 1918 to present day. Business Insider got an exclusive look at some of […] Craig Jackson, CEO of Barrett-Jackson Auction Company, took us on a tour of his private car garage. It includes a multimillion-dollar Rotunda, a personal car shop, a private showroom, and additional space to store more of his collection. Watch to video to look inside one of the world’s most expensive […] In a 20-year-old interview, Jeff Bezos said there’s a reason most startups have to move out of the garage — and it’s not because of space

In a 1998, Amazon CEO Jeff Bezos sat down for an interview with writer Steve Homer. At the time, Bezos was promoting the launch of Amazon’s UK website. Now, it’s the 20th anniversary of the UK website’s launch, and the interview provides some early insight into the CEO who would […] Google has recreated the modest garage that served as its first headquarters to celebrate 20 years of Google Search. The virtual tour can be found through Google Street View, and allows users to peer into the cluttered space that gave rise to the most popular search engine in the world. […]