Old Navy is offering employees a full day of pay for serving as poll workers. They will be eligible for compensation regardless of whether they were scheduled to work at Old Navy on Election Day, November 3. Poll worker shortages are a continuing concern across the US. Visit Business Insider’s […] 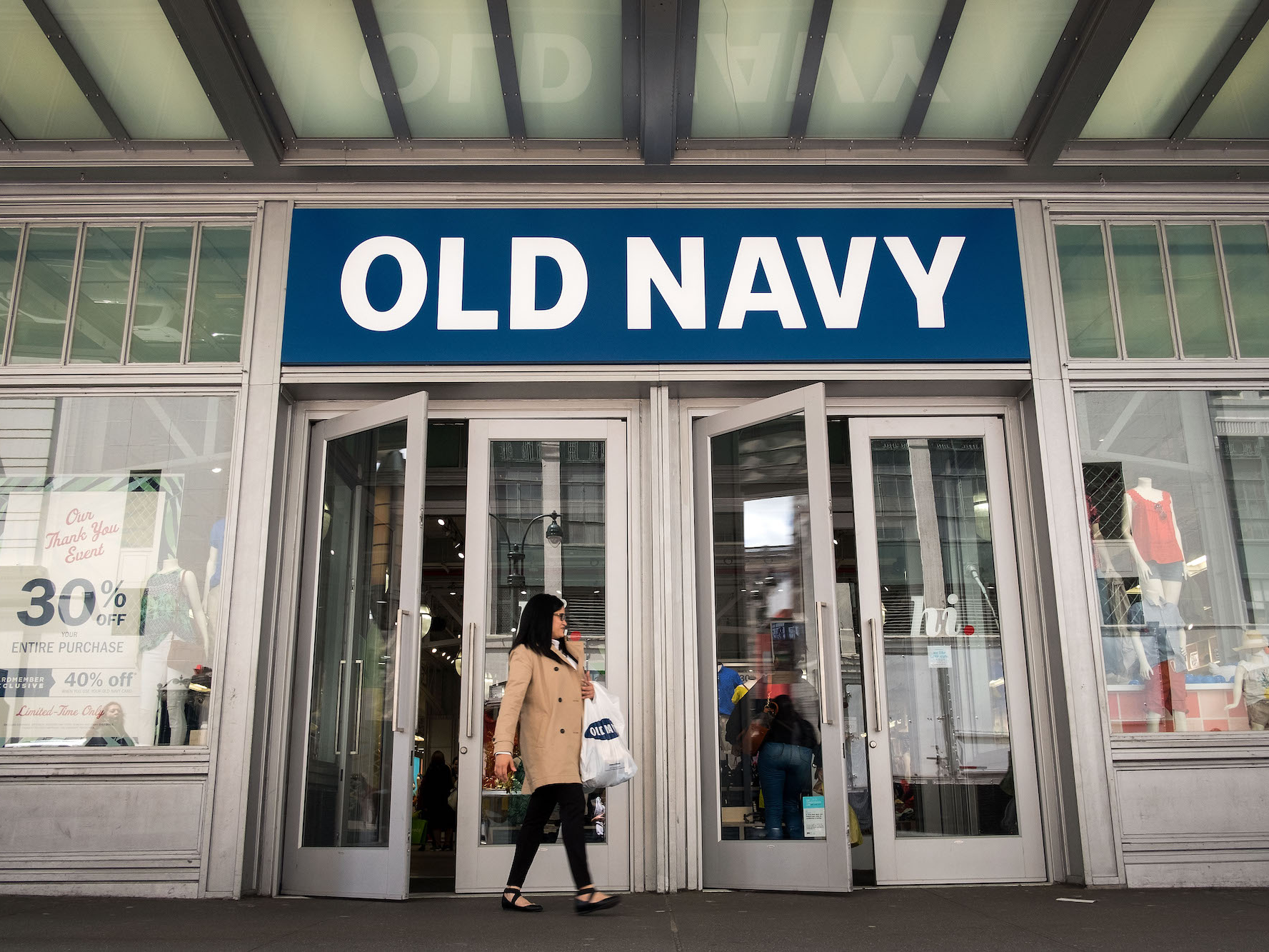 Gap Inc. said Thursday that it sold $US130 million worth of masks in the most recent quarter. It started selling masks in the spring as the industry dealt with the impact of temporary store closures. The move clearly paid off for the company. Visit Business Insider’s homepage for more stories. […] 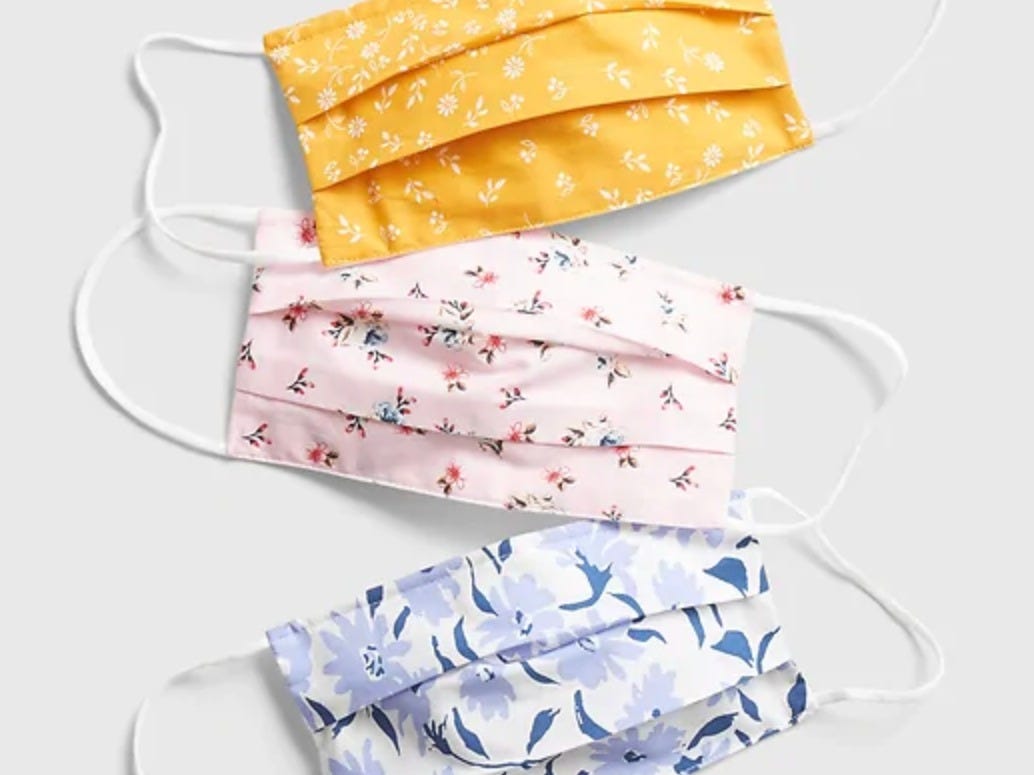 Gap Inc. is closing more than 225 Gap and Banana Republic stores this year, it said in its earnings release on Thursday. The company was already planning on closing a number of stores this year, but the 225 figure is larger than originally planned. Gap’s net sales were down 28% […] 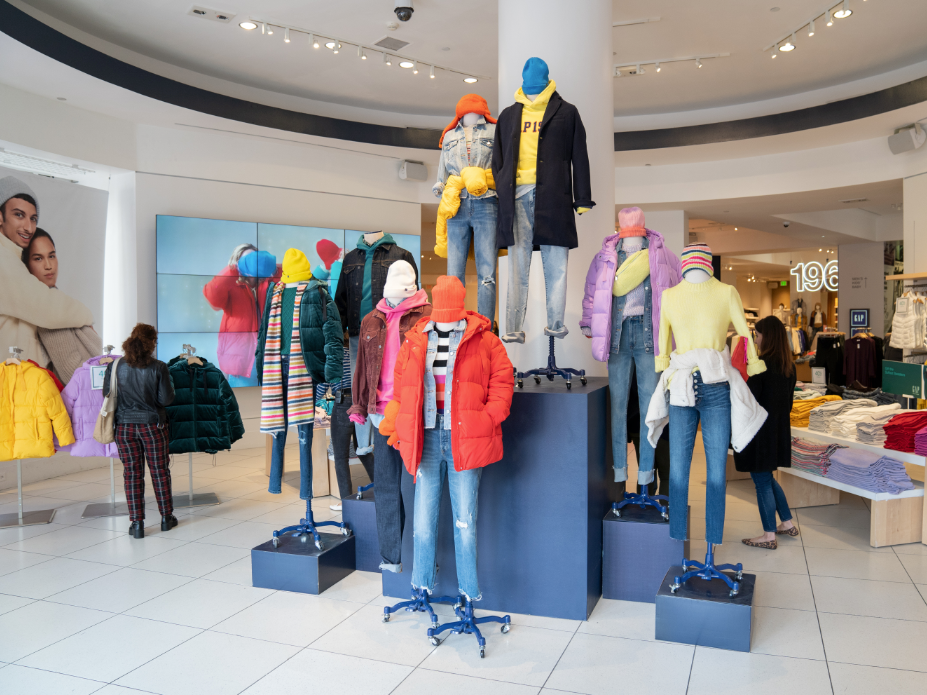 Kanye West is teaming up with Gap to sell a new Yeezy line in stores. West actually worked in a Gap store in Chicago when he was a teen. He’s talked about the experience in various interviews and even rapped about it in the song “Spaceship.” Visit Business Insider’s homepage […] 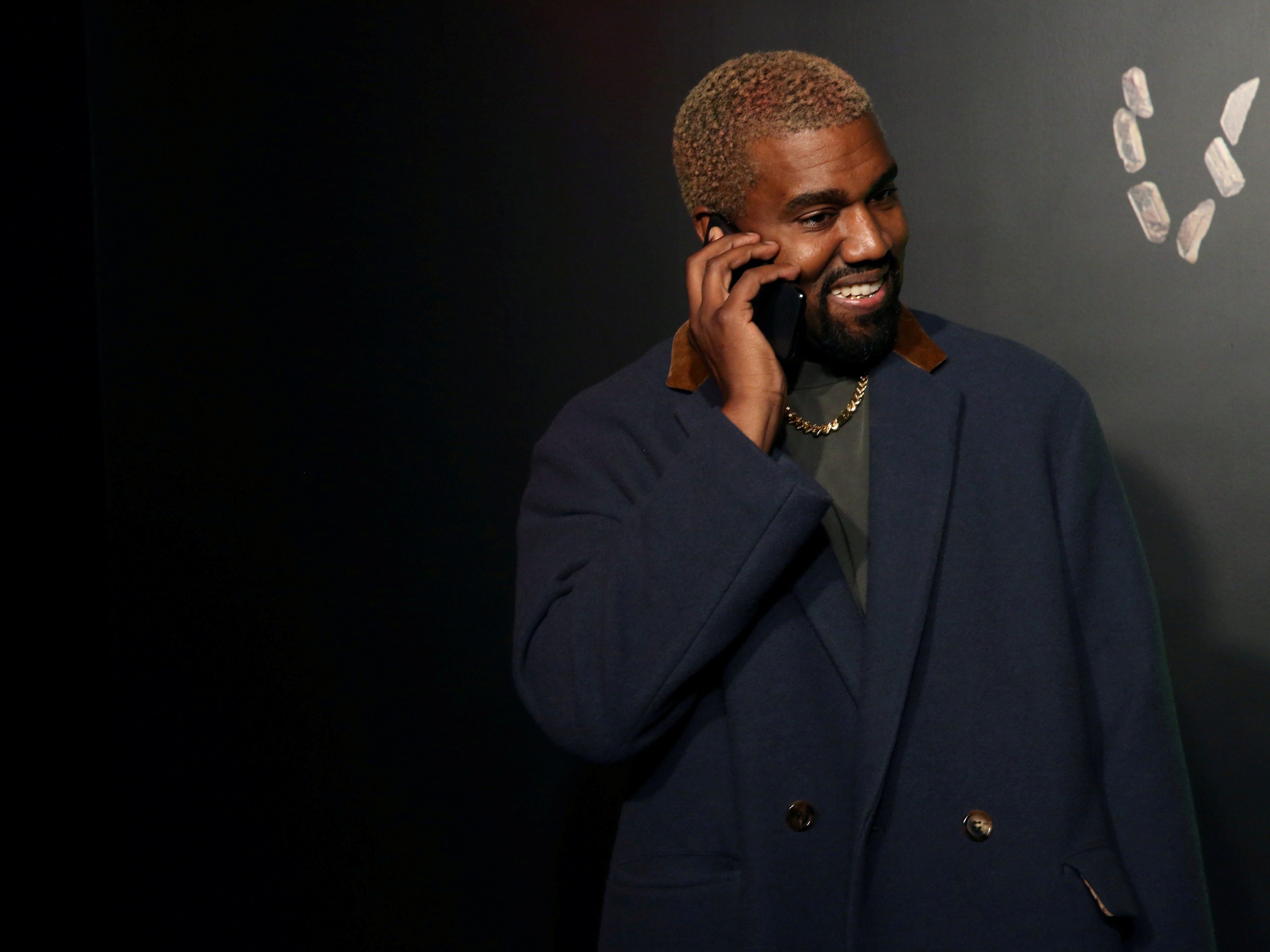 Gap and other stores are pack-and-holding their spring and summer lines instead of discounting them, and it could fundamentally alter the fashion ecosystem

After having all of their stores closed for months, some of the biggest apparel brands are trying out a pack-and-hold strategy. Basically, they are packing away unsold clothing with the goal to try selling them again at the same time next year. The strategy could lead to an interesting shift […] 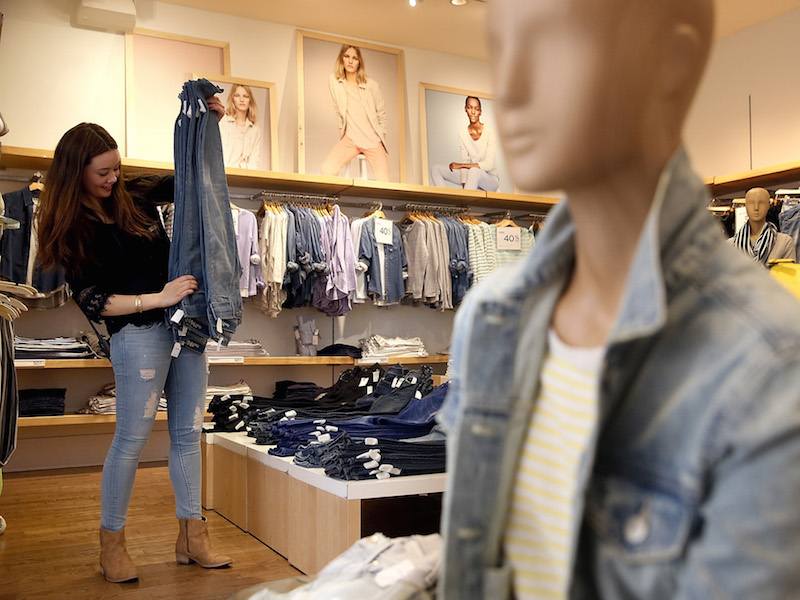 Gap is closing its trendy menswear brand Hill City less than two years after it launched. Gap Inc said in a statement it was closing Hill City to prioritise its resources for its larger brands – Gap, Banana Republic, and Old Navy. The apparel giant has struggled in recent years […] 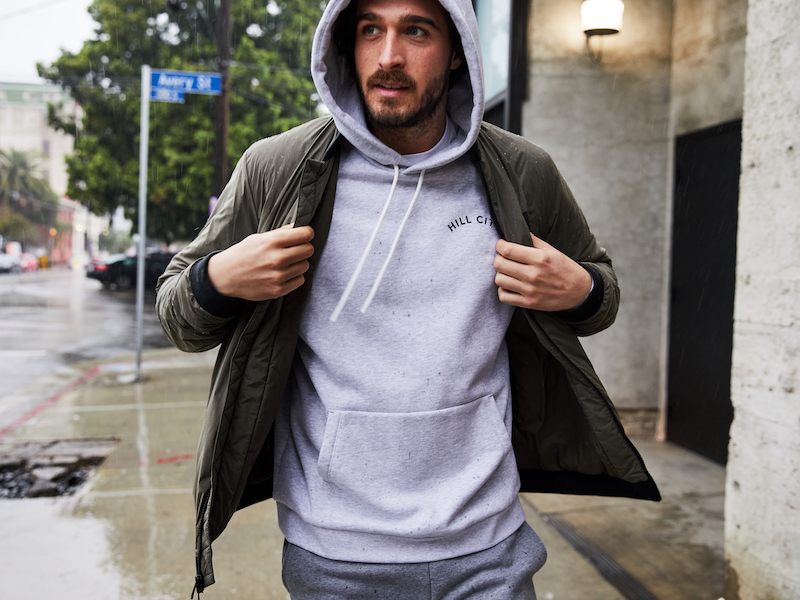 From the Juul founders to Nordstrom heirs, here are the 15 most notable people who dropped off the Forbes billionaires list this year

Forbes knocked over 260 people off its iconic Billionaires List in 2020. Members of several retail dynasties – including the families behind Forever 21, Gap, Urban Outfitters, and Nordstrom – are no longer billionaires, according to Forbes. While some of the drop-offs lost their fortunes before the coronavirus pandemic, others […] Gap Inc. is halting plans to spin off its Old Navy brand into a standalone company, citing “cost and complexity” as a reason for the reversal. In a statement, interim president and CEO Robert Fisher said the process of spinning off Old Navy shone a “bright light on operational inefficiencies […] Old Navy was once Gap’s crown jewel, but a series of fashion misses and growing competition have caused it to stumble

Old Navy was frequently referred to as Gap Inc.’s saving grace in 2018 as the embattled retail company continued to report weak sales at its namesake brand. In February, Gap Inc. announced that it would be splitting the company in two and that Old Navy would be going out on […] Gap Inc. CEO Art Peck says he thinks it’s time for Banana Republic to start “inviting” in a new, more diverse set of customers. He told Bloomberg that Gap’s upscale apparel subsidiary was traditionally known as a “skinny brand,” but that it’s time for a shift. Banana Republic has undergone […] 27 things to buy — and 14 things to leave behind — at Banana Republic, Old Navy, and Gap

Many of the clothing and accessories at Banana Republic, Old Navy, and Gap have been longtime favourites for shoppers. We spoke with shoppers and former employees to find out which items are the best and worst at each store. Here are 27 products to buy and 14 to consider skipping […] Gap Inc. reported that same-store sales of its namesake brand decreased by 10% in the first quarter of 2019 as a result of inventory woes and declining foot traffic. After Gap announced plans earlier this year to spin off its Old Navy brand into a separate company, the off-price brand […] Gap launched its new menswear athletic brand, Hill City, in October. Described as stylish high-performance wear, Hill City’s clothing ranges from water-repellant everyday pants that cost $US128 to insulated puffer jackets for $US168. Noah Palmer, who heads up the brand, explained in an interview with Business Insider how Hill City […] Nike, Lululemon, and Gap want to cash in on a major trend of men caring more about their appearance

Menswear is very much in vogue. Business intelligence firm Gartner L2 estimates that sales of menswear will outpace those of womenswear over the next two years. Nike,Lululemon, and Madewell have all rolled out new menswear collections in recent months. Menswear is having its moment in the spotlight. This week, Nike […] Old Navy and Gap are splitting into two companies. We visited both stores, and realised why one company is dominating the other.

Gap Inc. on Thursday announced it was splitting Old Navy off into its own publicly traded company. The Gap brand has recently struggled to keep up with Old Navy, which has become the most successful of the Gap Inc. brands. In late 2018 we shopped at both Old Navy and […] Gap is struggling while its sister brands thrive. In its most recent earnings results, reported on Tuesday, same-store sales at the Gap brand were down 7%, while Old Navy and Banana Republic reported a 4% and 2% increase, respectively. Gap Inc. CEO Art Peck told investors that the company is […] Banana Republic is struggling, and it's...