Witnesses said Matt Gaetz snorted cocaine and had sex with an escort who was paid with campaign money, report says 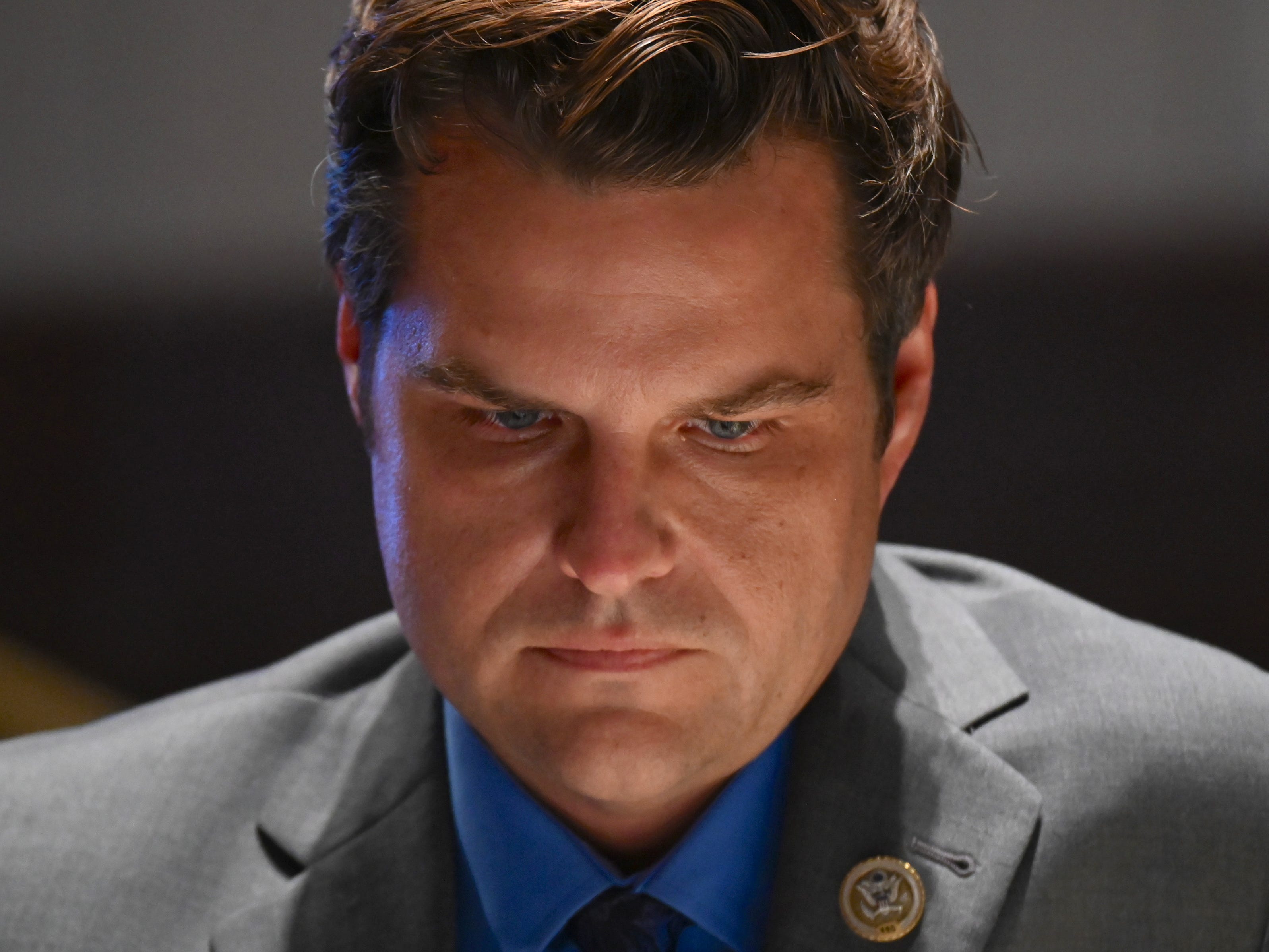 Addressing an elderly crowd at The Villages in Florida, the congressman claimed that the "truth will prevail" and that he won't back down. 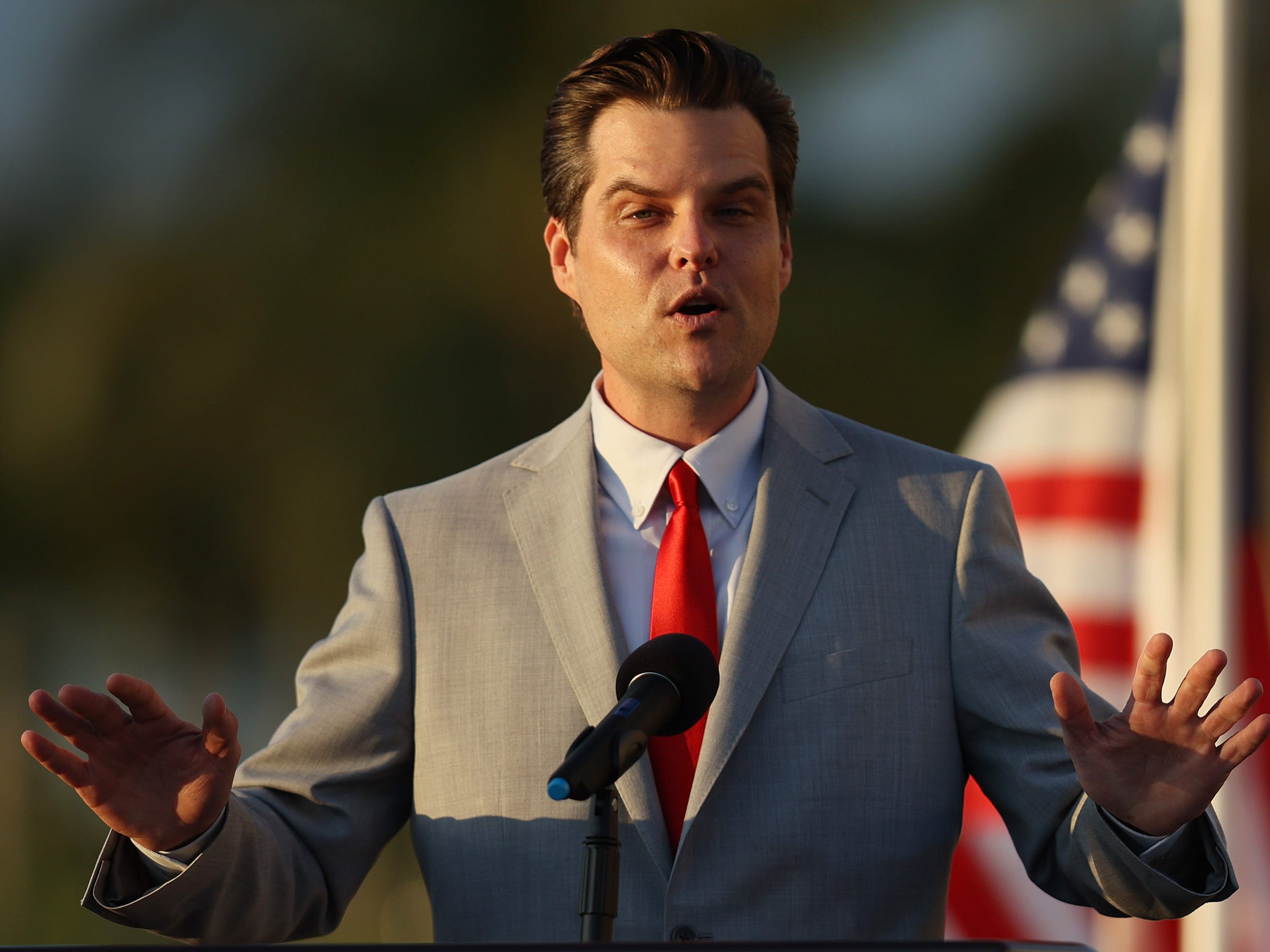 The feds are looking at whether Gaetz's 2018 trip to the Bahamas with several women was part of an illicit effort to influence his cannabis platform. 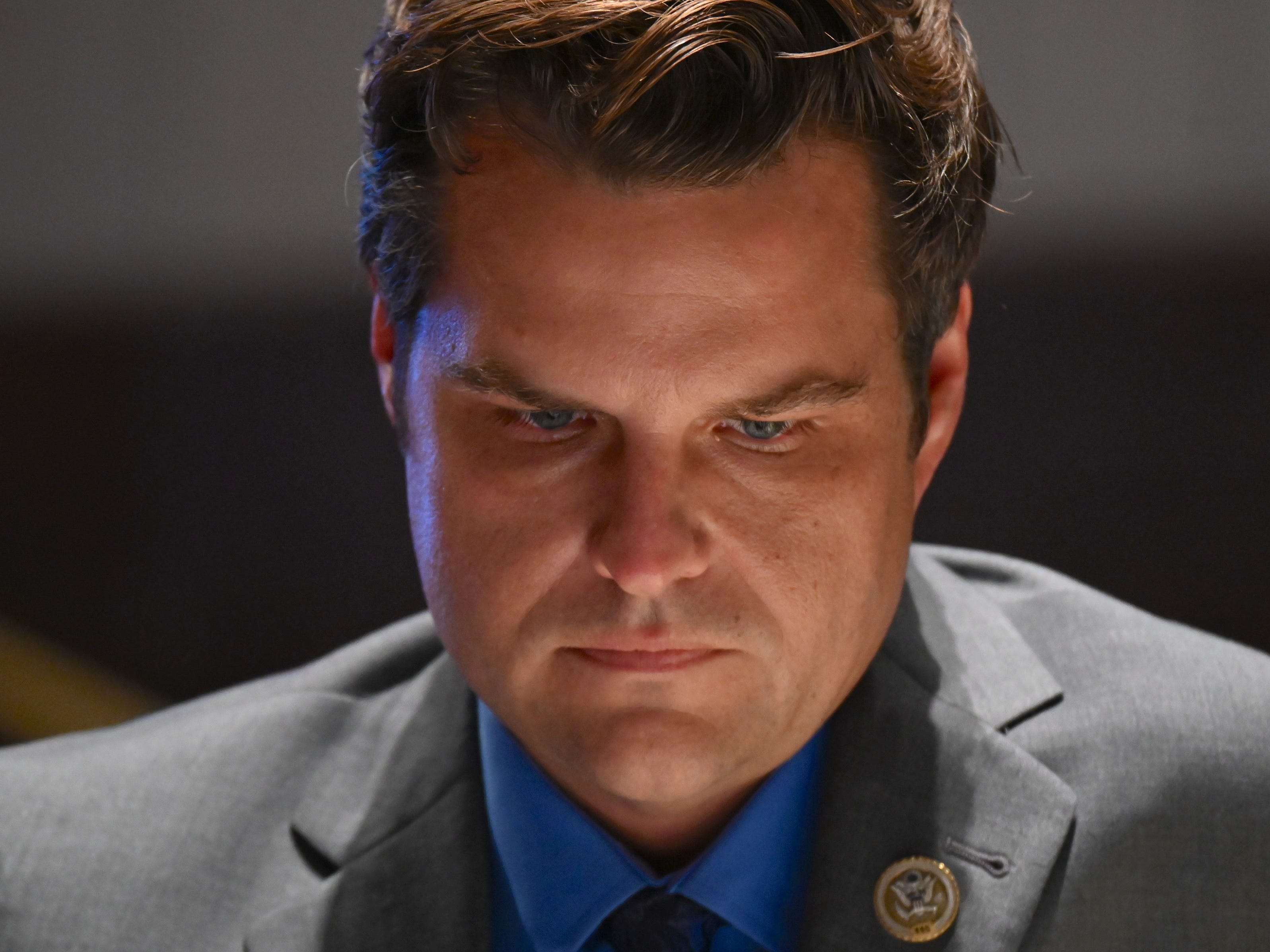 Gaetz and Trump rep. Jason Miller contradicted CNN's report that Gaetz was denied a meeting with the former president. 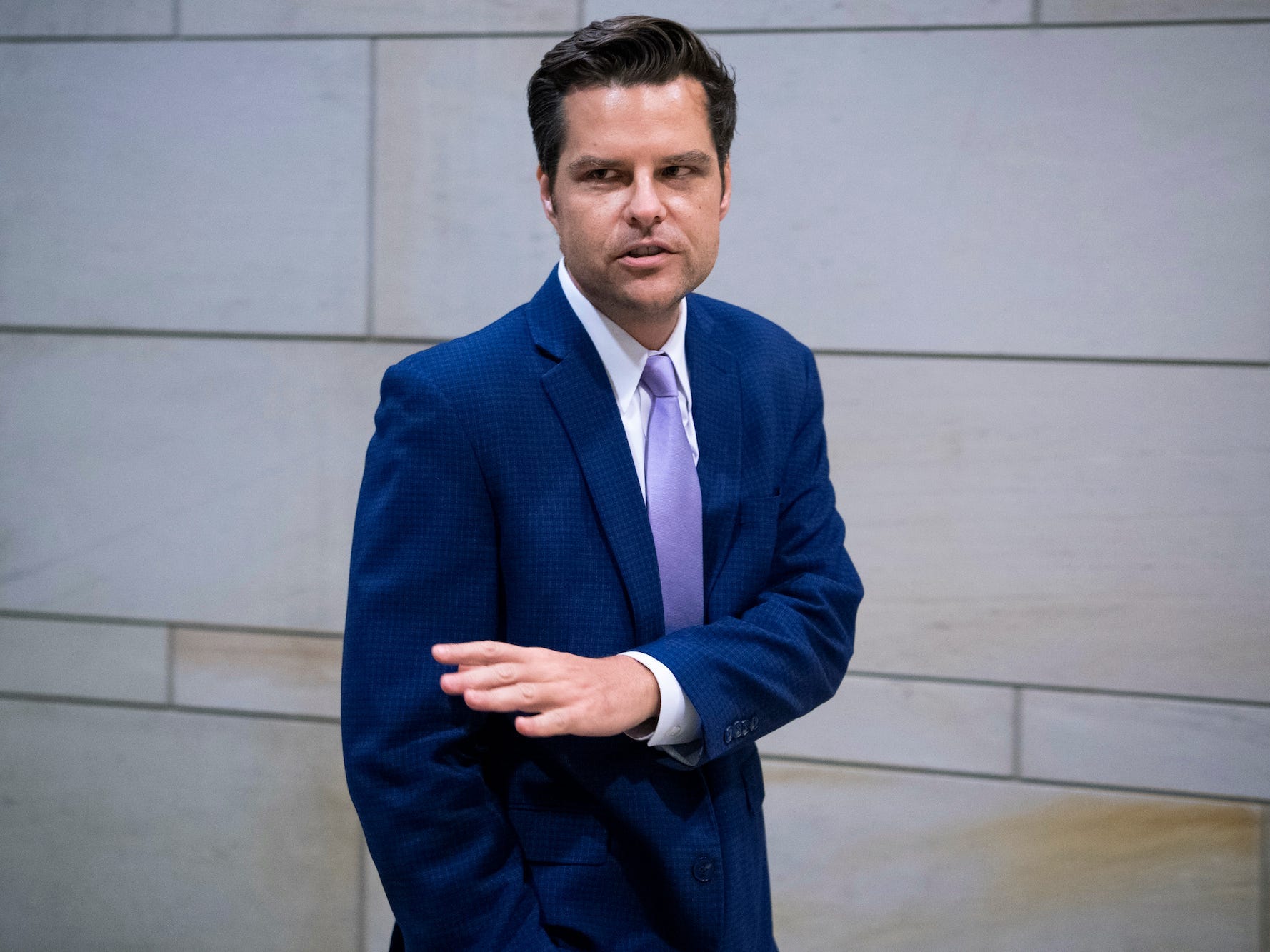 Gaetz denied that he paid women for sex - including, potentially, an underage girl - blaming the media for what he said were "conspiracy theories." 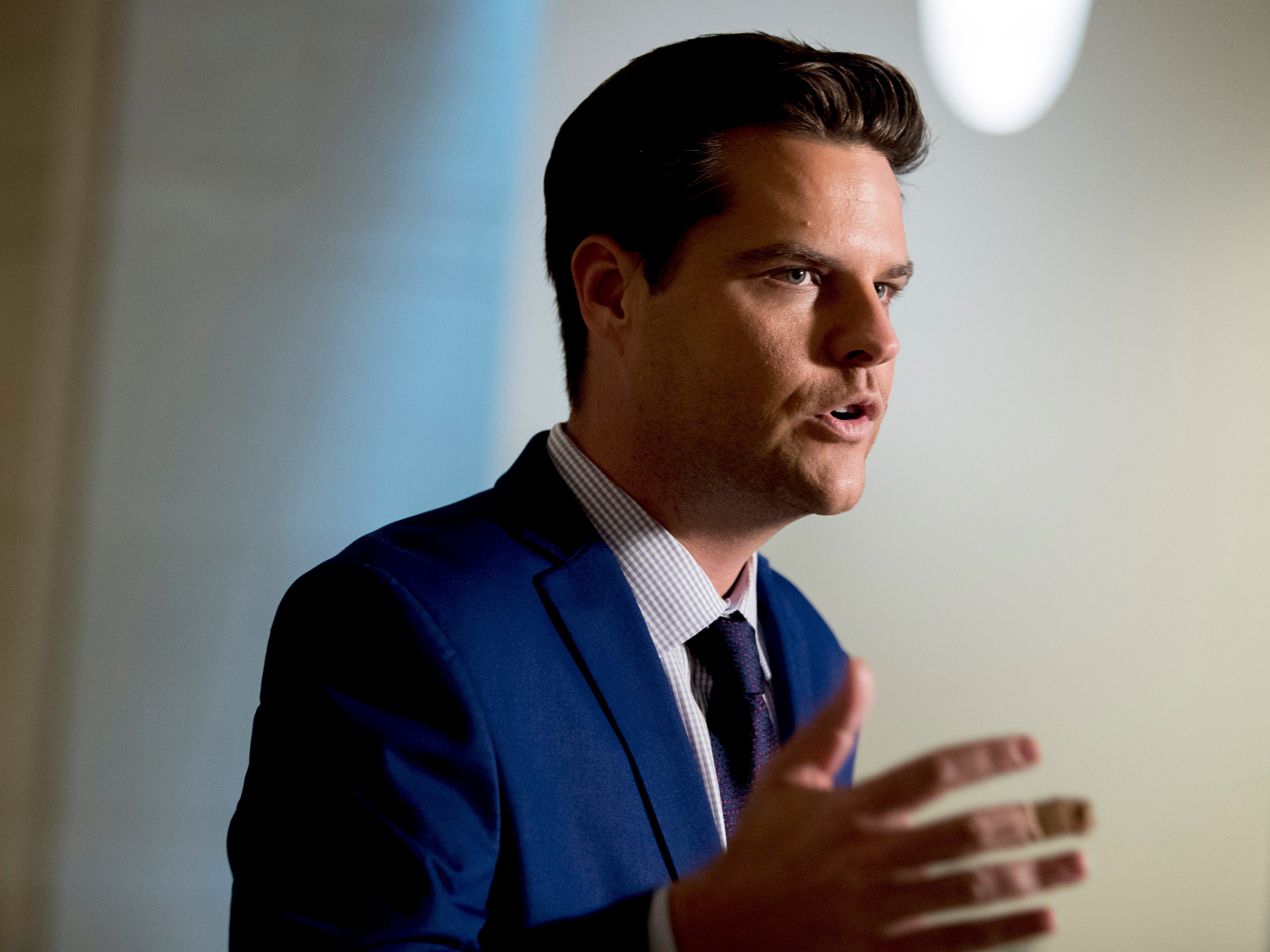 The committee also opened a separate investigation into Rep. Tom Reed over allegations of sexual misconduct. 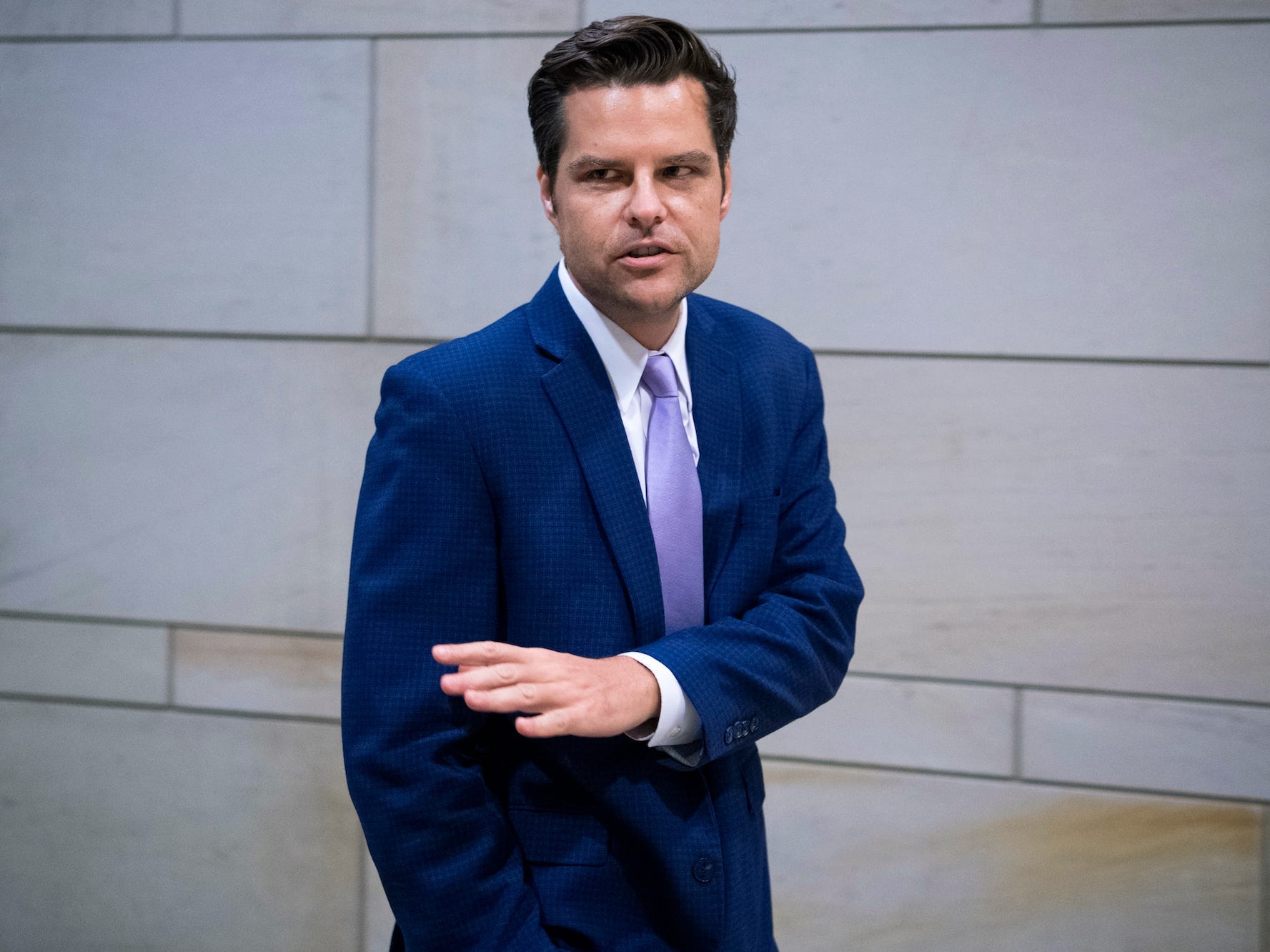 Matt Gaetz releases a statement from the ‘women’ of his office defending him, but no women are named in it

The nameless statement from "The Women of the Office of U.S. Congressman Matt Gaetz" said the allegations against him were false. 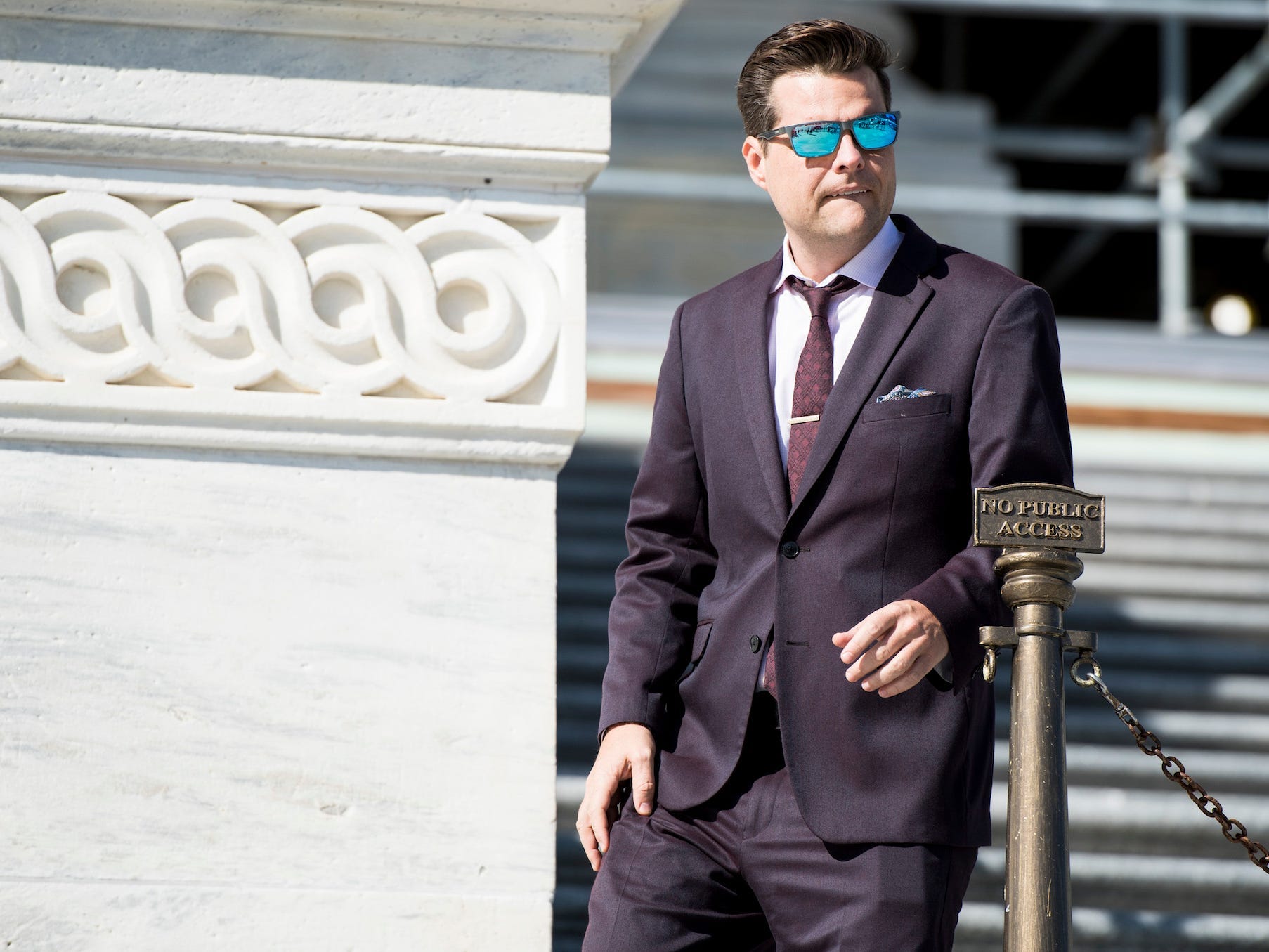 A GOP congressman, a sex-trafficking probe, and a $25 million extortion plot: Here’s everything we know about ‘Gaetzgate’

Reports of a sex crimes investigation morphed into an elaborate saga involving ex-government officials and a US hostage who's presumed dead. 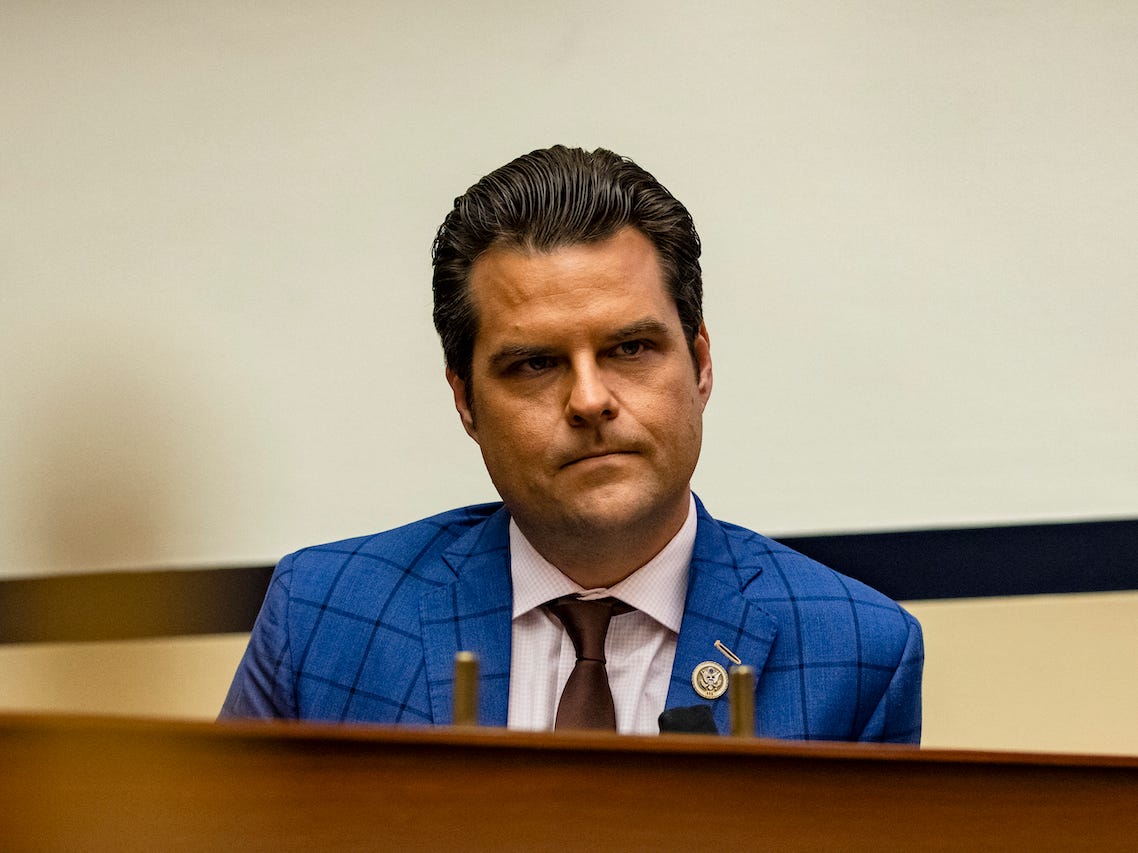 The federal sex trafficking probe into Rep. Matt Gaetz is looking at trips he took to the Bahamas, CBS News says

Investigators are looking at whether women were trafficked across state and international lines during trips with Gaetz, CBS News reported. 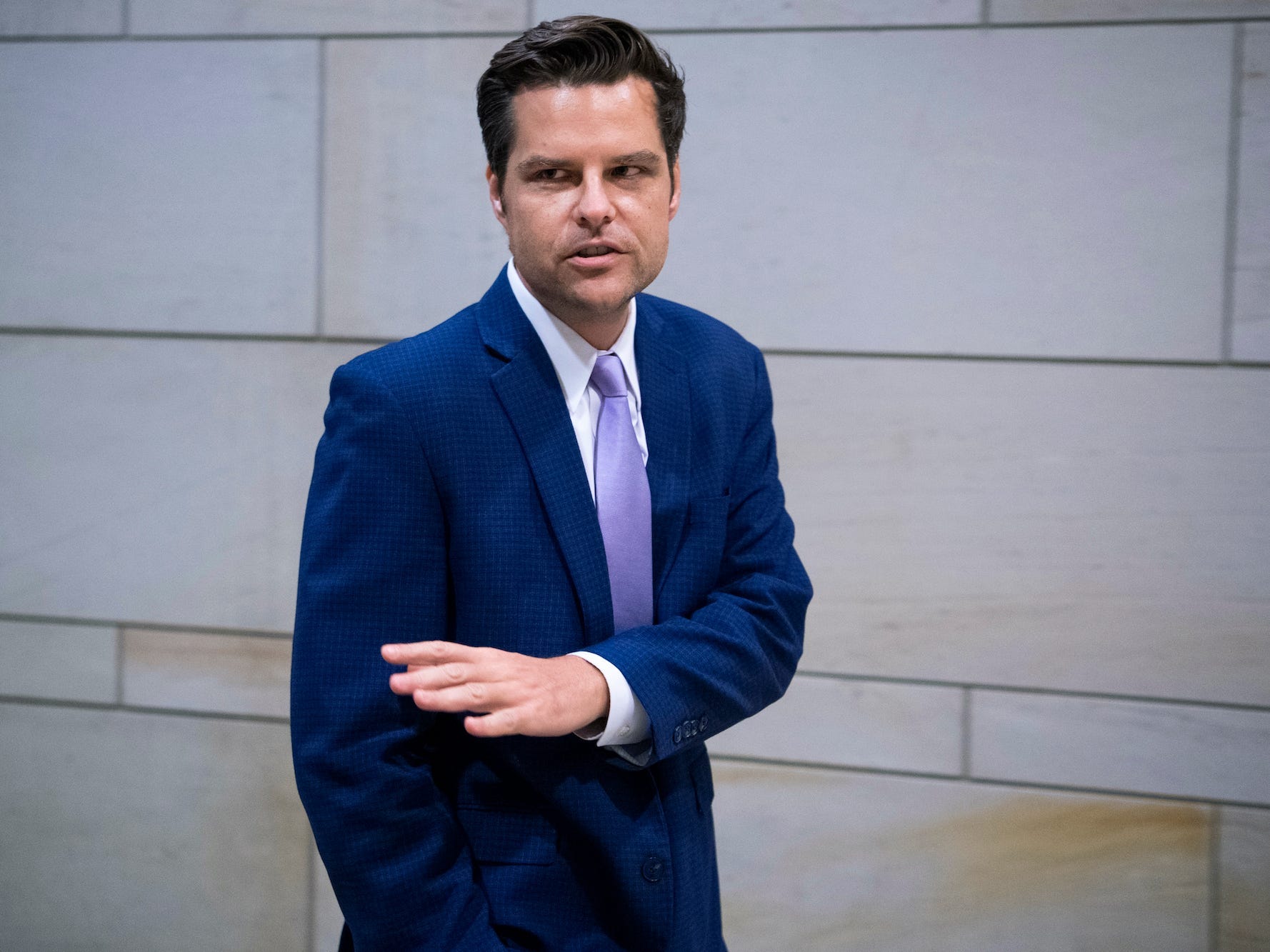 "I'm not here to provide any degree of evidence in support of Congressman Gaetz, only to discredit these baseless allegations," Nathaniel Nelson said. 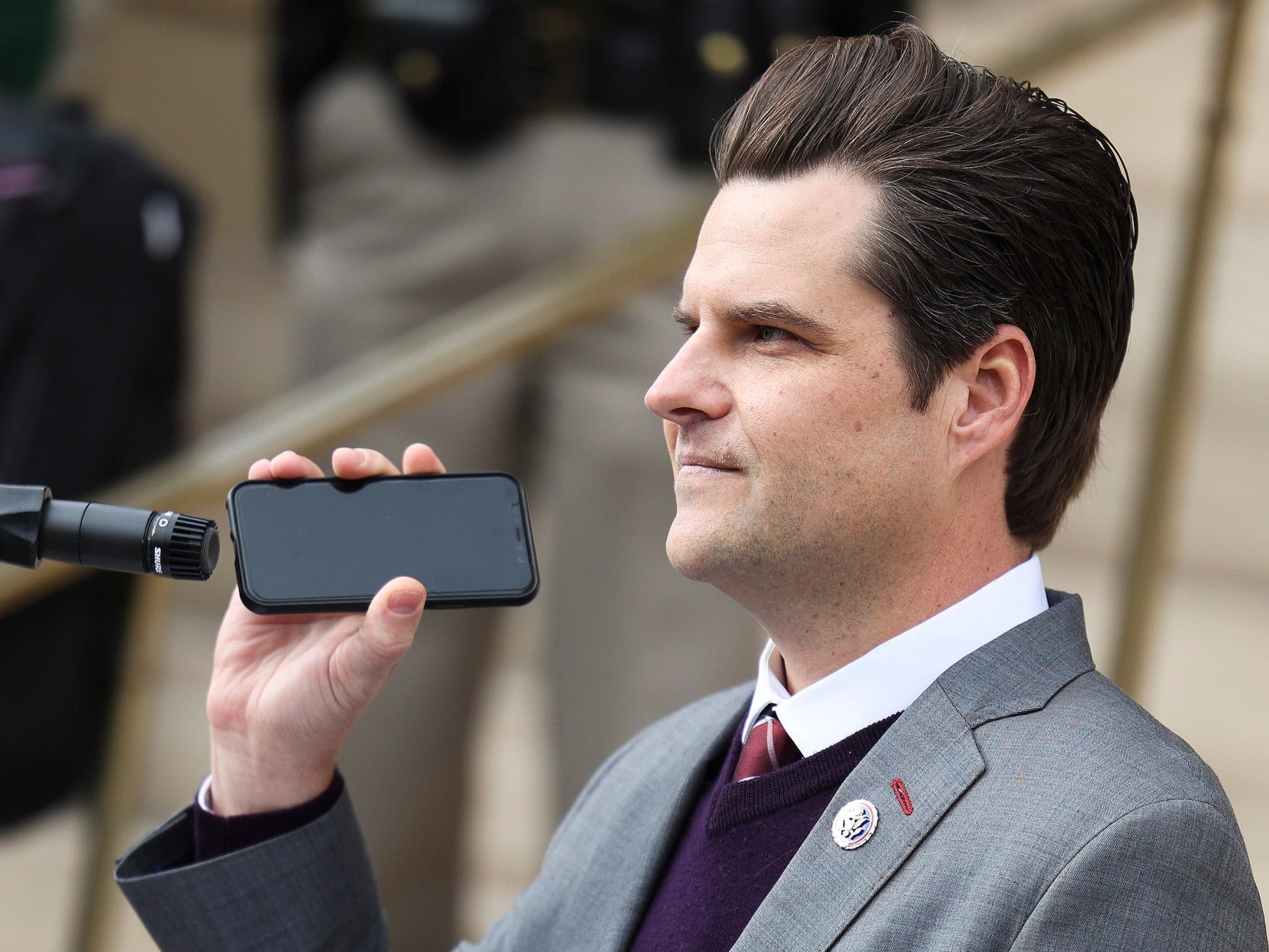