Cleaning strawberries just before you eat them is important to remove pesticides and bacteria. Use a vinegar or saltwater solution to ensure cleanliness. 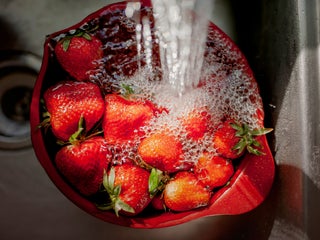 The right way to freeze avocados to avoid browning, and the best ways to use them

You can freeze avocados, but doing so does change the consistency thus making them best suited for smoothies, dips, and dressings. 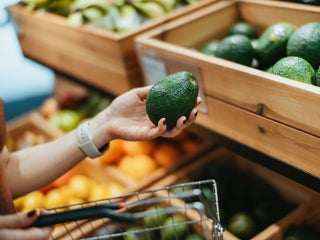 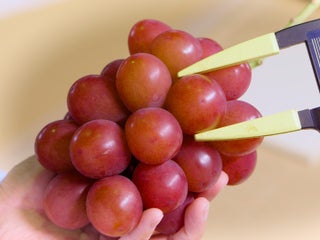 The cofounders of Fruitleather hope their company will reduce food waste while making the leather industry more environmentally friendly. 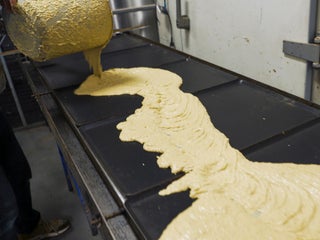 The 20 healthiest fruits you should eat more of, according to dietitians

Eating a variety of fruits ensures you're consuming adequate vitamins, minerals, and fiber. Here are the ones dietitians say are the most important. 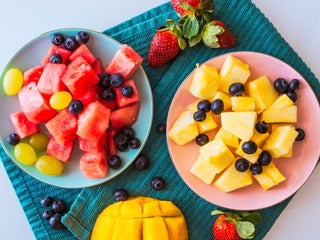 Strawberries and leafy greens contain the most pesticides of any produce, even after washing them, a report finds

The Environmental Working Group released its list of foods with the highest levels of pesticide residue, including bell peppers and mustard greens. 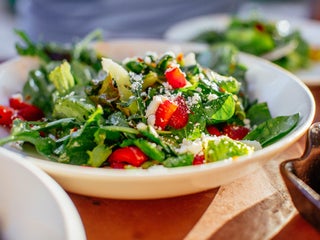 People who eat 5 servings of fruits and vegetables a day may have a lower risk of death from cancer and other diseases, study finds 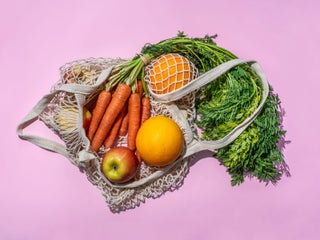 The top 10 healthiest fruits and vegetables to add to your diet, according to nutritionists 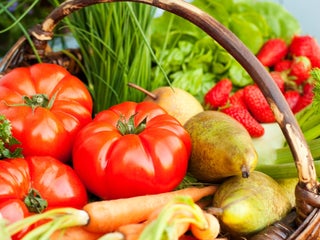 The best fruits for diabetics — and how much you should eat

Yes, diabetics can eat fruit, but it’s important to pay careful attention to your fruit intake. Even though fruit is a carbohydrate high in sugar, which can spike blood sugar, it also is high in fibre, which can help regulate blood sugar. Fresh fruit is better for diabetics than dried […] 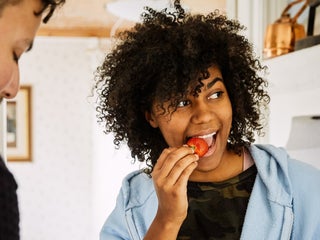 Japan often treats fruit as luxury items given as gifts and melons are among the most expensive. Yubari King melons are the most famous, two of which set a record price in 2019 when they were auctioned for $US45,000. Crown melons, grown in the Shizuoka prefecture, can cost around $US200 […] Smoothies have all the sugar and calories without all the fibre of whole fruits. Fibre helps with satiety, which is important for weight management as well as the prevention of some chronic diseases. If a smoothie is the only way you’re going to get fruits and vegetables into your diet, […]

From horned melon to jackfruit, these are 13 extraordinary fruits around the world

On your next trip, think about what fruits you need to add on your bucket list. There are many tropical fruits to try like sugar apple or cacao. Some fruits are even used for cooking, like jackfruit. Visit Insider’s homepage for more stories. Following is a transcript of the video. […] 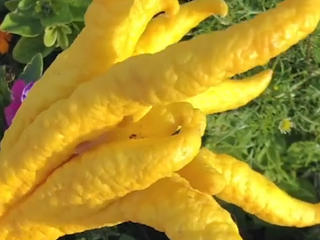 How to store 7 different fruits to make them last longer

When your favourite fruits are in season, it’s hard not to buy them all up at once. But if you’re not storing the fruits properly, you might check back a few days later to find them spoiled. With just some small adjustments, you can ensure that your fruits remain at […]

Southeast Asia is home to several fruits that most Americans probably haven’t heard of. They include the durian – the pungent “king of the fruits” – and the unusual-looking rambutan. I compiled 14 of the most bizarre fruits that I tried during my two-year stay in Malaysia. Trying new foods […] 14 vegetables that are actually fruits

Think you can tell a fruit from a vegetable? Think again. In the world of food, there are many plants most people consider vegetables that are actually fruits, botanically speaking. The most famous example is probably the tomato. Its status as a fruit or a vegetable was so contentious that […] An Australian woman has died in a “rare and tragic” case. The 64-year-old contracted hepatitis A from a frozen pomegranate product. The product had been recalled two months ago. Deaths from hepatitis A are extremely rare – just one in 250 people who contract the infection suffer life-threatening complications. A […] An Australian university library was evacuated on Saturday over a suspected gas leak that turned out to be the smell of a rotting durian. 500 people were evacuated after the pungent smell travelled through the air-conditioning system. Durian is the world’s smelliest fruit and is banned in taxis and hotels […] This is the best way to slice a pineapple

Pineapple is a strange fruit. With its... What fruits and vegetables looked like before we domesticated them

Fruits and veggies used to look a lot different...