On May 20, Amazon launched “Crucible,” a major new video game that was in development for over five years. One week later, the game completely dropped off the charts. One month later, and Amazon outright pulled the game from availability and put it back into “closed beta” – a term […] 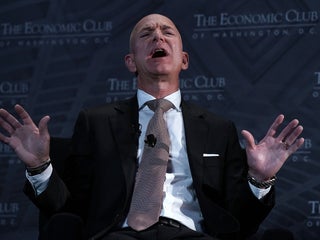 Amazon launched a major game in May, and it flopped — now the company is pulling the game from stores and putting it back in ‘closed beta’

On May 20, Amazon launched a major new video game that was in development for over five years: “Crucible.” Just one week later, the game completely dropped off the charts and was deemed a flop out of the gate. Now Amazon is pulling the game from digital storefronts and putting […] 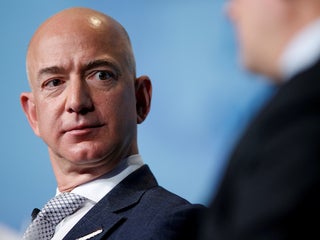 A new smartphone game from Nintendo is in the works, and it stars everyone’s favourite, Mario. “Dr. Mario World” is a free-to-play puzzle game for both Apple and Android devices. The game arrives on July 10. Visit Business Insider’s homepage for more stories. Nintendo’s second-ever smartphone game starring Super Mario […] A new, free ‘Minecraft’ game was just revealed, and it takes major cues from the wildly popular ‘Pokémon Go’ phenomenon

There’s a new “Minecraft” game coming this summer, and it’s a twist on the wildly popular franchise. The game is called “Minecraft Earth” – a nod to the central concept of the game, which promises to bring the world of “Minecraft” into reality. Like “Pokémon Go” before it, “Minecraft Earth” […] A new smartphone game from Nintendo is in the works, and it stars everyone’s favourite Mario. “Dr. Mario World” is a free-to-play puzzle game for both Apple and Android devices. The game is expected to arrive in “early summer,” and is being made in partnership with Line and NHN Entertainment. […] “Fortnite” is dominating the world of video games. Over 125 million people have played the game since it launched in July 2017, the game’s publisher announced on Tuesday. Since the Battle Royale mode of “Fortnite” is free, and available on most platforms, it’s very easy to play the game. How […] The biggest game in the world, ‘Fortnite,’ finally arrives on Android this winter

“Fortnite” is one of the most popular games in the world right now, but it’s still not on the largest mobile platform: Android. The folks behind the game announced an Android version in April, but still haven’t given a specific release date. It’s not clear which Android phones will work […] Nintendo's next major mobile game, which... The next two Nintendo smartphone games are free-to-play

Want to know how much you'll pay to play...