Miami and Space – the new battlegrounds for tech’s top egos

In this week's edition of the Insider Tech newsletter we look at the two hottest destinations in tech: Miami and Space. 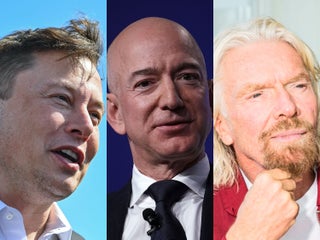 Miami’s tech scene is having a moment as Silicon Valley power players descend on the city. But not everyone loves the changes they bring.

Silicon Valley is arriving in Miami and bringing their ethos with them: moving fast, disrupting, not asking for permission. 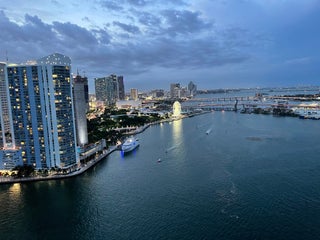 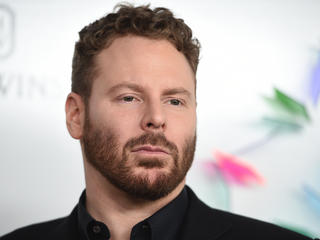 This autonomous trucking startup out of MIT wants computers to think like human drivers, and it just became the first self-driving truck investment for Founders Fund

isee, an autonomous driving startup for trucks, announced $US15 million in Series A funding from Founders Fund on Monday. Unlike other autonomous driving and logistics startups, isee uses proprietary deep learning and cognitive AI technology to try to give its trucks “common sense,” an area that other technologies struggle to […] According to a Wall Street Journal report from Rob Copeland and Katie Roof on Monday, Peter Thiel’s venture firm Founders Fund is raising nearly $US3 billion in new funding. A whopping $US1.5 billion will be dedicated to investing in late-stage growth companies, like Airbnb. Founders Fund is the latest VC […] On Tuesday, Founders FundannouncedHereticon, a conference in New Orleans for “dissenting thinkers.” The conference will run for three days in May 2020, according to a blog post announcing the news. The conference will include discussions on topics that would be “banned from other conferences,” such as immortality, doomsday preparation, biological […] Oculus founder Palmer Luckey has received funding for his new startup, Anduril, that values the company at $US1 billion, according to a CNBC report Wednesday. The company, which makes technology for a virtual border wall, reportedly received backing from Andreessen Horowitz, one of the most noteworthy venture capital firms in […] On-demand food delivery app Postmates plans to publicly reveal its IPO filing in September, TechCrunch reported Monday. One Postmates investor confirmed to Business Insider that the company is in a pre-IPO quiet period. Postmates confidentially filed for an IPO with the U.S. Securities and Exchange Commission in February. The food […] I tried Barry’s Bootcamp, the intense fitness class that’s become a hub of VC networking and tech deals. I walked out with a lot of sweat but no funding.

Lee Edwards, a partner at early-stage venture firm Root Ventures, tweetedThursday “The 3 B’s of venture deals: Barry’s, The Battery, and Burning Man.” The first B is Barry’s Bootcamp, an intense bootcamp-style fitness program that is known for its pricey camouflage workout gear, club-like atmosphere, and intimidating instructors. I did […] Peter Thiel’s venture-capital firm is delivering huge returns for investors, according to The Wall Street Journal. Founders Fund is returning $US4.60 on every dollar invested as part of its fourth fund in 2011, The Journal said. The returns were buoyed by Founders Fund’s stakes in companies including Airbnb and Stripe. […] California-based startup Naked Labs just unveiled its flagship product: a high-tech mirror and scale that delivers precise information on your body including weight, height, BMI, and measurements. Naked Labs also closed a $US14 million funding round led by Founders Fund which included investments from NEA, Lumia, and early Uber and […] Here are the top 3 qualities you need to succeed, according to a high school dropout who became a venture capitalist at one of Silicon Valley’s most prominent firms

Cyan Banister is a self-taught engineer, entrepreneur, and angel investor. Banister made early bets on companies like Uber, SpaceX, and Postmates. Now, she manages multi-millionaire dollar deals at Peter Thiel’s venture firm Founders Fund. But Banister didn’t have a traditional education: She dropped out of high school as a teenager […] Google’s auto-complete features gives you a drop-down menu of suggestions based on the most popular queries related to whatever you’re searching. If you start searching for a story about a tech CEO, for example, Google auto-complete might show you that other users are searching about this person’s marriage, kids, salary, […] Gameshow app HQ Trivia is reportedly in funding talks with one of the top San Francisco venture capital firms, Peter Thiel’s Founders Fund. Recode reports that the firm intends to lead a $US15 million funding round which would value the company at $US100 million. The round has yet to close. […] Founders Fund, the venture-capital firm founded by the tech billionaire Peter Thiel, has made hundreds of millions of dollars from bitcoin investments, The Wall Street Journal reported. The firm put $US15 million to $US20 million into the cryptocurrency and made a lot of money as bitcoin’s value skyrocketed by nearly […] The price of bitcoin spiked over 10% Tuesday to around $US14,500 a coin after the Wall Street Journal reported Peter Thiel’s Founders Fund had “amassed hundreds of millions of dollars” worth of the cryptocurrency. According to the report, the fund bought “$US15 to 20 million” worth of the digital currency […]

Peter Thiel may be getting off the Trump train

Billionaire investor Peter Thiel has been one...