Molly Rogers, a costume designer on the "Sex and the City" reboot previously told Insider: "There was definitely some 'dumpster diving' happening." 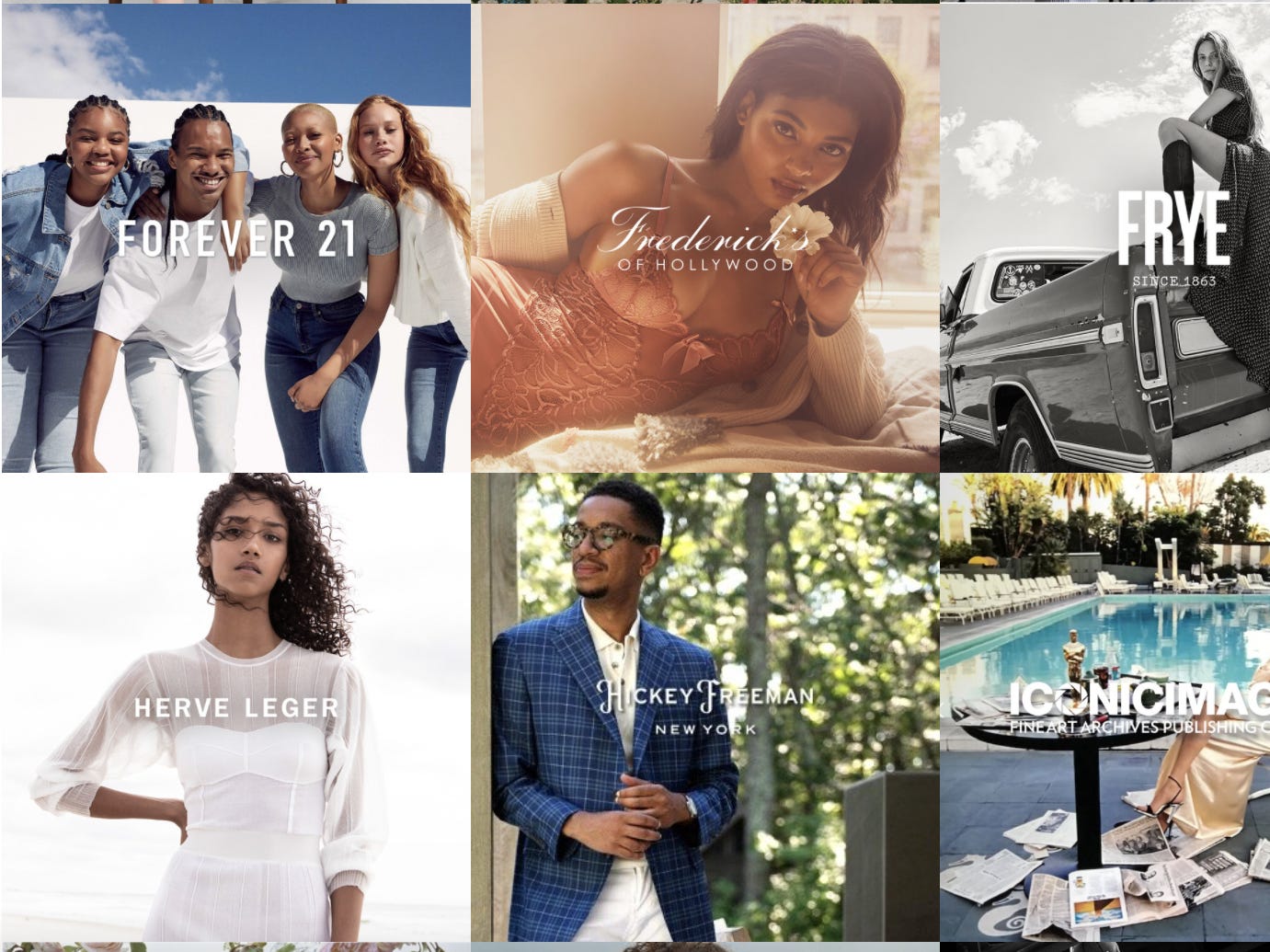 Customers are reporting credit-card payment crashes at restaurants and stores across the US, including Chick-fil-A and Ikea

Customers reported they couldn't purchase food or products at some places because they were not accepting credit cards. 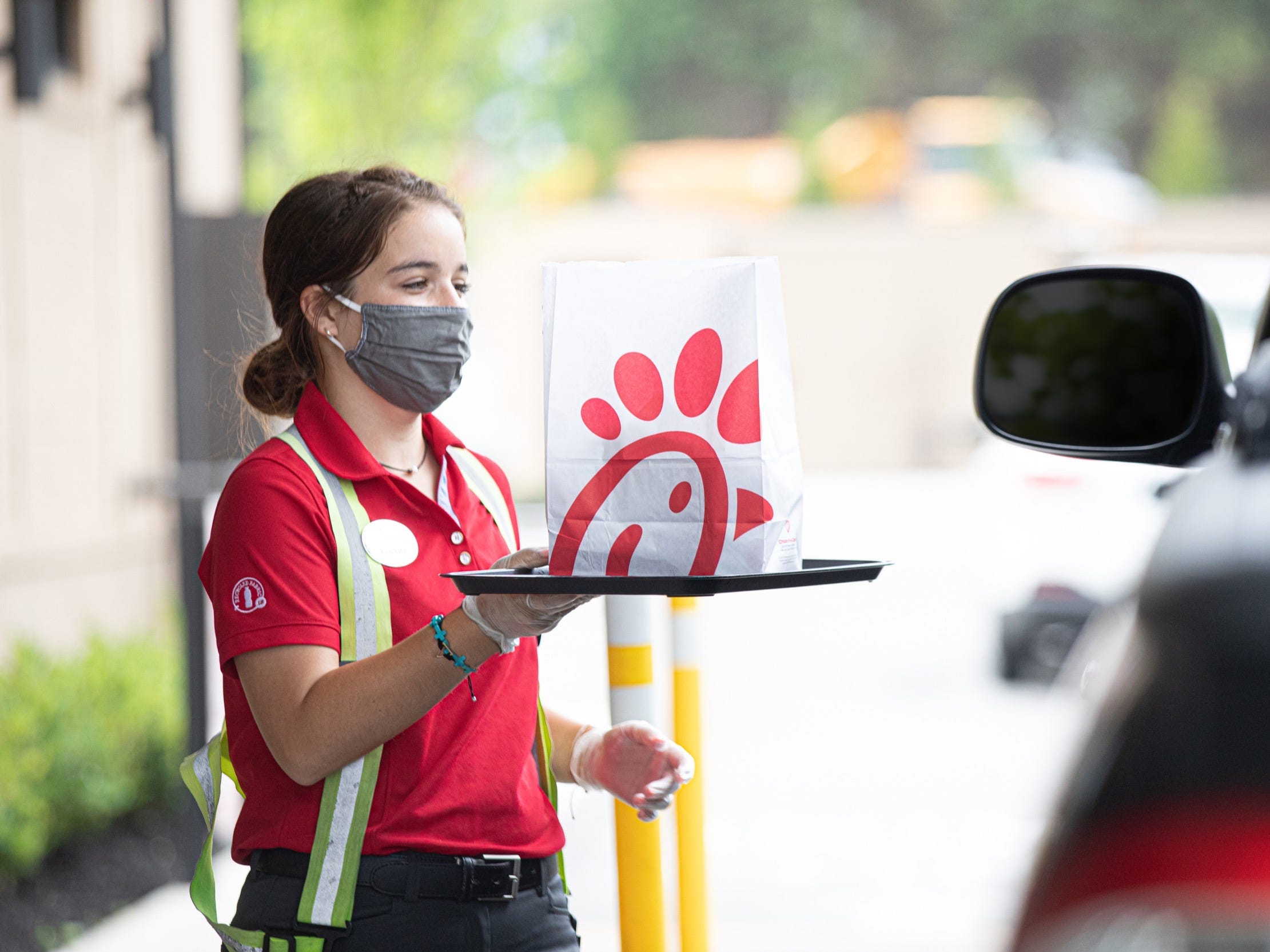 Meet the CEO behind the company that owns the rights to all your favourite bankrupt brands and dead celebrities, from Forever 21 to Marilyn Monroe

Authentic Brands Group CEO Jamie Salter has spent the coronavirus pandemic buying up the rights to struggling retailers including Brooks Brothers and Lucky Brand, planning to licence out their intellectual property for a profit. ABG is a family business – all four of Salter’s sons work with him at the […] 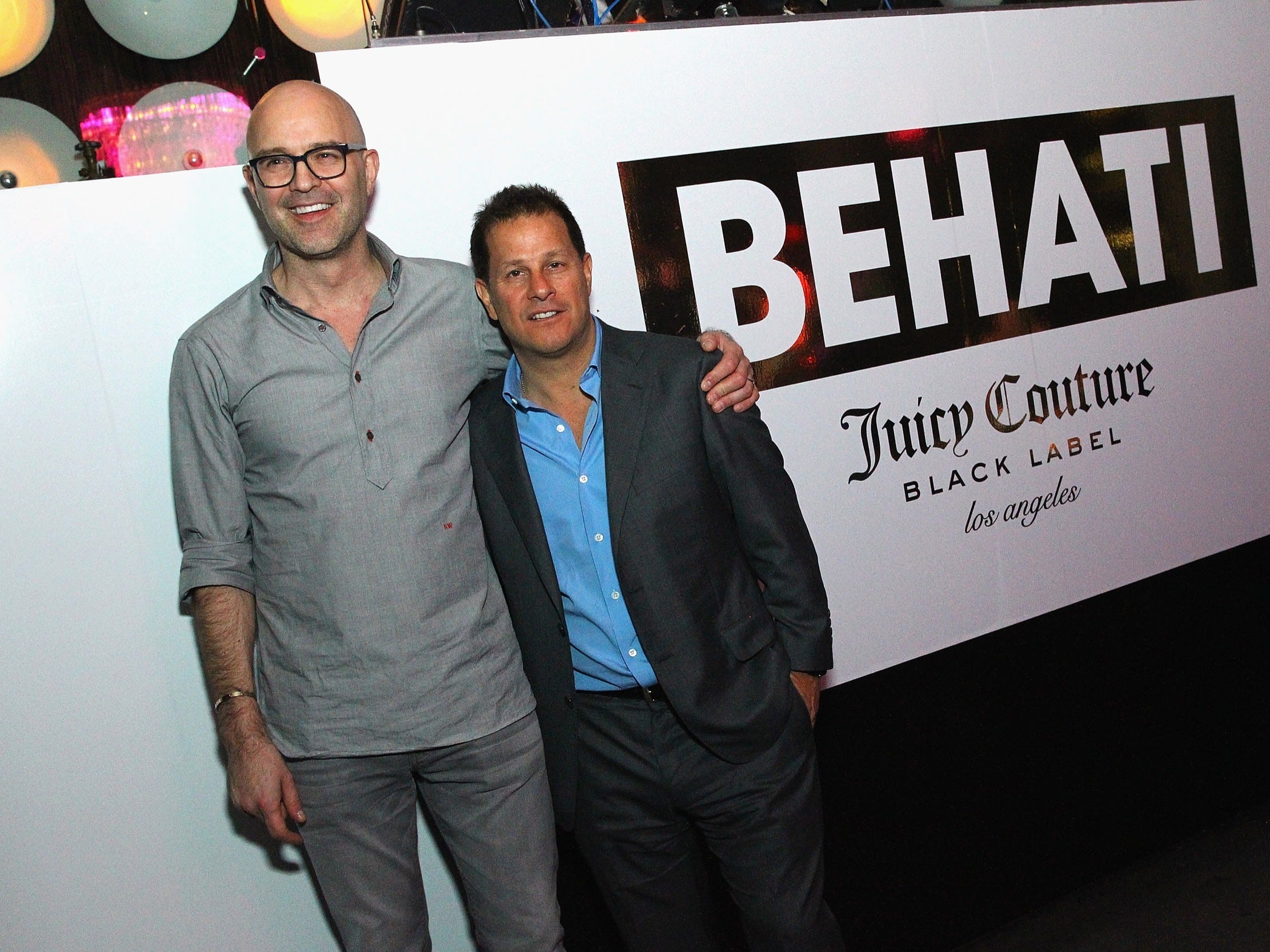 Hello! Welcome to another week of The Drive-Thru, Business Insider’s weekly roundup of the biggest stories in restaurants and retail. If this is your first time reading The Drive-Thru, welcome! I’m Shoshy Ciment, junior reporter here on the retail desk, and I am honoured to be the first person to […]

The former fast-fashion empire of Forever 21 filed for Chapter 11 bankruptcy in September 2019. Since then, the company has closed all-but-three of its locations in Manhattan, and it could close 178 underperforming stores throughout the US and 350 globally in 2020. Forever 21 accepted a deal to sell to […]

More than 6,300 stores are closing in 2020 as the retail apocalypse drags on. Here’s the full list.

Retailers have confirmed at least 6,300 US store closings for 2020. Stein Mart, Men’s Wearhouse, Lord & Taylor, Microsoft, GNC, JCPenney, Victoria’s Secret, Nordstrom, and Sears are among the retailers that are planning to close stores this year. Visit Business Insider’s homepage for more stories. Retailers are expected to close […] 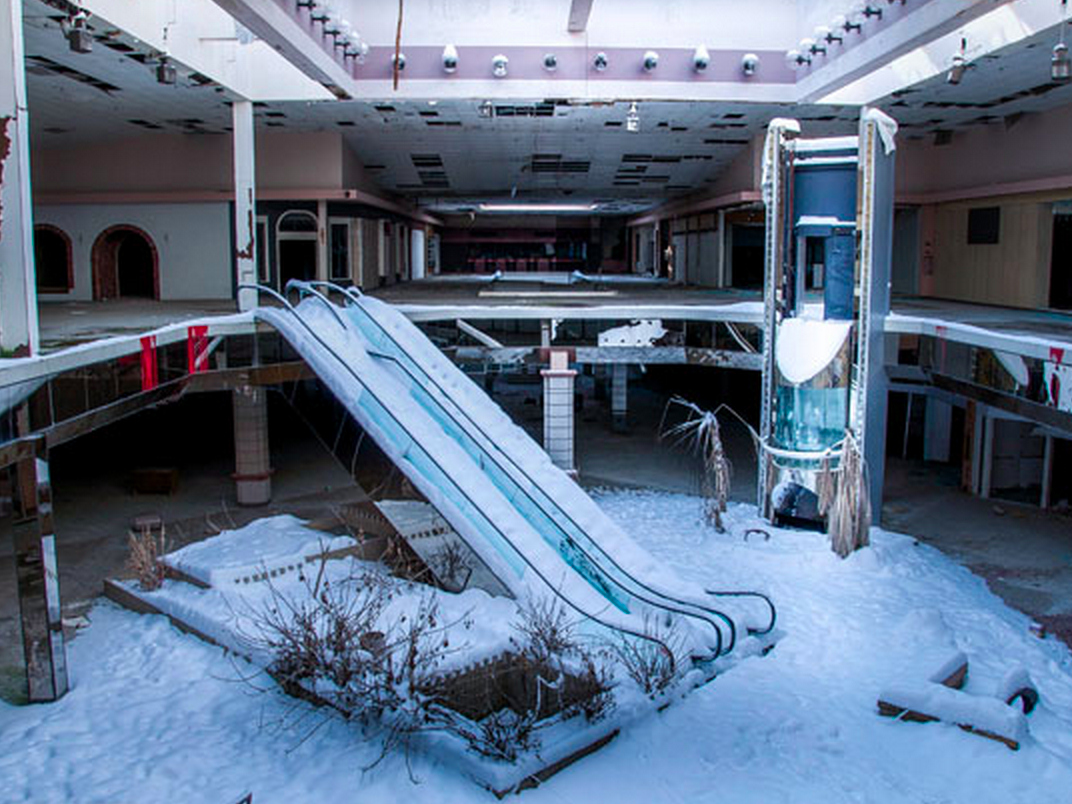 Blockbuster, Borders, Sports Authority, and more: The biggest retail bankruptcies of the past decade

RadioShack,American Apparel, Borders, Blockbuster,Sears, and Forever 21 are among the many retail companies that have filed for bankruptcy over the past decade. Some retailers emerged from bankruptcy with smaller physical footprints, while others ended up liquidating. Visit Business Insider’s homepage for more stories. Sign up for Business Insider’s retail newsletter, […]

A proliferation of IPOs created several new billionaires in 2019 – but a turbulent stock market also knocked many entrepreneurs out of the three-comma club. Several one-time billionaires (including Juul cofounders Adam Bowen and James Monsees) saw their net worths drop because of company crises. A few noteworthy newly-minted millionaires […]

The American Dream complex began its grand opening process on Friday, October 25 in East Rutherford, New Jersey. The 3 million-square-foot centre will be one of the largest malls in North America and will feature a theme park, ice rink, water park, and indoor ski centre in addition to over […]

Forever 21‘s bankruptcy comes as a result of a series of missteps, but its most egregious failure may be failing to appeal to Gen Z shoppers, experts say. While Gen Z is looking for affordable clothing, it’s more sustainability-minded than older generations and has taken a liking to resale and […]

From Forever 21 and Payless to PG&E, here are the biggest bankruptcies of the year so far

2019 has been a tough year for retail. More than 8,200 stores are expected to close this year, and multiple companies have already filed for bankruptcy. Industries such as transportation, energy, and communications have also been plagued by bankruptcies. Here are the 21 largest companies that have filed for bankruptcy […]

Forever 21 has filed for bankruptcy, and you should spend your gift cards as soon as possible, expert says

Forever 21 filed for Chapter 11 bankruptcy protection on Sunday. As part of the filing, the company said it would close up to 350 stores globally. It could close as many as 178 underperforming stores in the US, though it will have sales and rent negotiations through December 31. With […]

The owners of Forever 21 say that they have lived the American Dream. Bernie Sanders says they’re destroying it.

Forever 21’s Chapter 11 bankruptcy filing cast the struggling fast-fashion retailer as the embodiment of the American Dream. But Democratic presidential candidate Sen. Bernie Sanders isn’t having it. On Tuesday he took company founders Do Won and Jin Sook Chang to task on Twitter, saying, “All Forever 21 workers must […]

Forever 21 could close 111 underperforming stores in the US. Here’s the full list of locations at risk.

Forever 21 is expected to close 350 stores globally, including up to 111 locations in the US, after filing for Chapter 11 bankruptcy protection. The fast-fashion retailer shared a revised list of possible store closings in a court hearing Tuesday, saying it would begin store-wide sales and rent negotiations through […]

Photos show the glittery glory days of now-bankrupt Forever 21, which thrived with cheap styles in the wake of the recession

Though Forever 21 just filed for Chapter 11 bankruptcy protection, for a period in post-recession America, the fast-fashion retailer showed no signs of stopping. Forever 21 capitalised on consumers who still wanted to look stylish while on a budget. It took over empty storefronts left in the wake of the […]

‘RIP Forever 21’: People are reminiscing about their days of shopping at the fast-fashion retailer as it pledges to reorganise in bankruptcy

Forever 21 filed for Chapter 11 bankruptcy protection on Sunday and announced it would close up to 350 stores globally. In a letter to shoppers, the company said that it was not going out of business but instead taking “positive steps to reorganise the business.” Fans have taken to social […]

Forever 21 filed for Chapter 11 bankruptcy protection on Sunday and announced it would close up to 350 stores globally, effectively ceasing operations in 40 countries, including most of its locations in Europe and Asia. In a letter to shoppers, Forever 21 emphatically said that it was not going out […]

Forever 21’s Chapter 11 bankruptcy filing features a discussion of the American Dream. An entire section of the filing highlights the company founders’ early entrepreneurial spirit. Founders Do Won and Jin Sook Chang immigrated to the United States from South Korea in 1981. The married couple worked in various service […]

Forever 21, once among America’s fastest-growing fast-fashion retailers, files for bankruptcy

Forever 21, the California-based chain that helped proliferate the “fast fashion” trend, has filed for bankruptcy. The company wrote in a letter to its customers on Sunday that Forever 21 Inc. applied for bankruptcy as part of a Chapter 11 filing. Linda Chang, the company’s executive vice president, told The […]