We got a firsthand look inside the new plant where Ford will build an electric version of its massively popular F-150 truck. 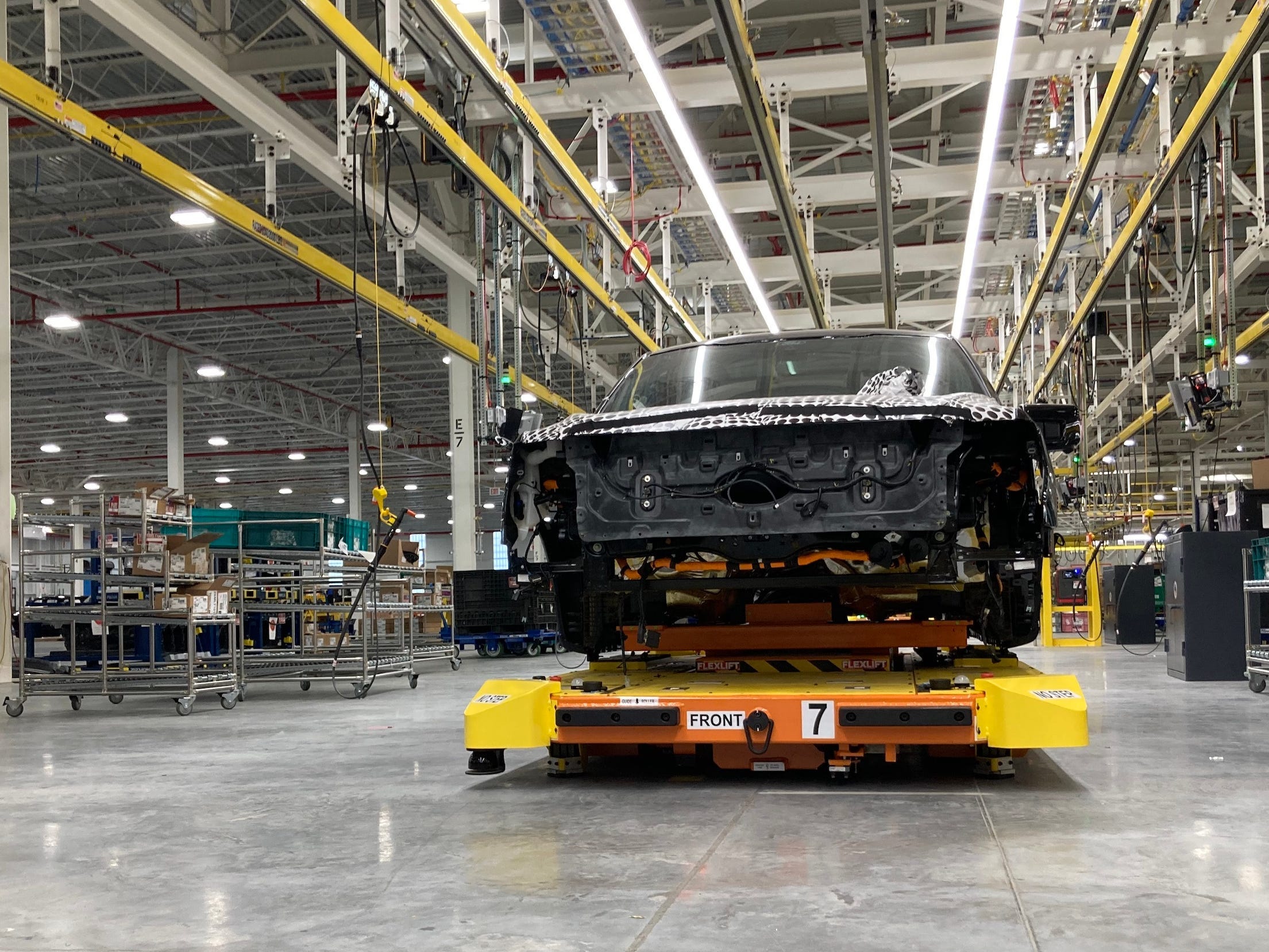 The electric Ford F-150 Lightning's front trunk offers loads of extra storage space and four power outlets. Plus, it can double as a cooler. 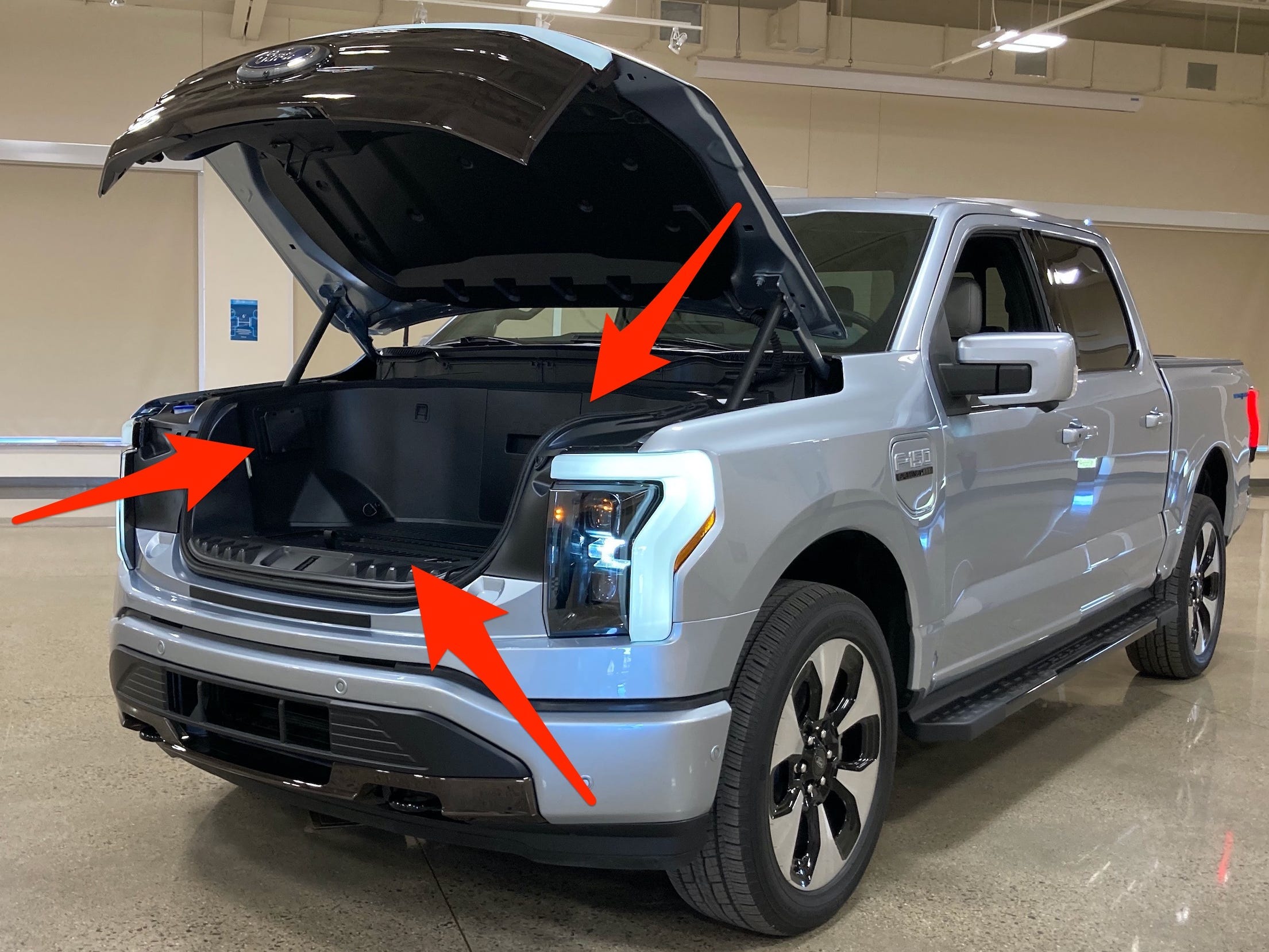 Ford hasn't officially confirmed that it will electrify the Maverick and Ranger, but it's given some strong hints of what's to come. 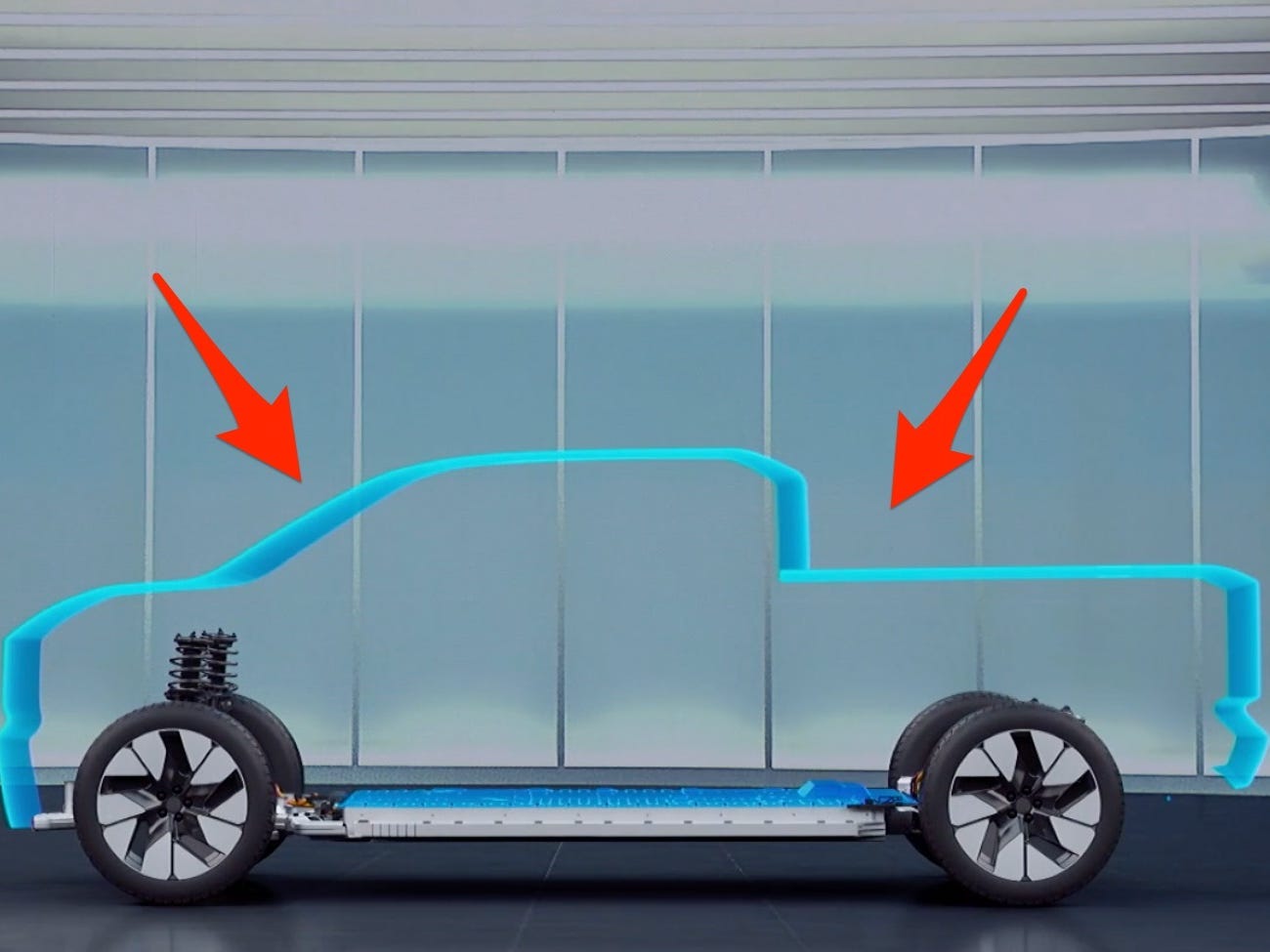 Ford has racked up 100,000 preorders for the F-150 Lightning less than a month after its reveal

Ford said it had raked in 20,000 reservations within hours of the F-150 Lightning's May debut. 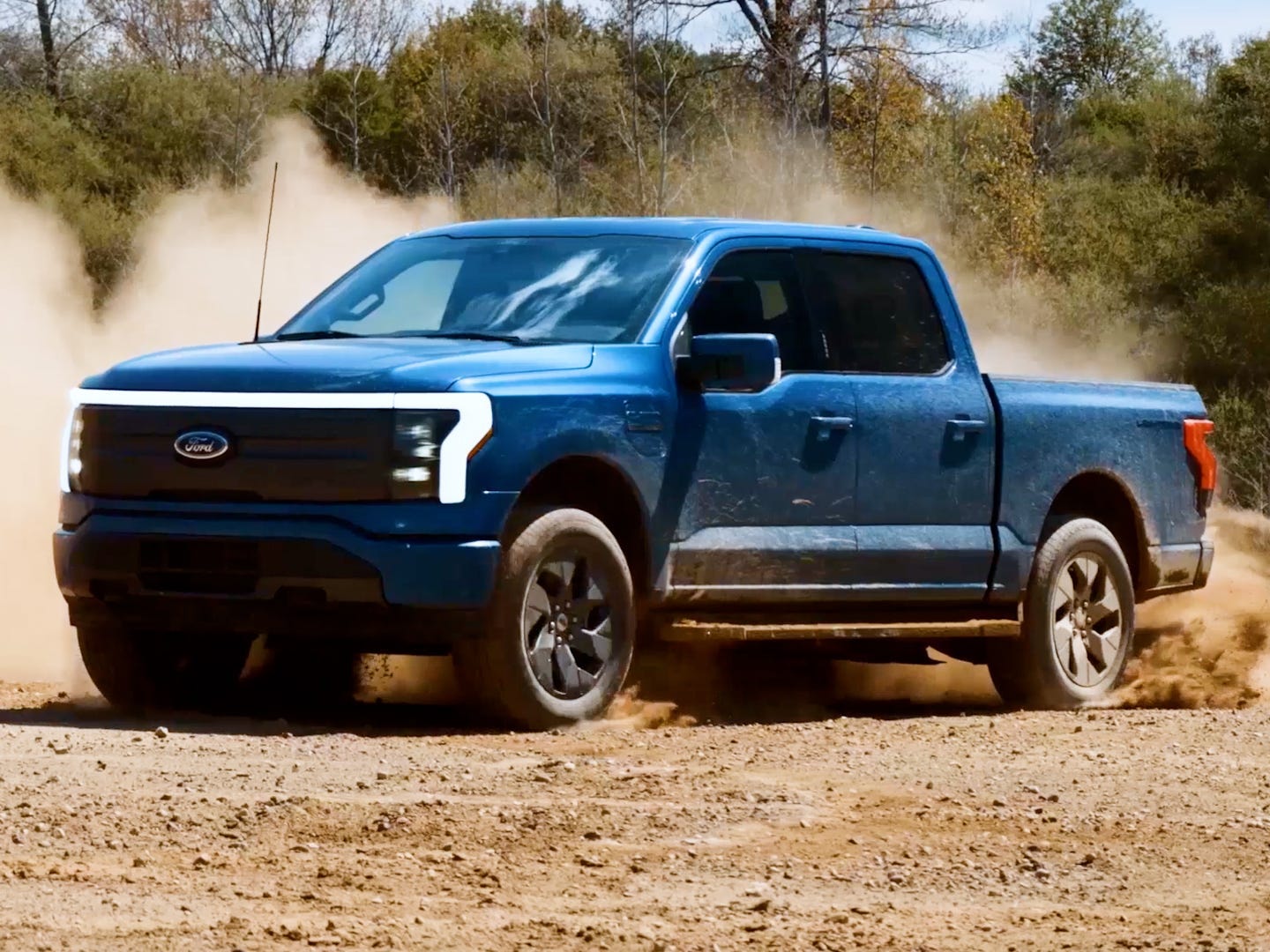 Some of the most precise range estimates in the industry are key for reassuring range-anxious consumers, says Darren Palmer, Ford's EV boss. 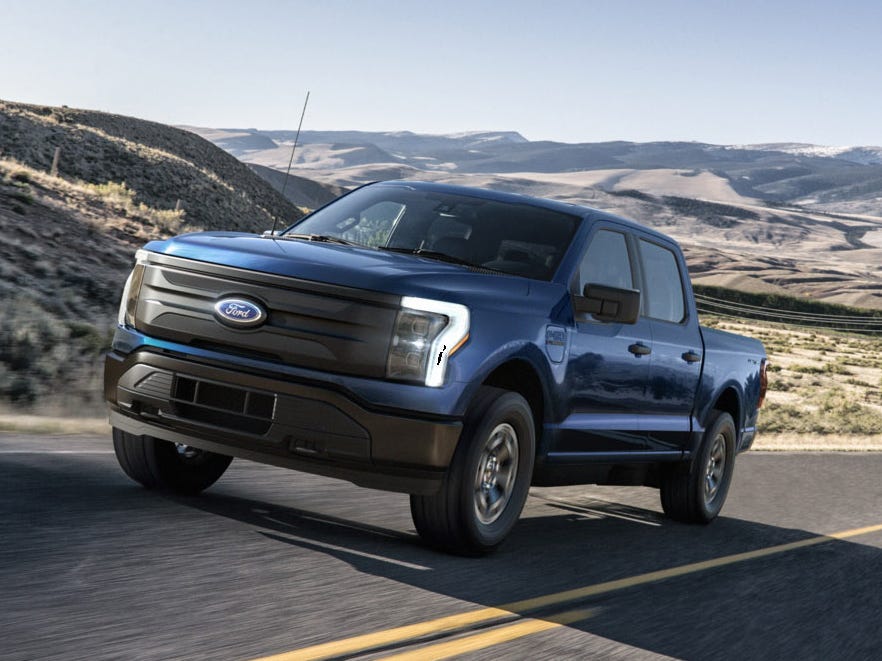 Ford's first electric pickup truck has no shortage of tricks up its sleeve, and can do many things normal F-150s can't. 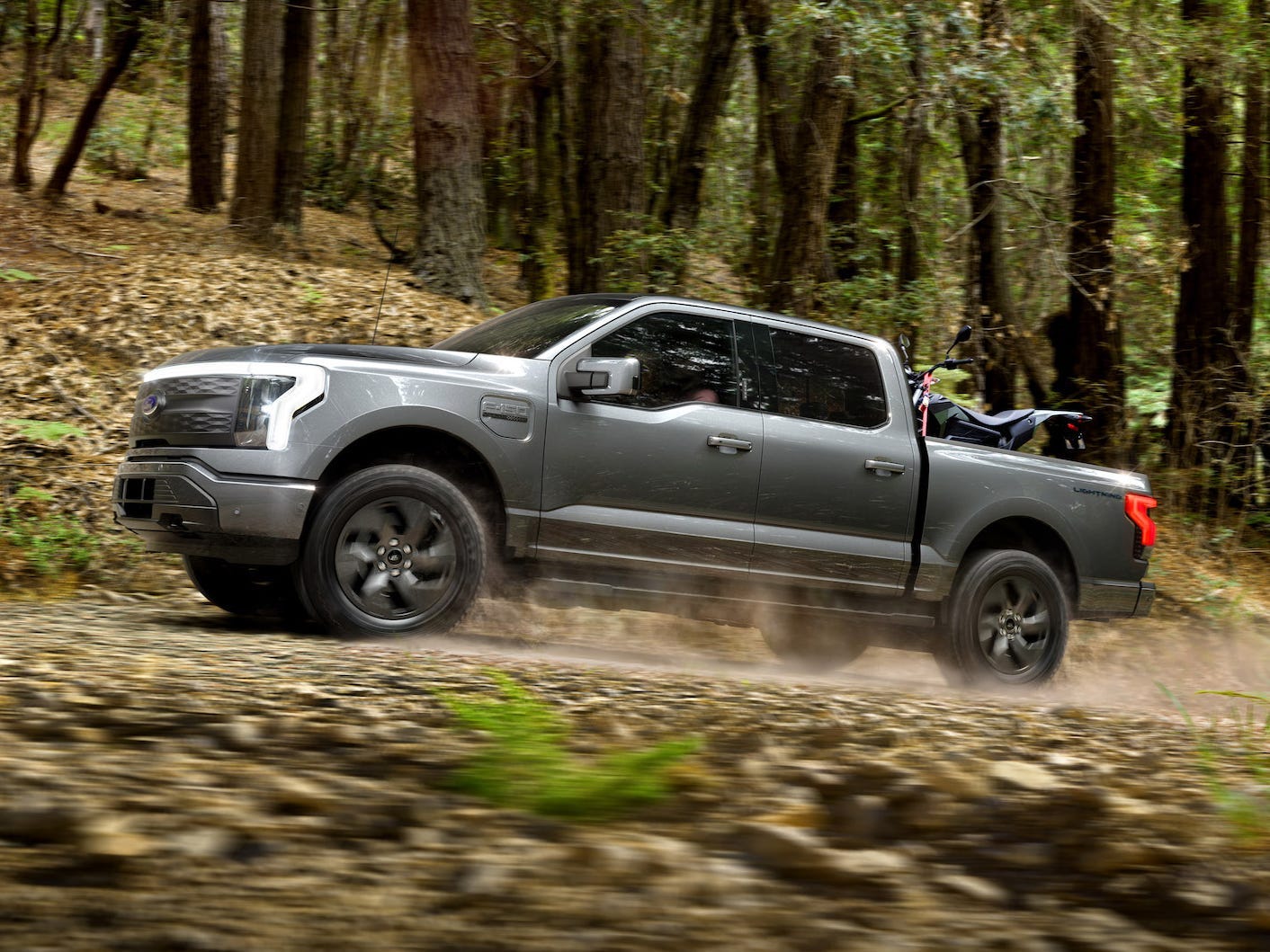 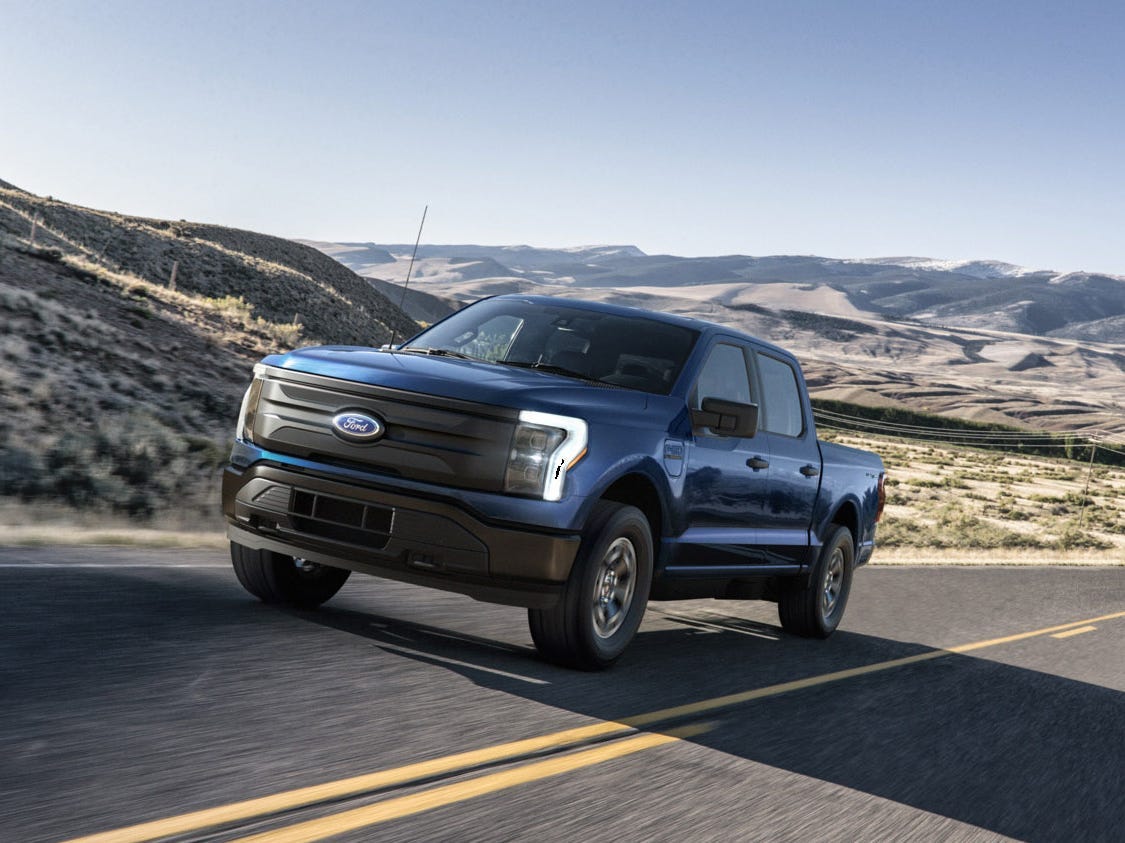 Ford says it has racked up 20,000 F-150 Lightning reservations hours after the electric pickup’s debut 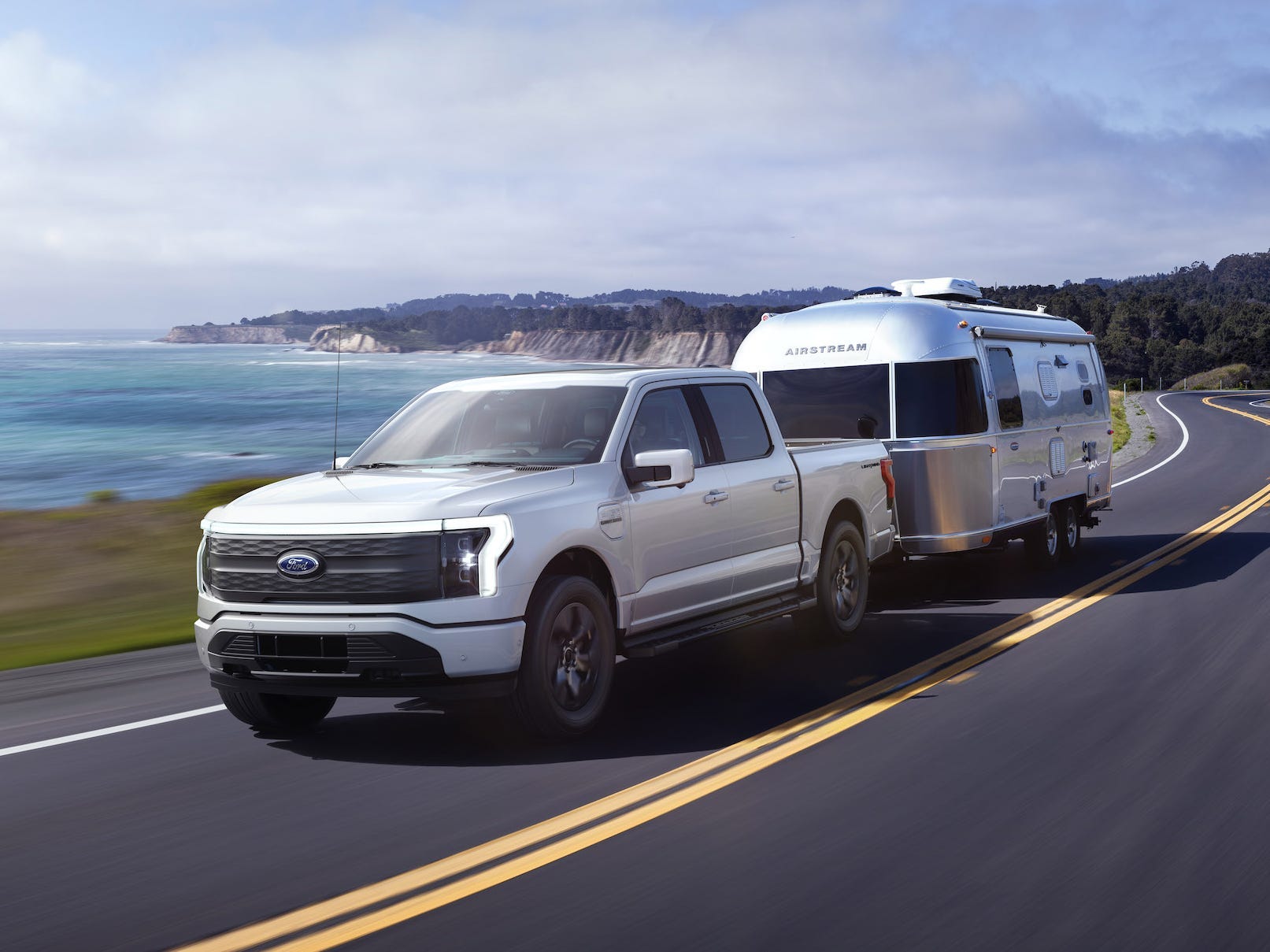 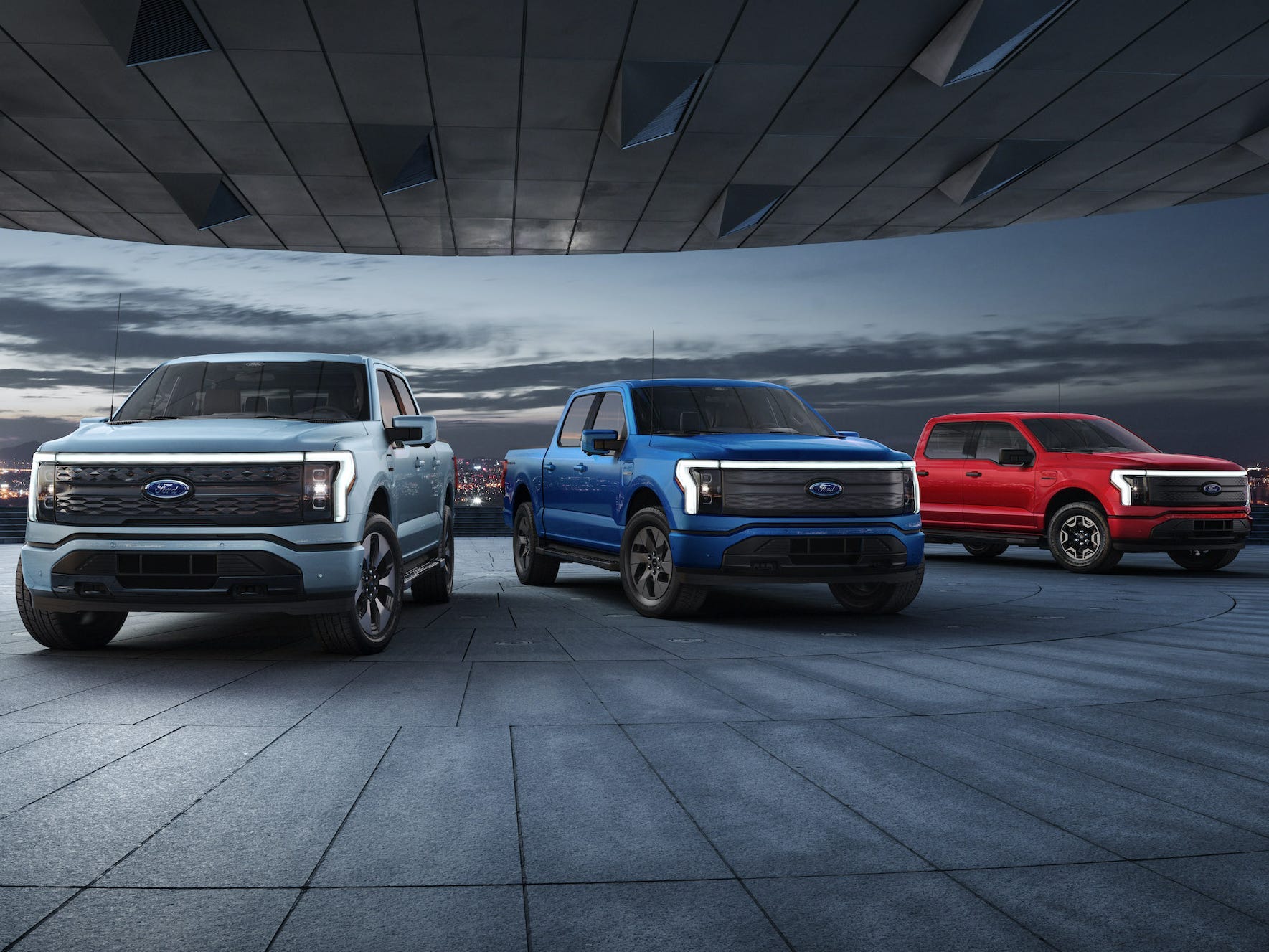 We'll get our first true glimpse of the electric truck on Wednesday at 9:30 p.m. EST. Watch the livestream here. 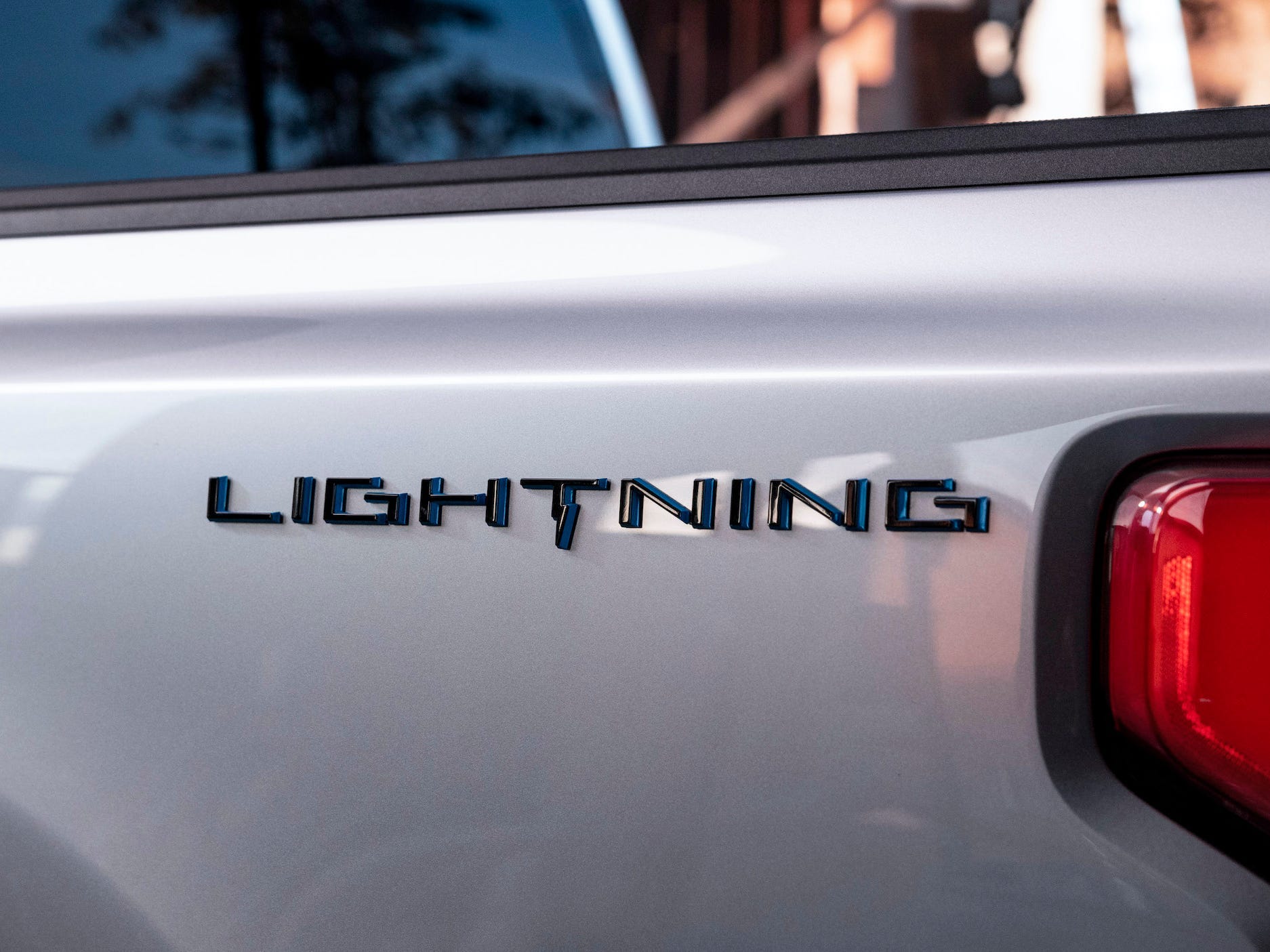 We got a glimpse of the F-150 Lightning a full day before it's set to be revealed as it was used as a prop behind President Joe Biden for his speech. 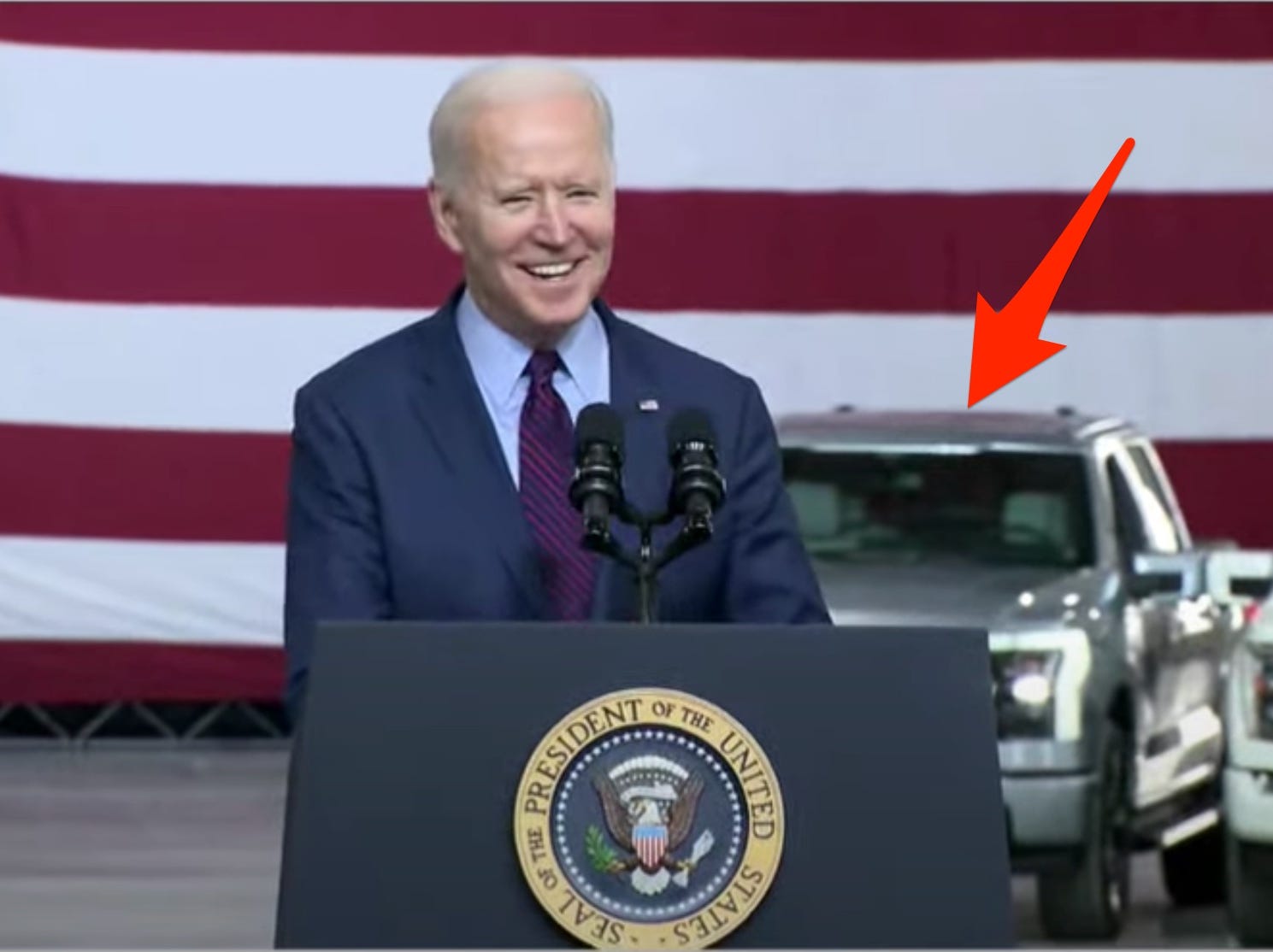 The electric Ford F-150 Lightning debuts next week. Here’s what we know about the truck so far.

Ford has left many of the electric F-150 Lightning's finer points a mystery, but the truck is supposed to be the most powerful F-150 yet. 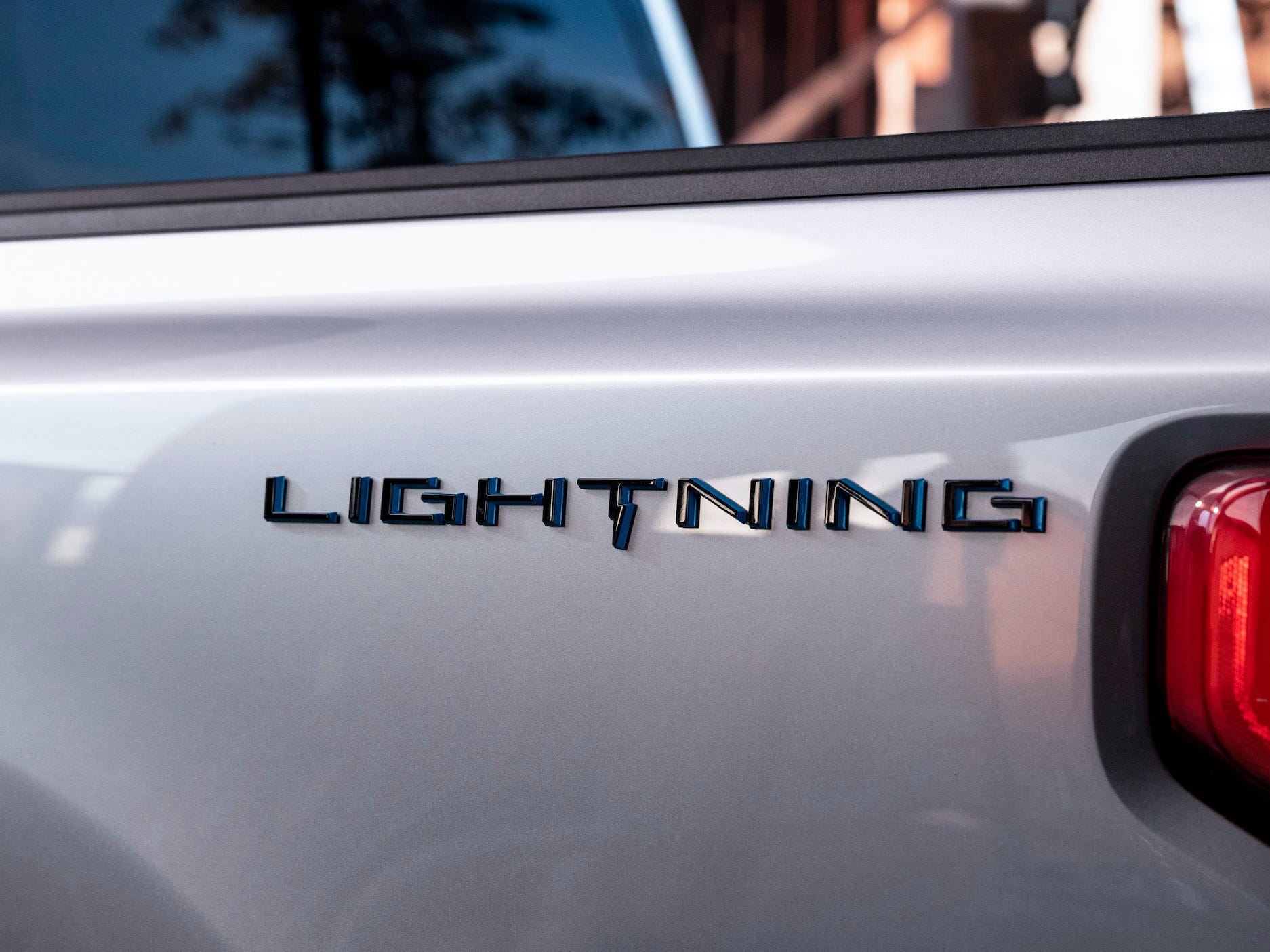 Ford’s electric pickup, the F-150 Lightning, will debut next week

Ford's long-awaited battery-powered pickup truck will be revealed during a livestreamed event on May 19, the company said Monday. 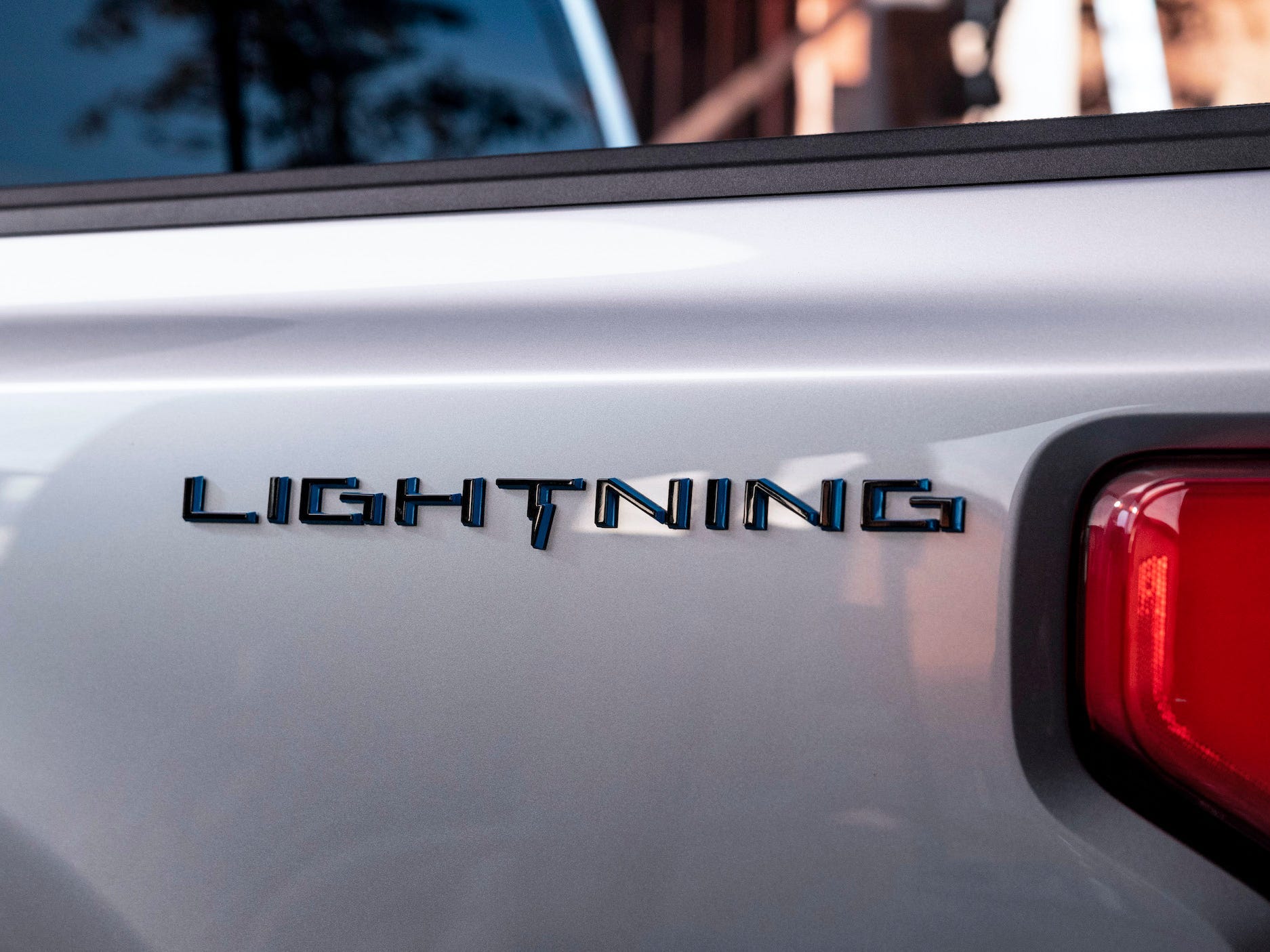