Amazon has had internal discussions about a foldable Kindle, according to Bloomberg's Mark Gurman, which would be a first for the product line. 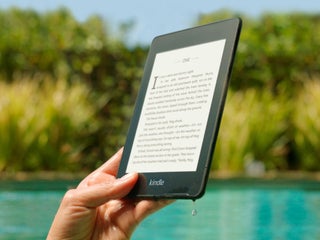 Apple successfully secured a patent for a folding device display on Tuesday. This isn’t the first patent Apple has filed to do with folding phone tech. Samsung’s flagship folding phone the Galaxy Fold has been beset by major issues, while Huawei has had its own problems as it prepares to […] Motorola confirmed that it’s working on a foldable smartphone. The company didn’t reveal too much, but did indicate that the device could bear some resemblance to Motorola’s original Razr flip phone design with a screen on the interior of the phone. Motorola’s confirmation is the first official word from the […]