Floyd Mayweather said he’s going to take part in 3 exhibitions this year, and even wants to fight 50 Cent 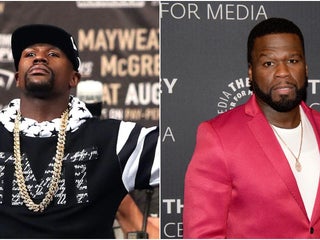 Logan Paul has been linked to a boxing exhibition involving Floyd Mayweather Jr. for months. But his younger brother, Jake Paul, told Insider recently that he’d find it difficult to watch such a fight, as Logan Paul would probably be easily beaten. “If he can’t beat KSI, what makes him […] 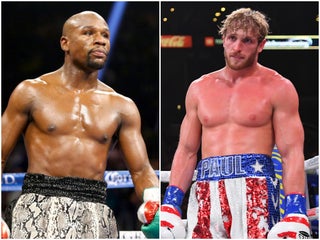 Floyd Mayweather says he will return to the ring next year. His announcement came during a video-link at a press conference in Yokohama to promote an event called MEGA 2021, which will take place on February 28 at the Tokyo Dome in Japan. Though it is an MMA event, Mayweather’s […] 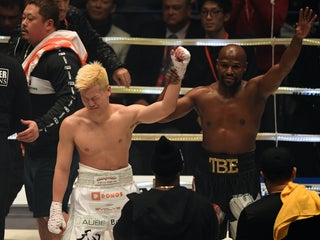 Floyd Mayweather has been approached regarding a boxing exhibition involving YouTuber Logan Paul. Mayweather has not fought professionally since retiring with a 50-0 record after decimating Conor McGregor. Paul, meanwhile, is a YouTube content creator who has got in the ring twice to fight against fellow YouTuber KSI, once as […]

Floyd Mayweather is sharper now than the year he beat Conor McGregor, a sparring partner said

Floyd Mayweather appears to be sharper now than he was three years ago. In 2017, the American boxer defeated Conor McGregor in the 10th round of a boxing rules bout, before retiring, only to be seen in a ring again taking part in an exhibition in Japan. But the fighter […] 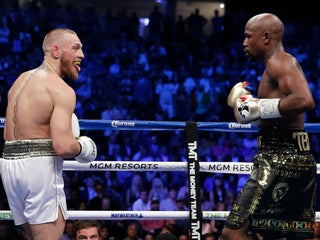 Floyd Mayweather’s right-hand man Leonard Ellerbe said the pair have received lucrative offers to return to the ring. Any such return, for now, would be in an exhibition format which means the bout would be more of a showcase – a glorified spar – and would not count on official […] 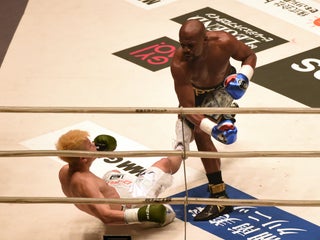 Floyd Mayweather says his new goal in boxing is to maximise the potential of young, black fighters

Floyd Mayweather said as a black American he’s “supporting my people first” when it comes to boxing. The retired five-weight world boxing champion is the founder of Mayweather Promotions and owner of the Mayweather Boxing Gym, both of which are in Las Vegas. Through his promotional vehicle and his training […] 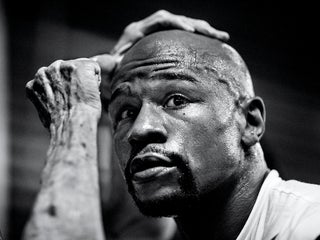 Floyd Mayweather says Manny Pacquiao will beat one of his boxing records, and the Filipino fighter says Floyd is jealous

Floyd Mayweather said Manny Pacquiao might break one of his boxing records. Mayweather has beaten 23 opponents who once held world champion status. Pacquiao, currently on 22, could match that tally should he win his next fight. Pacquiao said Mayweather is jealous. Visit Insider’s homepage for more stories. Floyd Mayweather […] 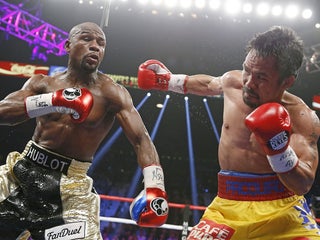 Manny Pacquiao’s greatest career regret is boxing Floyd Mayweather when he did. Pacquiao suffered a shoulder injury in the weeks before the 2015 bout, which was reported at the time, and it allegedly hampered his ability to fight from the third round onwards. He lost a clear, unanimous decision. The […] 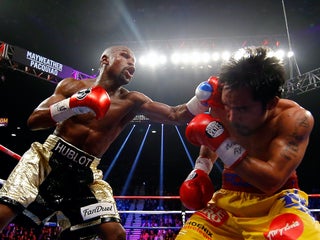 Floyd Mayweather’s new goal in life is to make $1 billion through property, doubling the money he made as a boxer, his right-hand man says

Floyd Mayweather made approximately $US1 billion through prize money in boxing. He now wants to make another billion dollars in a post-fighting career through real estate investments. “That’s his goal,” Leonard Ellerbe, the CEO of Mayweather Promotions, told Insider. Mayweather has since been linked with a return to the ring […] 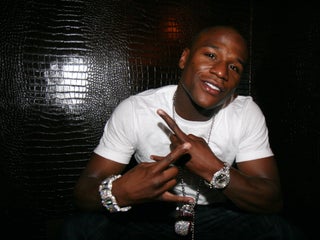 Floyd Mayweather’s recent videos in which he is seen hitting heavy bags and sparring, sparked rumours of a return to professional fighting. The former five-weight world champion’s uncle, Jeff Mayweather, said he would never return to fight against today’s elite welterweight boxers like Errol Spence Jr. and Terence Crawford. However, […] 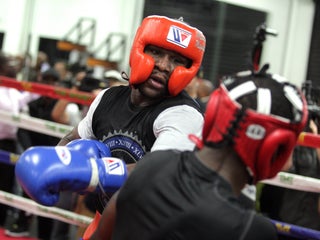 Floyd Mayweather could easily become boxing’s best trainer because he’s a ‘gym rat’ and it’s ‘all he does,’ Mike Tyson says

Floyd Mayweather posted Instagram videos this month in which he can be seen providing boxing instruction to young, inexperienced relatives. He said he has been inspired to train people how to fight in homage to his uncle Roger Mayweather, who recently died after long-running health complications. Mike Tyson said Mayweather […] 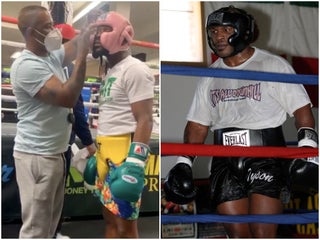 Iyanna Mayweather, 19, has reportedly been arrested on suspicion of “aggravated assault with a deadly weapon.” A 25-year-old woman was taken to hospital after apparently being stabbed at least twice. Her injuries have not been deemed life-threatening. Iyanna Mayweather is the teenage daughter of retired boxer Floyd Mayweather. Visit Insider’s […] 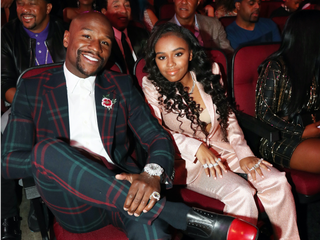 Floyd Mayweather waved stacks of cash in an Instagram Live video when talking about the coronavirus pandemic. He told the free agent footballer Antonio Brown that even with “this huge epidemic,” his investments are still paying off. Boxer Mayweather said: “Tough times don’t last. Tough people do.” Visit Insider’s homepage […] 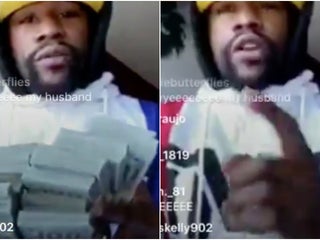 Saudi Arabia desperately wants to make Floyd Mayweather vs. Khabib Nurmagomedov happen and is reportedly making nine-figure offers, Yahoo Sports says. Nurmagomedov says it would be a “money” fight rather than a career or legacy-defining bout, like his upcoming battle against Tony Ferguson on April 18 in Brooklyn. Insider has […] 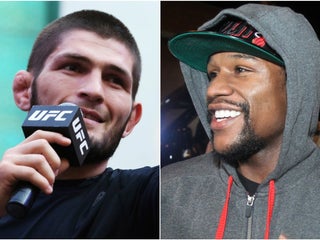 Khabib Nurmagomedov wants an 11-round boxing match with Floyd Mayweather, followed by a single round of MMA so he can ‘maul’ the American legend

Khabib Nurmagomedov wants to fight Floyd Mayweather … but there’s a catch. The unbeaten UFC lightweight champion challenged Mayweather to compete in a UFC Octagon. Nurmagomedov even said he would fight 11 rounds using boxing rules, providing the 12th round is fought under MMA rules. In that round, he would […] 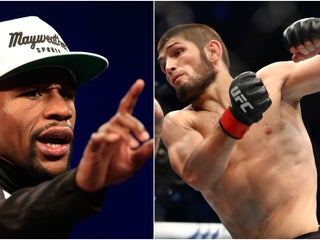 Floyd Mayweather made $500,000 for every punch he landed in the last decade, and he landed a lot of punches

Floyd Mayweather made $US500,000 for every punch he landed in the last decade, a boxing statistician has said. Forbes reports that Mayweather earned $US915 million for the 10 bouts he fought through the 2010s. Those bouts included wins over Miguel Cotto, Saul “Canelo” Alvarez, and Manny Pacquiao. Compubox operator Dan […]