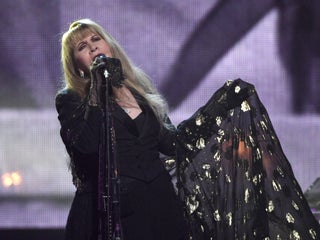 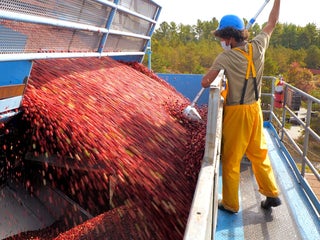 20 uplifting songs that will help relieve your stress

Between the coronavirus pandemic and the US presidential election, these are stressful times. Insider compiled a list of 20 uplifting and relaxing songs to help ease your election week nerves. Songs featured include Bill Withers’ “Lovely Day,” the Grateful Dead’s “Touch of Grey,” and “Raspberry Beret” by Prince. “Rumours” by […] 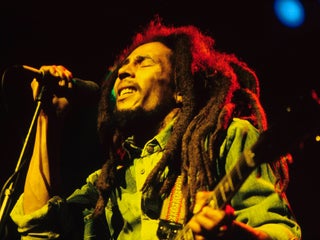 Stevie Nicks says that if she had not gotten an abortion, she’s ‘pretty sure there would have been no Fleetwood Mac’

Stevie Nicks told The Guardian that she thinks reproductive rights could be in jeopardy if President Donald Trump’s Supreme Court nominee Amy Coney Barrett is confirmed. Nicks emphasised the importance of abortion rights by referencing her personal experience with an abortion in 1979, two years after Fleetwood Mac released its […] 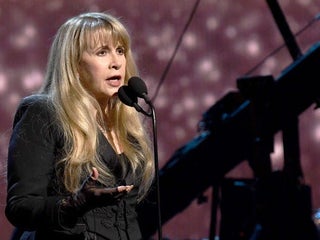 Fleetwood Mac songwriter and vocalist Steve Nicks made her TikTok debut on Wednesday by recreating a viral video featuring the band’s 1977 hit “Dreams.” The original video, which has racked up over 53 million views, features 37-year-old Nathan Apodaca longboarding to the song while drinking from a jug of Ocean […] 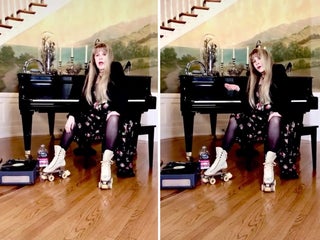 TikTok star Nathan Apodaca has sent a takedown request to Australian retailer Culture Kings for selling a shirt featuring his likeness. Apodaca shot to stardom with a TikTok video featuring him skateboarding while singing a Fleetwood Mac song. Merchandise is one of the major ways that online creators can make […]

Tik Tok star Nathan Apodaca’s video of skateboarding while drinking cranberry juice and listening to Fleetwood Mac’s “Dreams” went viral in September. Now, the cranberry juice company Ocean Spray is getting involved in the craze. Ocean Spray’s CEO recreated the meme on Tuesday. The company also surprised Apodaca with a […] 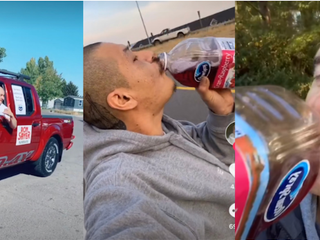 Mick Fleetwood, drummer and co-founder of legendary rock band Fleetwood Mac, recently joined TikTok to recreate a viral video. The original video by Nathan Apodaca (@420doggface208) shows him skateboarding on the highway, drinking a jug of cranberry juice, and lip-synching to Fleetwood Mac’s 1977 hit “Dreams.” The clip blew up […] 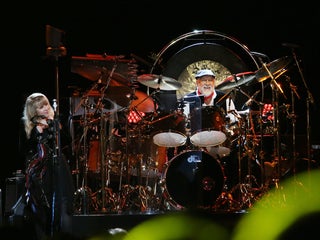 Goldman Sachs President David Solomon, who is an electronic dance music DJ in his spare time, released his first single in early June. Available on Spotify and Apple Music under Solomon’s DJ name, D-Sol, “Don’t Stop” is a remix of the popular Fleetwood Mac song. Goldman Sachs’ resident DJ may […] Police And Judges Still Can’t Find The Owner Of A Suitcase Stuffed With $702,000 In Cash

It's still a mystery.