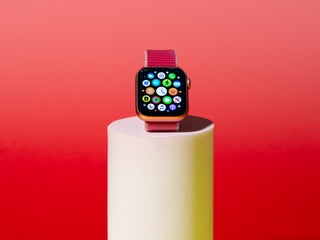 I’m a loyal Apple Watch user, but after switching to Fitbit, I found 3 things I liked better and 3 things I didn’t

Both the Apple Watch Series 5 and FitbitVersa 2 offer advantages and disadvantages. Although I’m typically an Apple Watch user, I recently switched to Fitbit’s Versa 2, which the company launched in August. I generally preferred the Versa 2’s longer battery life, sleep-tracking, and wider variety of supported workouts. But […] As part of Google, Fitbit could fix one of my biggest complaints about its smartwatches — and Apple should be worried

Google is acquiring Fitbit in a $US2.1 billion deal. That could give smartwatch maker Fitbit a key advantage in areas where it’s been lagging behind Apple. In addition to giving Fitbit more reach and resources for creating new products, Google’s position as the operator behind the world’s largest smartphone platform […] Fitbit’s new Versa 2 comes with a few useful features the AppleWatch still doesn’t have. These include an always-on display, multi-day battery life, and native sleep tracking. Visit Business Insider’s homepage for more stories. Apple and Fitbit are two of the largest smartwatch makers in the world by market share. […] Fitbit just launched a new version of its Versa smartwatch, and it could give the Apple Watch some serious competition

Fitbit just announced the Versa 2, a new version of its popular smartwatch that brings new features like AmazonAlexa support, an improved screen, and longer battery life. The watch launches on September 15 and will cost $US200. The new features could make Fitbit a more formidable rival to its biggest […]