The top finance stories for Aug. 10, including the latest on Wall Street's pay race and Citi's new hire from JPMorgan. 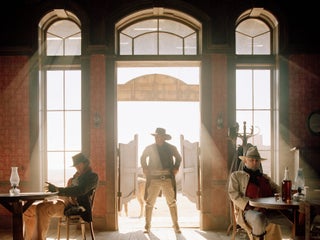 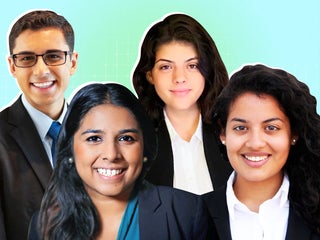 How fintech headhunters are turning into investors 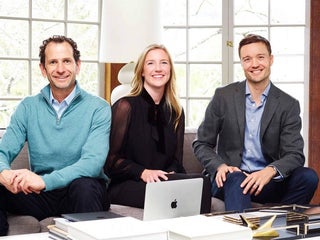 BBVA, Spain’s second-largest bank, and smaller rival Banco Sabadell have walked away from a planned merger after a price disagreement. The two lenders had confirmed a tie-up less than two weeks ago. Sabadell had been looking to merge with another Spanish bank for months. But BBVA said it’s in no […] 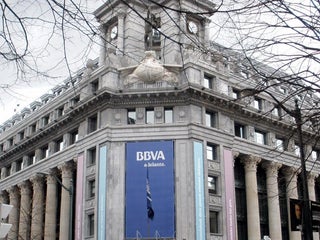 Making sense of the fractional trading craze; Goldman Sachs is hiring for an alts storefront; robo-advisers are in a tricky spot

Hello readers – Happy New Year! Fractional trading is something we’ll be hearing a lot about in 2020. After this fall’s broker wars, $US0 commissions for stocks and ETFs are pretty much a given, and fractional shares have emerged as the next battleground. Robinhood is planning to roll it out, […]

BoA saving billions on the cloud; the Kabbalah connection

Hi, folks. Friendly neighbourhood hedge-fund reporter Bradley Saacks here pinch-hitting for Olivia and Meredith. We here at Business Insider, like many other organisations, spend a lot of time thinking, reporting, and writing about who’s next – the next CEO of a major bank, the next big unicorn founder, the next […]

Hi readers, One of my favourite stories from the team this week was this tale by Dakin Campbell and Meghan Morris about the Lord & Taylor building in midtown Manhattan which has become a massive, $US850 million headache for WeWork. While the property was supposed to be the site of […]

Hi everyone, I’ll take a break from WeWork this week (although we do have a lot of good stories out this week including this bombshell) to focus on a new and growing area for us – the future of wealth management. Today, we published a big scoop that Bank of […]

Hi readers, How the mighty have fallen! WeWork, whose CEO Adam Neumann claimed he was going to be the first-ever trillionaire (and live forever), is now private jetless and walking shoeless around NYC’s Gramercy neighbourhood. In just a whirlwind couple of weeks, $US47 billion WeWork – once one of the […]

Meet Goldman Sachs’ top quant, Bankers in Portland, Alt data may not be a gold mine

Hi readers, This year’s IPO class has been a case of the haves – and the have-nots. This week, we saw the software companies Datadog and Ping Identity soar in their public-market debuts. Compare that with SmileDirectClub, the teeth-straightening company that was the first US IPO since the financial crisis […]

A hedge fund meltdown, a collapse for WeWork, and Goldman partner buyouts

Hello readers, This is Meredith filling in for Olivia. We had an action-filled week as we dug into two meltdowns: one that took place on the public markets, and another that could cast a chill over unicorns that are still grazing on heaps of private funding. August was not a […]

Inside $50 billion hedge fund D.E. Shaw ahead of a key deadline; A chat with Industrious’ CEO

Hi everyone! I can’t believe it is Labour Day weekend already. While this week was relatively quiet in New York with so many people on vacation, the finance team still had a number of important stories (and many more coming next week!). We took you inside the talent war brewing […]

Hi, readers. I’ll keep things short this week, since we’re reaching peak vacation season and finance news is probably not top of mind right now. This week we had a really fun wealth-management story, in which we asked a handful of top wealth advisers about the most out-there requests they […]

Hey, everyone. Love it or hate it, WeWork was no doubt the story of the week. The $US47 billion coworking company filed to go public Wednesday, providing the first in-depth look at its financials and starting the countdown to one of the most highly anticipated – and possibly most scrutinised […]

The most powerful people at JPMorgan; Coworking spaces could see a shakeout

Dear readers, We’re finally getting into the dog days of August, but things are in full swing at the Business Insider newsroom. In one of the wildest stories of the week, a bank in Denmark is offering borrowers the chance to take out mortgages at a negative interest rate, effectively […] Dear readers, Happy Saturday! In a blockbuster $US27 billion deal that’s certain to threaten Bloomberg’s financial-data empire, the London Stock Exchange struck an agreement this week to buy the data company Refinitiv. The tie-up highlights trading venues’ desire to move beyond low-margin trading and clearing into the more lucrative business […] Here’s who is most exposed to WeWork; Inside the growth plans at Fleming’s Rockefeller Capital

Dear Readers, I’m back on the newsletter this week – thanks to my deputy Meredith for subbing in! We’re hot on the trail of WeWork, the high-flying, but money-losing, $US47 billion coworking company expected to IPO this fall. It’s known for its well-designed office space, which it leases itself and […] Inside the drama in Goldman Sachs’ private-investing unit; KKR turns to data for an edge

Dear Readers, We had a slew of stories this week that showcased our deep reporting on big banks – we’re not just following the news as it breaks, we’re also finding out what’s going on in key departments, who is calling the shots, and even what life is like on […] Dear Readers, I’m Meredith, the new finance editor at Business Insider, and I’m subbing in for Olivia this week. This was my first week on the job, and what a busy week it was! The ax that was hanging over Deutsche Bank finally fell. On Sunday, the bank said it […] The inside story of how JPMorgan’s Finn fell apart; How to buy hedge funds’ secret sauce