“Final Fantasy VII Remake” is due out for PlayStation 4 on March 3, 2020, and Square Enix just dropped a new trailer at the Tokyo Game Show. The new footage shows off the game’s villains: the president of the nefarious Shinra Company, and the Turks, Shinra’s suit-wearing enforcers. “Final Fantasy […] 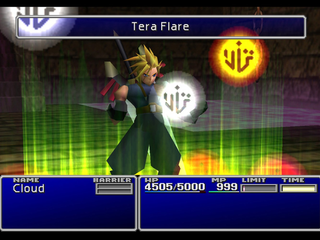 After over 20 years, the fan-favourite Japanese role-playing game “Final Fantasy VII” is getting a huge remake for the PlayStation 4. The game is scheduled to arrive in early 2020, and hype is reaching a fever pitch. The new game was playable for the first time at this year’s major […] Sony held its second “State of Play” event on Thursday, where it revealed or detailed a variety of upcoming PlayStation 4 games. A major remake of the classic Japanese role-playing game “Final Fantasy VII” was shown off for the first time in years, with the tagline: “The return draws closer.” […]

“Final Fantasy VII Remake” just got its first trailer in more than three years during Sony’s State of Play presentation. Square Enix is recreating the 1997 classic “Final Fantasy VII” from the ground up, with brand-new visuals and a completely different style of gameplay. Twitter user @Haidox3D put together a […]