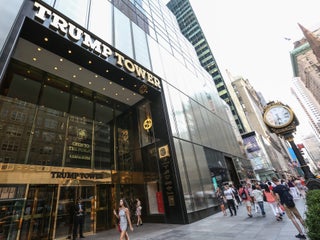 Ugg opened a nearly 13,000 square foot Fifth Avenue store in November. The brand is seeing a resurgence as loungewear and slipper sales increase. Ugg plans to open more stores in 2021. Visit Business Insider’s homepage for more stories. Uggs are officially back in style, according to The New York […] 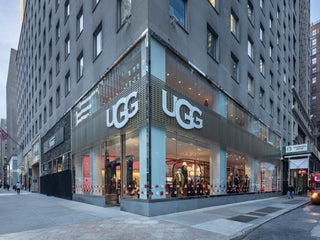 A man splashed red paint over the Black Lives Matter mural in front of Trump Tower, and workers cleaned it up within hours

A man was captured on video splashing red paint over the Black Lives Matter mural in front of Trump Tower on New York City’s Fifth Avenue. The man is seen on video wearing dark clothing and a face mask, and running away after dumping the paint. On Monday evening, Mayor […] 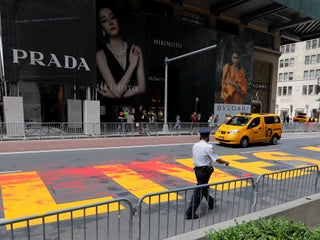 President Donald Trump called a Black Lives Matter mural set to be painted on Fifth Avenue outside Trump Tower “a symbol of hate.” The president also slammed New York City Mayor Bill de Blasio’s decision to reallocate $US1 billion of the police department’s annual operating budget to the Department of […] 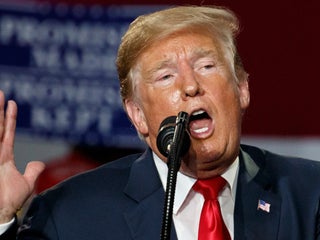 Valentino filed a lawsuit against its landlord on Sunday seeking to terminate a 15-year lease on its Fifth Avenue store. In the court filing, Valentino said that it was “impossible” to operate its business at the four-story location in the wake of the coronavirus pandemic. “Even in a post-pandemic New […] 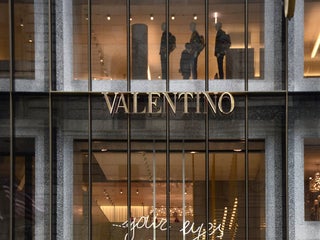 I stayed at New York City’s top-rated hotel, which charges up to $35,000 per night and has an iconic cocktail bar that was featured in ‘Gossip Girl.’ Here’s what it was like.

The St. Regis New York is the best hotel in New York City, according to US News & World Report. It takes the top spot thanks to its “high level of customer service” and “perfect combination of old-world glamour and modern conveniences.” Nightly rates start at about $US650 and can […] Take a look inside Apple’s completely redesigned Fifth Ave store in NYC, which is now the largest in the world

Apple’s iconic Fifth Avenue store will officially reopen on September 20 as the largest Apple store in the world. When the store opens, customers can buy any of 3 new phones, including the $US700 iPhone 11 or $US1,100 iPhone 11 Pro. The store will be open 24 hours a day […] A steam pipe exploded at Fifth Avenue and 21st Street in New York City at about 6:40 a.m. ET on Thursday. The incident prompted the evacuation of 28 buildings and warnings of possible asbestos. Authorities are asking people to stay away from the affected area. Five minor injuries have been […]

Disney CEO Bob Iger has sold his palatial New York apartment for $18.75 million — have a look inside

Disney CEO Bob Iger sold his palatial New York apartment on the Upper East Side earlier this week, according to Curbed NY. Located in a co-op building that overlooks Central Park, the gorgeous home sold for $US18.75 million, just under his asking price of $US19 million. Here’s what it’s like […]