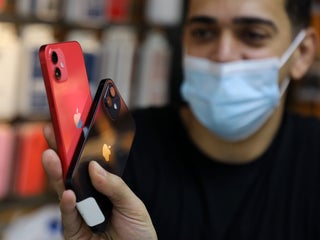 Tesla competitor Nikola Corp. has seen its shares surge since debuting as a public company last week. The rise in Nikola has sent its market valuation to $US31 billion in Wednesday morning trades, higher than car giants Ford and Fiat Chrysler. Nikola Motor Corp. has yet to sell a single […] 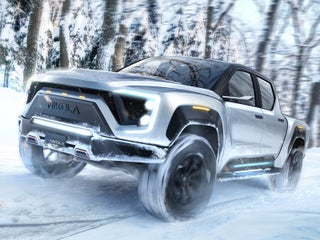 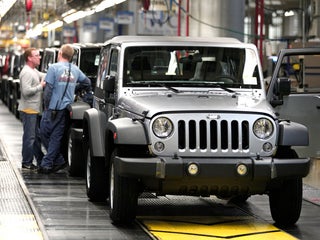 Tesla is now the highest-valued automaker in US history

Tesla’s recent rally pushed its market value to nearly $US85 billion at Tuesday’s close, making it the most valuable US automaker of all time. Ford previously held the record, having been valued at $US80.81 billion in 1999. Tesla is still smaller than some non-US auto companies. At Tuesday’s close, Japan’s […] Fiat-Chrysler and PSA, announced on Wednesday that the two auto giants will merge, creating the fourth-largest automaker in the world. The combined company will have combined revenues of €170 billion ($US189 billion), and be worth about €41.4 billion ($US46 billion). Peugeot stock rose 4.2% in morning trading in Europe, while […] Elon Musk has been an excellent salesman for Tesla’s Model 3, according to a survey of 5,000 owners

Tesla CEOElon Musk has been an effective salesman for the electric-car maker’s Model 3 sedan, according to a Bloomberg survey of 5,000 Model 3 owners. Around 55% of respondents said Musk had an impact on their decision to buy the Model 3, and 88% of respondents said they had a […] How politics, miscommunication, and ‘betrayal’ of Nissan crashed Fiat Chrysler’s deal with Renault

Fiat Chrysler’s proposed merger with Renault, which promised to create the world’s third-biggest car company, collapsed on Thursday. The deal fell apart due to the French government’s fears that Japanese automaker Nissan, a longtime partner of Renault, wasn’t on board and could undermine the tie-up in the future, according to […] Renault shares plunged 8% on Thursday morning after Fiat Chrysler pulled its offer for the French carmaker. French government officials on Renault’s board postponed making a decision on Wednesday. Renault wanted more time to secure the support of long-time rival Nissan. “It has become clear that the political conditions in […] Fiat Chrysler has proposed a €32.6 billion, or $US36.5 billion, all-share merger with its fellow automaker Renault. Such a deal would create the world’s third-largest car manufacturer, behind Volkswagen and Toyota. The merger would represent a major shift for the auto industry and spark plans to boost electric-vehicle production. Fiat […] The median Tesla employee made $US56,163 in 2018, the electric-car maker said in a proxy statement. That’s 81% more than the median American, according to the Federal Reserve Bank of St. Louis. In 2016, the last year for which data is available, the median American made $US31,099. Visit Business Insider’s […] French carmaker Renault is keen to restart its merger plans with Nissan, then buy another firm, the Financial Times reported. Fiat-Chrysler is “among the preferred targets.” Renault and Japanese automaker Nissan already have an alliance alongside Mitsubishi. A merger was a long standing plan of embattled former CEO Carlos Ghosn. […] America’s love for SUVs caught US carmakers off guard. Now, overcapacity is looking eerily similar to the era before the auto bailout

Overcapacity is challenging the US automotive industry during what should be a boom time for carmakers. Despite low fuel prices and low unemployment, the auto industry is laying off workers and closing factories. Carmakers failed to notice the move by customers away from sedans towards SUVs, meaning the industry is […] Fiat Chrysler shares dove more than 10% after company cut guidance on 2018 financial results. The auto giant said it expected net revenues of between €115 billion and €118 billion in 2018, down from the previous forecast of €125 billion. Shares were briefly halted because of the size of the […] Fiat workers set to strike over Italian soccer club Juventus’ purchase of star forward Cristiano Ronaldo. Around 30% of Fiat is owned by the Agnelli family, which also owns Juventus. “The owners should invest in car models that guarantee the future of thousands of people rather than enriching only one,” […] Stocks of major automakers sank on Wednesday following a retaliatory response by China that would impose the equivalent of $US50 billion worth of tariffs on US products, including automobiles. The move follows the US government’s release of an initial list of Chinese products that would be subject to roughly $US50 […] Some Fiat Chrysler customers reported that their UConnect infotainment systems were rebooting every 45-60 seconds after a software update. UConnect’s customer support Twitter account said the problem was related to SiriusXM Travel Link services and added that they would be temporarily shut down in the next 48 hours. Customers expressed […] Short selling is becoming less common — but the investors involved...

How TV and movie zombies have evolved from the mindless undead...

Meet a single mom who transformed her life through a guaranteed...

Meet the typical Gen Zer, who is quitting their job, has...