Fannie Mae and Freddie Mac are required by law to pay $1 million per home in some areas. Like everyone in this housing market, Uncle Sam is paying up. 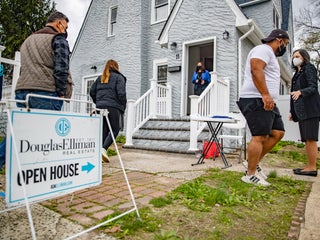 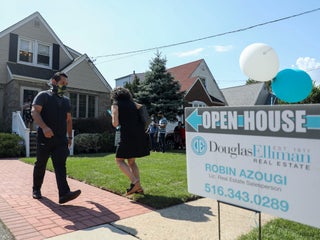 What’s the difference between mortgage forbearance and deferment? It comes down to interest and repayment methods

During the coronavirus pandemic, many lenders are offering either mortgage forbearance or deferment, which are both types of relief that allow you to pause or reduce monthly payments. Interest always accrues while payments are in forbearance, and interest sometimes keeps building with deferment. Forbearance typically requires you to repay the […] 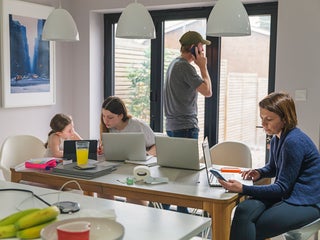 The Federal Housing Finance Agency (FHFA) has introduced a new deferral repayment option for people with mortgages backed by Fannie Mae and Freddie Mac. If you pause mortgage payments due to the coronavirus, you can request to repay in one lump sum at the end of your loan term. You’ll […] 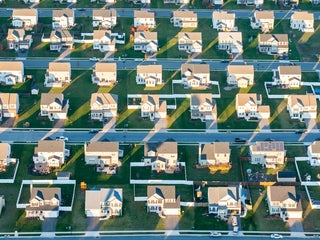 JPMorgan Reaches A $US5.1 Billion Settlement With The FHFA Over Mortgage Claims

The Federal Housing Finance Agency (FHFA) has announced a $US5.1 billion settlement with JPMorgan Chase over mortgage claims from the financial crisis. This is less than was previously expected. It was reported that the bank may have to pay $US6 billion. From the press release [.PDF]: Washington, DC — The […] Six investigations from the Department of Justice alone. GARTMAN: The Federal Housing Administration Is Turning Homeowners Into Squatters

The absurdity of this fiscal cliff debate ignores vital questions. Does the federal government allocate resources well, or poorly?  Does the private market do it better, or worse?  And what should be the balance between the two?  With what degree of regulation by the government?  These are profound questions about […] Get Ready For The Government To Eat Billions In Load Modifications

This man is Ed DeMarco. [credit provider=”FHFA” url=”http://www.fhfa.gov/Default.aspx?Page=67″] Yesterday Federal Housing Finance Agency head Ed DeMarco rejected a program that would allow principal reduction for underwater homeowners. The program would have been backed by a Treasury subsidy for every dollar of loan reduction. In a letter to the Senate, Federal Housing and Finance Agency (FHFA) acting director Edward DeMarco announced that the agency will not forgive principals for underwater borrowers under the Home Affordable Modification Program- Principle Reduction Alternative (HAMP-PRA). The Best And Worst Places To Work In The Federal Government

After relative immunity to job cuts through the recession, federal employees are finally feeling the pain. It’s All Over People, Lehman To Settle MBS Suit For Half A Cent On The Dollar [credit provider=”AP Photo/Susan Walsh”] President Barack Obama will trumpet the new mortgage refinance rules announced today by the Federal Housing Finance Agency — but his administration admits it has no idea how many people they will help.The new rules eliminate the loan-to-value ceiling under the Home Affordable Refinance Program allowing more underwater […]