I went to TGI Fridays for the first time in years and I was pretty impressed by its menu, including its delicious new Beyond Meat vegan burger

I ordered TGI Fridays' new To Vegan and Beyond Burger, which came with a Beyond Meat patty and vegan applewood cheese. 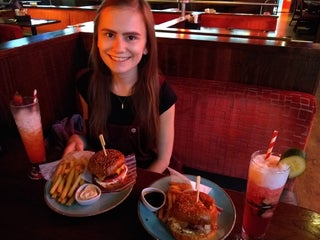 Panera Bread unveiled an overhauled design for all its new stores. They’re 20% smaller than current cafes, and all have exposed ovens so you can watch the bread baking. 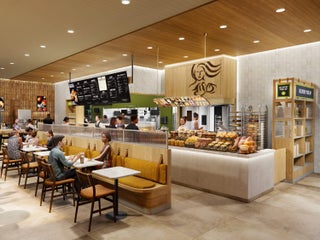 Restaurant chain Noodles and Company has doubled its digital sales in a year. Two of the company’s executives explain how they did it.

Noodles and Company doesn't offer drive-thru. Instead, it massively ramped up its order-in-advance options during the pandemic. 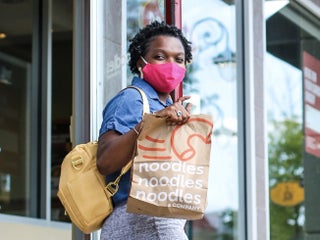 I tried the Miley Cyrus burrito Chipotle just added to its menu, and it was the best thing I’ve ever eaten at the chain restaurant

Chipotle added a new burrito to its menu last week: Miley Cyrus’ go-to order. After a series of TikTok comment exchanges, the chain created a “Guac is extra but so is Miley” burrito – the name was a suggestion from the singer herself. I tried the burrito, which cost me […] 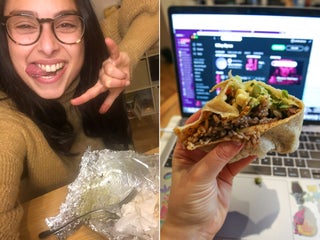 I ate at Lemonade, the fast-casual chain that’s taken over California, and saw why fans love it

The fast-casual competition is heating up, even as diners’ demands become harder to meet. The rise of mobile ordering has forced fast-casual restaurants to improve their to-go game while still delivering the tasty, healthy, high-quality, environmentally conscious food that their customers want. Lemonade is one such promising fast-casual chain. Based […] I tried the keto bowls from both Chipotle and Qdoba, and they left me majorly disappointed

The keto diet is all the rage these days, but it can be hard to find keto-friendly meals when eating out. Chipotle and Qdoba both released keto-friendly versions of their signature bowls this year to chase that burgeoning taste. I tried both, and while Chipotle’s keto bowl was better than […] IHOP just released the Big IHOP Pancake, a burger with a cheddar pancake in the middle. The pancake-burger hybrid is a controversial concept, but one we were impressed with during our sampling of the Mc10:35 am during our McDonald’s secret menu taste test. We tried IHOP’s pancake burger, and we […] Chipotle is adding bacon to the menu, and it reveals how drastically the chain has had to change in the wake of its E. coli scandal

Chipotle is adding bacon to the menu in eight restaurants, with plans for a national rollout if the test goes well. Bacon is just one of a number of new menu tests and deals that would have been unthinkable at Chipotle until recently. Chipotle is undergoing a period of intense […] Leo Kremer and his brother Oliver founded Dos Toros in 2009. The chain has 13 restaurants in NYC and just began expanding in Chicago, with its eye on more cities. On Sixth Avenue in New York City, one of Manhattan’s busiest thoroughfares, there’s a small burrito restaurant just down the […]