Ben Stiller is not joining the next ‘Fast and Furious’ movie, despite reports

A Universal Pictures’ representative tells Insider Ben Stiller will not be in “F9,” the next “Fast and Furious” movie. Page Six reported the “Zoolander” actor was set to film scenes for the film. After Insider’s report, Stiller shared on Twitter he will not be in the movie. The sequel will […] 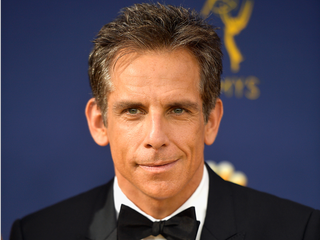 Universal Pictures released the full trailer for “Fast 9” on Friday. Is Han really alive and why are we just learning about Dom’s little brother? Insider breaks down some of the biggest questions you may have after watching the nearly four-minute long trailer. Visit Insider’s homepage for more stories. The […]

Universal Pictures released the full trailer for “Fast & Furious 9” on Friday at a big concert party in Miami, Florida. The very end of the trailer teases the return of Han Seoul-Oh, who died at the end of the series’ third film, “Tokyo Drift.” Fans are floored and excitedly […] The first teaser trailer for “Fast & Furious 9” shows Dominic Toretto (Vin Diesel) bonding with his son. It looks like we’re picking up a few years after the last film as little Brian is now talking and walking. Brian was named after Dom’s best friend who was played by […]