Michael B. Jordan has worn memorable looks on many red carpets, pushing menswear forward. He’s worn some of his best looks to the Met Galas. Jordan loves knee-length jackets and eye-catching patterns. Visit Insider’s homepage for more stories. Michael B. Jordan is known for his powerhouse roles in “Black Panther” […] 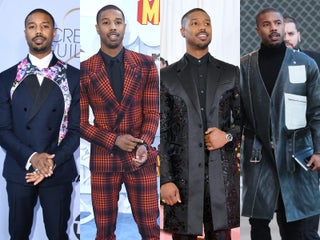 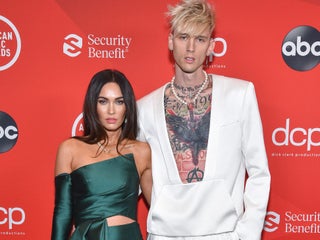 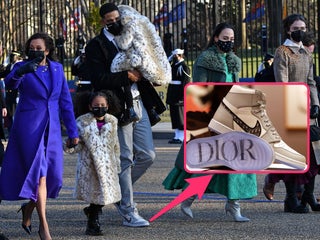 British supermodel Stella Tennant died on Tuesday at the age of 50. Her family announced Tennant’s death in a statement to The Guardian on Wednesday. Tennant emerged as a top model in the 1990s and her career spanned nearly three decades. Karl Lagerfeld named Tennant the face of Chanel in […] 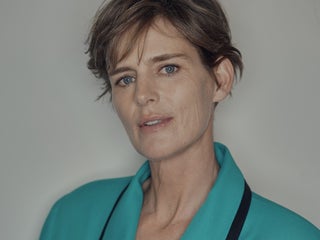 Zara is selling a $30 ‘turtleneck scarf,’ and people are sharing mixed reactions to the design

Zara is selling a $US29.90 “turtleneck scarf with long balloon sleeves.” Twitter users have shared puzzled reactions to the piece of clothing, which is meant to be worn as a layer on top of another shirt. Since an initial tweet about the turtleneck scarf with sleeves was posted by user […] 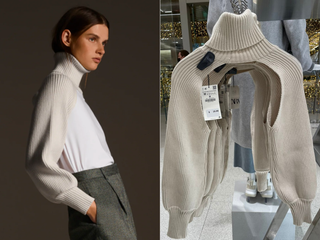 Incoming Democratic Rep. Cori Bush of Missouri has taken to Twitter to open up about what she describes as the “expensive” reality of dressing the part to serve on Capitol Hill. Bush tweeted on Tuesday that she’s building her congressional wardrobe using thrifted clothes, which inspired other lawmakers to share […] 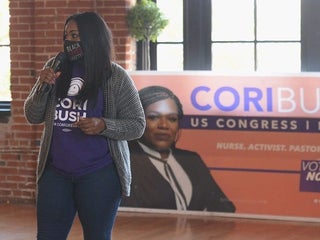 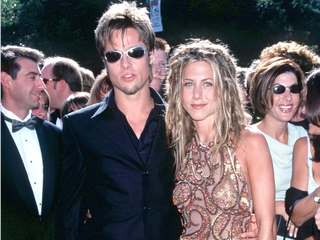 Adidas Originals and the LEGO group partnered to launch a new sneaker design. The ZX 8000 sneakers can be purchased for $US130 on the Adidas website starting Friday. With LEGO brick-inspired colours and geometric design elements, the shoes pay homage to the popular toys. The sneaker has six different-coloured shoelace […] 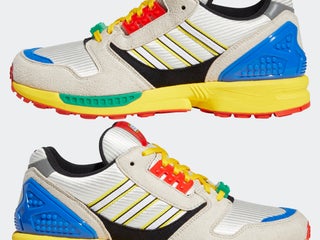 As Election Day nears, designers are taking a literal approach to inspiring Americans to be civically engaged: by plastering “VOTE” on their clothes and accessories. “Vote”-centric styles have nearly broken the internet as of lately, such as a charm necklace worn by Michelle Obama in August at the Democratic National […] 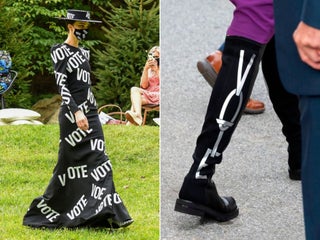 Jackie Kennedy was one of the most influential fashion icons of her era. She popularised some of the most recognisable trends of the ’60s and ’70s, including pillbox hats, tailored coats, and strapless gowns. Hamish Bowles, the European editor-at-large for Vogue, said that she set the standard for how “an […] 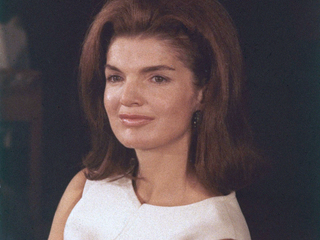 Two Italian designers are turning items like cereal boxes and Amazon packaging into purses, and the results are couture-worthy

Chiara Rivituso and Matteo Bastiani are Milan-based designers who turn food packaging and shipping materials into purses. Rivituso and Bastiani share their upcycled creations on their Instagram account, Camera60 Studio. “We want to inspire people to create rather than waste,” Rivituso told Insider. Striking photos of the designers’ handbags show […] 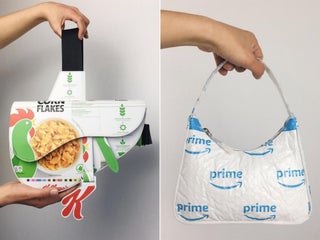 Cardi B arrived at Paris Fashion Week wearing a sheer catsuit and a skull ski mask. The rapper paired the see-through ensemble with a black bra and underwear and an oversized Adrienne Landau faux-fur coat. Cardi B wore a sparkling ski mask that took 36 hours to make before changing […] The next decade of style will be all about being out-of-the-box, whether that entails breaking gender norms or incorporating technology into your outfit. Insider spoke with fashion experts across the industry to determine the biggest fashion trends that will dominate the next decade. Many trends will be reminiscent of the […]

Miss America 2020 was held at the Mohegan Sun Arena in Uncasville, Connecticut, on Thursday. Many of the candidates made a statement with their pageant attire, which included a mix of gowns and more casual looks. From Miss Virginia’s mermaid-style dress to Miss South Carolina’s “Stronger” T-shirt, here are the […] Gabrielle Union launched a size-inclusive collection with New York & Company’s Fashion To Figure, which offers garments for women who wear sizes 12 to 24. At a panel for the launch in New York on Monday, Union discussed inclusivity in fashion. Union argued that it’s not enough for companies to […] Kendall Jenner wore 2019’s biggest trends in one outfit, and her tiny purse is the best part

Kendall Jenner has never shied away from wearing popular trends on and off the red carpet. On Thursday, the model was pictured wearing tiny sunglasses, leather pants, and chunky “dad” sneakers – all of which were big fashion trends in 2019. Jenner topped off her outfit with a mini Louis […] During her “Saturday Night Live” monologue, Jennifer Lopez surprised the audience when she appeared in an updated version of her iconic green Versace dress. Lopez wore the dress at the 2000 Grammys, then again in 2001 when she first hosted “SNL.” The multihyphenate star also wore the updated version to […] Shailene Woodley wore a puffer-coat gown to the 2019 Fashion Awards at the Royal Albert Hall in London, UK, on Monday. The “Big Little Lies” actress paired her dress with a matching hooded jacket, both from European outerwear brand Moncler. Woodley’s outfit choice was a smart one. The temperature in […]

Forever 21 has come under fire for selling biker shorts emblazoned with the words “fake news.” The store’s decision to sell the shorts has angered many, especially journalists who feel as though the term is a direct attack on them. Still, the shorts sold out online and have been celebrated […]