I’m a vegan who spent a week cooking with fake meat and fish. Here’s what I made with 7 plant-based alternatives and how I rated them.

Alternatives to meat, fish, and cheese have come a long way since I turned vegan, when falafel and spicy bean were the only burger options. 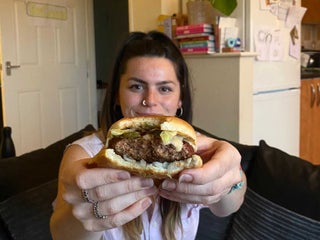 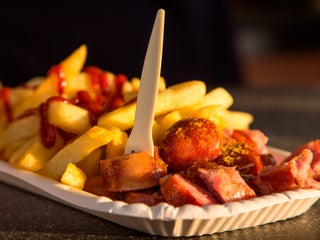 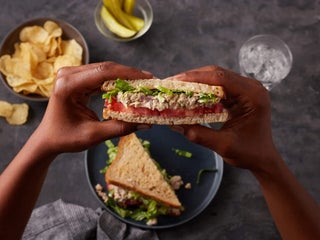 The El Segundo, California-based company reported revenue of $108.2 million versus the $113.18 million anticipated by analysts. 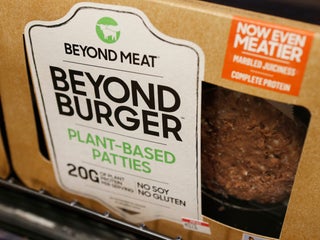 How David Yeung, the man who wants to turn Asia vegan, raised $70 million in funding and launched the Whole Foods of plant-based supermarkets

"We are fundamentally shifting something that is very dear to people," said Yeung. "Who doesn't love food? We are disrupting how people live." 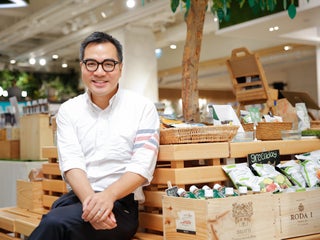 Beginning this week, the Los Angeles-based company will sell its Beyond Sausage Hot Italian in more than 400 Walmart stores across the US. 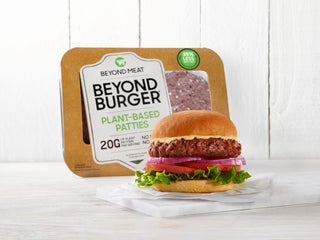 The UK’s first fully-vegan butcher is about to open, selling meat-free pastrami, ‘lobstah’ salad, and soya burgers. Take a look inside.

The UK’s first vegan butcher is opening on Sunday to mark World Vegan Day. Rudy’s, in Islington, London, will sell meat-free versions of traditional butcher products, including pulled pork, pepperoni, and even the components of a Full English breakfast. The UK’s meat-free market is booming – even though just 1% […] 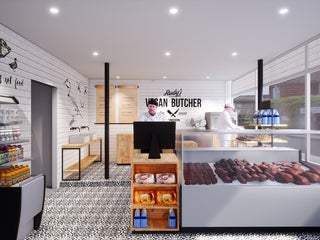 Del Taco seems to be selling fewer tacos and burritos containing Beyond Meat’s plant-based beef, months after trumpeting the product’s “unique appeal” and the “incredible future opportunity” it presented. The fake meat has made up about 4% of the Mexican-American fast-food chain’s sales this quarter, down from 6% in the […] Russian cosmonauts on the International Space Station just printed meat in space for the first time. On September 25, the Israeli food-tech startup Aleph Farms loaded a spacecraft with vials of cow cells. When the cells arrived at the space station, cosmonauts fed them into a 3D printer, which produced […] We tried the Dunkin’ Beyond Meat breakfast sandwich, and it was shockingly close to the real thing Taco Bell is not planning to add plant-based meat to its menu, an executive told CNBC. Shares of Beyond Meat were down by as much as 2% following the news. The fast-food restaurant will instead focus on its existing vegetarian options. Watch Beyond Meat trade live. Taco Bell is saying […] Impossible Foods, the Silicon Valley startup that makes a veggie burger that tastes like the real thing, is getting ready to roll out the Impossible Whopper nationwide. To do it, the company has had to significantly change the recipe for its “bleeding” Impossible Burger. One of the new ingredients is […] Beyond Meat, which filed for an initial public offering on the Nasdaq this week, found that 93% of Kroger customers who bought its Beyond Burger also purchased animal protein. Burger King’s plant-based Impossible Whopper hasn’t eaten into sales of Whopper beef burgers. “We’re not seeing guests swap the original Whopper […] Fake meat may be the sustainable solution to the food industry

Companies are creating “fake meat” to help dial back on meat consumption. Increased fake meat sales can be traced to flexitarians, people who seek protein alternatives. In the US, about 6% of people consider themselves vegan. Sustainability is another reason for alternative meat’s popularity. Agriculture accounts for about a third […] A handful of recent stories cite potential red flags about the safety of the Impossible Burger, a vegetarian patty made by Silicon Valley startup Impossible Foods, which has backing from Bill Gates. At the heart of the issue appears to be the company’s use of both genetically modified ingredients and […] For the past four years, the vegan-food startup Hampton Creek had yet to crack the eggless egg. But on Thursday, the company announced it was rolling out its first scrambled “egg” product, Just Scramble, in several restaurants in San Francisco starting with Flore, a café in the city’s Castro district. […] While millennials are killing countless food products, Generation Z is creating a $5 billion market for fake meat and seafood

Generation Z is embracing a food trend that...