BRUCE BERKOWITZ: People are going to call this ‘The Big Lie’ [credit provider=”youtube.com” url=”http://www.youtube.com/watch?v=o8Peyy2WcCM”] Fairholme Capital Management’s Bruce Berkowitz — who has been betting heavily on the financials during last couple of years — has dumped his entire stakes in Citigroup and China Pacific Insurance, Bloomberg TV’s Dominic Chu reported. The famed money manager, who had ~5.2 million shares in Citi and […] [credit provider=”YouTube” url=”http://www.youtube.com/watch?v=o8Peyy2WcCM”] Fairholme Capital Management’s Bruce Berkowtiz still likes Bank of America even though the stock hammered his fund’s returns in 2011.The fund manager recently released a so-called “case study” on the Charlotte, North Carolina-based bank as to why it’s a good investment. [via ValueWalk] [credit provider=”BloombergTV screenshot”] Fairholme Capital Management’s Bruce Berkowitz told Bloomberg TV’s Dominic Chu that he still really likes Bank of America even though the stock crushed his fund last year.”In the banking, I feel most comfortable with Bank of America.  I like what Brian Moynihan is doing.  I like the […] [credit provider=”youtube.com” url=”http://www.youtube.com/watch?v=o8Peyy2WcCM”] Fairholme Capital’s Bruce Berkowitz has been hit with a massive wave of redemptions and losses from his bullish bets on financials.The fund’s total AUM has declined to under $10 billion from $23 billion, Jacob Wolinsky from ValueWalk reported.

Bruce Berkowitz’s Loss Aversion, And The Remarkable Portfolio Concentration Of The Fairholme Fund

The “FLNG” function of Bloomberg is one of my many favourites – you can quickly view hedge fund’s 13-F filings and sort by new purchases, sales, etc.  This morning I was looking at Berkowitz’s Fairholme Fund (FAIRX) and was taken aback by the concentration in the portfolio.

[credit provider=”YouTube” url=”http://www.youtube.com/watch?v=o8Peyy2WcCM”] Fairholme Capital’s Bruce Berkowitz got hit with a big wave of redemptions last quarter.Through the end of September, investors have pulled nearly $4.7 billion in redemptions from Fairholme, according to BusinessWeek, which says:

Brian Moynihan: People Who Think We’re In Trouble – I’ll See You In Court If That’s What It Takes

Brian Moynihan just spent 90 minutes on a conference call with Fairholme Capital and Bruce Berkowitz willingly submitting himself to a grilling by those sceptical that the bank can bounce back from failed attempts to settle mortgage set-backs, regulatory issues, and perceived dwindling capital. [credit provider=”Brown Daily Herald” url=”http://www.browndailyherald.com/bank-ceo-moynihan-81-started-on-rugby-field-1.2146334″] Brian Moynihan’s plans to appear on a conference call Wednesday with Fairholme Capital and Bruce Berkowitz are being called “unusual” and “eyebrow-raising.”All the more reason to listen in. UPDATE: Here’s what happened on the call. Bruce Berkowitz Is Under Investigation By The SEC Bruce Berkowitz Loses Big On AIG And Admits To His Investors: I Was Wrong

[credit provider=”youtube.com” url=”http://www.youtube.com/watch?v=o8Peyy2WcCM”] This morning Bruce Berkowitz made an admission to his investors: I was wrong about AIG.Berkowitz’s Fairholme Fund has a massive stake in the insurer and the share price has been tumbling.

Bruce Berkowitz launched Fairholme in 1999. It earned him the title of “Stock Manager of the Decade” from Morningstar and is now a $19 Billion mutual fund. Berkowitz’s Fairholme Fund managed to return 1.02% per month since September 2000. This compounds to an average annual return of 12.9% for the past […] 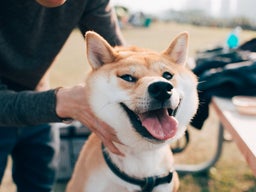 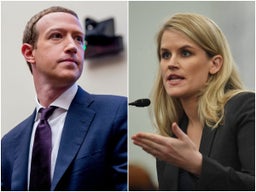