Home bakers don’t always get cookies right. It’s easy to mess up macarons, classic cookies, and more. From burnt crisps to monstrously oversized cookies, here’s what can go wrong. Visit Insider’s homepage for more stories. Cookies seem like a tried and true baked good for even amateur home bakers to […] 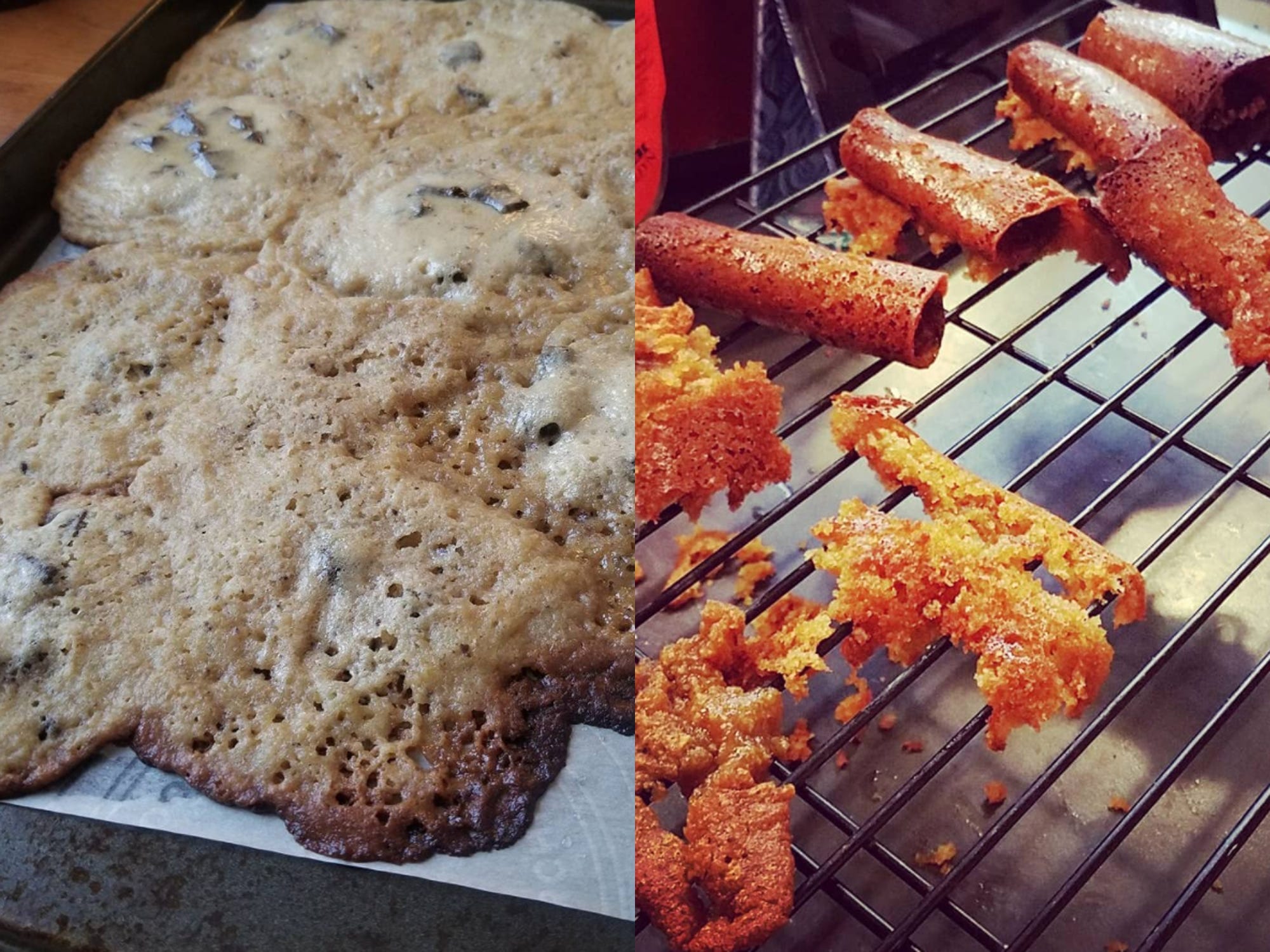 Insider’s Recipe For Success column explores what happens to different sweet and savoury foods when home cooks make common mistakes in the kitchen. I’ve made 10 different dishes in multiple ways to see what can go wrong, and what mistakes actually make even more delicious versions of the original recipe. […] 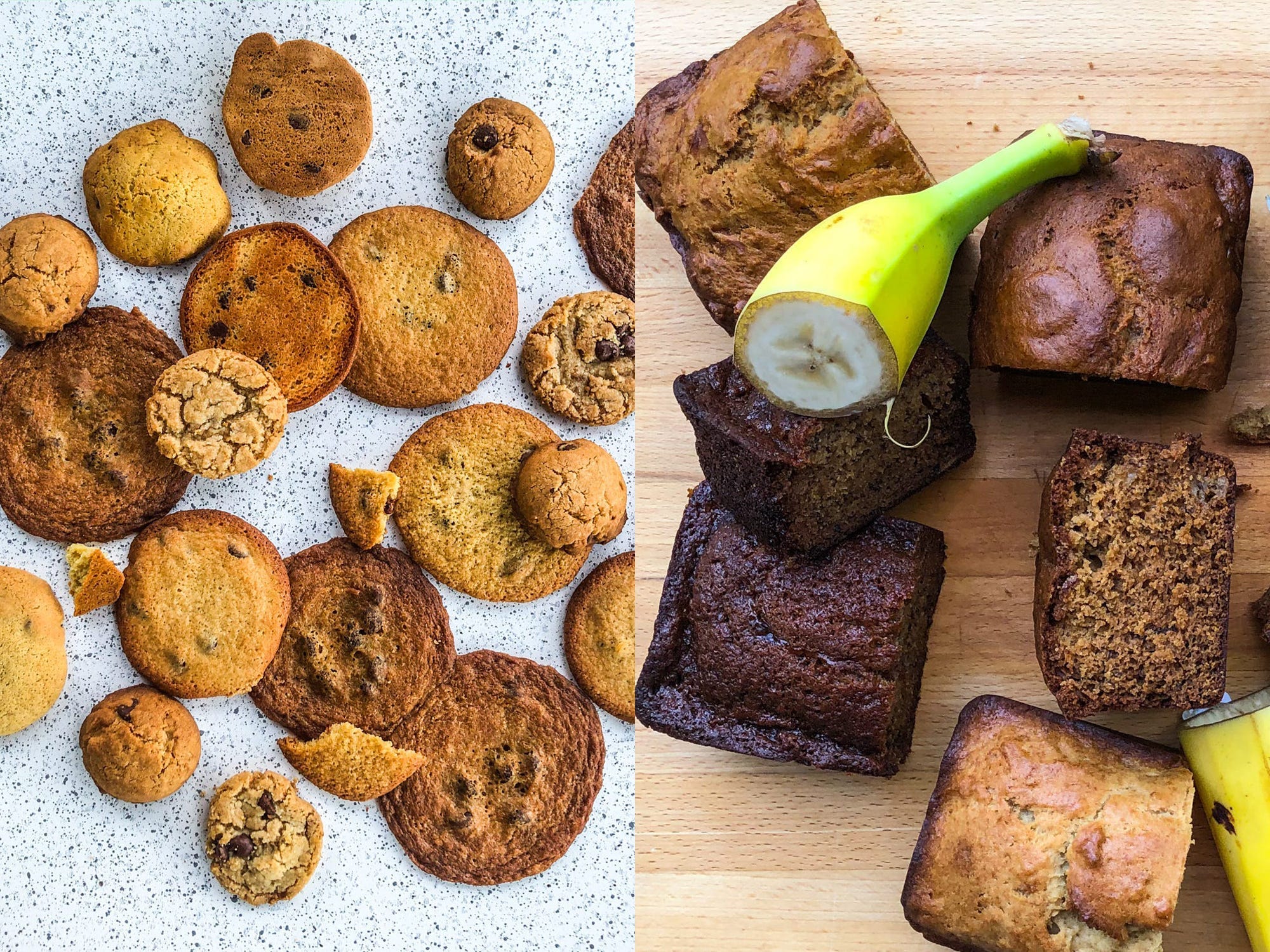 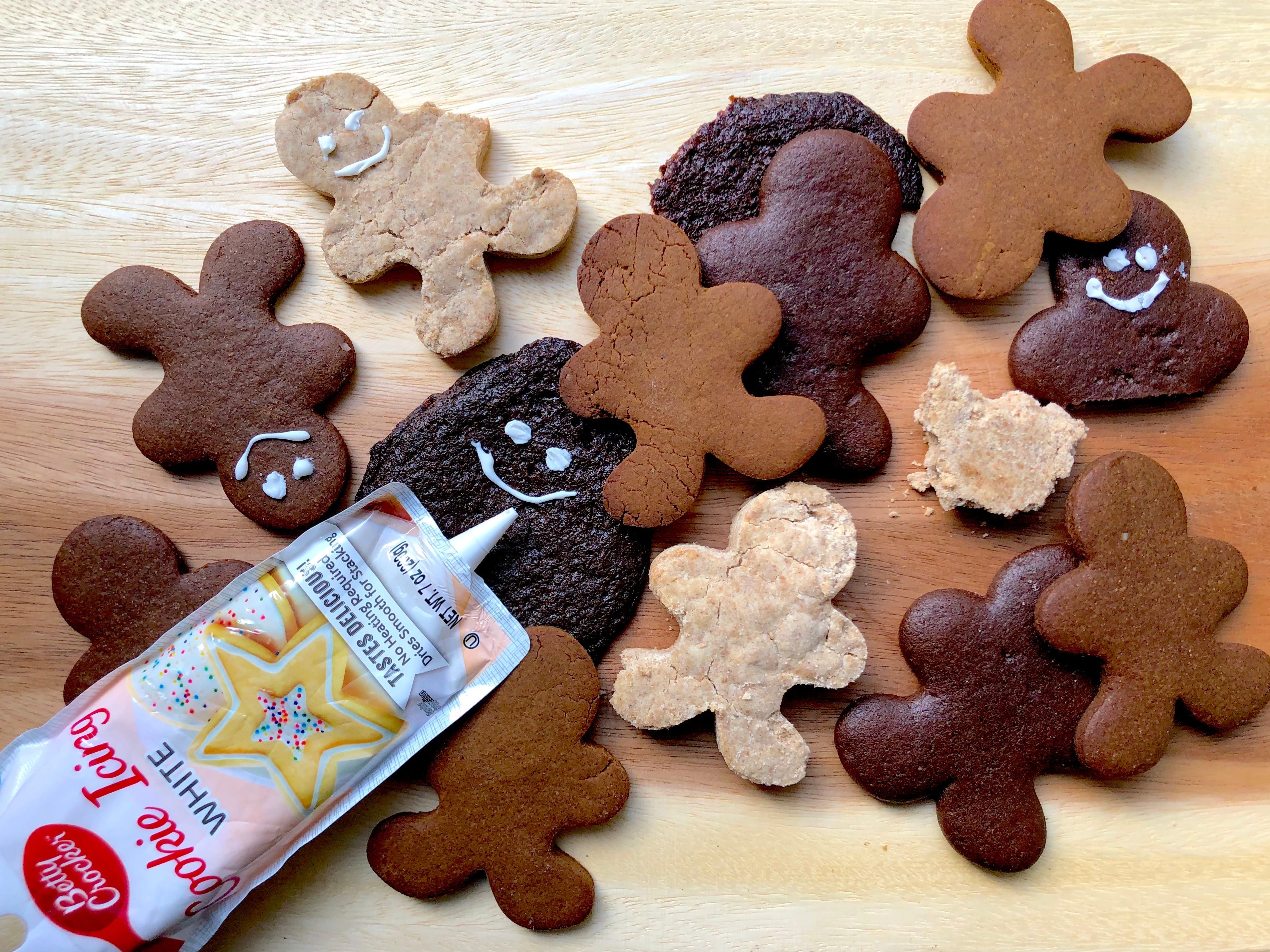 In a recent experiment, I made eight mistakes while baking pumpkin pie from scratch. As a result, I created different versions of the seasonal dessert that each had their own texture. For example, I found that adding extra eggs made a pie with a cakier texture while leaving out eggs […] 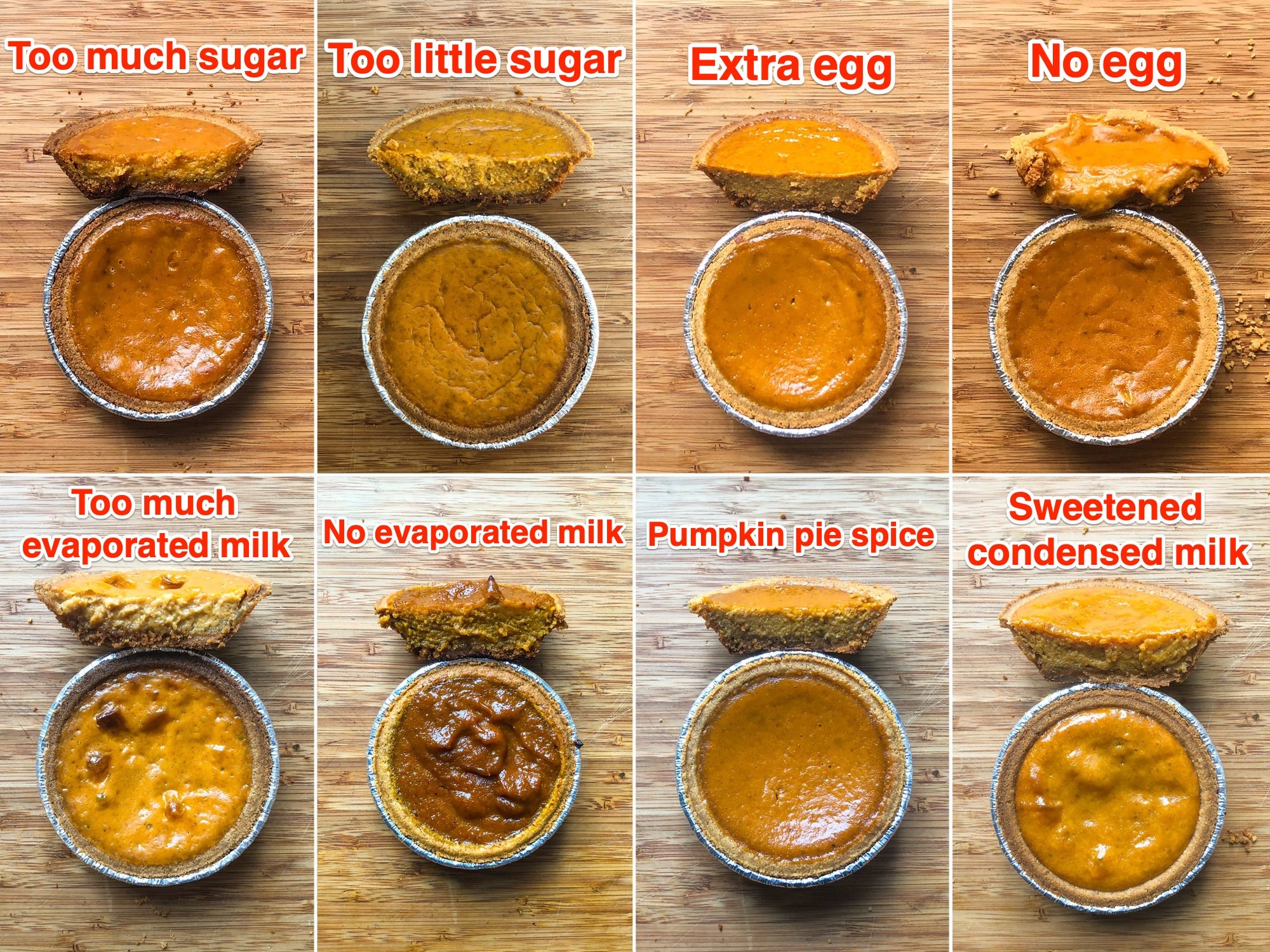 I made scrambled eggs using 10 different methods to see how each would turn out. I compared the methods based on the texture and flavour of the finished egg. Adding heavy cream made the eggs fluffy, but whole milk made them watery. I was always sceptical of chef Gordon Ramsay’s […] 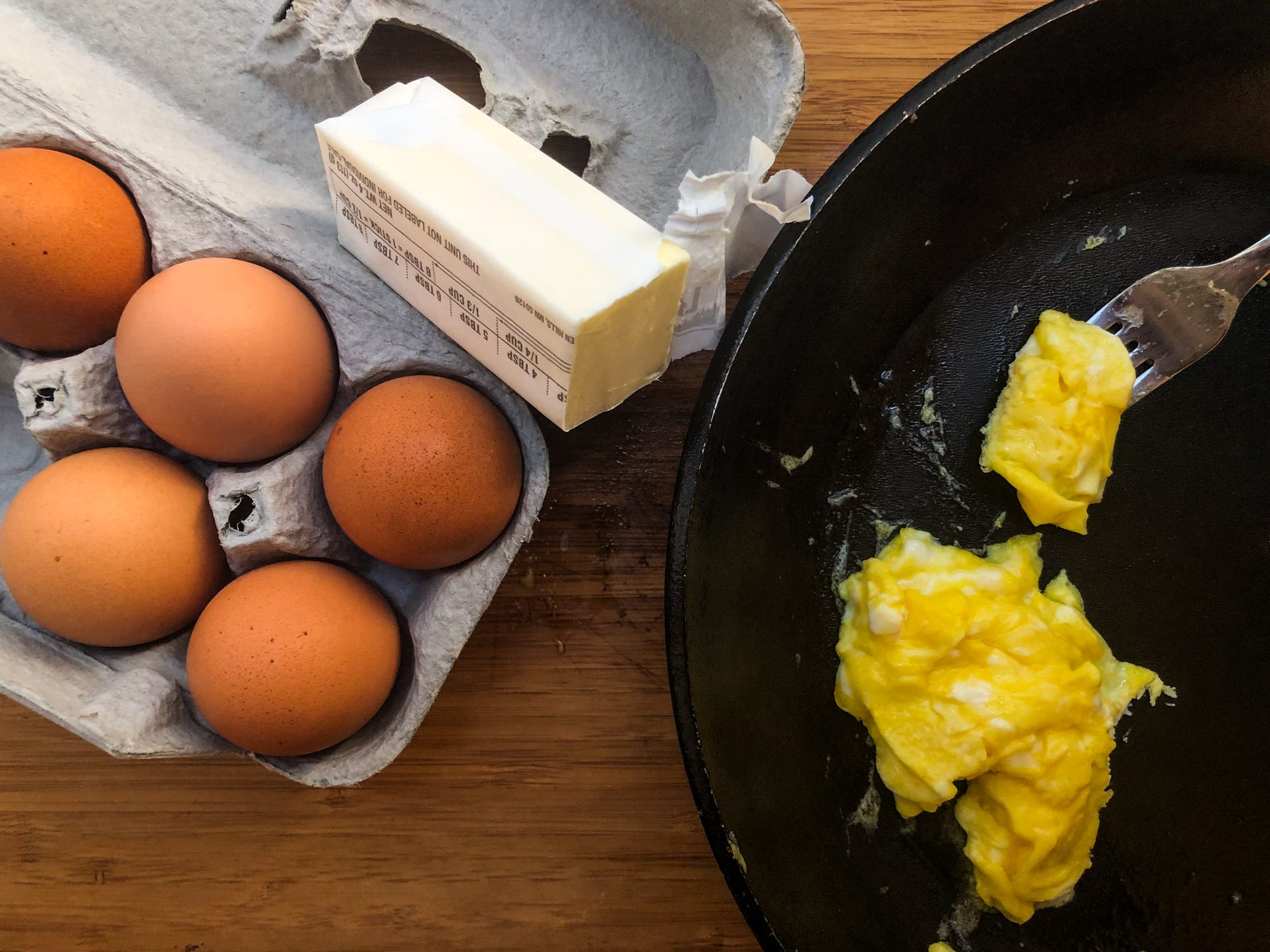 I intentionally made common mistakes while making pancakes from scratch to see how they would affect each batch. From doubling up on eggs to mistaking baking soda for baking powder, the margin for error with homemade pancakes is vast. Adding too much milk made for a sweet, crepe-like pancake while […] 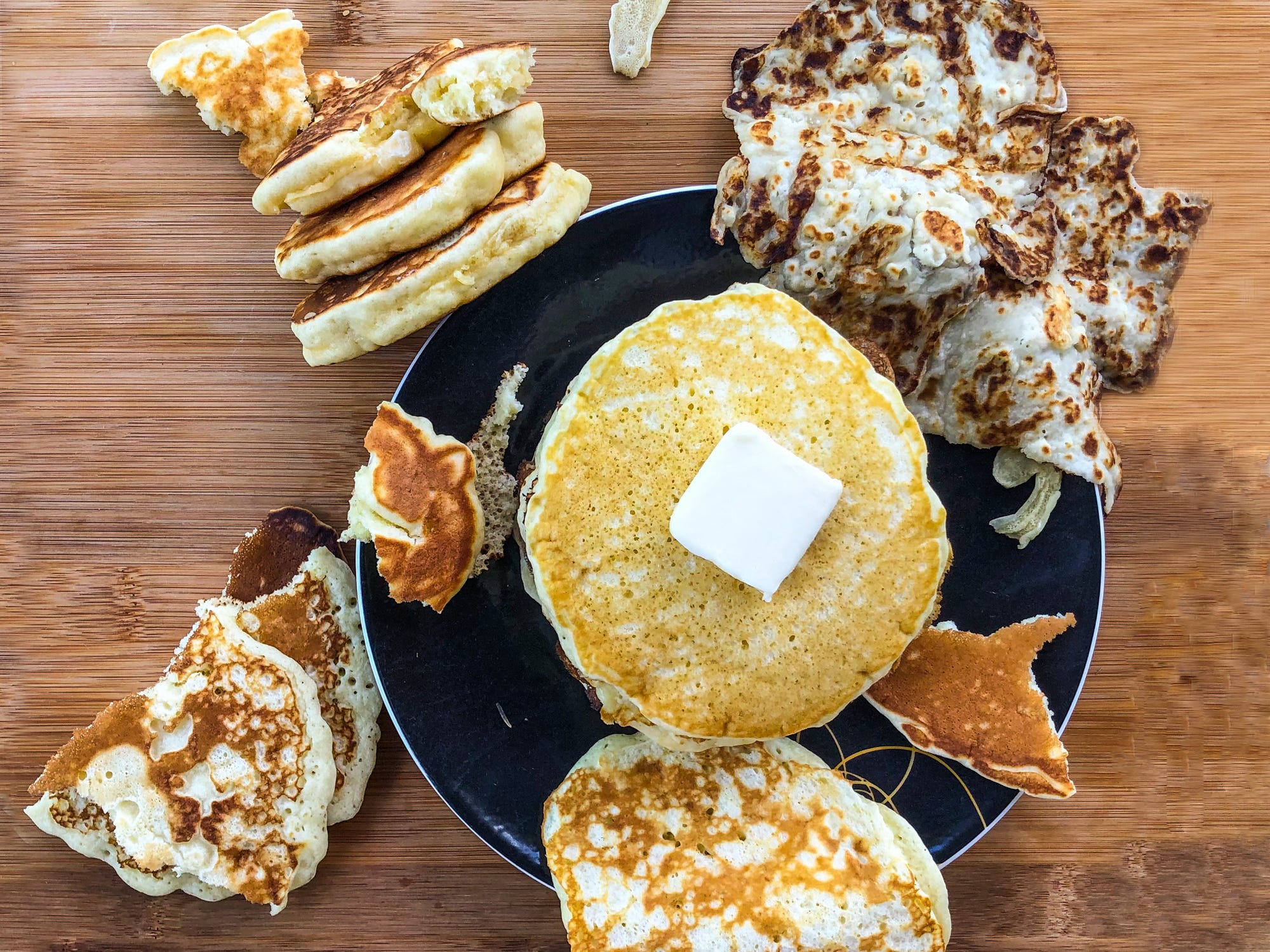 In an attempt to make the perfect hard-boiled egg, I scoured the internet for tips and tricks from bloggers and professionals alike. I chose three popular cooking methods and tried each at four different cook times. I made two eggs for every method/time combination, giving one from each batch a […] 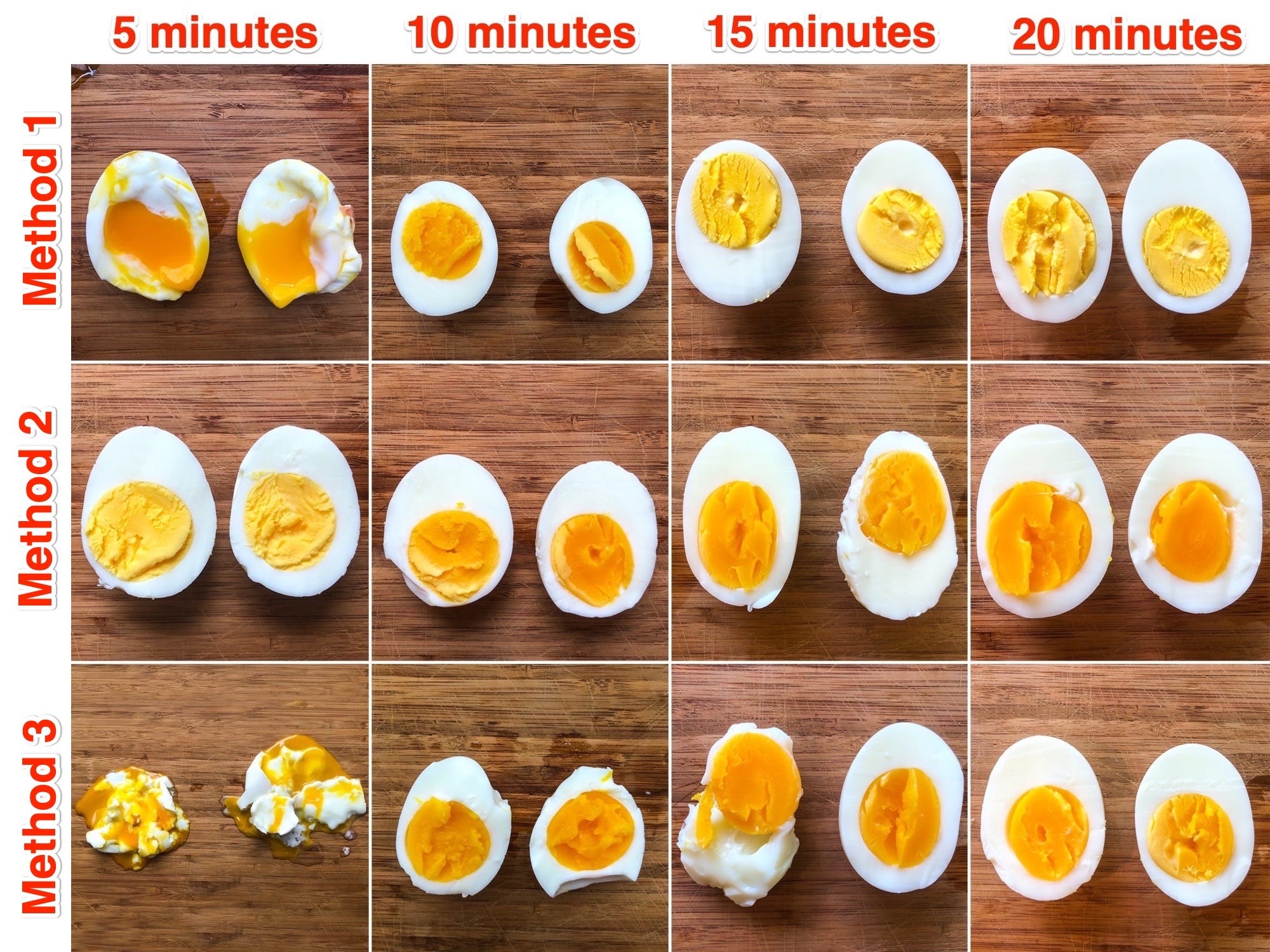 I made 24 hard-boiled eggs in two dozen ways to see how different times and cooking methods could affect their texture, taste, and ease of peeling. Some people bring their water to a boil before dropping their eggs in the pot, while others start their eggs in cold water and […] 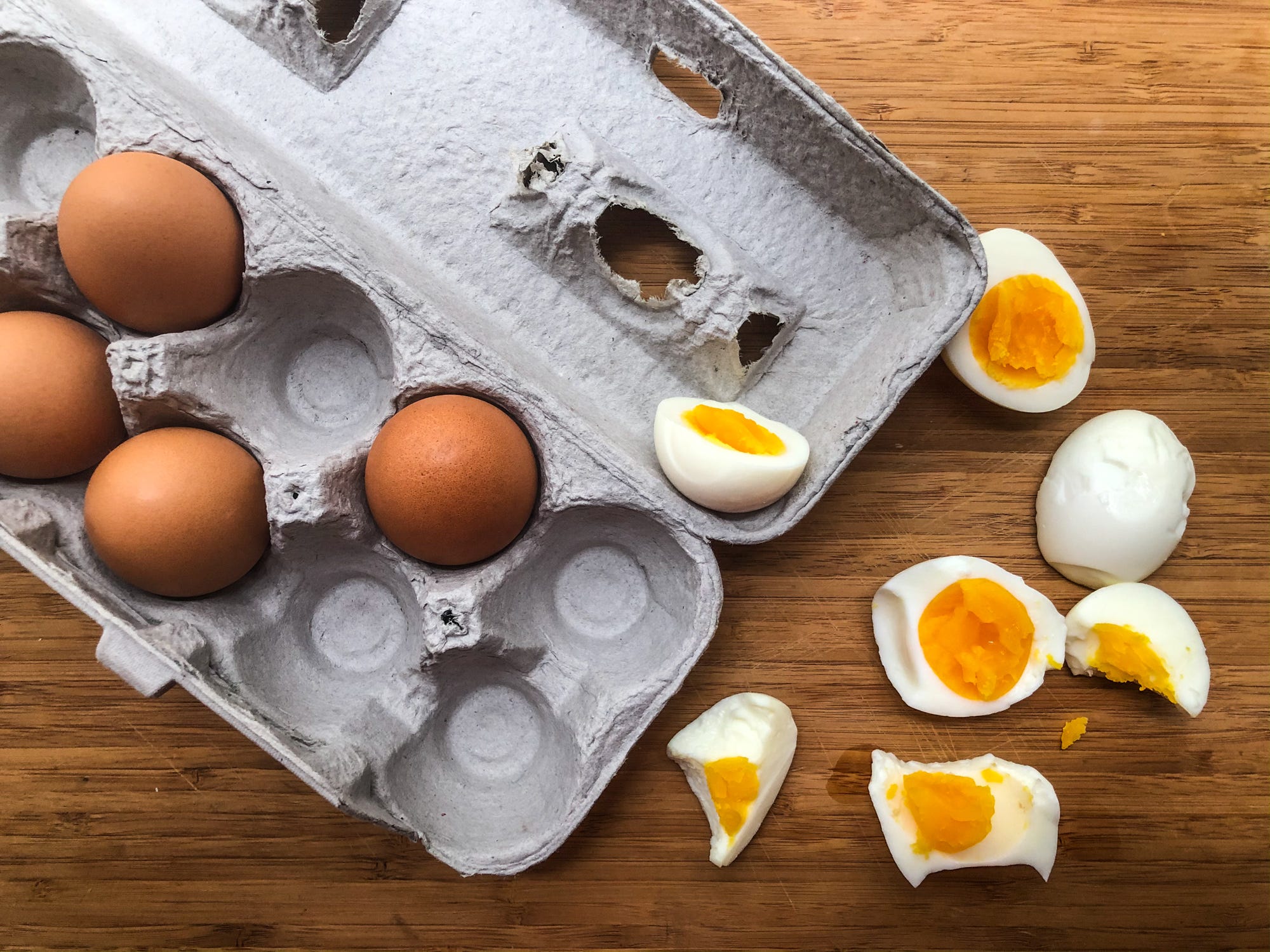 I altered a single brownie recipe nine times to see how each change would affect a batch of the dessert. With each batch, I made a different mistake on purpose to see how it would change the texture and taste. Errors like packing flour and mistaking baking soda for baking […] 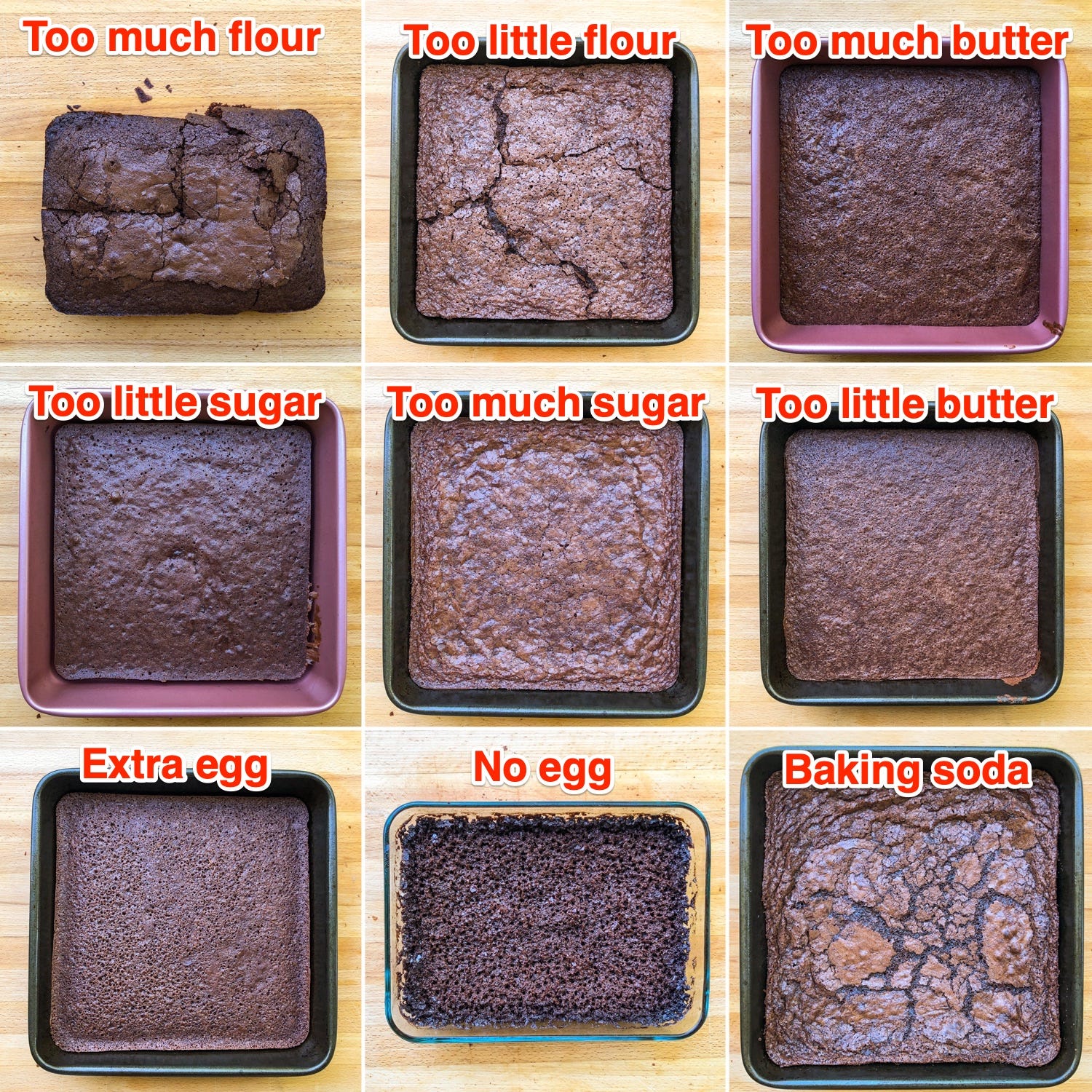 I intentionally made nine common baking mistakes while making brownies to see how each would affect the finished product. From not using enough butter to adding too much flour or mistaking baking soda for baking powder, there are a lot of mess-ups to be made. Leaving out eggs altogether left […] 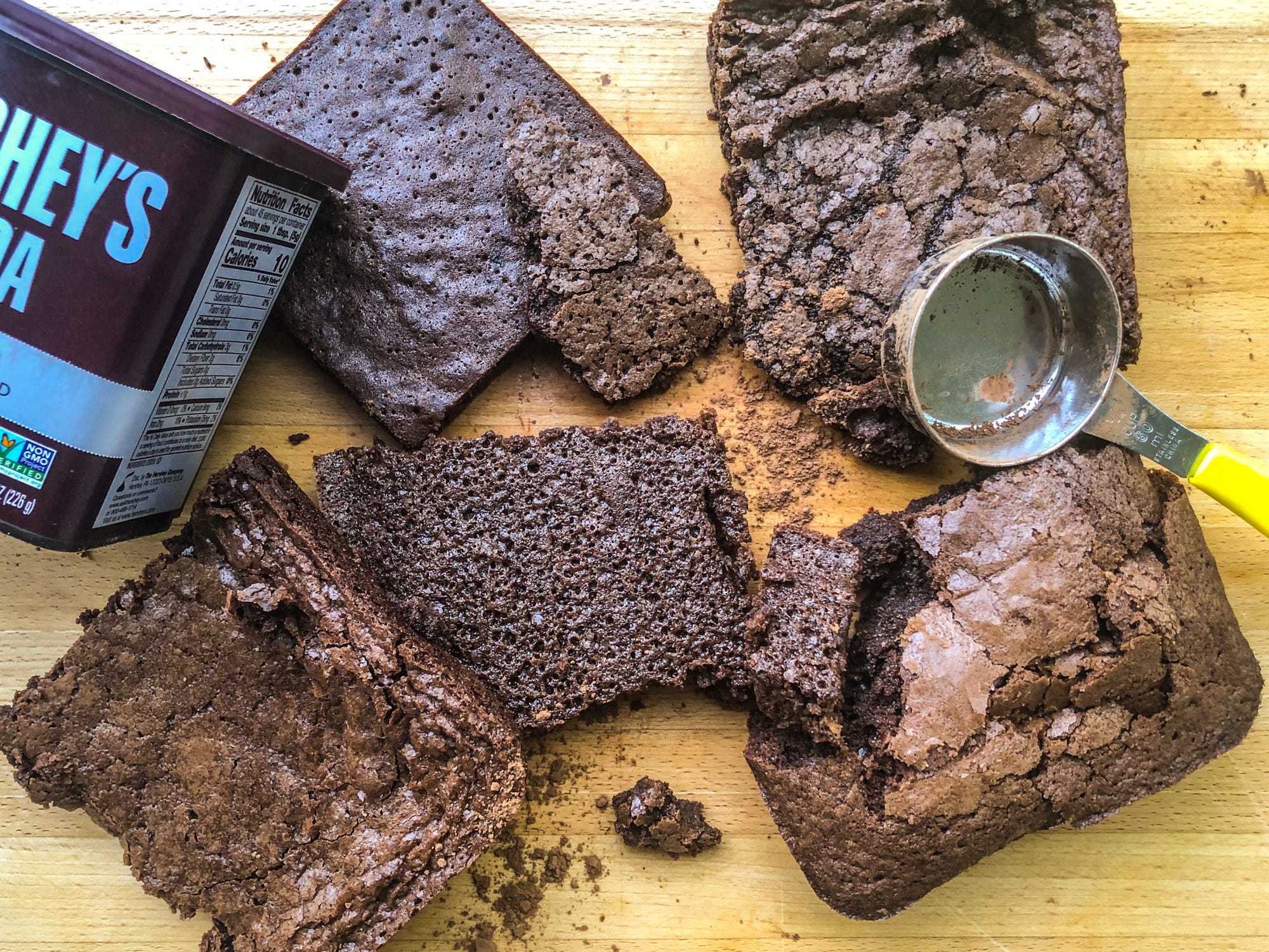 In a recent attempt to figure out how baking banana bread can go wrong, I used one basic recipe to make a dozen mini loaves. With each batch, I made one seemingly small mistake on purpose to see how each would affect the way the bread looked and tasted. Leaving […] 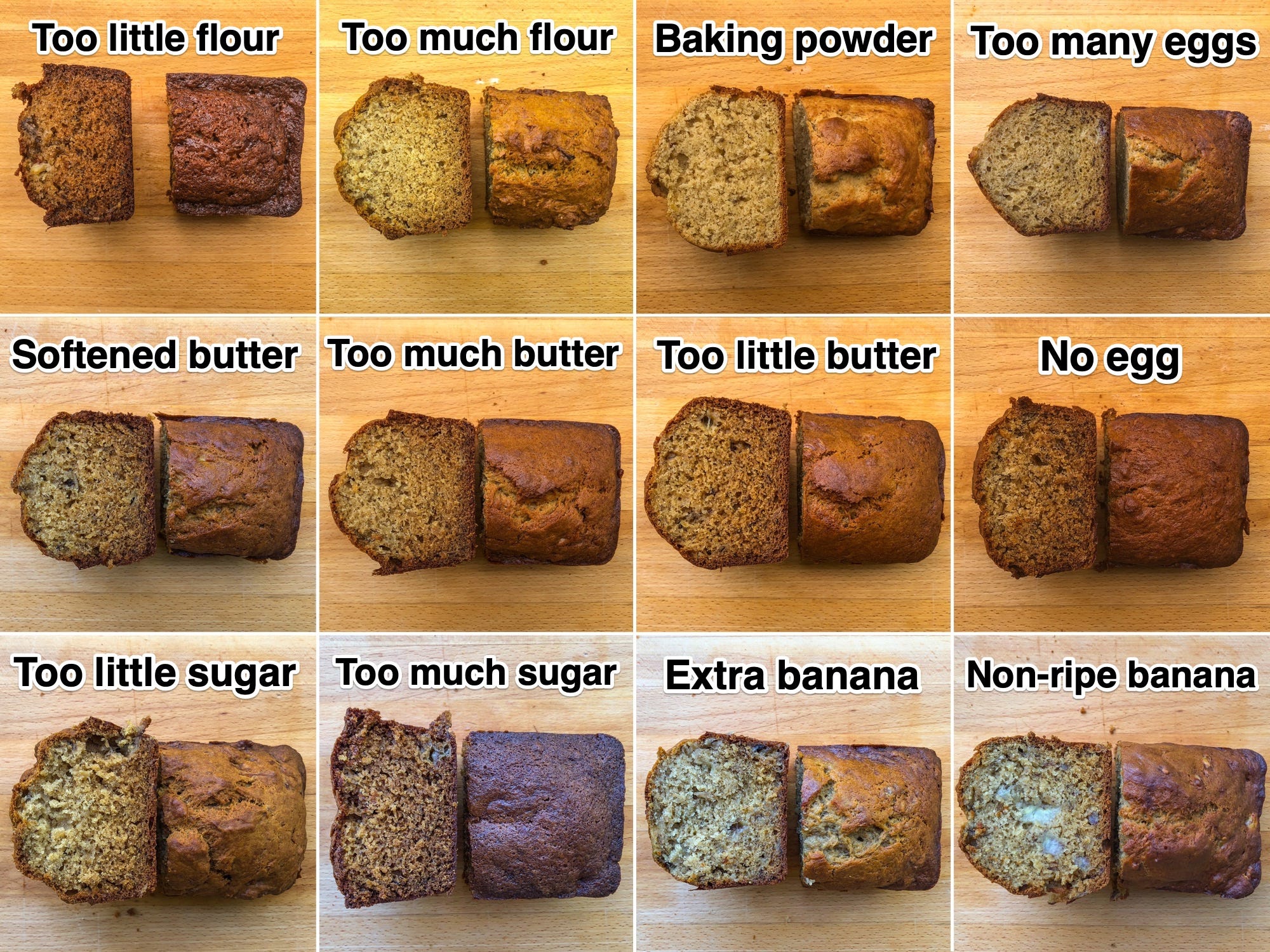 I made common baking mistakes as I was making banana bread to see how they would affect the texture and flavour. Using the lifestyle guru Joanna Gaines’ recipe, I made 12 loaves. Mishaps like improperly measuring out flour and sugar or mistaking baking powder for baking soda can change the […] 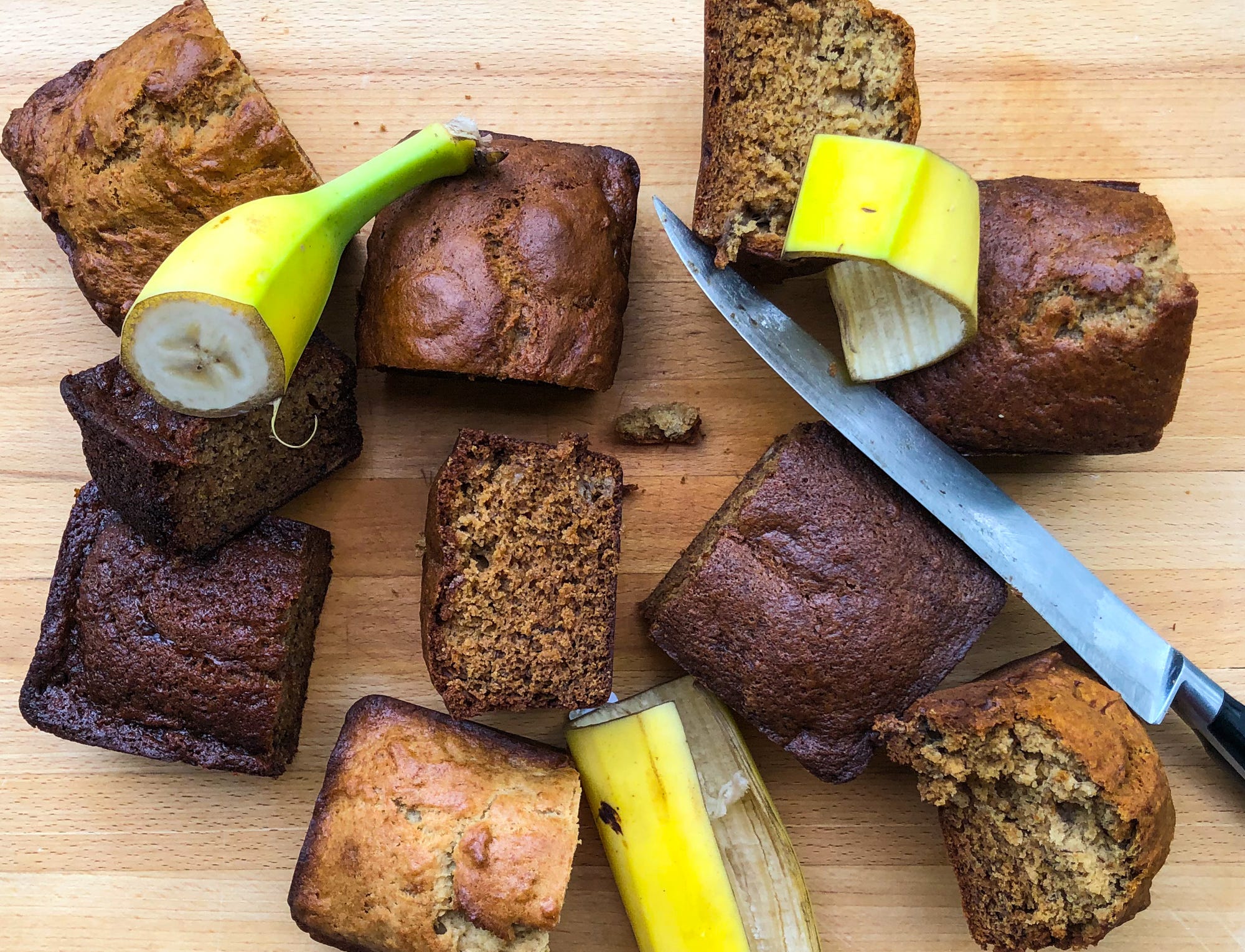 12 bread-baking fails to make you feel better about yourself

Baking bread has become a popular pastime for people at home. All over the world, first-time bakers are trying their hand at fragrant focaccia and airy sourdough. Many social-media users are proud to share their stunning loaves, but some are also willing to show off their failures. Visit Insider’s homepage […] 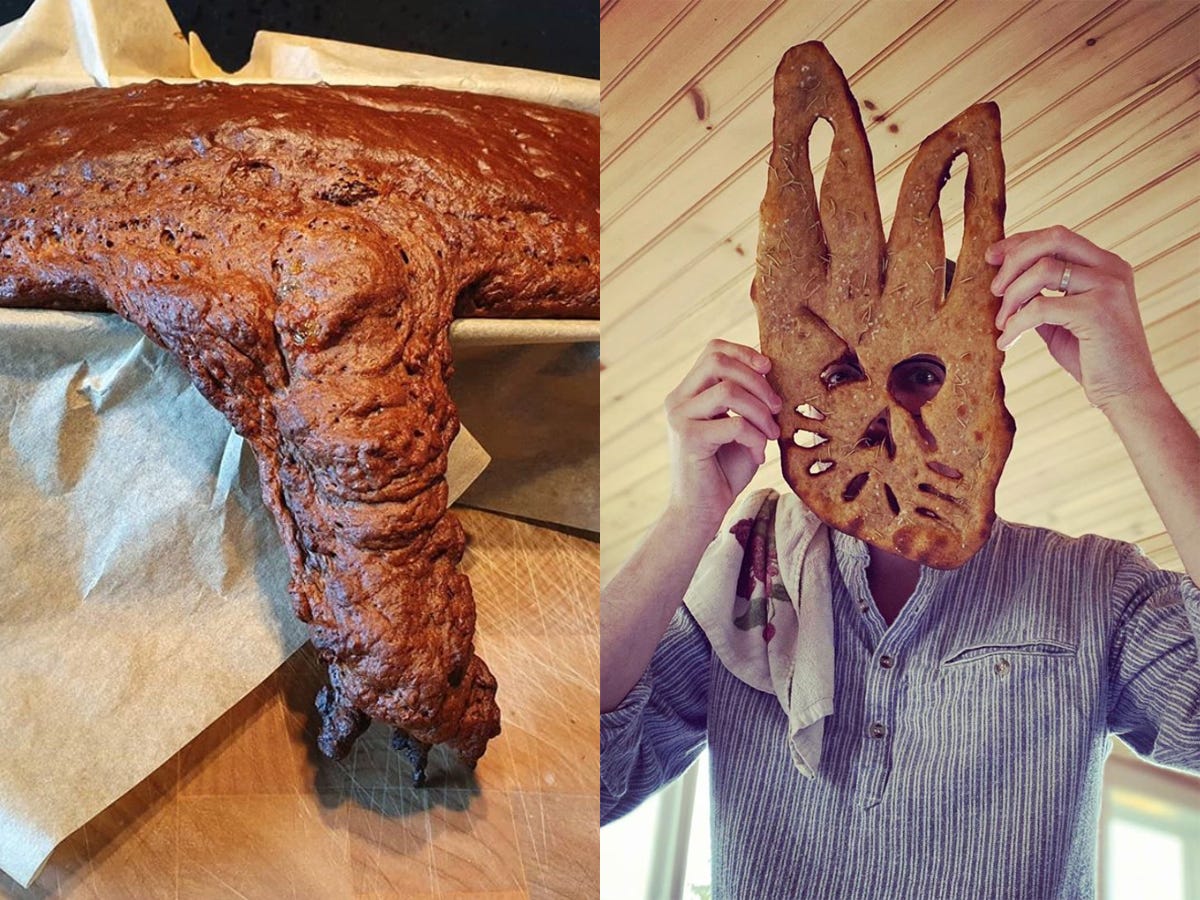 I made common baking mistakes (on purpose!) as I was baking chocolate-chip cookies to see how they would affect the texture and taste. From measuring flour improperly to mistaking baking powder for baking soda, there’s a lot that can go wrong. Leaving out flour resulted in a crispy cookie, and […] 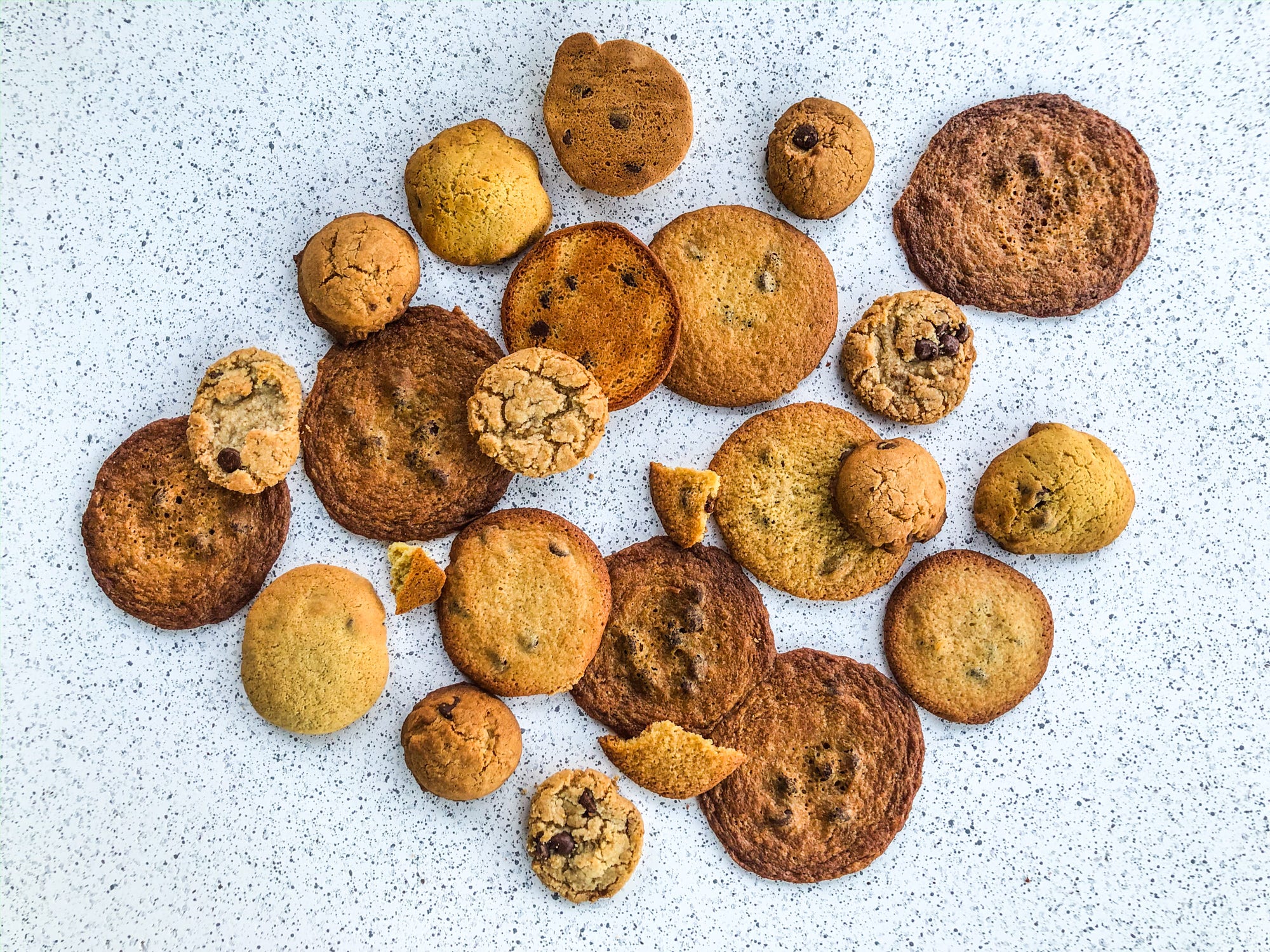 With many staying home more during the pandemic, a lot of people have been trying their hand at baking. Whether it’s cookies, bread, or macarons, home cooks are getting into the kitchen and testing out recipes. Social-media users have seen their share of perfect sourdough loaves on their feeds, but […] 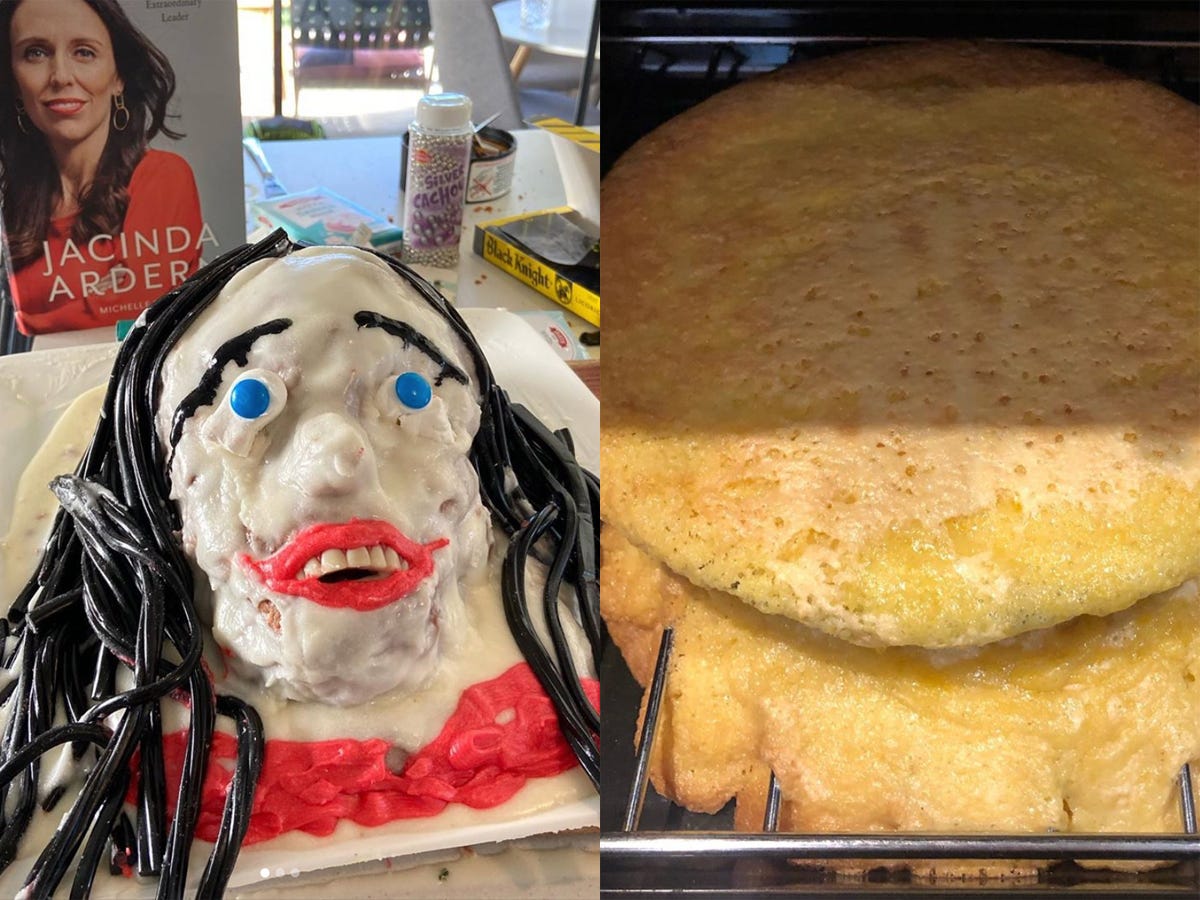 31 celebrities who tried — and failed — to start their own businesses Tons of people got hoverboards for Christmas, and immediately hurt themselves

VIDEO: Even professional athletes are having trouble with them. Thanks to social media, consumers have more...