A former Facebook psychiatrist says she’s been ‘training a machine’ to do her job for 5 years. The result is a $95-a-month drug delivery and online therapy service.

Mimi Winsberg worked as an in-house psychiatrist at Facebook. She left the company in June to focus on Brightside, her digital mental-health service that allows doctors to prescribe medicine for anxiety and depression to patients in 30 US states. The Brightside system has patients record their moods, sleep patterns, and […] 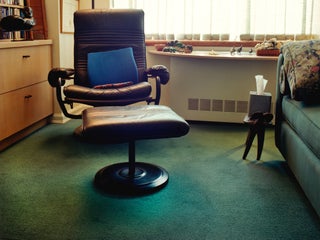 Most Americans are actually fed up with social media, according to national poll

60% of Americans say they don’t trust Facebook with their personal information, according to a recent NBC News/ Wall Street Journal poll. 82 per cent of respondents said that social media sites waste people’s time. The poll, which included 1,000 respondents and was conducted between March 23-March 27, comes as […]

Facebook announced earlier this week that it will be banning all content related to white nationalism and white separatism from its platforms. To bolster efforts to combat hate, Facebook will connect people who search for terms associated with white supremacy to the organisation Life After Hate, founded by former extremists […]

Facebook has released a “coming out” feature on Facebook for National Coming Out Day. Users can choose “came out” as a “major life event” and tell their stories. Facebook released a new feature that helps people come out to their friends and family on social media. Now, in honour of […]