After 10 years of silence, a classic gaming franchise is being resurrected for the next-gen Xbox: ‘Fable’ is back

For the first time in 10 years, a new “Fable” game is in production. The game was announced on Thursday for Microsoft’s next-gen Xbox Series X that’s scheduled to launch this holiday season. A brief teaser was shown, but it’s unclear when the game is scheduled to launch. Check out […] 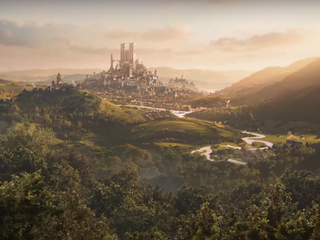 Impossible Foods is hiring in Australia, confirming the US plant-based meat company is taking a shot at the local market

Plant-based meat company Fable held its Sydney launch on Tuesday at the Continental Deli CBD. The restaurant served a range of dishes that incorporated Fable’s plant-based meat, including tartare, cabbage rolls and mafalda corta with ragu. I tried a variety of dishes, with the “meat” being soft and not too […]

Plant-based meat company Fable has launched in Australia, backed by Atlassian co-founder Mike Cannon-Brookes. The company’s products are made primarily from mushrooms but are designed to have the same texture and taste as meat. Fable’s products will be rolled out in restaurants in London, Australia, and in Singapore. Visit Business […]

A classic game franchise is getting a major reboot on Xbox, report says

The long-running third-person action RPG series “Fable” is making a return on Xbox, according to a new report. The franchise has been on hiatus since “Fable 3,” which launched to middling reviews in 2010. The new entry is said to be in production at Playground Games, a UK-based development studio […]